When Norman “Sailor Jerry” Collins first put ink to skin in the late ’20s and uttered the words, “Color is here to stay. Good color that is,” he encapsulated the very essence of the tattoo culture that exploded in the ’90s onto the arms, legs, chests and even faces of almost one in four Americans.

Now, some 40 years after his passing, you can’t stroll down the street without seeing an endless stream of walking canvases sporting pinup queens, tribal bands and portraits of loved ones. No longer are they a rite of passage for soldiers, sailors or those living on the fringe of society that defined ink-lovers a generation or two ago—a 2006 survey by the American Academy of Dermatology revealed that 24 percent of Americans between 18 and 50 are tattooed.

It’s not often that art, food and commerce converge, but after a decade in one of the most challenging businesses to break through, the tattooed-themed INK Eats and Drinks has built a solid following of regulars and bar hounds who frequently gobble up its fare.

“We’re not trying to be a chain or corporate,” says Christina Arntson, bar manager and assistant general manager. “Our success was just [being in] the right time and location—it was like the stars aligned and now we’ve been here for 10 years.”

The scene at INK Eats and Drinks in Midtown reads like a living tribute to Sailor Jerry’s artistic style—the space is open and inviting and sleeved-up with a vibrant adornment of tattooed-inspired art in the classic tattoo tradition.

“Most of the stuff that you see on the ceiling is by a couple of artists at Forever Tattoo, Brent [Patten] and Eiland [Hogan],” Arntson says. “The mural is actually by [David] Garibaldi, who is kind of a big deal now. He did the mural right when we opened.” 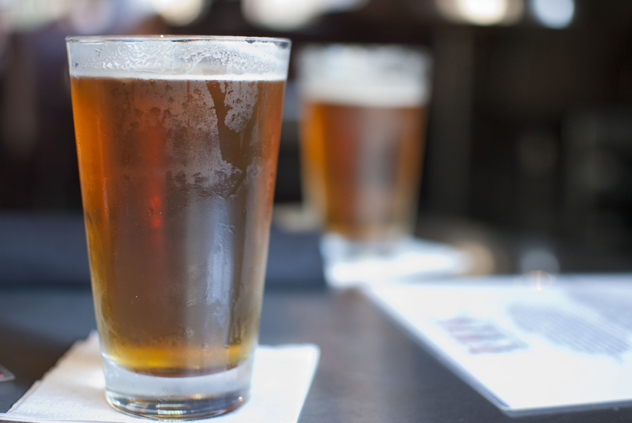 The eatery recently put on a hum-dinger of a bash in celebration of its 10 years on the grid. The daylong affair included the christening of its new outdoor patio, where guest artists flexed their creative muscles with body painting, chalk art and live painting demonstrations. Also on hand were a few of the members of The Sizzling Sirens Burlesque troupe.

“When I was there it was a pretty good turnout,” says Elizabeth Miller, a regular customer and tattoo artist at Relentless Tattoo. “There were some old, familiar faces from back in the day from when we first started going to the first happy hour, so the old-school group from happy hour was there. I got to see faces that I hadn’t seen in a really long time.”

“The first big push was all of our regulars,” Arntson says. “We had a pretty good turnout, but the most important thing was to get all of our regulars together to have a good time and show our appreciation. We also featured our brand new merchandise with our 10-year logo by Liz at Relentless.”

The Relentless ink slinger, who has also decorated the bodies of many of the staff at INK with her work, was allowed to display her artistic chops as well as express her passion for traditional-style pin-up art by designing the restaurant’s T-shirts commemorating its decade-long run in the business.

“Christina approached me to see if I would design a logo for their 10-year anniversary. They gave me some information on what they wanted, they wanted me to use the INK logo, but they let me pretty much pick overall how it would come out,” Miller explains. “The pin-ups on the back were something I came up with to make the 10—tattooing pinups is one of my favorite things.” 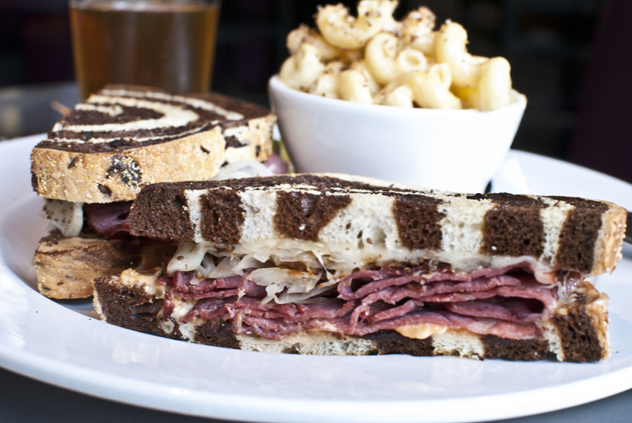 The restaurant boasts an extensive menu that includes classics like burgers, sliders, hot wings and macaroni and cheese, but it’s their dedication to their guests with daily specials that keeps their doors swinging open with a parade of guest after guest. Every day there’s a special deal; on “Medical Monday” members of the medical industry can score 35 percent off of dine-in or to-go eats, on “Taco Tuesday” flashing your ink gets you $3 drafts, $5 wine and $3 Tuaca shots, on “Whiskey Bum Wednesday” whiskey specials flow all night long with $3 whiskey cocktails and $3 Jameson shots, while Thursday draws in the many construction crews working nearby with their “Hard Hat Lunch” where workers get 35 percent off their tab.

On the weekends, when brunch reigns supreme on the grid and everyone seems to be doing bottomless mimosas and build-your-own bloody Mary bars, Arntson is looking to steer people away from the typical brunch bevvies.

“I know people are all about the bottomless mimosas, but I’ve been trying to incorporate other things. I have a five-dollar breakfast cocktail menu,” Arntson explains. “I’m starting to do St. Germain sangria pitchers with all seasonal, fresh fruit.” 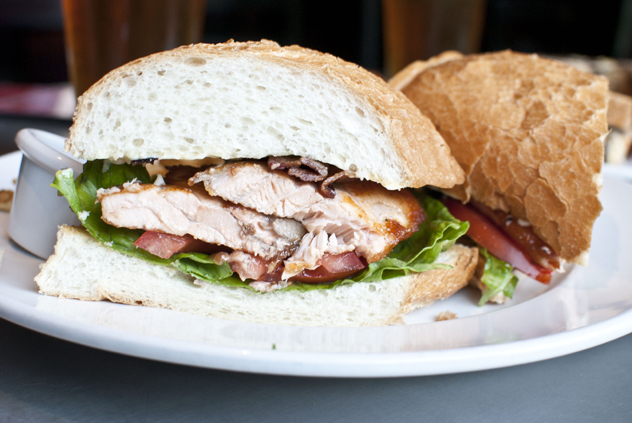 A recent trip to the restaurant proved why the spot has been around for 10 years. The room was bustling with construction workers enjoying a quick break from the dust and grime while chatting it up with the wait staff. The staff, while obviously enjoying the jokes and stories being told by the construction workers, still managed to provide impeccable and attentive service to the rest of the diners in the room.

The food didn’t disappoint either. The mac and cheese was a display of ooey-gooey goodness, the salmon BLT was an artful display of smoky succulence, the classic Reuben, while not overloaded with pastrami, was lightly dressed in Thousand Island and lovingly sandwiched between two slices of a soft and buttery marble rye and their fried calamari was a study in deep-fried perfection—not too chewy or reminiscent of an old rubber tire.

“My absolute favorite is the grilled triple cheese and a cider,” Miller says. “I get that every time. They put Parmesan cheese on the outside of the bread and then they grill it—it’s buttery and the top of the bread has that kind of burnt cheese on the top.”

Miller also says that while tattoo art typically resides on the human flesh, she is currently working on art for two local restaurants. Proof that the trend set by INK wasn’t just a gimmicky ploy to wrangle in diners.

“I think when people see the art in INK, they look at tattoo art in a different light,” Miller says. “I think that’s why a lot more restaurants are steering toward that [design aesthetic] because I think they realize tattoo artists aren’t just tattoo artists—they can do a lot of other cool things, too.”

Somewhere in tattoo heaven Sailor Jerry is beaming with pride. 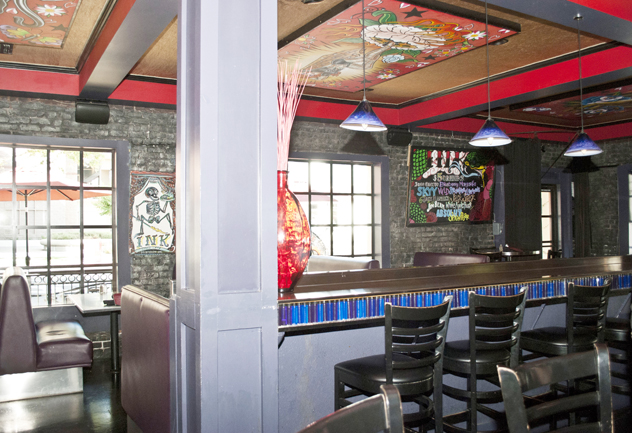