When John Boyer was an 8-year-old latchkey kid in Saginaw, Michigan, he pulled a three-legged bullfrog from an oil-ridden pond and became instantly upset. The natural habitats of where he grew up had been devastated by General Motors and industrial-grade chemicals. “I became really withdrawn, introverted and worried. All I did was play outside, and seeing everything being destroyed really affected me,” Boyer said. From then on, John was doing everything he could to protect the nature he loved so much. He even recalls sending his tiny $10 savings to the Jacques Cousteau Society.

When he was 19, he worked as a night watchman at a halfway house for recovering heroin addicts to put himself through college and to ditch his hometown. “My goal was to go west. I saved all my money, bought a touring bike and loaded it with a sleeping bag and a few belongings,” Boyer recalled. “I headed west and never turned back.”

He now owns Edible Pedal, the quaint and multi-faceted bike shop located in the Old Soul alley. From here he spreads his passion for sustainability that he acquired at such a young age. Edible Pedal first started as a small food delivery service in the downtown/Midtown area back in 2009, but quickly grew into the dynamic facility for everything anti-vehicle, pro-local and sustainable. For years, Boyer worked as a seasoned server at several local restaurants. His jobs in the service-industry left him dried out and distracted him from his humble roots as an active environmentalist. One of two of his kids lived in Spain, so he took an extensive trip to see her, only packing a light foldable bike and some essentials. For weeks, he traveled along the Spanish coast via bicycle and train, not once opening a car door.

“The experience of being self-reliant on transportation, and the freedom of a bicycle during this trip was one that really offered me a defining moment in my life,” Boyer said. “I felt like it breathed new life into me. I finally felt that I had something to contribute, and that was my passion for bicycles and sustainability.” 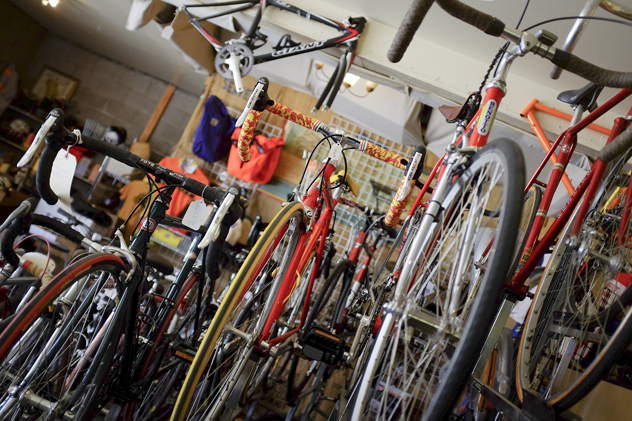 When he returned to the States, Boyer had the idea of replacing cars used for food delivery with bicycles. He started with Steamers in Old Sac, delivering dozens of sandwiches for the cafe, to local office buildings using his cargo bike. Eventually, he was biking orders all over town for restaurants like Magpie, Hot Italian and Thai Basil.

“I offered my services to those restaurants, because I felt like they were already reputable places that were going the extra mile to be a bit more sustainable than others,” he explained. “Hot Italian has especially always been above the curve and quite revolutionary with the way they do things. Its almost like I wanted to help add on to their already admirable business models from an environmental sustainability standpoint.”

In 2010, a spot opened up in the Old Soul alley, and Boyer immediately jumped on it. He had a vision of having a solid headquarters for Edible Pedal, as well as becoming more proactive with trying to keep more people out of their cars and onto bikes. Along that cozy, brick-paved alley, Edible Pedal began not only selling and repairing bikes, but becoming a resourceful and creative hub of the anti-car culture.

Five years later, and Edible Pedal is running stronger than ever. The company’s main objective remains to assist the slow food and farm-to-table movements in transporting quality food to the Sacramento area, encouraging the consumption of food from the local ecosystem, and to avoid eating fast or big-business food. Edible Pedal has won the Snail of Approval award from Slow Food Sacramento for going above and beyond. According to Slow Food Sacramento, “The Snail of Approval program is designed to recognize local businesses that contribute to the quality, authenticity and sustainability of food in the Sacramento community. The Snail of Approval is granted based on the three basic principles of the Slow Food movement: good (authentic flavor), clean (grown and produced so it does not harm the environment) and fair (food producers receive fair compensation).”

In addition to the bike operations and delivering food for restaurants, Edible Pedal has also become a food distribution spot. Anyone can order affordable, seasonal, locally-grown produce boxes for weekly pickup in the bike shop from Say Hay farms and Good Humus. You can even opt to include flowers and bread.

Recently, John saw a need in the West Sacramento area for a legitimate bicycle resource and the other services his shop provides. In a combined effort with Brian Asch, they duplicated their Midtown shop at 328 3rd Street in West Sacramento. “I didn’t want to go where there was another bike shop. I don’t believe in putting a bike shop directly in the area of another bike shop,” said Boyer. “That part of the city now has a resource to hopefully help inspire people to get on their bike a little more.” 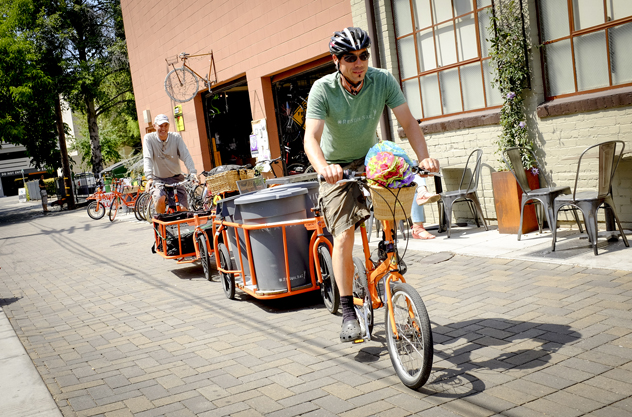 So as to not leave anyone out, food deliveries have grown to include pet feed. “I do it especially because I think of all the animals who are therapeutic for people who might not be able to leave their homes. I make it easy and allow it so the pet food can be delivered to your door along with your own food,” said Boyer. Pet food can be ordered through Western Feed via the link on the Edible Pedal website.

With bike month in full throttle, Boyer’s tips are simple. “It really is the small things that make a big difference,” he said, “just get some nice big baskets and hop on your bike to pick up groceries instead of jumping in your car. Even once a week. We spend thousands a year on keeping a car. Think of the vacation you can take with that money if you are saving it and biking instead.”

Essentially, getting on your bike, period, whether it be to lessen your reliance on automobiles or for leisure, is a great way to embody bike month in May and beyond.

Why don’t more people bike? Boyer thinks it is because we live in a culture where people don’t think they have the time or energy for it, or they feel like it is unsafe. “A lot of parents don’t push their kids outdoors anymore,” he said. “Everything is so reliant and cars and being indoors. This obviously only gets stronger as they grow older. They become addicted to their car and the quickness of life.

“Riding a bike takes time,” Boyer went on to say. “Time has become so valuable, so people just shoo biking off as something only people with a lot of leisure time do. In reality, bikes can be much quicker, plus you get a workout. Man’s inability to move really plagues us. Half the battle is actually getting up and doing it.” 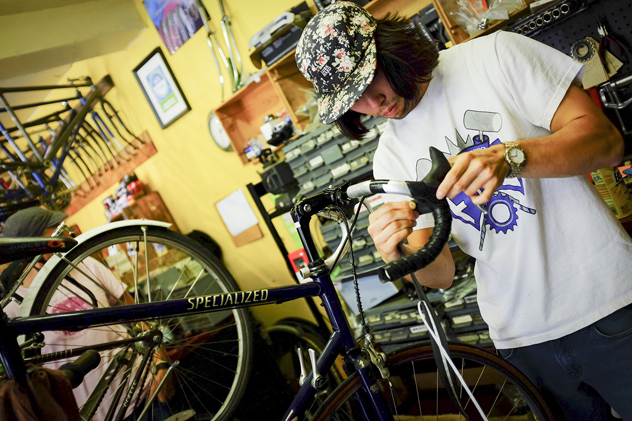 Go to Ediblepedal.com to see the list of Edible Pedal’s participating restaurants. Edible Pedal is located at 328 West 3rd Street in West Sacramento, and in Midtown at 1712 Liestal Row (in the alley). Check website for hours.