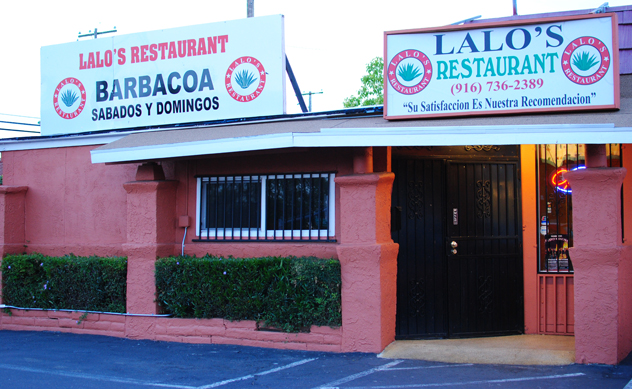 A sure thing, a safe bet—these concepts typically hold water. Death and taxes instantly come to mind.
But, in the restaurant world, even a sure thing can erode into disappointment, which was recently my experience with Lalo’s Restaurant, a Mexican restaurant tucked in the corner of a mini mall near Sacramento City College.

I first became acquainted with Lalo’s when some of the homies introduced me to it nearly 10 years ago. Its laidback style was comforting, the food proved tasty, the prices were reasonable and the menu boasted a selection of ingredients and dishes that I’d rarely seen in other Mexican joints—huitlacoche (corn smut) and flor de calabaza (squash blossom) quesadillas but namely, the molcajete.

The molcajete is the Mexican version of the mortar and pestle. But at Lalo’s, it’s a simmering volcanic eruption of meaty goodness that includes chicken, steak and chorizo, floating in a sea of spicy green salsa, topped with a glorious crown of mozzarella cheese and nopal (cactus) draped along the lip of the stone vessel. That evening I opted for the flor de calabaza quesadilla, but when my friend was presented with the molcajete, the sizzling pot of goodies, I knew I had not chosen wisely.

Noticing the food-lust in my gaze, he was nice enough to offer me a taste. A taste I never forgot. 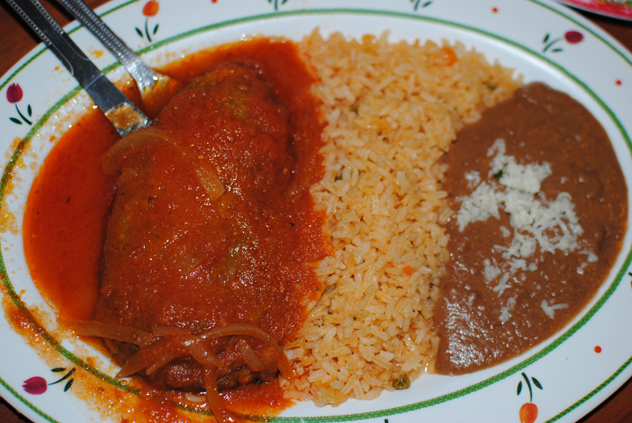 Recently, when afforded the opportunity to revisit this humble abode of Mexican food delights, I regaled its qualities to my dining companion for the evening. Longing for that molcajete, I boasted. I bragged. I convinced. And so we went.

The restaurant was just as I remembered: Brightly painted walls in yellow and orange adorned with a smattering of Mexican art, and a trio of self-serve beverage dispensers with aguas frescas and horchata. And while you won’t find any cervezas or margaritas on the menu, there are plenty of other options like orange, carrot and beet juice, banana, mango and papaya milkshakes and Mexican Coca Cola in that familiar glass bottle.

At the counter, where it’s customary to place your order, but not required, as they do offer table service, my salivary glands were in overdrive. The menu is robust—tacos on the cheap at $1.25 a pop, tortas, quesadillas, sopes, enchiladas, burritos and tamales. But the abundance doesn’t end there because the selection of innards with which to fill your vessel of choice is plentiful. From the typical (grilled steak, pork, chicken, cheese, potato, mushrooms and beef brisket) to the adventurous (pork esophagus, beef head, tongue and tripe) there’s something for everyone.

I knew I had to have that molcajete, but faced with so many choices, I opted for their street tacos as an accompaniment and ordered two: carnitas and lengua. 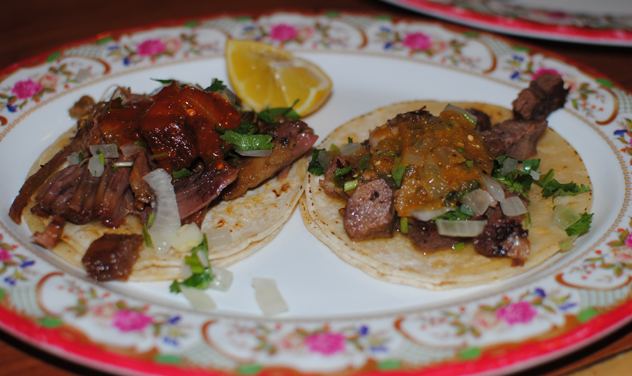 As someone who has happily ingested lengua (that’s right kids, tongue), and who also judges every Mexican eatery by the quality of its carnitas, I joyfully placed my order. My homegirl from the barrio (OK, I can say that because she’s from East L.A.) decided to take on their chile relleno. By the way, her grandmother is from New Mexico where the real chile comes from—the Hatch chile, so she knows her way around a chile.

Our server greeted us with a tasty offering of homemade chips and a duo of fresh tomato salsa, a mild version and its spicy counterpart. When she returned with the goods, we dove in with gusto. The tacos received mixed reviews—the carnitas stood up to any of the best in town, but the lengua, while tender, had morsels that were a bit too fatty.

Disappointed, but not discouraged, I took a few bites of homegirl’s relleno, which was accompanied by the requisite side, rice and beans. While I have experienced a few soggy, withered and bland chile rellenos in my time, this was simply unremarkable. It wasn’t soggy, nor withered; to the contrary the chile still had a bit of bite to it, which I actually like, but it was smothered in a sauce that neither I, nor my companion, could place as Mexican. 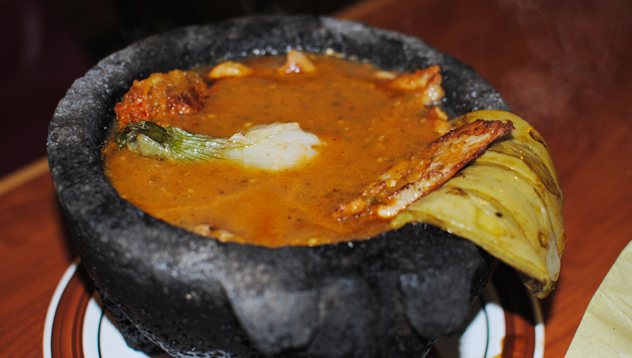 But, this was quickly forgotten when that familiar bubbling cauldron of molcajete arrived at the table. The smoky aroma and the steam rising from its meaty contents excited me and I immediately recalled that moment all of those years ago when I looked across the table at my friend who devoured its soupy goodness with glee.

As soon as it hit my lips, I knew something was amiss. While it was good, it wasn’t great. The meat was tender and the sauce still had that luscious, spicy flavor I remembered, but it had lost something. Or, rather, something had been added in abundance: salt. I had a few bites, and then sadly gazed at my companion, bagged up the remains and sulked to car.

Perhaps they were having an off night. And while I may give them another opportunity to impress my palate as they had done all those years ago, I suppose nothing is a sure thing in this world.