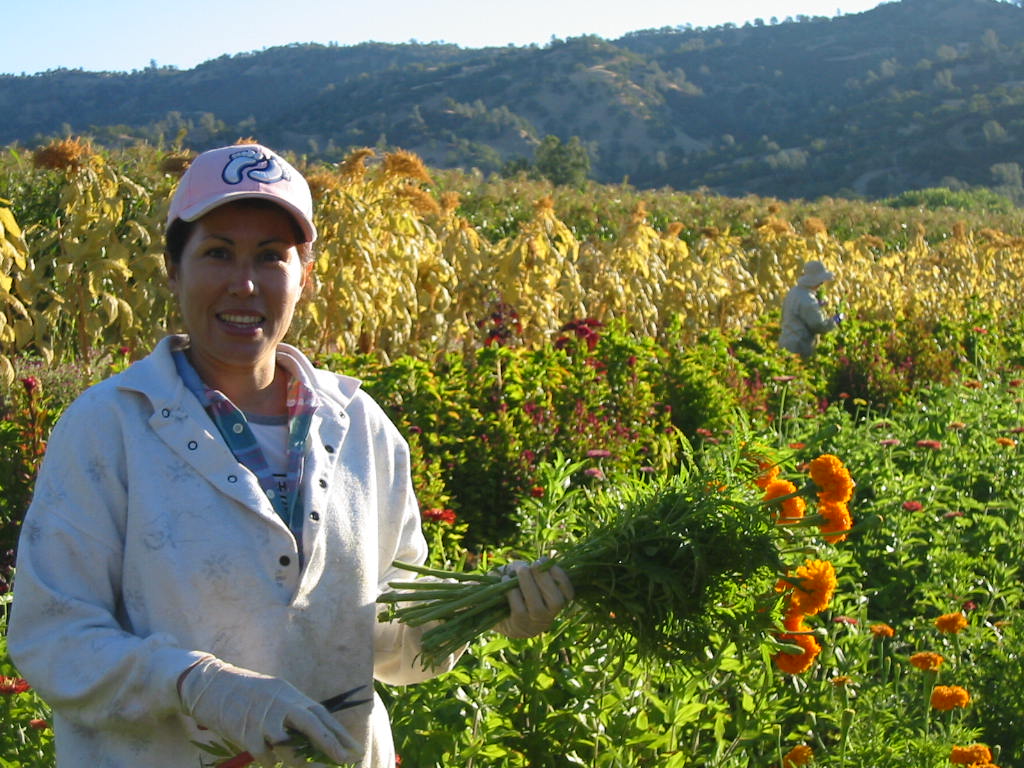 Crossbred stone fruit has been a high for foodies these days. Apriums, tomato plums, necterlums and the like have spurred interest and curiosity in Sacramento.

While perusing the produce section of the Sacramento Natural Foods Co-op last week, I had an eye out for new fruit mixtures like the plumarines I saw a few weeks prior.

Although there were no “new” fruits, a large presence of summer produce not yet saturating the farmers market scene prevailed. Long, thin, furry-skinned Armenian cucumber and various melons like Galia, Charentais and Ambrosia were prominently presented. Next to each, a little laminated card explained their local origin from “58 miles” away at Full Belly Farm in the Capay Valley.

Much like many an urbanite, relishing farmers market visits as actively connecting to my food source was as close to the farm as I got. The idea of farm forays was too rural for my metropolitan mindset; therefore, I’d never seen where local produce is grown or how it’s processed for shipping the short distance to Sacramento.

I had questions like, “What’s special about this farm?” and “Why is our Natural Foods Co-op featuring so much produce from this farm?”

With the largest 100 percent organic produce section in the United States, the Sacramento Natural Foods Co-op insures most of its produce is local–within 200 miles, Williams said. At least 80 percent of farms providing produce for Co-op shoppers are within those parameters, she said.

Aside from obvious health benefits, my interest in organic produce is barely beyond skin-deep. Call me a superficial shopper, but the true-fruit smell and appearance of organic produce always attracts me. Since organic produce usually tastes better, fresher, more of earth-grown goodness, I definitely judge produce as I initially do books: by the cover.

Speaking of beauty, Williams said aside from featuring most of Full Belly Farm’s crop, “It’s also the most beautiful of area farms.”

Fifty-eight miles seemed like a world away and the Capay Valley was a place I’d never heard of. I needed to see this farm for myself and made the produce pilgrimage to Guinda, Calif.

As it is busy season for farming, I called and made an appointment to visit.

The hour-drive northwest from Midtown was interesting. After passing Woodland and Cache Creek Casino and coasting into the gorgeously narrow Capay Valley, I lost cellular reception minutes before turning right on Road 43 into Full Belly Farm.

It was mid-afternoon and the sun was splashing down the steep hills of the valley, pooling over the farm. Co-owner Judith Redmond greeted me as I walked into a thankfully shadowy barn-like structure. Circle-spectacled and wide-smiled, Redmond spoke warmly but informatively with me about various types of produce, while particularly hand-packing fragrant, multi-colored heirloom tomatoes into cushioned cardboard boxes.

Local farmers grow tons of crossbreeds, and have for decades, practicing on-site agronomy to see what “flourishes in their geographical location.”

“Farmers are trying to take back their rightful place as stewards of plant-growing resources,” Redmond said. 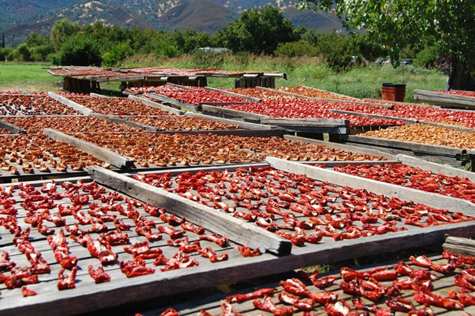 Saving the items with the most desirable qualities, hybridizing is a seasons-long process. And hybrid produce are the end of the line genetically–their seeds won’t produce more with like characteristics, Redmond explained.

Although unpredictable, hybridization and cross-pollination can occur in nature, both agronomy practices can be accomplished in a scientific lab. Farmers can also manually cultivate hybrid produce and facilitate cross-pollination, but the process is expensive, drawn-out and unsuccessful, Redmond said.

When fruits are crossbred, the process includes taking two similar fruits and cross-polinating them. Stone fruits are often crossbred, Redmond said. Melons seem apt to crossbreeding as well, with honeylopes and Crenshaw melons available among others.

Although not specializing in crossbred produce, Full Belly is beyond beautiful with lush, green, cared-for crops receiving all the glory of the sun funneling down upon it.

With permission, I walked the grounds freely and smiled as wide as Redmond in reaction to the nourishing colors, fragrances and favorable environmental factors. I saw happy cultivators, quaint structures, par-dried peaches and tomatoes actually drying in the sun and happy cows feasting on heirloom tomatoes (cows like tomatoes, I guess). 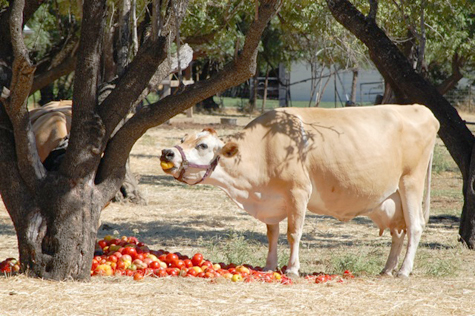 Summer’s sweet batch of produce has been cheered and devoured for months, but we’re just getting into the thick of it, equating the perfect time to shop, eat and learn about the power of local produce.

A great opportunity for a daycation, beautiful drive and farm-visiting experience is coming up on Oct. 2 and 3, 2010 for the 23rd annual Hoes Down Harvest Festival at Full Belly Farm. There’ll be workshops, music and food. Farms aren’t just for agricultural buffs and gardening grandmas; food-savvy urbanites can benefit too.