If I were feeling particularly lazy and succinct, I could sum up my recent experience at East Sacramento Italian restaurant Mamma Susanna’s in a two-word review: FUCK YEAH. But, I’ll elaborate, as I’ve been revived from the lovely Italian food coma into which I slipped after devouring quite the spread at this hidden local establishment. And I’m assuming you’d like some details before deciding to go check it out.

First, has anyone else noticed that there are a bajillion Thai, sushi, pizza and barbecue joints in this town, but hardly any full-blown Italian restaurants? Buca di Beppo and Il Fornaio are both chains, and Biba is freaking expensive, although I’ve heard it’s awesome; Michelangelo’s, my locally owned Italian go-to, closed. Newly opened Adamo’s is good, but doesn’t have that family dining setting or romantic, European atmosphere that strikes me as Italian; it’s more in the vein of an Italian-inspired menu in a no-frills modern setting.

I’m forever on this tirade that that’s what Sacramento could use: not another restaurant of the abovementioned types, but a good, affordable, Sacramento-grown Italian place. So how Mamma Susanna’s escaped my awareness for so long is a welcome surprise—it’s a seasoned eatery that’s been around for a decade, tucked away in a dated shopping plaza near Sac State. I’d say it’s more along the lines of the family dining setting I alluded to earlier—and bring a family I did. 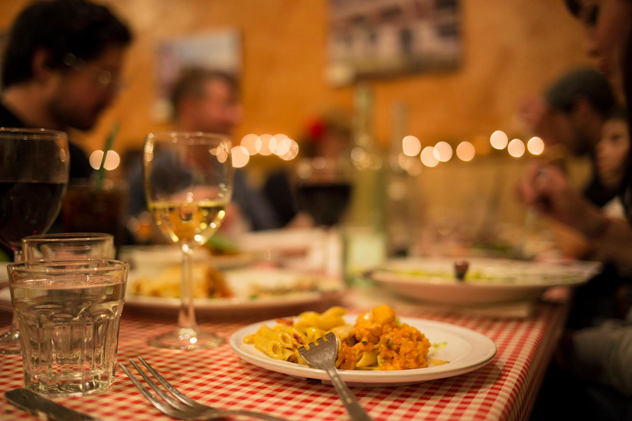 We were rolling nine-deep when we showed up at Mamma Susanna’s, with a common goal to each order something different, and all share everything. So we sat down at a long booth with a plastic red and white gingham tablecloth and ordered what can only be described as a ton of food.

At Mamma Susanna’s, while you wait for your grub to arrive, they bring you this killer rosemary focaccia bread to dip in olive oil and balsamic vinegar. By the time the food came, I was already getting full. 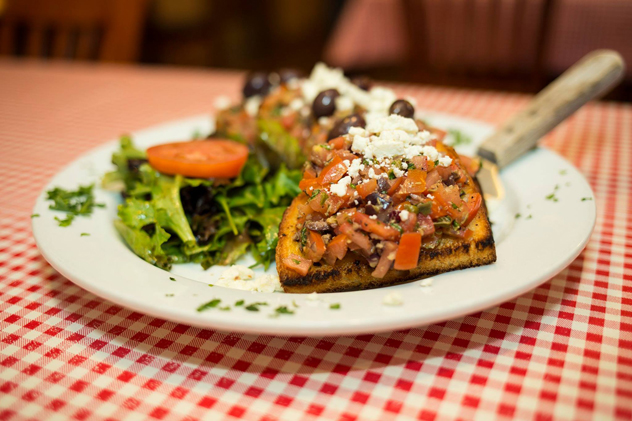 As an appetizer, we got the Caprese plate, in the center of which was an assemblage of layered buffalo mozzarella, tomatoes and fresh basil. It was sandwiched between two mounds of mixed green salad tossed in a simple, yet flavorful, vinaigrette. We also tried the bruschetta—the crunchy ciabatta toast was piled high with a tart and tangy tomato, olive, feta, basil and red onion mixture. At this point, I had satisfied my hunger, but couldn’t wait for the main courses to be paraded out of the kitchen.

Then, seemingly the entire staff was called upon to expedite our food to the table. Fettucini Milanese, Risotto Oceanica, Penne Norcina, Potato Gnocchi Sorrento, the Bronx Calzone, Penne Rustica, Spaghetti Affumicato and spaghetti and meatballs were all ushered out to our eager group of high-carb dieters.

Every last morsel of every dish was delicious—an epic feast that completely satisfied my craving for good Italian food in a comfortable and homey setting.

The Fettucini Milanese was a seafood lover’s slice of heaven, with scallops, mussels, clams and prawns on a bed of noodles, swimming in a slightly spicy saffron and white wine sauce. The Risotto Oceanica was a spicy wine marinara arborio rice dish laden with salmon, prawns and scallops. 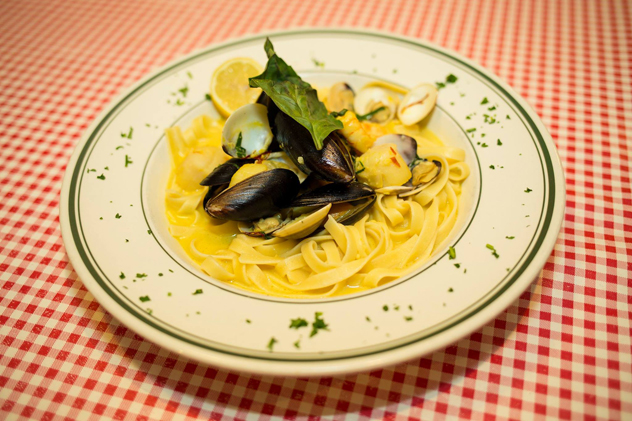 “One of the No. 1 entrées on the menu is our Penne Norcina,” says Michelle Gully, who owns the restaurant with her husband, Bob. “It’s a penne pasta with a creamy marinara, Italian sausage and red peppers.” I agreed that this was one of my favorite dishes I tried, although to be honest, it was all kind of a blur with the abundance of wonderful food, wine and conversation being passed around the table. The Penne Rustica was topped with grilled chicken, sun-dried tomatoes, artichoke hearts and a white wine sauce, and also stood out as a particularly palatable plating.

Perfectly chewy yet yielding, the expertly cooked Potato Gnocchi Sorrento, in a delectable pesto sauce, seemed almost to top one of my all-time favorite comfort foods, spaghetti and meatballs. And on that note, Mamma Susanna’s meatballs were dauntingly large, good and garlicky—and on top of the spaghetti, they didn’t skimp on the hearty marinara sauce and grated parmesan cheese. With a different take on a spaghetti dish, the Affumicato relied on smoked chicken, sun-dried tomatoes, artichoke hearts, feta cheese and a tangy and smoky wine sauce to set it apart from the classic spaghetti dish.

Lastly, on a plate that seemed to weigh about 18 pounds when handed from one happy homie to the next, was the Bronx Calzone, stuffed to blimp status with pepperoni, ricotta, mozzarella, garlic, mushrooms, marinara and pomodoro sauces. 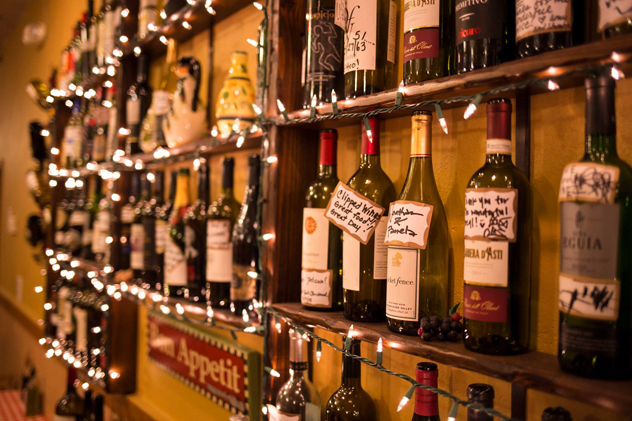 As you can imagine, by now, we were all ready to be rolled out on stretchers, and my son had fallen asleep with his head on the table, his little dome dwarfed by the mountain of food in front of him. Nary a frown was to be seen throughout the restaurant, for as the sign hanging over our table reminded us, “The fondest memories are made when gathered around the table.” (Well, many of the fondest memories anyway.)

The restaurant has always been, since its beginning, a gathering place for friends and family. Recently purchased by the Gullys, it has long maintained its reputation among those who are aware of its existence as a feel-good, family-oriented haunt. “That’s why I purchased Mamma’s—the relationships I’ve built with some of the amazing people that continue to return,” explains Michelle. “I started there as a server a few years ago, then became the manager, then had the opportunity to purchase… my husband and three kids work here, as well as the great staff that stayed on with me.”

She’s kept the menu and prices intact, a wise move considering the restaurant’s renowned Italian classics are set at a reasonable price point. The only change she’s considering is adding some less calorie-rich options to the menu, and if so, I hope the additions are with Italy’s simple recipes—comprised of fresh, quality ingredients—in mind.

The following morning, I had trouble zipping up my pants, but as they say in Italy, “Chi mangia bene, vive bene”—he who eats well, lives well. I ran it off later that day. It’s possible that the decline in Italian restaurants has something to do with Americans’ trendy low-carb diets in response to our cultural obsession with being skinny to an extreme. However, when I went to Italy, everyone was fit, beautiful and exuded calm and happiness, in spite of eating a lot of pasta.

Everything in moderation—a little starch will make you smile.

Mamma Susanna’s is located in the River Park Shopping Center at 5487 Carlson Drive in East Sacramento. For hours, more info or to make a reservation call (916) 452-7465 or visit Mammasusannas.com.