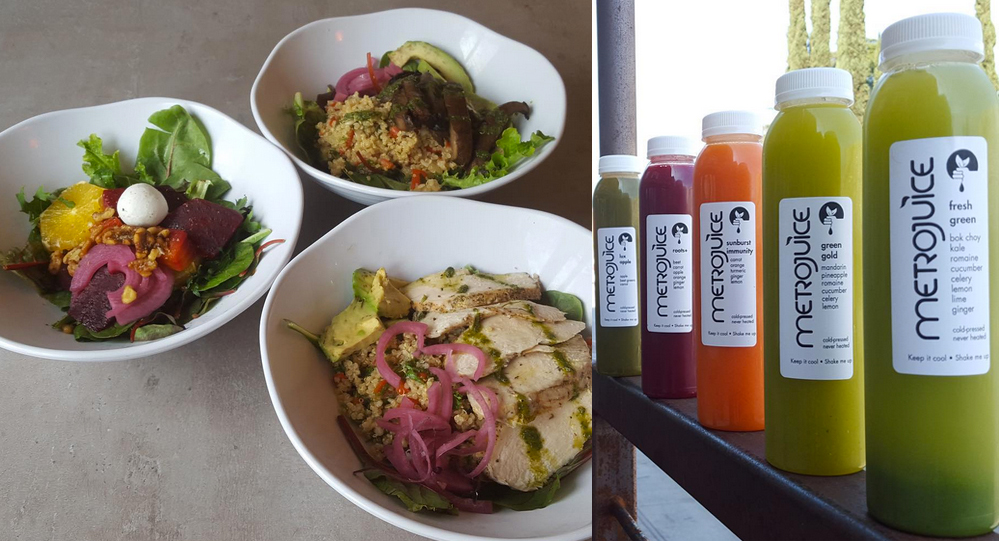 There’s a scene in the ’80s flick Valley Girl in which the lead character, Julie Richman, is working a shift at her parents’ health food store and completely loses her shit when the cool guy she’s dating walks into the joint. Because, as Julie proclaims in the movie, “Like, it’s not cool at all! Like, it’s all this stuff that tastes like nothing and it’s supposed to be so good for you. Why couldn’t they, like, open a Pizza Hut or something?”

If Julie only knew that Pizza Huts would eventually give way to spots where the cool kids line up for quinoa power bowls with roasted veggies and turmeric-infused juices that have turned health food and juice shops into multimillion-dollar enterprises where, get this, you actually enjoy the food you are putting into your mouth. 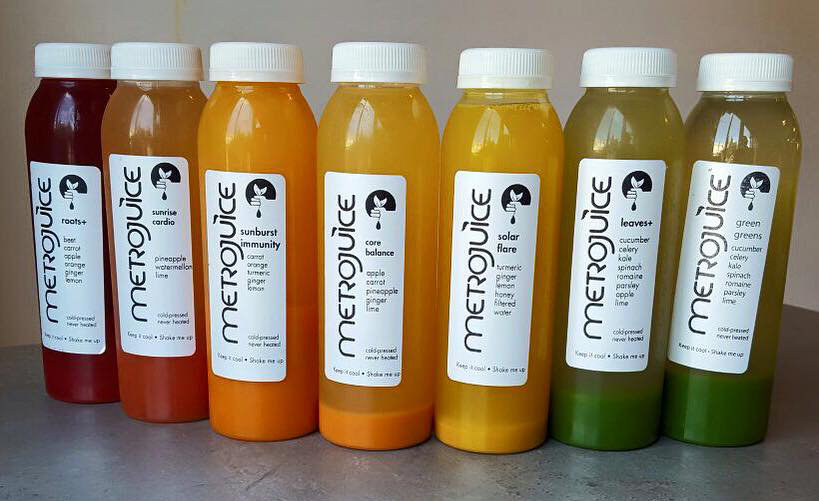 To Julie’s credit, it wasn’t too long ago that most of the people doling out their hard-earned cash for expensive, high-powered juicers while preaching to the masses the benefits of juicing, were labeled disciples of the raw-food movement or celebrities who were willing to go on juice-only fasts, motivated by the belief that the key to achieving physical perfection was to adhere to a strict program of detoxification while sustaining themselves on extreme juice cleanses. Oh, by the way, we’re not talking about the frozen concentrated stuff procured from the local grocer but the rich, dense, nectar that can only come from pulverizing the flesh of ingredients like beets, carrots and spinach into a cold-pressed elixir.

But somewhere along the way, between the Hollywood set and the health-food junkies, the idea caught on and the people that didn’t originally subscribe to the trend started gulping it down when they realized that juice didn’t have to be an exercise in self-denial or part of some expensive cleanse and suddenly, cold-pressed juice morphed from a curiosity to an industry.

Looking to squeeze their way into the burgeoning juice business in Sacramento, longtime restauranteurs, caterers and advocates of the juicing and organic food lifestyle, Lisa Musilli Johnson, her husband and business partner Keith Musilli Johnson and son, Benjamin Olmsted, founded Metro Kitchen + Drinkery in the Warehouse Artist Lofts Public Market. For this family, their business is an extension of themselves and their philosophy about food. It’s not just a fad but rather a lifestyle ingrained in their very being. 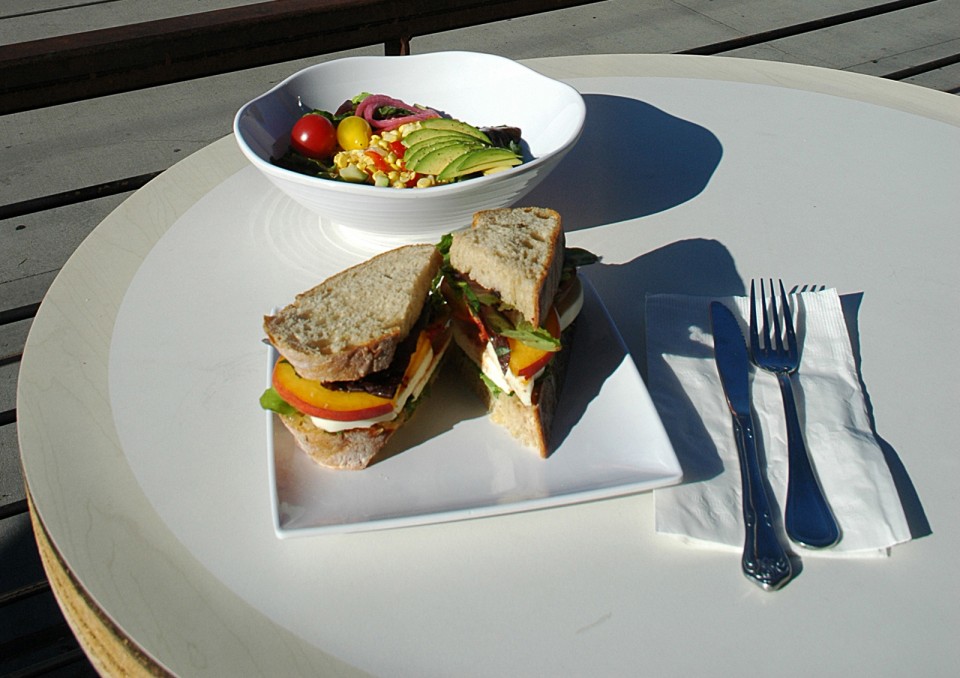 “For me it was natural because of my upbringing,” Lisa explains. “My grandparents immigrated directly from Italy and [had] small gardens and farms. And when my children were young I cooked the way that my grandparents did and now all of my children are interested in a healthy, nutritional-based lifestyle.”

The menu at Metro is an ever-evolving play on the seasons. For the triumvirate, sourcing ingredients from local purveyors is imperative in sustaining their mission of bringing foodstuffs to the table that have fed the region’s hungry bellies for hundreds of years. Namely, heirloom varietals that still carry the same wallop of flavor that they did hundreds of years ago with an orchard they have developed on Lisa’s family property in Lake County.

“One of the things that really inspired our interest in cold-pressed juices and expanding that into Metro Kitchen + Drinkery is really our experience and interest in growing food and gardening,” Lisa explains. “There’s an orchard we established in anticipation of this sort of cafe and have multiple generations of family history of growing food and preparing food for the restaurant and cafe experience.” 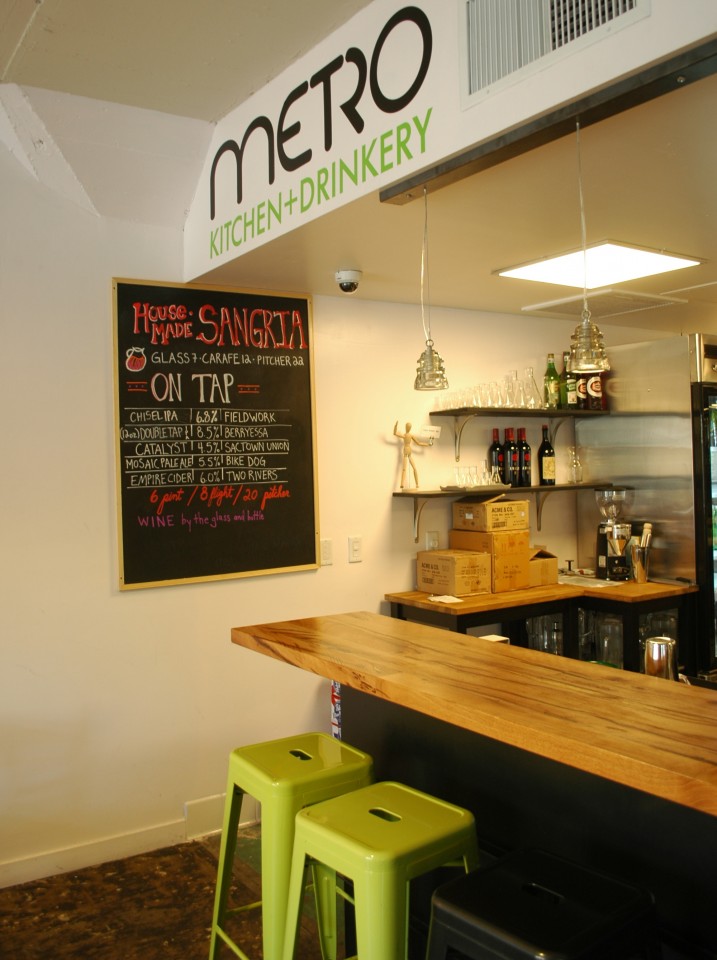 “In fact, it’s a little bit of an experimental orchard because we’re trying to grow there, heirloom plants,” Keith continues. “And I don’t mean heirloom meaning, like, they were popular in the 1960s or now, but like a French pair from the 1700s and really, really vintage, if you can say that … the trees aren’t that big yet, but can we get it to where we have some really unique heirloom things that we can feature here—it’s a hope one day to see if we can get there.”

Until the fruits of their labor come to fruition at the orchard, the Musilli Johnsons have access to an abundance of fruits and vegetables with which to create their stunning selection of colorful salads, juices and soups.

The dishes—like the sunny summer corn and squash salad bowl that boasts both raw and roasted corn, baby squash, juicy tomatoes, bright red peppers and sumptuous avocado, topped with a tangy lime vinaigrette or the sweet and savory organic peach and mozzarella sandwich drizzled with a balsamic reduction, perched on a bed of onion jam and nestled between soft pillows of whole grain bread, speak to their creator’s passion for food. While Keith tends to the food offerings, Olmsted takes the helm at concocting the perfect fruit and veggie combinations in crafting their cold-pressed juice selections.

“I create the menus and design the dishes. Lisa and I, before doing this, had been doing catering for a long, long time—like 15 years, here and there—and all that time we used to speak about how it was really her passion and she loved being in food service and I was doing other totally different professional things and then we decided it was time that we start this,” Keith explains.

But don’t let Metro’s cold-pressed, raw food, whole foods and organic-centric philosophy fool you—the eatery also caters to those who are more inclined to, well, a more carnivorous approach to sustaining themselves. With sandwich options that include ham and brie, curry chicken salad adorned with chewy golden raisins and a prosciutto offering slathered with organic sundried tomato tapenade, roasted red peppers and avocado.

As the cafe celebrates its one-year anniversary at the WAL Public Market, the trio is looking to the future and launching in the coming months a new branding program and introducing their brunch menu along with a suite of juice cleanse options. According to Olmsted, Metro’s juice architect, being nimble is key to producing a product that is both delicious and rich in nutrients.

“One of the things I do is keep up with the seasons, [for instance our juice], Summer Roots, fulfils an important role in the juice cleanse architecture,” Olmsted explains. “It has both red and purple phytonutrients in it—the micronutrients that come from plants—and so it’s important to have a juice that fills that role all year. But apples right now are both expensive and either from Washington or Chile and they’re not particularly good, so we’ve replaced the apples in the Summer Roots with watermelon and it lightens it up a bit, which is nice when the temperature gets to be in the hundreds.” 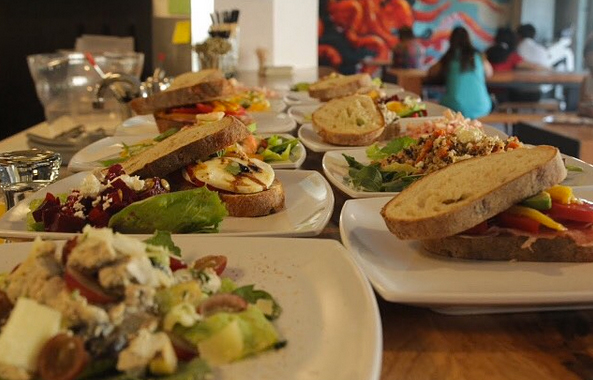 At this eatery, patrons most certainly taste the rainbow—which just isn’t a tasty endeavor but, according to Olmsted, is a gateway to better health.