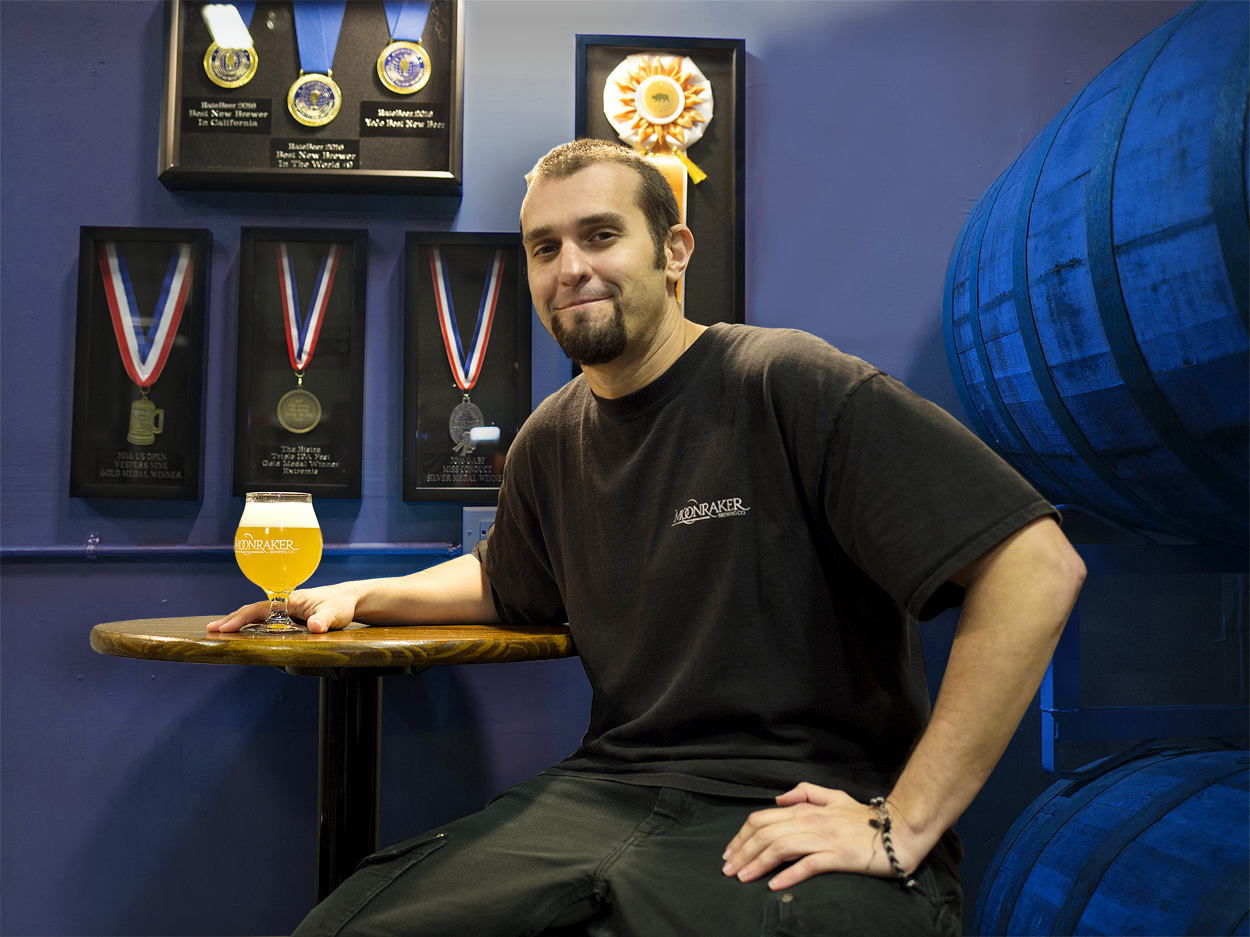 Way up in quiet and rural Auburn, a brewery in its mere infancy is cementing itself as one of the greatest in the whole world. Moonraker has been open for merely a year and has already obtained the notoriety that most breweries dream of; In the past month alone, it has been recognized as the ninth best new brewery in the world and best new brewery in California by RateBeer, an online hub for craft beer lovers, beat Pliny the Younger in a notable blind taste test earlier this month in Hayward, California, and just last week, after this story went to press in issue 234, they also won top honors at Track 7 Brewing Company’s second annual Invitational and Competition in Sacramento. Brewmaster Zack Frasher’s buckwild brew-style and creative openness has been the key to success and standing out in the crowd.

In the craft beer world, “buzz” is the big selling point for most brews. If there is a lot of talk surrounding a certain beer, and it is seen as mostly difficult to obtain, then drinkers are all over it. It is hard to differentiate how good a beer really is in the larger scope of things. That’s where blind taste tests come in, and why they are important. They withhold the bias that buzz generates, and they let the senses be the sole judge. It was in this scenario that Moonraker’s Extremis stood toe-to-toe with Russian River Brewing Company’s revered Pliny the Younger in the triple IPA category of the 17th annual Bistro Double IPA Festival in Hayward.

Pliny is of course very good (and very rare), but in retrospect, so many other brews are equally as good, and maybe even better; these beers just don’t have the buzz that has surrounded the Younger, and haven’t been given the platform to strut their stuff.

Moonraker’s Extremis took the gold medal that day in a well-deserved upset. In only a few months of production, Extremis beat one of the beer world’s most celebrated triple IPAs. 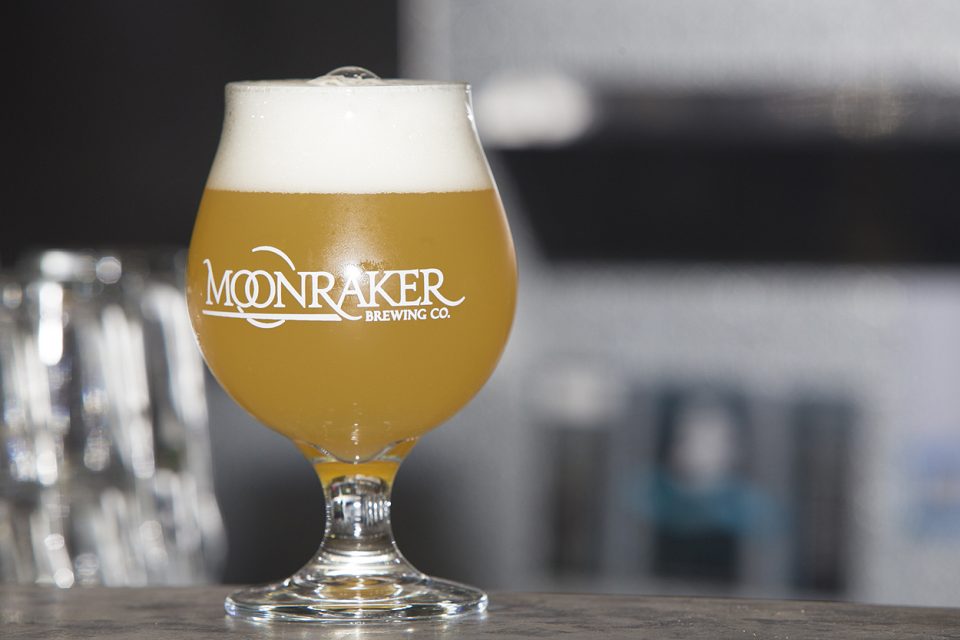 “I always looked up to Russian River as a brewery,” said Frasher. “I think a lot of brewers (including myself) learned how to use hops for IPA/DIPA/TIPA from Vinnie [Cilurzo, owner of Russian River Brewing Company]. It is an amazing feeling that my hard work and dedication to brewing has payed off to win an award at the same caliber as PTY.”

Frasher comes from humble beer drinking roots. The first brew he ever ingested was a Budweiser, and the first beer he ever fell in love with was the richly hoppy Racer 5. Like most brewers, Zack started with a lot of homebrewing and eventually graduated to brewing his DIPA with Knee Deep Brewing Company and Mraz Brewing Company and working at The Brewmeister homebrew shop. 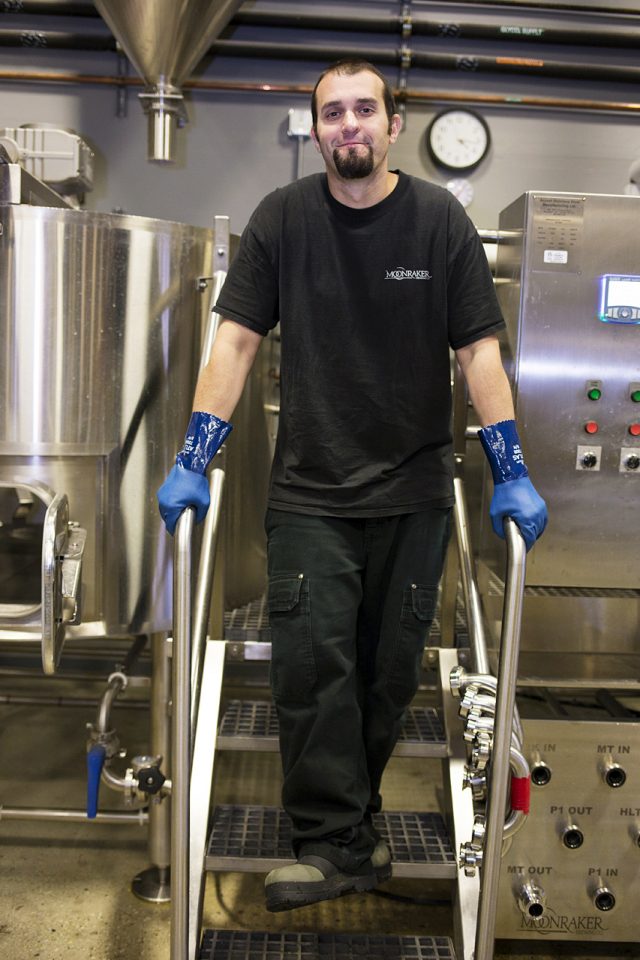 Frasher has been credited with not only helping ignite beer trends, but producing them to perfection. If you have had a local beer on tap in Sac, you may have noticed your bartender filling your pint glass with a cloudy, almost orange juice-looking brewski. This is the Northeastern-style brew, which is endearingly known as “The Haze Craze”—an English yeast strain that makes your beer more zesty and well rounded, and makes the hop profile a little less abrasive than the West Coast IPAs we are accustomed to. Frasher gave us this gift!

It all began with Frasher’s appreciation for varying regional beer styles, and embracement of their differences.

“As a homebrewer and beer geek, I loved what the guys were doing on the East Coast (The Alchemist, Hill Farmstead, Treehouse, Trillium, etc.),” he said. “The beers were turbid, soft in character, along with big juicy hop aroma/flavor. Much different than a West Coast IPA. I studied and executed the style as a homebrewer and now as a commercial brewer.”

However, the beer has been controversial on the West Coast because people feel the cloudy beer is a result of the brew not having enough time to come to proper fruition, or simply because on the West Coast, we are accustomed to our IPAs being transparent and extremely danky.

He predicts that the haze craze is here to stay, because, “Consumers seem to love it. We cannot make enough of it. Supply and demand is high.”

When asked what beer trends he is currently tinkering with, Frasher says that kettle sours and barrel aging (both sours and bourbon barrels) are going to start popping up more on his draft list. 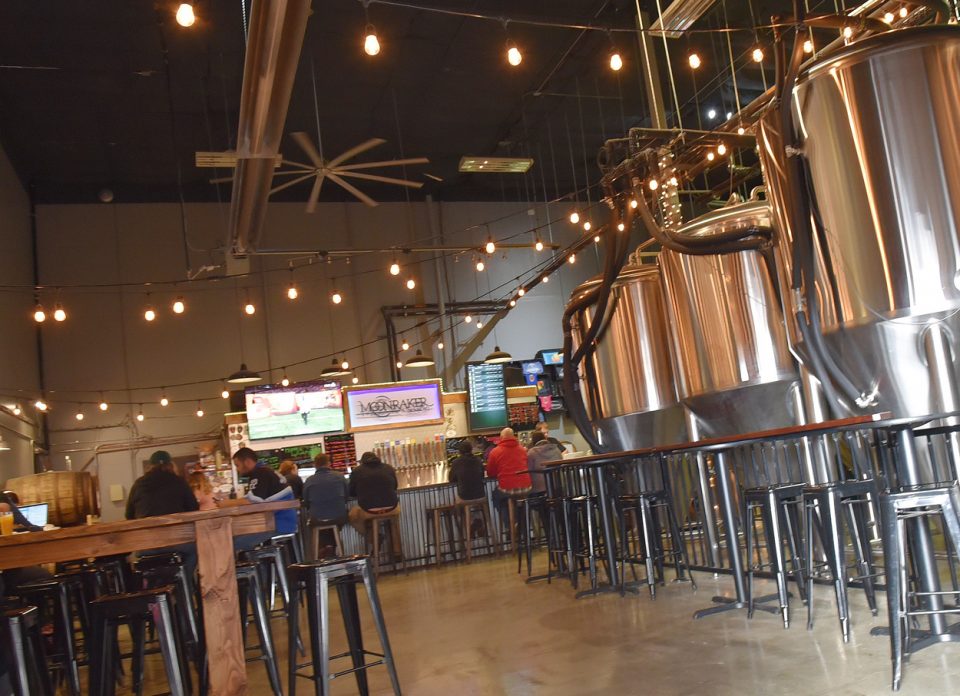 Back at the Moonraker taproom, though the draft list is usually hop-heavy, there is a little bit of something for everyone. Their award-winning blonde is smooth and crisp, reminiscent of a golden pilsner, and has the power to change the mind of those who say, “I’m not really a beer drinker.” They even have a roasty and smooth milk stout, Vesper’s Nine (also award-winning), that tastes like velvety dark chocolate in liquid form. The real stars are obviously the IPAs. Moonraker successfully exhibits the beauty of hop varieties, and how to accentuate their natural characteristics through their extensive IPA offerings.

Their most popular IPA, and the one that really put them on the map, is their Yojo New England IPA. Yojo is juicy, completely unrefined and unfiltered, and is way too easy to drink. The beauty in the brew is that is doesn’t rely on crazy additives or gimmicky flavors to elevate its profile. The galaxy, simcoe, mosaic and citra hops naturally give it soft fruit characteristics, and the English yeast strain gives it a nice and soft body. There are a number of beers on the draft list carrying on with the Northeastern/Yojo tradition, using different hops, and resulting in different fruit profiles. 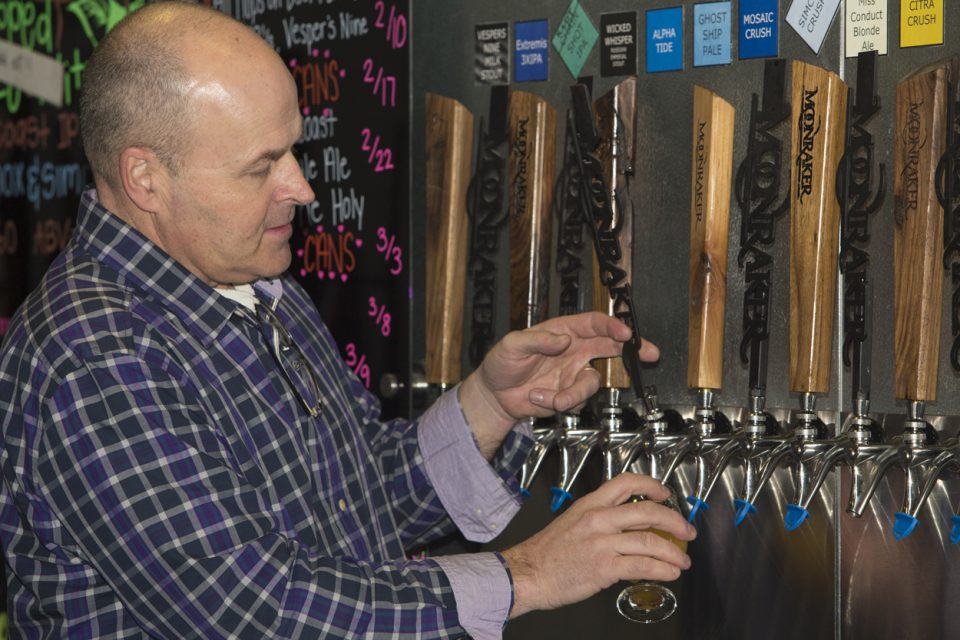 If you are lucky, you will see Extremis on draft; the Pliny the Younger-beating, super fresh and danky triple IPA. The Extremis is described as being a “sensory overload,” packed with fresh, wet hops and rounded out with juicy citrus notes. Surprisingly, considering its rural Auburn location, the taproom is almost always bustling with people. This is only expected to multiply from here on out, likely making Extremis one of those highly-anticipated and “get it while you can” releases.

It has been hardly a year, and Frasher has elevated Moonraker brewing to prestige. “It has been a wild ride and I feel very fortunate,” he says. “It has been a lot of work and it seems like it is starting to pay off.”

He says that success lies in doing it all for the right reasons, and for the intention that quality always takes priority over quantity and that the beer is always great. Only a year deep in the game, Moonraker has seen insane success, and brewmaster Zack Frasher intends to keep it all going, hazy or not.

Moonraker Brewing Company’s tasting room and brewery is located at 12970 Earhart Ave. in Auburn. You can also visit the brewery online at Moonrakerbrewing.com.