Amigas, we are lucky to be living here in this land called California. Nowhere else on Earth is it possible to find so much mouthwatering Mexican food. Nowhere. The Midwest doesn’t have it, Texas doesn’t have the same quality, the East Coast doesn’t really try, apparently. And yet, we’ve got a taqueria for every nook and a Mexican eatery for every cranny that our state can provide. Here in Sacramento, things are no different. The offerings are rich and variegated, fast or slow, independent establishments or franchise chains; we’ve got them all.

But only one, and now two, can be classified under the tagline “Very Mexican Food.” That’s right, I speak of the longstanding Oscar’s Very Mexican Food, in all its glory. This small hole-in-the-wall, perched quietly across from McKinley High School, is a sort of rite of passage for generations of Land Park youth. Since it opened its doors in 2001, this restaurant has been doling out some of the most consistent and tasty Mexican food in town, at phenomenally reasonable prices.

Though the Freeport Boulevard location has been closed for most of the past year, Oscar’s did move its staff to West Sacramento to open its second location during the hiatus, where it forges on today. Those of us who live in the city limits are unlikely to make the trip over the river unless we need some wood-particle furniture or something, but we need not worry about this separation any longer: Oscar’s OG location is officially back up and running with a significant remodel to both the kitchen and the dining area. Our personal favorite addition: the lavatory sink is outside of the lavatory, in the dining area, allowing patrons to observe who washes and does not wash sus manos after visiting los baños, and judge accordingly. But we digress. 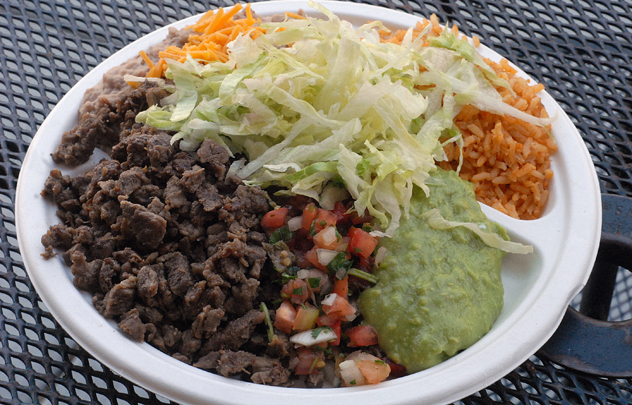 There are staples that a very Mexican establishment must have. Oscar’s is the California burrito. It’s a burrito with carne asada, guacamole and French fries inside. It suits nicely on a summer afternoon when one might want some weight in their belly. However, our personal favorite is a split between two other burritos. First is the egg, bean and cheese breakfast burrito, which is a simple, filling item that pairs well with coffee or cerveza. Sadly, Oscar’s doesn’t sell booze, which means any adult pairings are best done within the privacy of one’s own casa. The second burrito that we regularly crave is a simple one: chicken. This particular item is a sort of post-university staple that sustained us as we worked odd labor jobs after graduating. It’s cheap, roughly $3.00, and simple (shredded chicken in some red sauce), and yet it continues to satisfy as necessary.

On this occasion, we ventured over the river to try the wares of the West Sacramento joint. Stationed on Harbor Boulevard, the West Sac offering of very Mexican food is a bit more reminiscent of the original in size. There’s a small sampling of tables and the kitchen is visible from most of the dining area. West Sac does, however, come equipped with television, so we were able to watch the kick-off of Monday Night Football. Which is a thing. 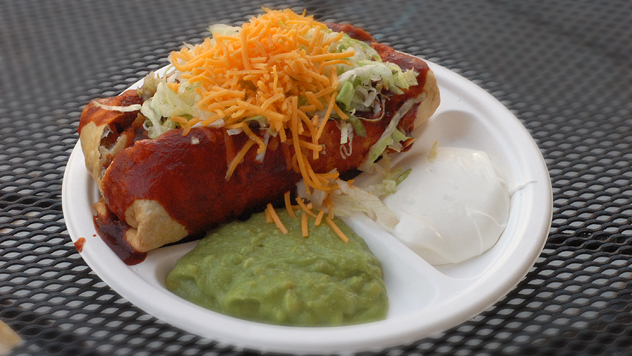 The quality of the food was up to the Oscar’s standard. We decided to get out of our comfort zone a bit and tackle a chicken chimichanga, a tortilla that was fried to a crisp exterior, which came stuffed with shredded chicken. Generous portions of lettuce, cheddar cheese, sour cream and guacamole adorned the sides. This item left us wanting little. And yet we continued.

Any Mexican restaurant worth its salt should have a succulent carne asada dish, so we got the combination plate, which came with beans and rice, pico de gallo and guacamole. The meat was seasoned well, cut into tiny bite-size pieces, and when mixed with the sides had the right balance of sweet and savory. This is the sort of entrée that’s great after going to the gym, riding a bicycle or gentrifying a formerly industrial neighborhood.

To go along with this, we also branched out into the carnitas, another standard that can make or break a Mexican spot. The carnitas tacos did not disappoint. The pork was flavorful and juicy, not dried out or overly chewy. Each bite had the right texture and seasoning, and compelled us to finish the tacos. These too, like the majority of Oscar’s Very Mexican Food, are moderately priced. The great thing about Oscar’s is that most of what you order, after having consumed it, seems like it should cost more. At those other Mexican spots—which for the record, we like a lot—it’s like the extra dollar here and there pay for fancy soccer jerseys or something; whereas at Oscar’s, there are no frills, bells, whistles or fancy menus. It’s a proper working-class Mexican spot, and this is why we love it. 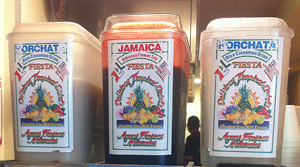 The beverage offerings are par for the course. There are fountain sodas that come in solid white Styrofoam, just the way mass production intended, containing neither branding nor care for the environment. There are bottled drinks, composed of a few Jarritos, which when the time is right, are nice to have. And if you like your Coke made with actual sugar cane instead of corn syrup, the Mexican Coke bottles are also available. But our drink of choice, when dining on “Very Mexican Food,” is horchata, a Mexican rice milk seasoned with cinnamon. We’re fairly convinced that the large quantities offered at places like Oscar’s must have some sort of mass-produced recipe, but nonetheless, it’s the beverage to have in a large helping when consuming these delicious eats, especially when cold beer is unavailable.

In sum, Oscar’s Very Mexican Food is the perfect sort of restaurant. It won’t break the bank, it’s easy to get to, it offers a steady and consistent menu that rarely disappoints. There’s now twice as much Oscar’s to go around for both Sacramentos, East and West. Viva Oscar’s!