Changing with the Times

In the ’80s, the culinary landscape in America was at a crossroads: Across the nation voracious diners were relinquishing their steak knives, and squeamishness, in favor of a pair of chopsticks to embrace sushi’s raw state; chefs were dabbling in inexplicable versions of tried and true favorites (Wolfgang Puck’s experimentations with pizza come to mind); while others toyed with our appetites entirely with nouvelle cuisine—you know, those overwrought, outrageously priced plates that displayed more porcelain than actual food. It was indeed a brave new culinary world.

During that same time a local gastronome was taking on the dining scene in Sacramento. Unlike some of his contemporaries, Randy Paragary refrained from such novelties and instead focused on composed, yet accessible, dishes when, in 1983, he opened the doors to what would become the flagship of his epicurean empire, Paragary’s Bar and Oven.

Over the last 30 years the venerable eatery played host to marriage proposals, birthday celebrations and business negotiations. But during its tenure as one of the best restaurants in town, owners Paragary, his wife Stacy and chef Kurt Spataro decided it was time to do their own restaurant makeover—updating not only the bistro’s façade, but its interior, patio and menu. So, last spring the duo shuttered the doors and embarked on the journey to reinvigorate the esteemed establishment.

For 15 months, diners held their collective breath in anticipation of the million-dollar rebirth of Paragary’s Midtown gastronomical mecca. They were rewarded for their patience with a decidedly French take on the classic that’s modern without being too heavy-handed in its design—subtle touches are sprinkled throughout the space that are evocative of both old world charm and a nod to modernity. The updated menu mimics that sentiment as well. A few of the hits include fluffy pillows of sheep’s milk ricotta gnocchi intertwined with luscious chanterelle mushrooms, sweet corn and fava beans afloat in a parmesan brodo; a bold mesquite grilled quail dish intermingled with sweet corn soubise, fennel and arugula sprinkled with bits of bacon in a sweet bourbon marmalade; and an appetizer of thinly sliced, chilled lamb’s tongue adorned with frisée, French breakfast radish and a sauce gribiche—an herbaceous mayonnaise-style, egg concoction riddled with the briny goodness that only the caper can lend.

Submerge recently sat down with Spataro to chat about the old, the new and the unexpected at the new Paragary’s.

What is the inspiration for the food that you’re doing here now?
When I was very young, maybe 19 or 20, I stumbled upon Chez Panisse in Berkeley … I had dinner that night and it had a really huge impact on me. [When] the Chez Panisse menu cookbook came out, I got a copy and I read it like a novel, from cover to cover, and I cooked my way through it. That whole experience, discovering Chez Panisse, going there and eating as much as I could, collecting the menus, studying the menus, studying that book [and] using my experiences at Chez Panisse as a reference really set me in a direction. That experience was very formative.

What was the reason for revamping both the space and the menu?
The space needed it, for one. It really needed to be updated. I think the menu is a collaboration between myself and the chefs … and the history of Paragary’s certainly influenced the menu, but there are so many things that have happened since Paragary’s opened 32 years ago, in terms of the culinary scene, and we wanted to incorporate those things [but] still be somewhat faithful to the original concept. 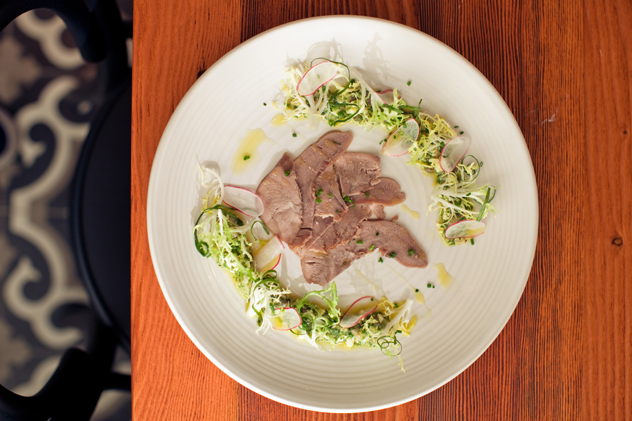 What was the most audacious food trend when Paragary’s first opened in 1983?
Things that were introduced at that time, you know, goat cheese was kind of a new product at that time, and things like sun-dried tomatoes. So, I guess what was silly about it was some of those things got overused. Soon there was sun-dried tomatoes on everything and goat cheese on everything. So, that to me would be it—the overuse of trendy stuff.

I saw chilled lamb’s tongue on the new menu. What’s your take on “snout to tail” eating?
I think it’s great. Chefs like the weird stuff. We like to use interesting things. It’s not that interesting to cook a boneless chicken breast, or challenging. It’s much more interesting and challenging to take something like a lamb’s tongue, or oxtail, or tripe, you know, something that is very unappetizing in its raw state and you have to use a lot of technique to make it delicious. So it’s always fun and rewarding to take something like an underappreciated ingredient and apply technique and time to it and make something delicious that you would never make at home.

What do you think is the most significant change to the restaurant?
Physically, I would say it’s completely different. I think the spirit is very similar; it’s intended to be comfortable and a place where you can come any time of the day and feel comfortable … but the appearance is the most strikingly different thing.

Was there anything in the restaurant that is no longer here that was heartbreaking to lose in the redesign?
I don’t know if you remember the mural that was painted on the ceiling; that was there from day one and it was hand-painted by someone. So seeing that being peeled off of the ceiling was … well, it wasn’t sad, but it was, “Wow, we’re really changing things.”

How do you stay relevant in an industry where diners are fickle and restaurants come and go?
I think you really have to pay attention to what’s going on, and there’s so much information out there from food blogs to magazines, cookbooks. I’m a voracious reader and collector of cookbooks, and traveling and going out to eat at other restaurants, all of it. Really trying to stay abreast.

Being in the business for so long, what advice would you give to a young entrepreneur thinking about getting into the restaurant business?
Besides, don’t do it [chuckling]? I think my advice would be, just be really sure of what your concept is. Secondly, don’t overextend yourself. I think it’s a mistake for a first-time restaurateur to go deep into debt. I think it’s smarter to create a more modest concept, sort of prove to yourself and to your customers that this is going to fly. In order to mitigate the risk it’s smart to start small—really be clear on what your concept is and do it great. 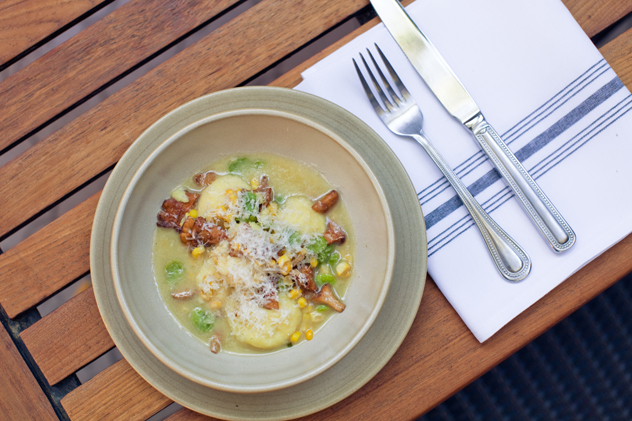 What is the most remarkable change that you have seen in the local food scene?
The level of sophistication and quality. I think the bar continues to get raised each year and that’s great for the diner, because the restaurateurs have to compete with each other and the chefs have to compete with each other. So the more people out there doing good things the more we have to step our game up. 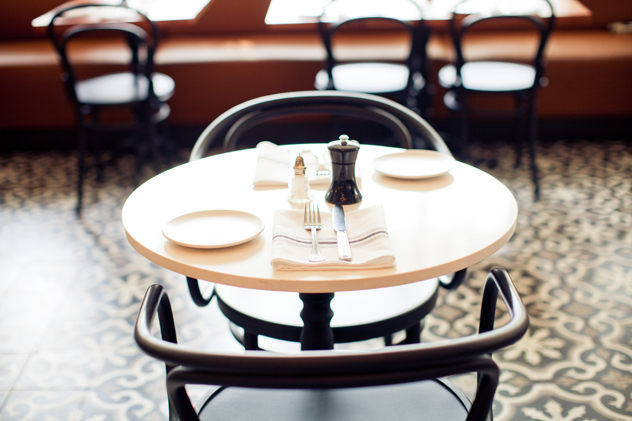