When I noticed Luigi’s Slice and Fungarden had closed shop, I got a little emotional. I mean, I only saw a few (rad) shows there, but Sacramento these days is lacking in the way of all-ages music venues, and to see another one go was a bummer. A long time ago, I was a youngster, and to this day, am an enthusiastic supporter of local live music, so Luigi’s definitely filled a void and was appreciated by many young ‘uns and old farts alike as a decent venue.

The deserted hulk of Luigi’s, real quick-like, almost as if a magic wand was waved—presto!—was occupied by a new pizza place that opened its doors in the MARRS complex this August. Although they do not fill said all-ages music venue void, they did fill up my pie-hole.

Pizza Urbano is a wholly different animal than its predecessor. Luigi’s pizza slices (forgive me, those who would disagree) were greasy and sucky. Don’t get me wrong, all pizza is sacred, but not created equal. The Midtown location’s offerings never lived up to the pizza served at the long-established Luigi’s on Stockton for whatever reason. However, Luigi’s Slice and Fungarden’s atmosphere was grimy, fun, lowbrow, chummy, cozy and they had some decent shows there to boot.

On the flip side, Pizza Urbano has really solid slices with some sophisticated ingredients. Sacramento is cluttered with pizzerias, but a great pizza place is a needle in the hay. Moreover, there are few Midtown pizzerias serving pizza by the slice, and Pizza Urbano, albeit new/working out the kinks, blows the doors off Uncle Vito’s (although their happy hour specials are on point) and Pieces. The atmosphere is clean, modern, sparse and tasteful… In other words it is the opposite of Luigi’s in every way excepting the pizza slice commonality. 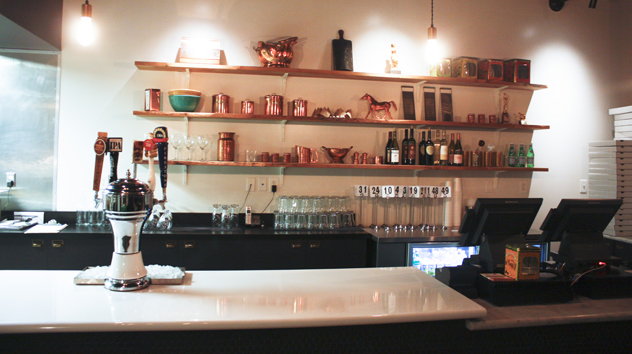 The walls are masked with black and white brick tile that looks like marble and plastered with framed art throughout. Sliding doors lead to additional seating adjacent to the main hallway leading to the ordering area—where the Luigi’s stage once rose above pepperoni-faced teens. There are private tables and picnic benches/communal seating, as well as tables on the patio along 20th Street overlooking the bustling Midtown hub in which Pizza Urbano is situated. Inside, flat-screen TVs blare sports events and beautiful orb lighting and chandeliers hang from the ceiling. Copper knickknacks line the shelves behind the counter.

Who is responsible for the quick and clearly well thought-out opening of Pizza Urbano? Oddly enough, Carlos and Jose Luis Ulloa, the co-owners in charge of the fantastic cafeteria-style Mexican restaurant, Azul, a few doors down from Pizza Urbano in the MARRS complex. Apparently they have their fingers in every pie and aren’t just one trick ponies. Also responsible for my favorite local burrito, these dudes know a thing or two about making pizza, or at least how to open a tasteful restaurant with a tasty menu.

Similar to Azul in that it combines cafeteria-style ordering with an upscale ambience, Pizza Urbano’s menu is simple and consists of slices of pizza or whole pies, salads and paninis, and beverages offered include beer, wine and a self-serve soda fountain. Mirror Pond, Red Trolley, Lagunitas IPA, Stella Artois and Firestone DBA are currently on tap, and a glass of red or white wine runs $7 to $8 a glass. All in all, the prices are reasonable, and the service was prompt and friendly. 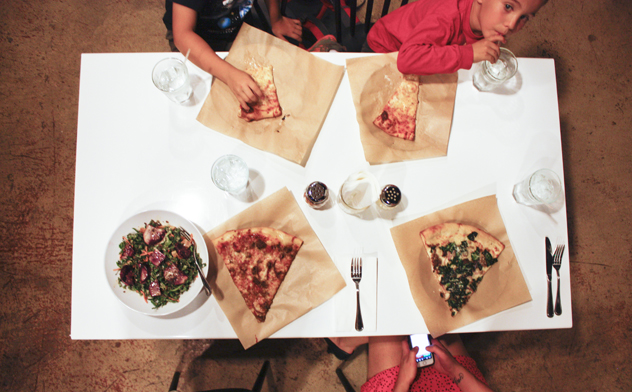 We ordered a piece of the Pizza Margherita—per usual topped with tomato sauce, mozzarella, and basil—weighing in at a fair price of $4 a slice. We also tried a slice of the Salsiccia, topped with tomato sauce, mozzarella, house-made sausage, roasted bell peppers and caramelized red onion, costing $4.50 a slice. Channeling our inner fat kids, we also jumped on a slice of the Di Mateo, a slice with mozzarella, house-made sausage, kale, red onion, chili flakes and Pecorino Romano on top, also priced at $4.50 a slice. Then there was the Gabriela Panini, a pressed sandwich consisting of roasted turkey, apple slices, brie and mixed greens, served for $7.95; and finally, the kale salad, a mixture of kale, carrots, croutons, quinoa, roasted beets, grapefruit wedges, all tossed with a house-made grapefruit vinaigrette, and dished up for $8.50.

Both the Salsiccia and Margherita had a red sauce that was neither spicy nor sweet—sort of just there. What made the Margherita lip-smacking good was its simplicity and the texture of the crust. I’m really picky about pizza crust, preferring it ultra-thin, magically balanced between chewy, airy and crispy. While Pizza Urbano’s crust isn’t the pinnacle of crust mastery, it beats the competition as far as by-the-slice places go around here. The Salsiccia’s use of Pecorino Romano lends much flavor, the sausage tastes like real Italian sausage, not just some Sysco-brand crap balled up and thrown on, and the onions are caramelized just enough to retain some crunchiness.

I love kale, at which many others may balk, so I was all over the Di Mateo. For those who aren’t crazy about kale, this slice relied heavily on cheese to offset the bittersweet and healthful flavor. There was a scale-tipping blob of mozzarella on the aforementioned thin crust, and on top of the kale, Parmesan cheese was sprinkled liberally. This slice also got points for its house-made sausage and not-overcooked onions.

Brie still my beating heart—that Gabriela Panini be oozing with cheesy goodness and loaded with layers of turkey. The apples leant a tartness and crunchy texture, while the mixed greens lessened the guilt. 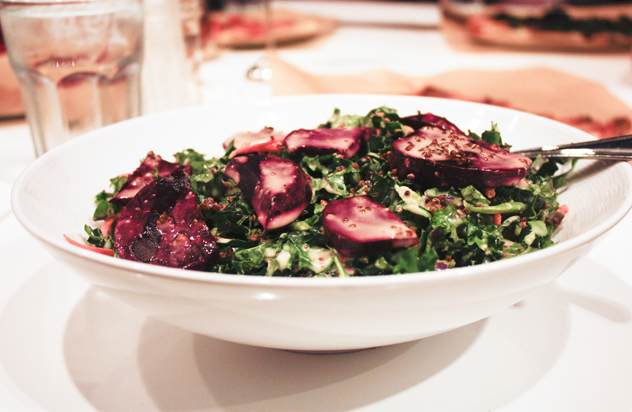 Last but not least was the kale salad. It stood out enough that I will probably end up craving it at some point and returning for it. The kale is shredded so it’s easy to eat, and is mixed with shredded carrots, ripe red beets, savory croutons, and…there’s supposed to be grapefruit in it, but they were out, which was a disappointment given that it would have added some complexity and texture. Even in its absence this salad was bomb. The texture is crunchy and fresh—sometimes you go to a restaurant and you get a salad, and the greens are all flaccid and past their prime, but such is not the case at Pizza Urbano. It’s also gigantic, enough to feed one person as a filling meal.

I asked my 6-year-old to weigh in on what he thought about the food—though he is not an established food critic, he’s a sharp-shooter whose opinion might serve to readers as an honest gauge of whether or not the pizza was worthy of a trip to Pizza Urbano. Kids do tend to be pizza aficionados.

“Tell me what you think about the pizza, Finn.”

“Awesome, and great. It tastes like lasagna that never quits. It is so freaking awesome, no one could resist.” 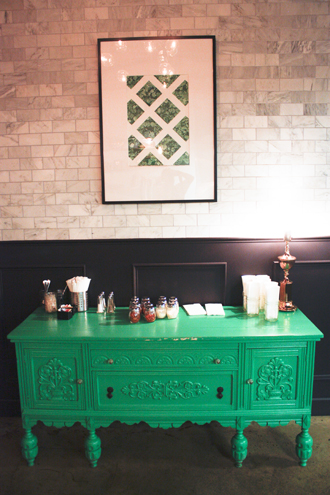 Pizza Urbano is open seven days a week for lunch and dinner. They’re open late on Friday and Saturday nights (till 2:30 a.m.) and all other nights of the week, they close at 10 p.m. They’re located at 1050 20th Street.