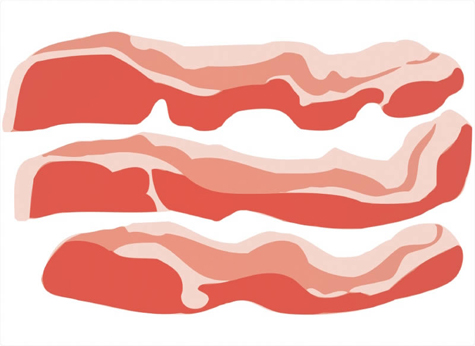 Bacon lovers unite! From Jan. 20—22 the inaugural Sacramento Bacon Fest will be sizzling in venues all over town. On Friday, Jan. 20, 2012 at 8 p.m. at Luigi’s Fungarden (1050 20th Street), check out the “Kevin Bacon Tribute Night” featuring musical artists like Jem and Scout, Aaron King, The Foxtails, John Conley, 50-Watt Heavy and others performing songs from Kevin Bacon films. Hilarious! Luigi’s menu will feature a special Bacon Supreme Pizza, and the all-ages show is $5. Bacon on pizza? Yes, please! Then on Saturday, Jan. 21, 2012 Magpie Market Cafe (1409 R Street) will host the “Bacon Fest Breakfast” from 7:30 a.m. until it’s all gone. Once you’ve snapped out of your food coma from breakfast, head to Pangea Two Brews Cafe (2743 Franklin Boulevard) at 4 p.m. to their “Bacon-in-Beers” event where a special bacon bar menu will be in place as well. Bacon in beer? Fill it up again! Bacon Fest wraps up on Sunday, Jan. 22, 2012 with two events: “Bacon Fest Brunch” starting at 10 a.m. at Golden Bear (2326 K Street) and then from 1 p.m. to 5 p.m. the first ever “Bacon Fest Local Chefs Competition” at Mulvaney’s B&L’s Pig Next Door (L and 19th streets) which will feature celebrity judges, plus bacon small plates as well as beer and wine selections. Cover charge on that event is $20. For more information, visit
Facebook.com/sacramentobaconfest or follow Bacon Fest on Twitter @SacBaconFest.