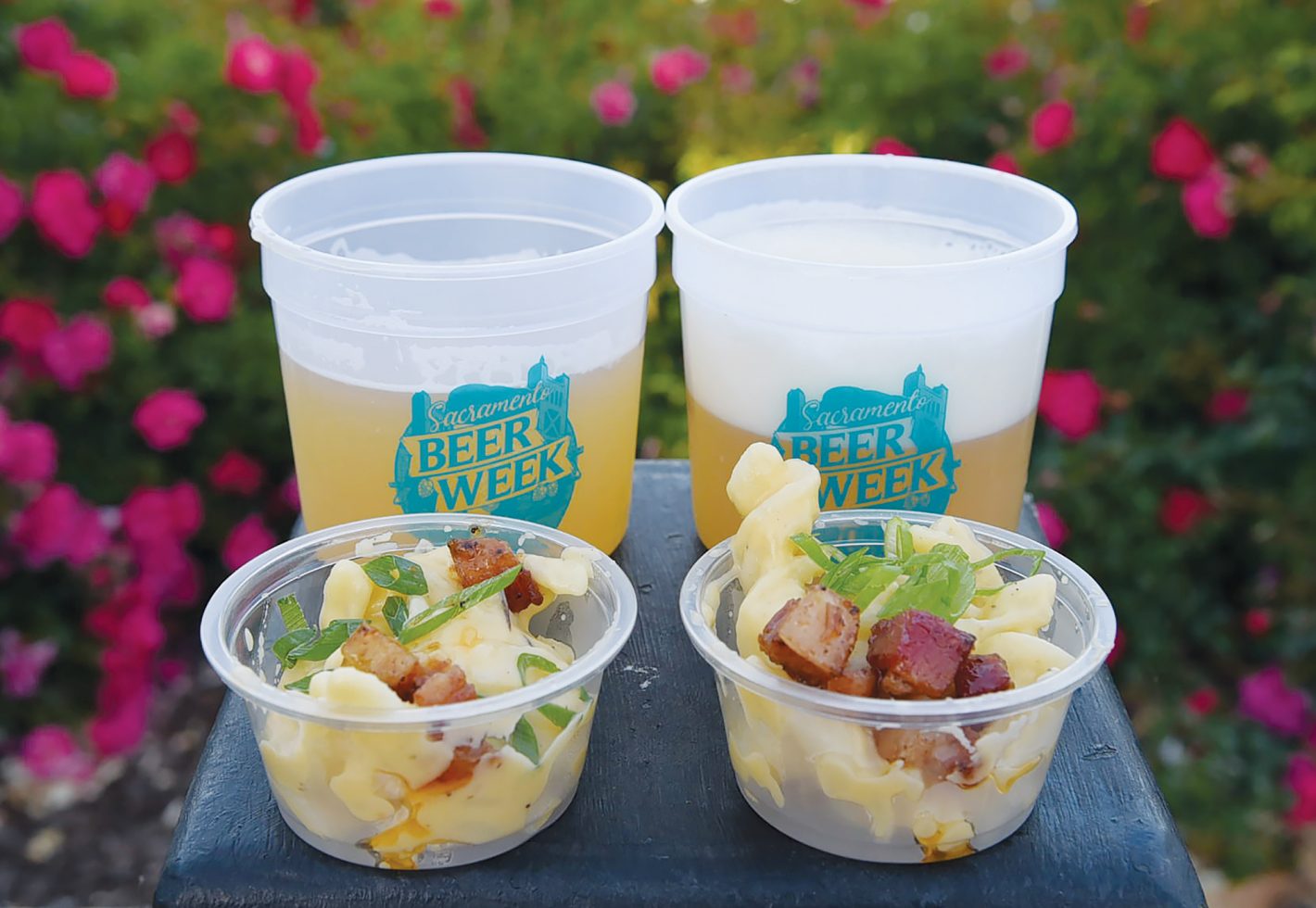 We should be pairing our beer with good food, according to Sacramento beer aficionados. That’s why food is one of the overarching themes of this year’s Sacramento Beer Week, which kicks off April 26 and celebrates its 10th anniversary.

Two foodie events will anchor the start and close of Beer Week. The opening event is the Second Annual Mac + Brew Review at River Walk Park on April 26.

“One thing Sacramento is really known for is we have an amazing farm-to-fork scene here,” says Kate Whelan, director of Beer Week for the last three years. “We’re foodies but accessible foodies. After talking to consumers at Beer Week three years ago, I wanted to incorporate food, so last year we started our Mac + Brew. This year we are doing it again but it’s double the size with 15 chefs and breweries.” 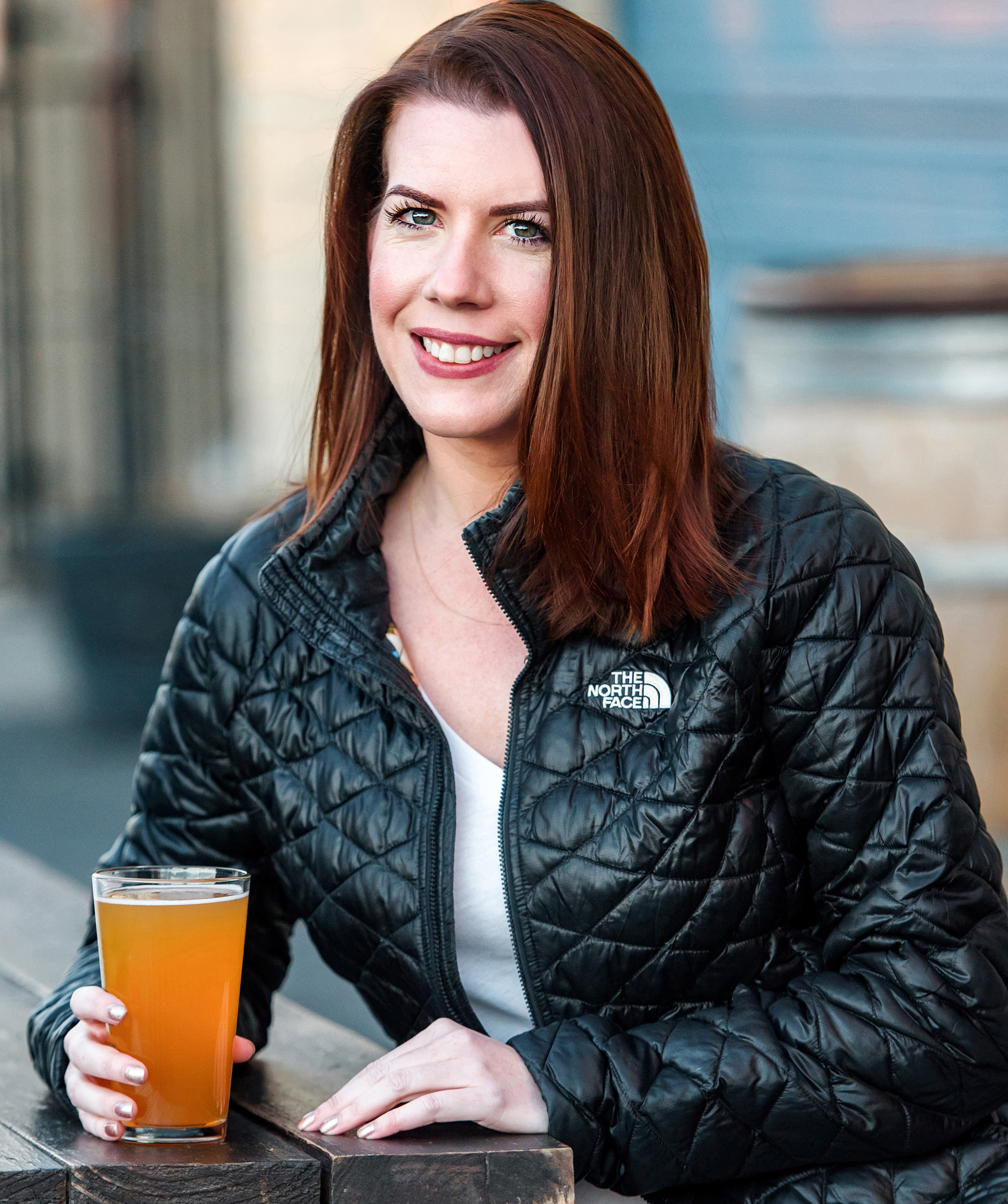 “We’ve done a sour beer and cheese pairing event before,” says Zehnder, who also manages Mraz Brewing Company in El Dorado Hills. “That’s something a lot of people don’t think about but they get it when they try it.”

The finale event—the first-ever Capitol Brewers Dinner at Beatnik Studios May 5—is the real foodie showstopper. Whelan describes it as a more accessible Tower Bridge dinner, with five courses prepared by local chefs and each paired with a local brew, showcasing the region’s diverse spring bounty.

“We still can’t do 6,000 people at the Capitol Mall—we’re not there yet—but we do want to elevate the conversation around beer,” Whelan says, referring to last month’s Capitol Beer Fest. “We wanted to do something that is really cool and different and broadens the demographic of the beer drinker.”

Zehnder adds that guilds nationwide have been reiterating over the last few years to elevate beer, and she believes pairings are a great way to do it.

“I’m excited to have people who are not as involved with beer but like their local food and a more intimate experience to try it,” she says. 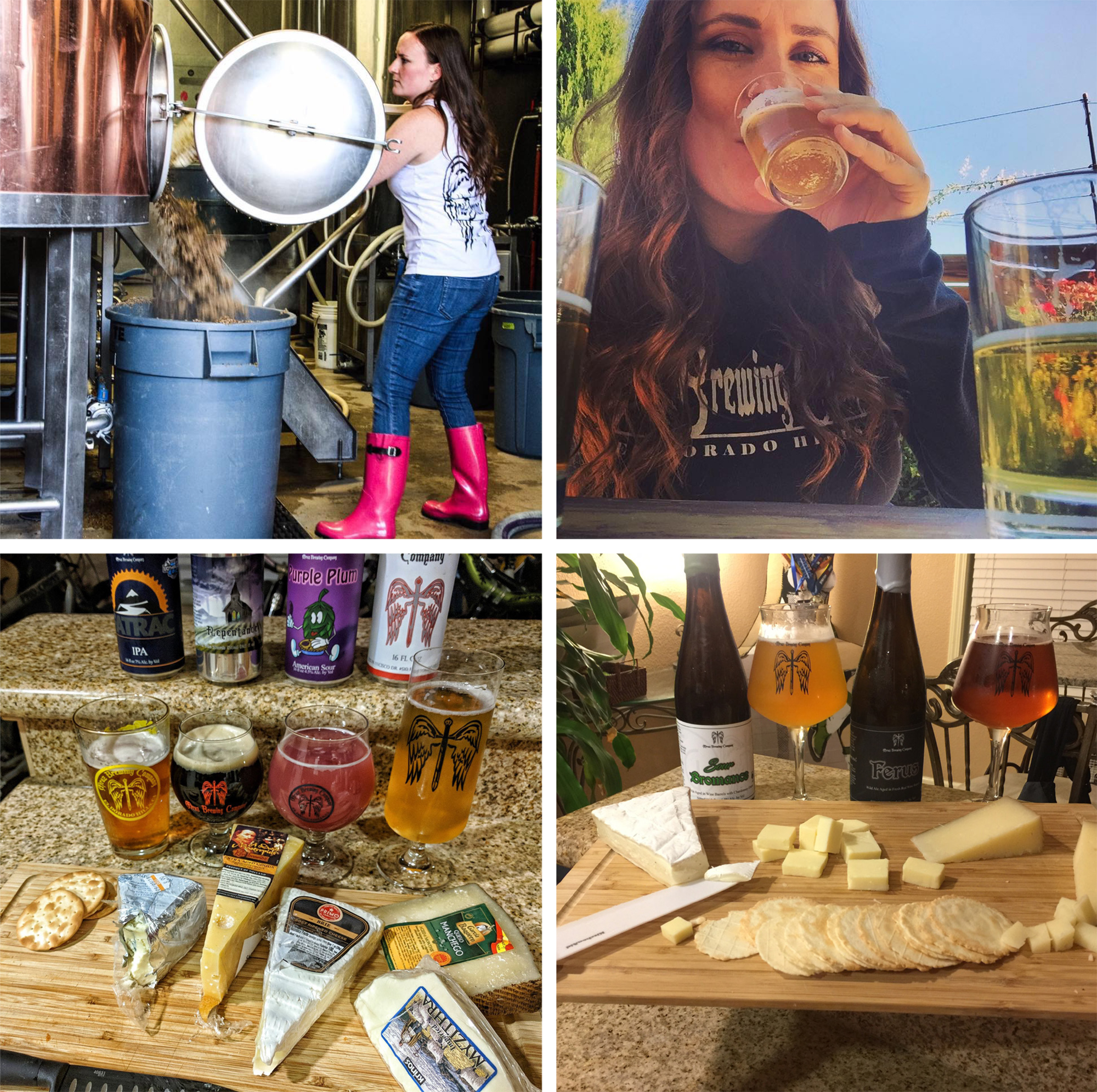 Dan Scott, one of the original founders of Beer Week, notes Sacramento is home to one of the earliest beer weeks in the country and is the perfect location to expand the pairing concept.

“I hope Sacramento becomes known as more of a food destination as well as a beer destination,” Scott says over a flight of sours at Fieldwork in Midtown. “We are one of the nation’s hidden gems. We’re lucky.”

He adds, “We are a concentrated beer region now, where we have enough numbers to draw people here for festivals that only feature local beers, which I think is amazing. It’s not common in the rest of the U.S. I think it’s important to showcase.” 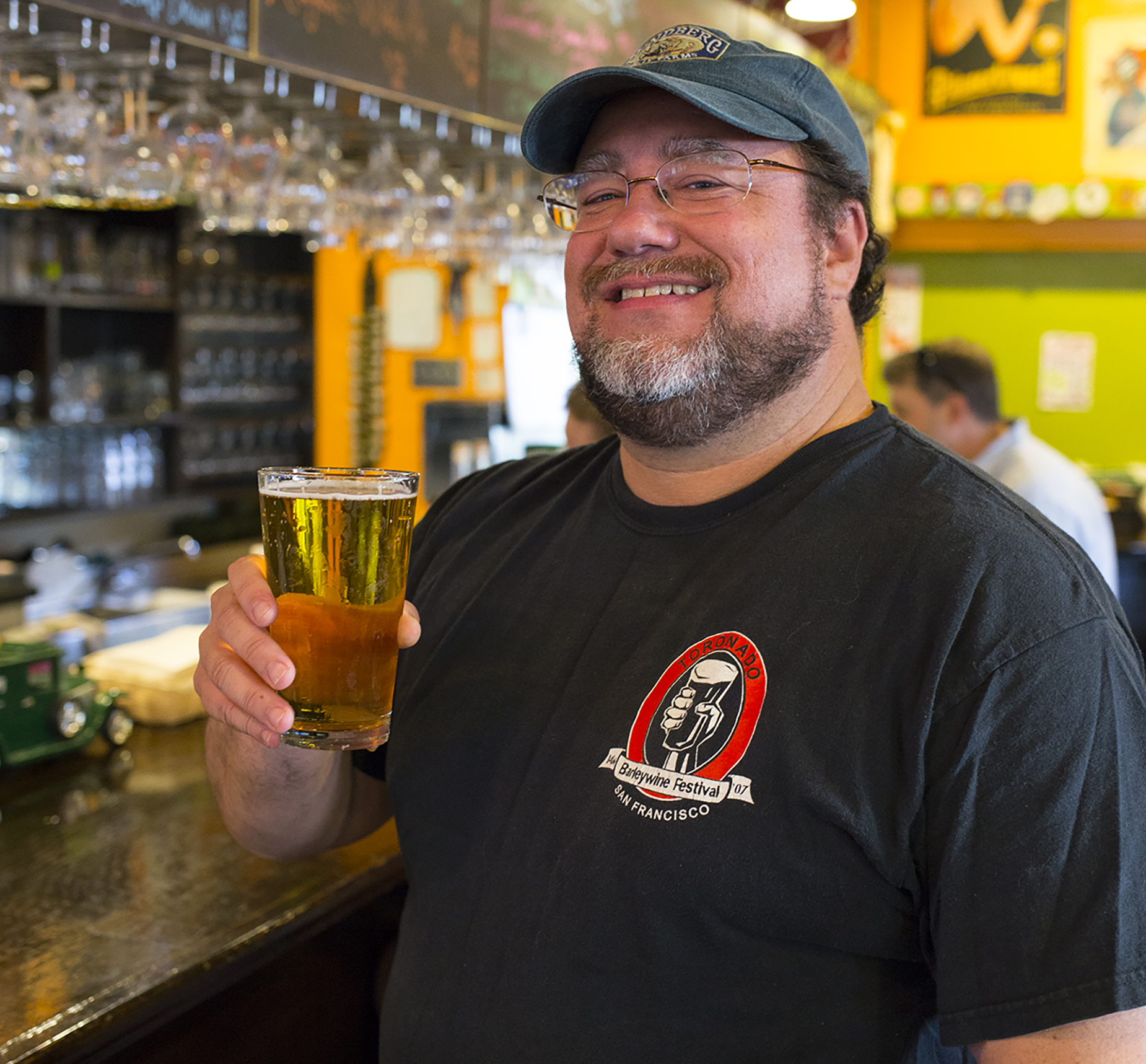 Dan Scott, Founder of Beer Week and host of trivia night at The Shack in East Sacramento | Photo by Evan E. Duran

Justin Chechourka, author of Sacramento Beer: A Craft History, believes we may have already achieved destination status, with more than 70 breweries in the region and no sign of growth slowing down.

“It’s partly because of this want for farm-to-fork,” Chechourka says. “If my food is farm-to-fork, why isn’t my beer? People want craft, they want artisanal stuff and that’s what brewers here offer. And another thing we didn’t have before is they’re part of the community.

They hold charities and events and social gatherings that we didn’t have before. Breweries have become an important part of the fabric of the community.”

Scott says part of the reason Sacramento becoming a beer destination makes sense is because the region doesn’t specialize in any one particular style of beer. It’s not known for West Coast IPAs or hazies. It’s a place that has always had it all, he says.

“One of the greatest things about the Sacramento beer scene is you can find even hard-to-find styles and it’s not about which style is trendy,” Scott says. 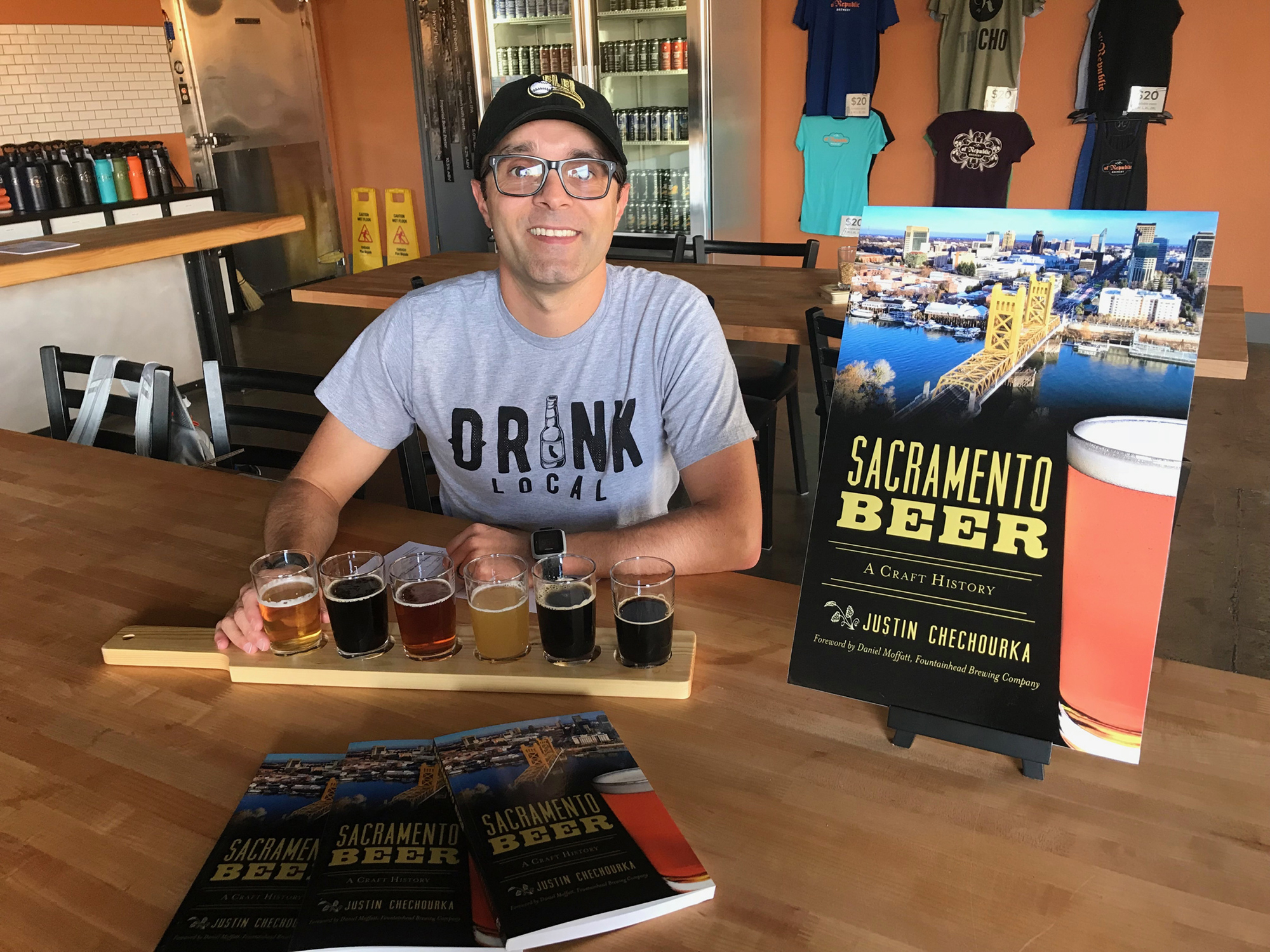 Sacramento once had the largest brewery west of Mississippi, called the Buffalo Brewing Company, now the location of The Sacramento Bee. Buffalo competed with Budweiser and Coors up until Prohibition, Chechourka says.

Sacramento at the time was also one of the largest hop producing regions in the world.

“Sacramento was really a beer-central place and then it wasn’t anymore,” he says. “Prohibition was a big part of that for sure, and part of the reason hops went away was it’s so expensive to grow and farmers found other commodities that would make them more money, like tomatoes, rice, and nuts.”

Chechourka adds that when the craft beer boom occurred around 2007, Sacramento only had nine craft breweries in the region. Rubicon, which closed in 2018, had been open 30 years and was one of only six brewpubs in the entire state at its opening, when brewpubs became legal again in the 1980s (under Jerry Brown the first time he was governor).

The recent creation of the Sacramento Area Brewers Guild is also helping put Sacramento back on the beer map. Scott says the region had representation in the larger Northern California Brewers Guild up until the end of 2017, but that guild covered Fresno to the Oregon border, so local brewers had a more informal club in which craft beer fans and people in the industry would just run into each other in the same places.

“It was almost like a secret society back then,” he says.

The new guild is a nonprofit, has a mission-driven approach, is run by a large volunteer elected board, of which Zehnder is currently president. It represents 55 area breweries.

Zehnder says the benefits range from beer collaborations to shared large buys of ingredients, to networking and educational events. Along with hosting Beer Week, the Guild is also planning a Sacramento Brewers Cup in collaboration with other guilds, which Zehnder hopes will reach a high caliber throughout the state as it becomes more established.

For now, she says the guild will focus on their mission to make Sacramento the beer destination local beer lovers already see.

“We are getting there but it has been a newer focus,” she says. With Sacramento Beer Week growing from seven brewery participants to more than 70 in just 10 years, and major ticketed events selling out quickly, the mission shouldn’t be too hard to accomplish.

Learn more and build your Beer Week schedule at Sacbeerweek.com! Events run from April 26 to May 5.