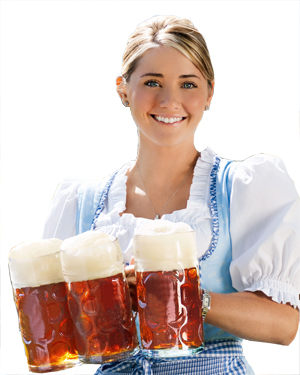 It all started in 1810… The citizens of Munich were invited to gather at the royal gates to celebrate the marriage of Prince Ludwig to Princess Therese. The party’s success turned the one-time celebration into an annual festival, raising the initial guest list from 400,000 to a current 6 million in attendance. People from all over the world attend Germany’s festival, but now it’s being brought to you. Don’t think of Sactoberfest as a modest version of the original festival; located in West Sacramento’s Bridge District, it’s delivering 100 percent German authenticity all in a single day. Come in your best German duds and expect German beer, polka DJs, yodeling, German beer, dance halls, German beer, contests and much more. With catering from Sienna and LowBrau, we expect the turnout to be pretty close to its namesake. Tickets, news and more information can be found at Sactoberfest.com