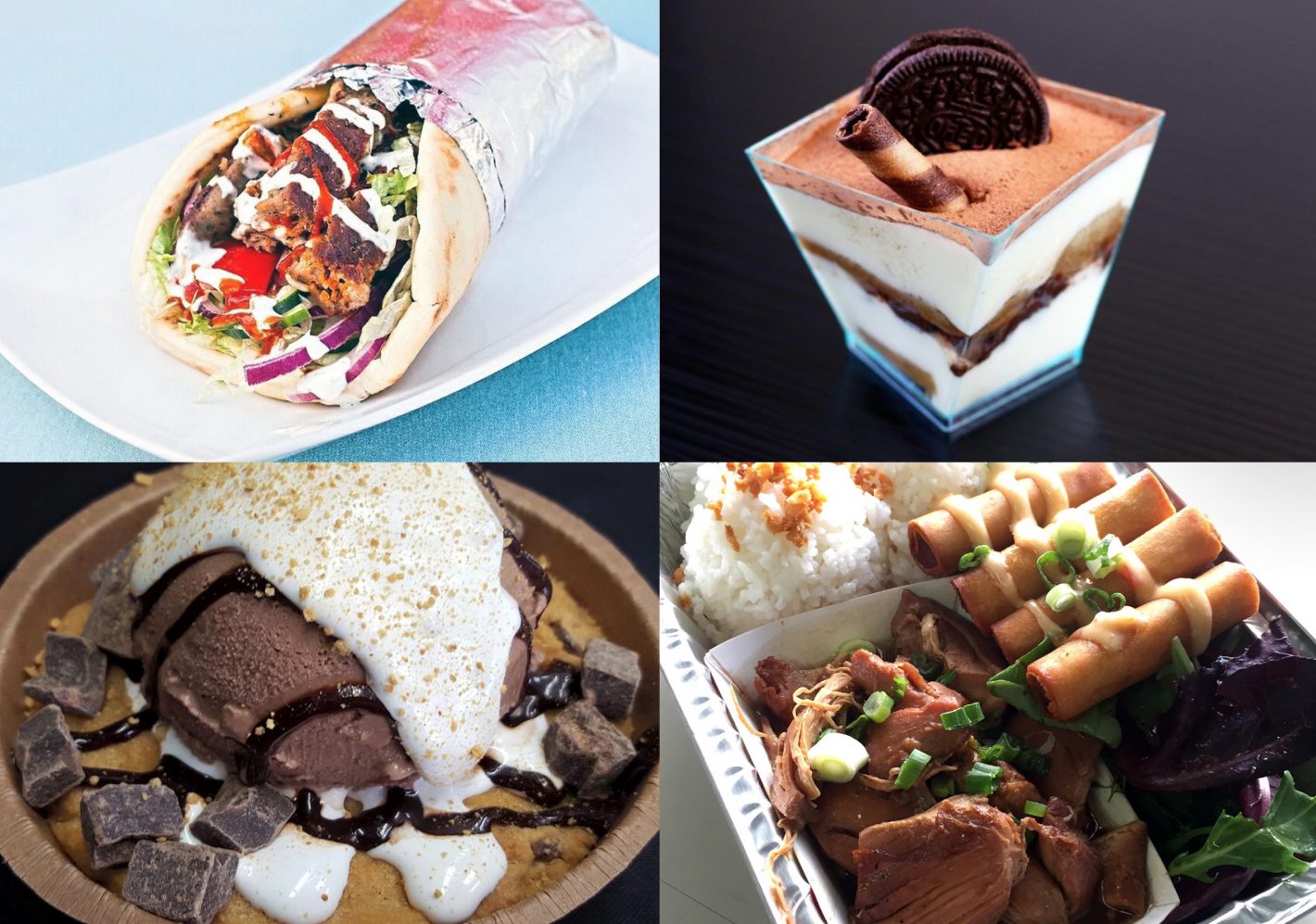 On April 29, 2017, Sacramento Mobile Food (SactoMoFo) will hold its 10th and last annual food truck festival at the Sacramento Railyards on Railyards Boulevard between Fifth and Seventh streets.

SactoMoFo is discontinuing its annual festival to focus on strengthening and expanding food truck dinner events, as the cost and logistics of a large-scale free festival have proven unsustainable without major sponsors.

Since 2011, SactoMoFo has offered full service gourmet mobile food event planning and held more than 1,500 events in Northern California. The annual festival had been known to bring in more than 10,000 attendees.

The organization currently coordinates nearly daily lunch trucks at busy worker hubs like Sutter Health, Natomas and Roseville, at events like UC Davis Picnic Day and at marches on the Capitol.

SactoMoFo will continue to support Front Street Animal Shelter through its MoFo Mutt Program. Twice a month, the SactoMoFo blog has a post profiling a “MoFo Mutt” at the shelter. SactoMoFo covers the cost of each MoFo Mutt adoption and offers a $20 SactoMoFo gift card to the adopting family.

Food truck roundups often incorporate a charitable component, and over the years SactoMoFo food truck participants have raised thousands of dollars for organizations like the Rebuild McKinley Park effort, Toys for Tots Foundation, the California Firefighters Foundation, the Sacramento Food Bank and Family Services, the Whole Foods Foundation, and the Getty Owl Foundation.

Below is a list of our top 10 diverse and enticing items to try at this year’s festival. 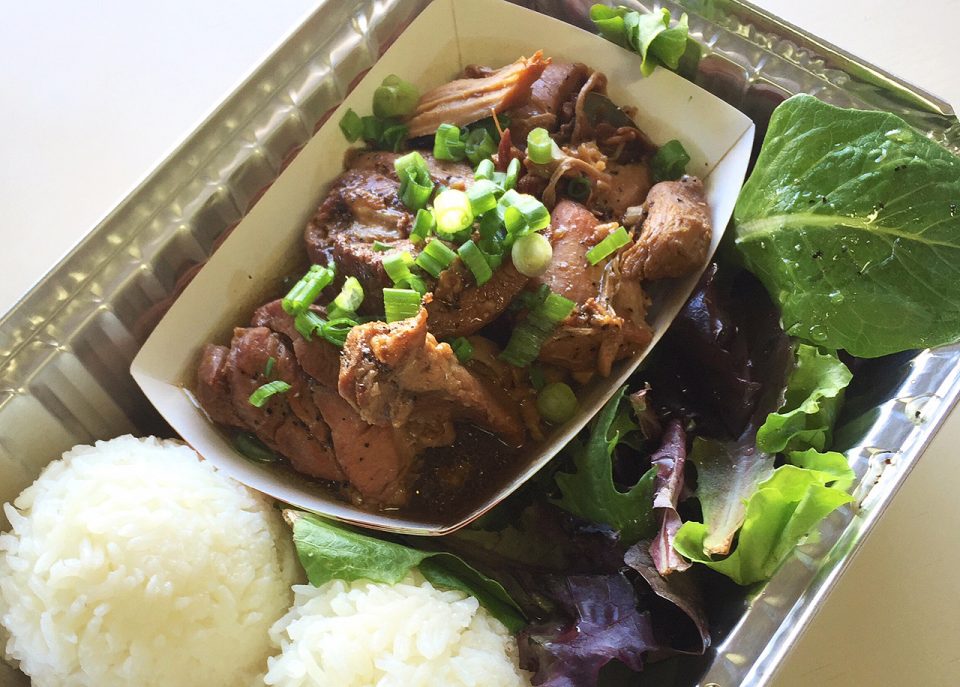 This Filipino/Asian food truck piqued our interests when it showed up downtown one day with its assortment of milk and fruit-infused teas filled with the tapioca balls of its namesake. Very few downtown restaurants offer boba, let alone lumpia. Never heard of lumpia? It’s basically an egg roll, and Wandering Boba’s has a great crunchy veggie option. For this event, however, we’re excited to try Wandering Boba’s adobo. Filipino adobo is a tangy marinade of vinegar, soy sauce and garlic. It’s a staple in the Philippines and this food truck marinates chicken in it before serving it either fried and drizzled with more adobo, or serving the chicken with a side of steamed rice. 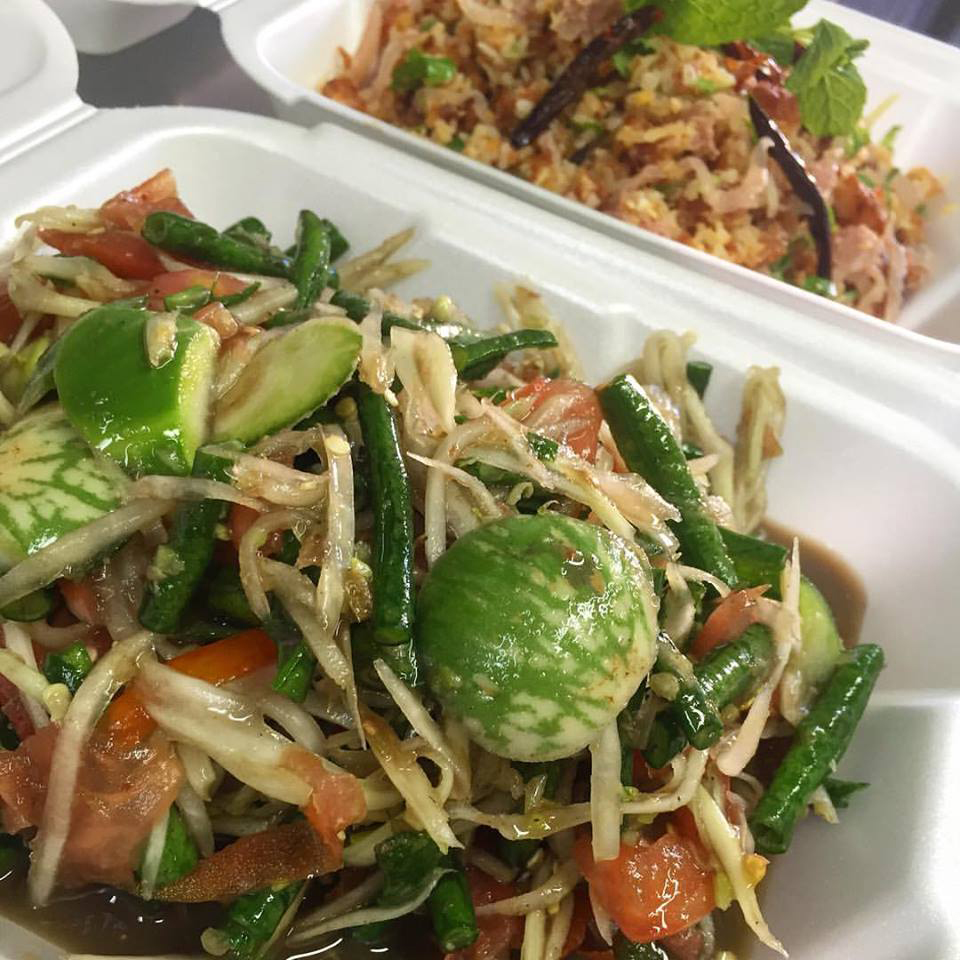 Sacramento has a strong smattering of Thai restaurants that range in price and flavor. We have yet to try this Lao/Thai food truck, but with staples like pad thai, drunken noodles and papaya salad, it can be hard to go wrong if the balance of sweet, sour, savory and salty isn’t just right. We’re expecting a warm Saturday, thus leaning toward the salad, one of very few salad entrees to be offered at the festival. 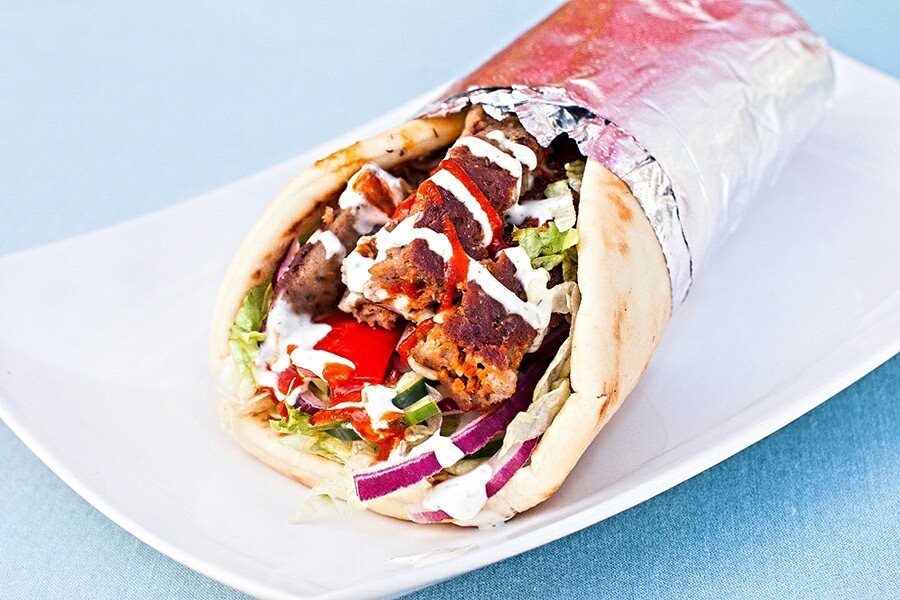 This truck checks all the boxes, whether you’re looking for meat, vegetarian, vegan, gluten-free or halal. With the growing popularity of Halal Guys, the original Middle Eastern halal food cart in Manhattan that has grown to brick and mortar restaurants from San Francisco to Las Vegas, we’re excited to have a local purveyor that’s just as delicious. The blend of hot lamb gyro meat and crunchy cucumber covered in both tzatziki and sriracha is already making our mouths water.

Rudy’s on the Roll

Wait. There’s another lobster roll food truck option other than Cousin’s?! For those of you already aware of this, you’re in luck. Rudy’s will be stocked with seafood for SactoMoFo this year. For the rest of us, thank goodness we can now start tracking TWO lobster roll mobile options in the region. We were getting tired of following the other guys all over Northern California. The rolls will put you back a bit more than some of the other meat options at the festival, but they’ll definitely impress a date. 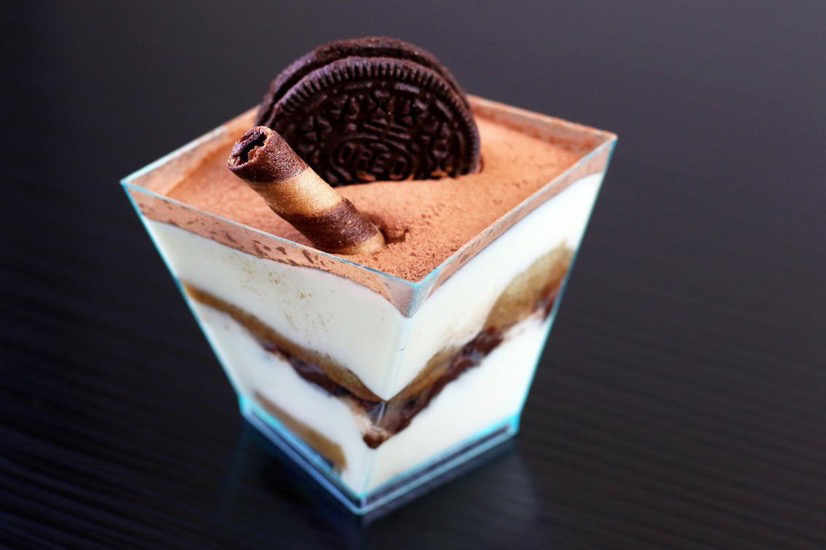 We were ready to order after reading fried garlic rice buns and “Oreo Mochimisu,” which is a tiramisu with chocolate mochi, ladyfingers, Ghiradelli cocoa powder, oreo and chocolate wafer. Koja Kitchen has enjoyed major success in California, with seven Bay Area restaurants and one in Fresno. If the truck leaves an impression, but you don’t want to travel the two hours for a Koja fix, don’t fret. There’s a new location opening in Rocklin and one scheduled for the 700 block of K Street downtown, alongside another Insight Coffee Roasters, a new restaurant from Billy Ngo of Kru and a Jewish deli.

No sheep on the menu, but the smoked salmon salad offering is highly appreciated. As we mentioned earlier, salads aren’t always a big pull in the food truck world, so any entree-sized meal with fresh spinach and tomatoes sounds refreshing. Topped with feta and a lemon dill aioli dressing, this salad has the makings of a very refined outdoor dining experience. Might be worth pairing with a glass of white wine. 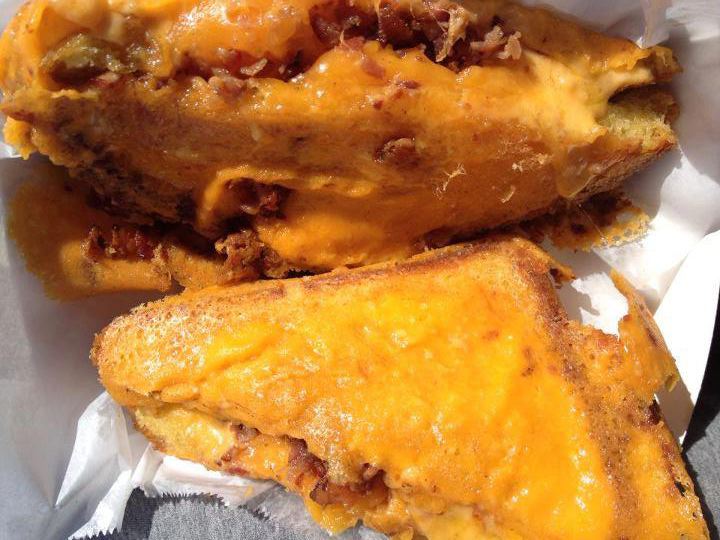 The concept behind Bacon MANia takes us back to memories of summer carnivals, baseball games and pig roasts. Or as the food truck’s website (Baconmaniatruck.com/norcal) proudly boasts, it is “unabashedly American, unapologetic man-food from a fun, friendly and a little bit funky nomadic food truck. Food like you wish your mom used to make, cooked fresh and served up with a smile by the guy/girl next door.” We’re not sure why it has to be “man-food,” but we’ll forgive the gender stereotyping for a taste of the Jack Back Sammie: grilled cheese served on Texas toast stuffed with sharp cheddar, jack cheese and hickory smoked bacon, then grilled with more cheese on the exterior for extra crispiness. 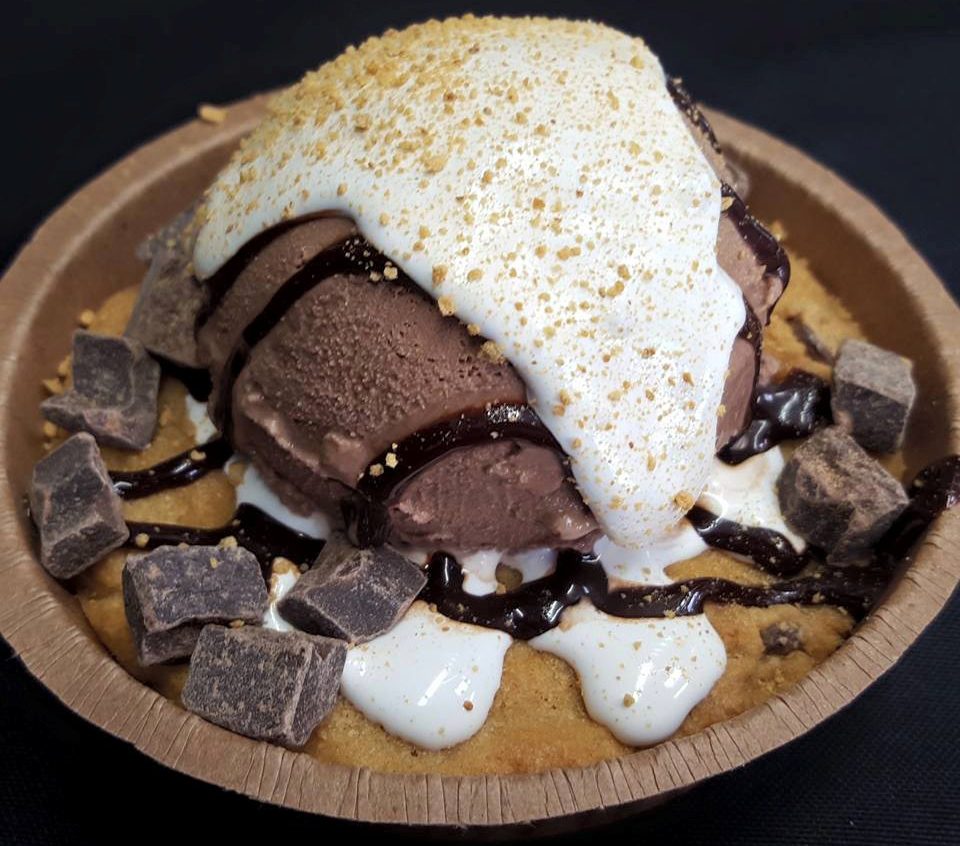 This gourmet mobile food company is considered the first complete dessert truck in the Sacramento area. It specializes in freshly baked goods, including cupcakes, cookies, caramel corn, ice cream sandwiches and its signature “OMG,” a cookie pie with Gunther’s ice cream and a variety of toppings. Their menu touts having the best caramel corn you’ll ever taste, but we’ll be in line for a custom ice cream sandwich and an affogato to keep us awake after gorging on all this food.

This adorable food truck/school bus turns up the charm with its even more adorable liege waffles. For those who think Belgian waffles are those giant pillowy things we get served at American diners, be prepared to be handed something quite different. Liege waffles are tiny, dense and chewy with crunchy pearls of embedded sugar that also create a caramelized exterior. So, they’re basically heaven. 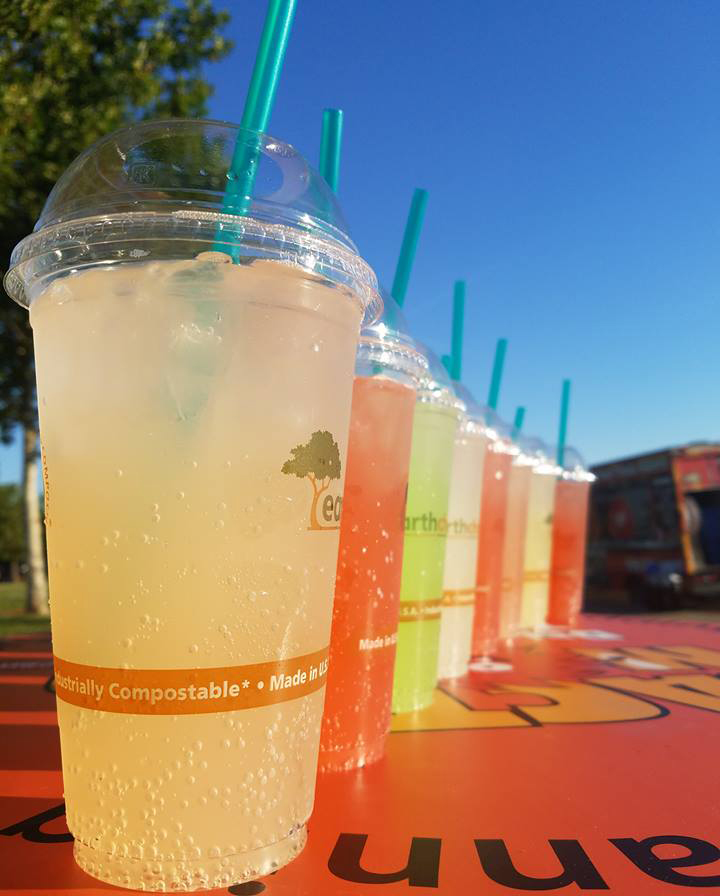 As its name suggests, the Cowtown Creamery truck is a desert truck offering up a range of delicious milkshakes, but their refreshing, cold beverage options definitely don’t end there. The truck also specializes in lemonade, with four different varieties—iced lemonade, sparking lemonade, frozen lemonade and lemonade floats—in flavors including strawberry, blackberry, mango, cherry and peach.

Check out this free, family friendly festival on April 29, 2017! In addition to the 35-plus food trucks that will be onhand, live music, DJs, dance troupes and even an adoptable dog runway show will take place on the main stage, starting at 11 a.m. For a full list of participants and more info, go to Sactomofo.com.