The Little Farm That Could

If you’ve ever been on a farm, you know that it’s a living, breathing organism: It has a rhythm to it, a heartbeat. Every day, the fertile soil gives birth to fruits and vegetables; water flows through the rows of plots like blood through a beating heart; and over the din of chickens, cows and pigs, the groan of the engine of a harvester can be heard as it plucks the next generation of crops from the earth.

That was the scene as Submerge recently took a self-guided tour of Soil Born Farms’ Urban Agriculture and Education Project location in Rancho Cordova, the 55-acre farm along the American River that boasts free-range chickens and other livestock, in addition to a wellspring of luscious fruits and vegetables. The farm is buzzing with activity—literally, a section of the farm is dedicated to pollinators. But the bees aren’t the only buzzing going on at the farm. With Sacramento’s Farm-to-Fork celebration on the horizon (Sept. 13 to 28, 2014), those tending to the farm are preparing for an onslaught of activities on and off the ranch. Their 12th annual fundraiser, the Autumn Equinox Celebration, appropriately falls smack-dab in the middle of the festivities. 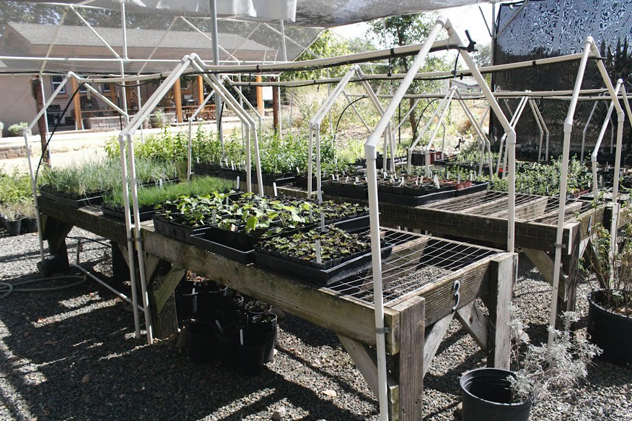 “This is a super busy month,” says cofounder Shawn Harrison. “We’ve got community activities at the farms, we’re participating in panels. We’ve got two huge events coming up—our Autumn Equinox dinner on Sept. 20, which is one of the best food events in Sacramento, [and] we’ve got a partner event, Foodstock out on Raley Field on the 14th. Then we have a bunch of volunteer things lined up at the farm itself where folks can take classes and tours.”

The tours at the American River Ranch weave visitors through winding paths, where they can interact with 11 distinct points of interest on the farm: from the youth garden to an outdoor classroom, from barns to orchards. The sprawling cornucopia of bright, verdant fruits and vegetables welcomes visitors as they wander the grounds, feeling and smelling the products that may ultimately land on their dinner plates.

But it wasn’t always like this. In 2000, Harrison cofounded Soil Born on a 1.5-acre plot on Sacramento’s Hurley Way with Marco Franciosa. They were “two young and inexperienced organic farmers who had a dream and lots of ambition,” according to their bio. The Farm on Hurley Way now currently operates as a training ground for Soil Born’s farm apprentices.

“It’s come a long way,” Harrison says. “When we first introduced this to the area, when we really got involved about 15 years ago, [we were perceived as] two idealistic young people. It was tolerated as a curiosity, but it has moved from a curiosity to a policy and initiative.” 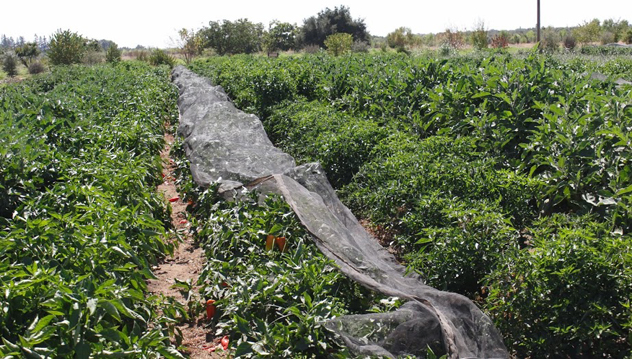 Just down the street from a liquor store, a Valero gas station and one of those inexplicable KFC/A&W hybrids, Soil Born’s American River Ranch isn’t just a run-of-the mill farming operation. The cofounders are interested in the larger discussion about food systems and access to high-quality, nutrient-rich food in an urban setting.

“I think both regionally and nationally urban agriculture is going to see a major resurgence,” Harrison says. “When you think about our overall goals of feeding the population, or the trend of more and more people moving to urban environments, both nationally and globally the urban environments are going to have to play a much more dynamic role with respect to the food system.”

And Soil Born is doing its part. With educational programs like “Grow Your Groceries” and “Herbs for Health,” their Community Supported Agriculture memberships, a planned local Food Hub and allowing the public unfettered access (alright, somewhat unfettered access—Rebecca Le in the administration office warned of rattlesnakes and highly recommended staying on the pathways during our tour), Soil Born isn’t just a farm—it’s a nationally recognized, nonprofit center for agriculture education and community-building. Through partnerships, they’ve even fostered the growth of more urban growing sites including small farms and community gardens throughout the county. 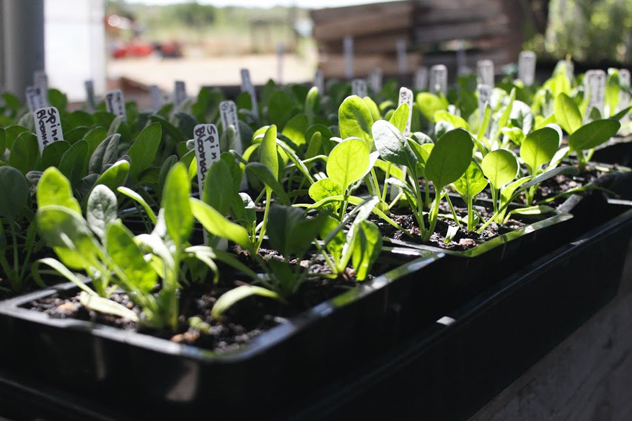 “One of the things we’re working on right now is this idea of the community farm,” Harrison explains. “We think that every neighborhood should have some kind of farm element—it could be a school garden, it could be a community garden…These types of places in the community [not only] have a really profound ability to connect people, but to take more meaningful, direct actions with respect to food.”

This idea of community is what inspired another program at the farm, Harvest Sacramento, which places its focus on what they call an “edible city” vision for the city.

“Harvest Sacramento is a bigger, edible city vision; starting from this really obvious place of existing sources—all the fruit, all the nuts, all the things in our yards that are going underutilized,” explains Dominic Allamano, Harvest Sacramento coordinator at Soil Born. “Much of it winding up in landfills, some of it gets to become compost, a small portion gets to be consumed by people.” 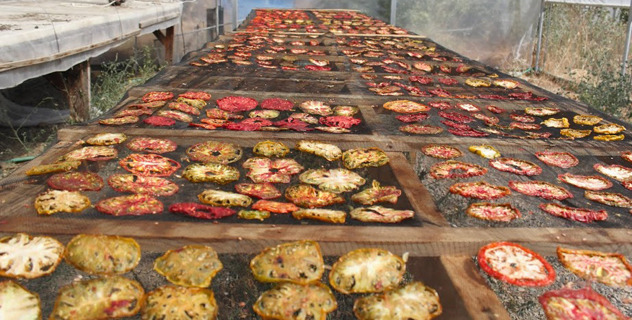 The folks at Soil Born believe that true vision of the farm-to-fork initiative isn’t just about those who can afford to shop at Whole Foods or have access to the many farmers markets in the area—it’s a way to bridge the gap between quality, nutrient-rich food and hungry bellies.

“For the last six years, we’ve organized community harvest events to harvest fruit from back yards and donate it to local food banks—Sacramento Food Bank and Family Services is our major partner, but ideally we try to get food to the closest sources from the neighborhoods it comes into,” Allamano says proudly.

Food these days can be downright terrifying: The ice cream sandwich that never melts. The McDonald’s Happy Meal that never spoils. The “flavor enhancer” procured from beaver secretions. This is the current landscape of food in America—and it isn’t very appetizing.

As consumers trudge through the murkiness of GMOs, rBSTs and other unsavory elements that have taken up residence in our foodstuffs, it’s nice to know that Harrison and his fledgling army of urban farmers are making Sacramento a safer place to eat. 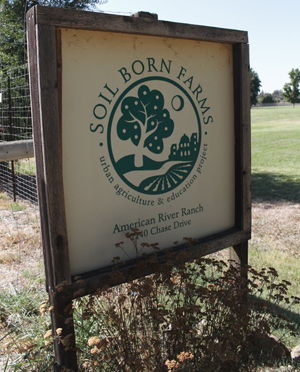