A Bean (& A Few Thousand Pennies) For Your Thoughts: Temple Coffee’s Sean Kohmescher and His 10-Year Takeover of Sacramento 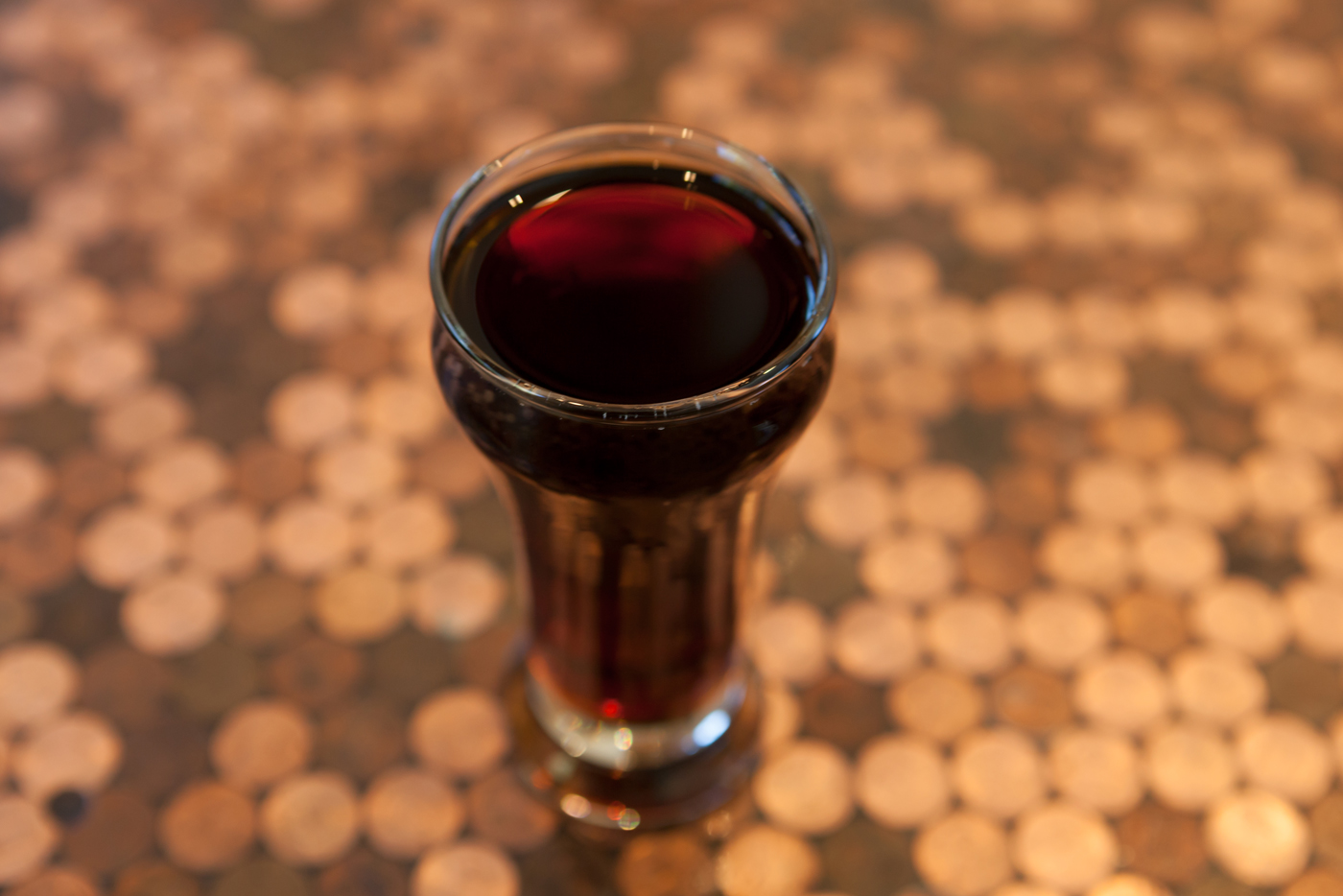 When I moved to Sacramento three years ago, I knew nothing about this town other than it was a little bit dangerous, dry and hot for a large portion of the year and about an hour and a half away from “the city.” It didn’t take me long to discover the things that make this town unique: And really, all I mean here is that it didn’t take me long to realize we have some amazing food and—most importantly—coffee. Lots of it. I found myself spending hours at Temple Coffee after work, getting to know the baristas and the regulars and drinking my weight in coffee. I was the new kid in town, and Temple quickly became my own version of Cheers. Turns out, this is a darn good town to live in if you dig coffee.

Is it even a secret at this point? Sacramento consistently ranks high on the national lists of places for coffee lovers to caffeinate themselves silly. In Sacramento, the craft coffee shop is king. If you work or live near the grid, you have a multitude of options for snagging a well-crafted cup of Joe (I’m convinced the “coffee break” is the new “smoke break,” am I right?!). And chances are, you’ve been to one of the shops that helped spearhead the movement: Temple Coffee. 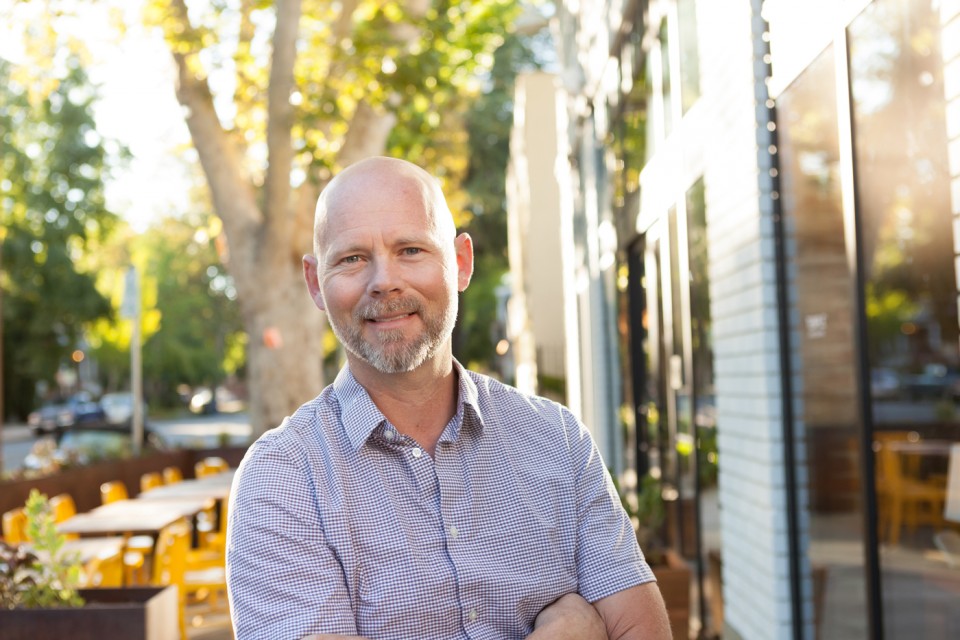 Just celebrating its 10-year anniversary, Temple Coffee has become one of the default go-to spots for gatherings of all kinds—from study sessions, to business meetings, to book clubs, to first dates—and at the helm of this empire is Sean Kohmescher, the guy who took his life savings, sold his rare 1948 Harley and 1958 VW Beetle to open up shop on 10th Street downtown.

Originally from Oklahoma, Kohmescher moved to San Diego and instantly fell in love with the coffee culture there, where he felt inspired by the community of folks that gathered for the sake of coffee, sand and days at the beach. Eventually he decided to migrate north and get a graphic design degree in San Francisco (where he also worked in the dining industry) before moving to Sacramento to pursue the coffee business. He went to work for Naked Lounge and lived with its founder, Chris Pendarvis, along with his other buddy Jason Griest, the owner of Old Soul. With their energy, passions and support of each other’s ideas, Sacramento coffee was on the brink of becoming something special. 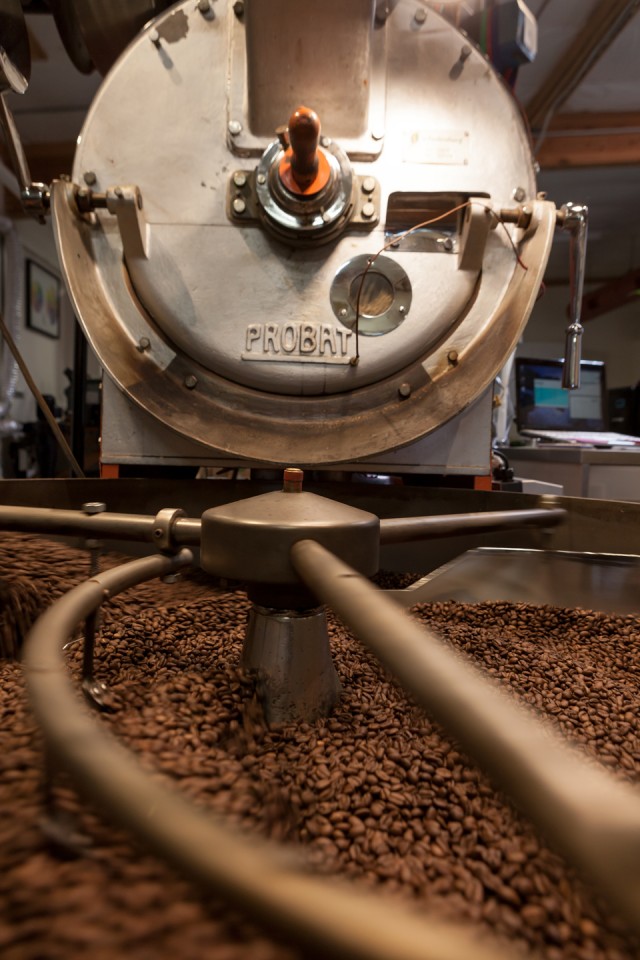 “Sacramento … It was a little cooler back in the day,” Kohmescher says, “cool/uncool. Now it’s more ‘mainstream cool’ but 10 years ago it was underground cool. It was like a little rockabilly town.”

He and his friends would hang out at spots like Benny’s, Java City and go see rock shows at Capitol Garage. “That was it, that was Midtown,” he said. And when Temple opened its doors in 2005 (you now may recognize it as the Insight Coffee location near 10th and J streets), Kohmescher had few specific goals in mind for his business. “My goal? To be able to eat. To pay rent …” he laughs, “to live.” 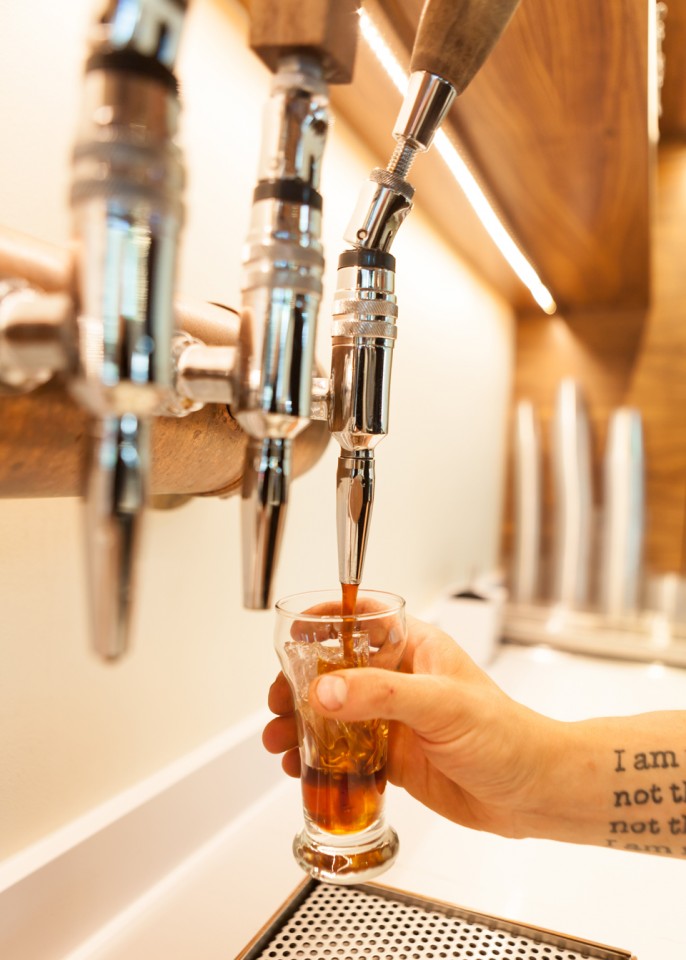 Temple Coffee hit the ground running in their first year and became the first coffeehouse in town to offer single-origin coffee. Their coffees consistently receive top ranks in Coffee Review, which ranks coffees all over the world for outstanding quality. Temple also established “Farm to Cup” sourcing, where their director of coffee, Eton Tsuno, travels to the coffee farms themselves to establish relationships, ensure quality and purchase beans in a sustainable way. In fact, Temple recently set the mold by publishing their financials via “Return to Origin” reports on their website, in an effort to accomplish the most transparent and fair trade business practices with their farmers, perhaps in the hopes that other shops will be nudged to do the same. 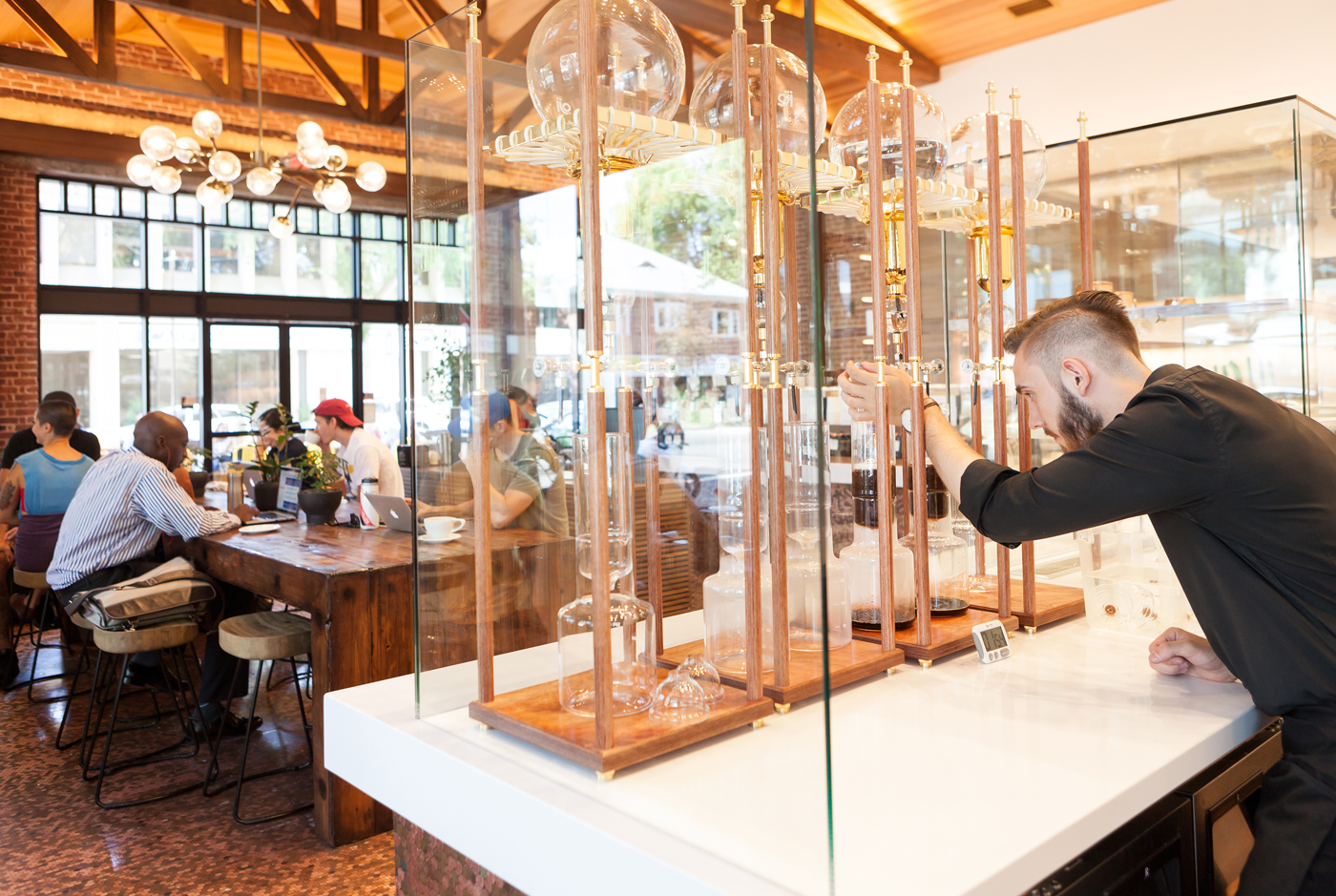 Ten years and five locations later, Temple Coffee’s newest digs in Midtown (on 22nd and K streets) represents not only the culmination of their success in Sacramento, but also a nod to the history of Midtown.

“We try to build [our shops] around what is existing in the space. We try not to make it something that it’s not,” Kohmescher said of the new location, which combined new and old to match the “old world” Sacramento with the new, modern and contemporary buildings popping up around town. “We wanted a space in Midtown that was very ‘Midtownish.’” 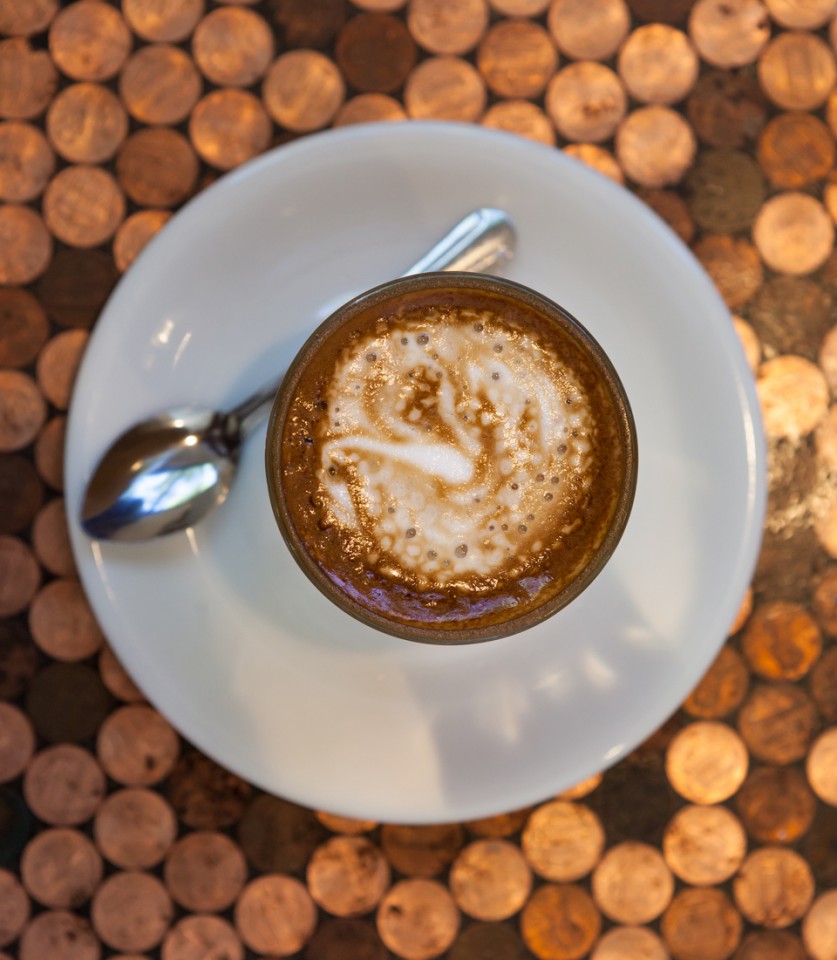 If you’ve been to the K Street location, you’ve probably noticed a few of its strange features, like the penny floors and the motorcycle parked in the middle of the cafe. “It’s kind of an autobiography as far as accents in the space,” says Kohmescher. “We did a lot of combining that old, rough, raw old-school wood aesthetic with walnut, modern, clean lines.”

While Kohmescher is proud of the barn-like ceilings, it’s the penny floors that capture the most attention (pretty sure it’s Instagram famous, at least), and the motorcycle perched in the seating area is a throwback to the Harley that Kohmescher sold to finance the first shop. 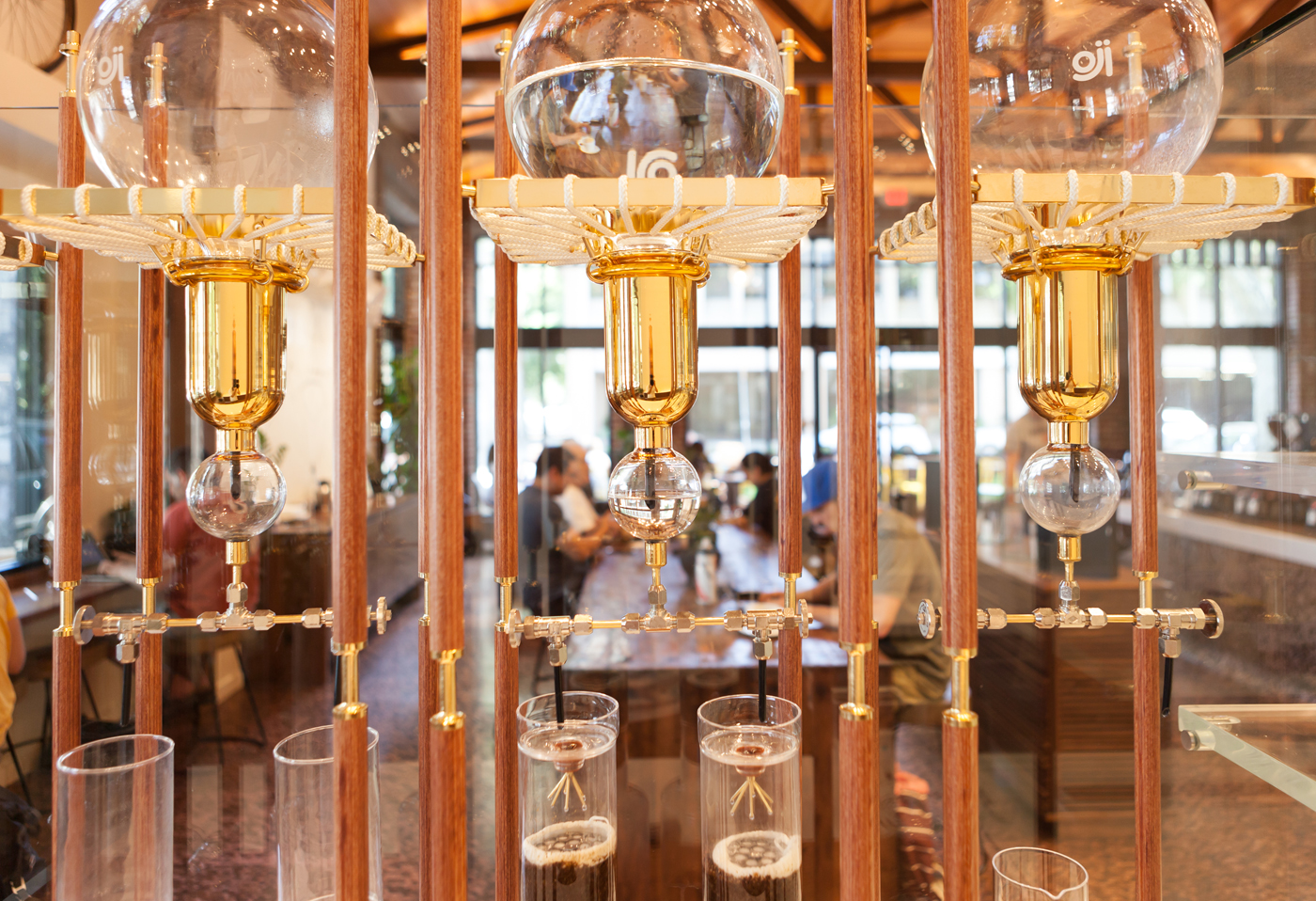 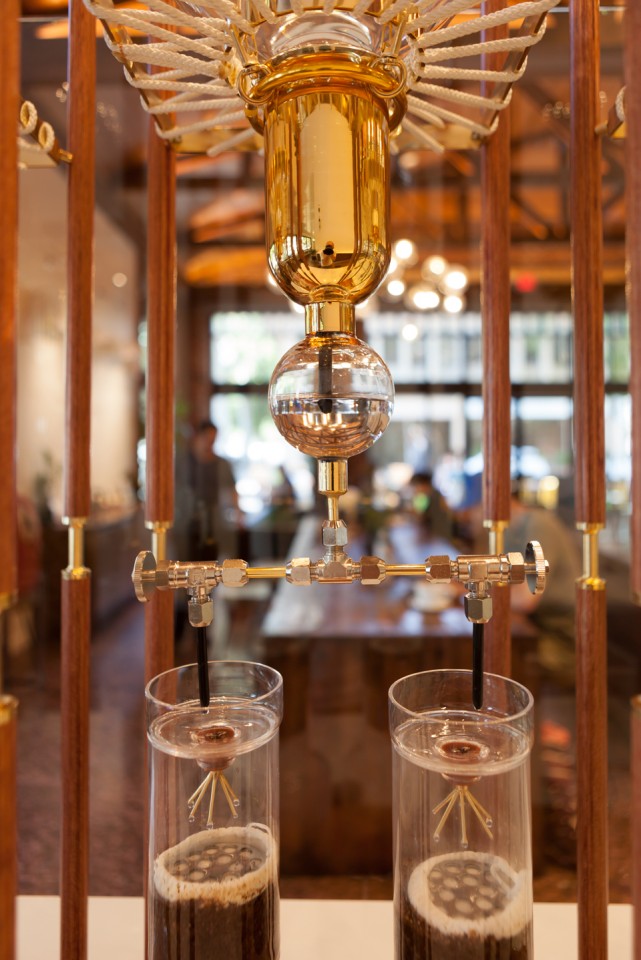 But it isn’t all about the looks—the new location on K Street offers a few special things that the other locations do not, such as custom dessert pairings from various bakeries around town, and Kyoto slow-drip coffee (previously only offered at their Davis location). The seating is cozy, offering a large community table flanked by smaller tables with warm lighting and a large sofa (and I can’t help but think of Friends/Central Perk every time I see that sofa). There’s also cheery outdoor seating in front and large, surprisingly comfortable, rocks to sit on around the corner of the building, offering a great view of surrounding Midtown. It’s the kind of place you’d want to meet up with a friend and chat about your week, your new favorite book or maybe even the coffee shop you hope to open one day. 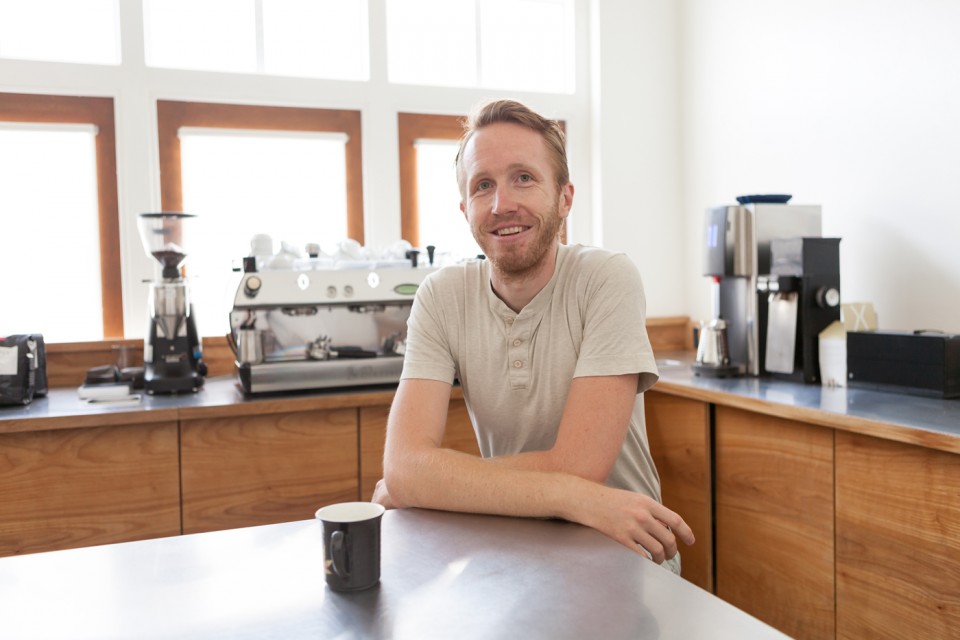 To celebrate the K Street location’s grand opening and Temple’s 10-year anniversary, head roaster Jake Deome created a special three-bean blend utilizing Nicaragua Jaime Molina, Nicaragua Ana Maria Albir and Costa Rica Las Lajas Estate—a delightfully sweet and exotic mix that the shop only offered for the week. Deome said they were excited to be working on a few “premier” coffees (“these are small lot, like the geishas,” Deome says) to gear up for Temple’s busiest season of the year leading up to Christmas.

As for Kohmescher, he’s not sure what’s next. When asked if he planned to expand business to other cities or states, he said maybe—but only if the time is right, and if his team is ready for the growth and added challenge. And if Temple went anywhere, it would probably be down the California coast. But he’s in no hurry; he really just wants to spend more time at home with his family.

“There’s people who are always looking too far ahead,” he said. “The best way to get to the top is one step at a time. And I’m one who doesn’t look a whole lot of steps farther than where I’m walking at the time. Every single step is just closer to whatever that is.”

Temple Coffee now has five locations in the Sacramento area: 22nd and K streets, and 2829 S Street in Midtown; 1010 9th St. Downtown; 2600 Fair Oaks Boulevard in Arden Arcade; and 239 G Street in Davis. You can also learn more at Templecoffee.com. 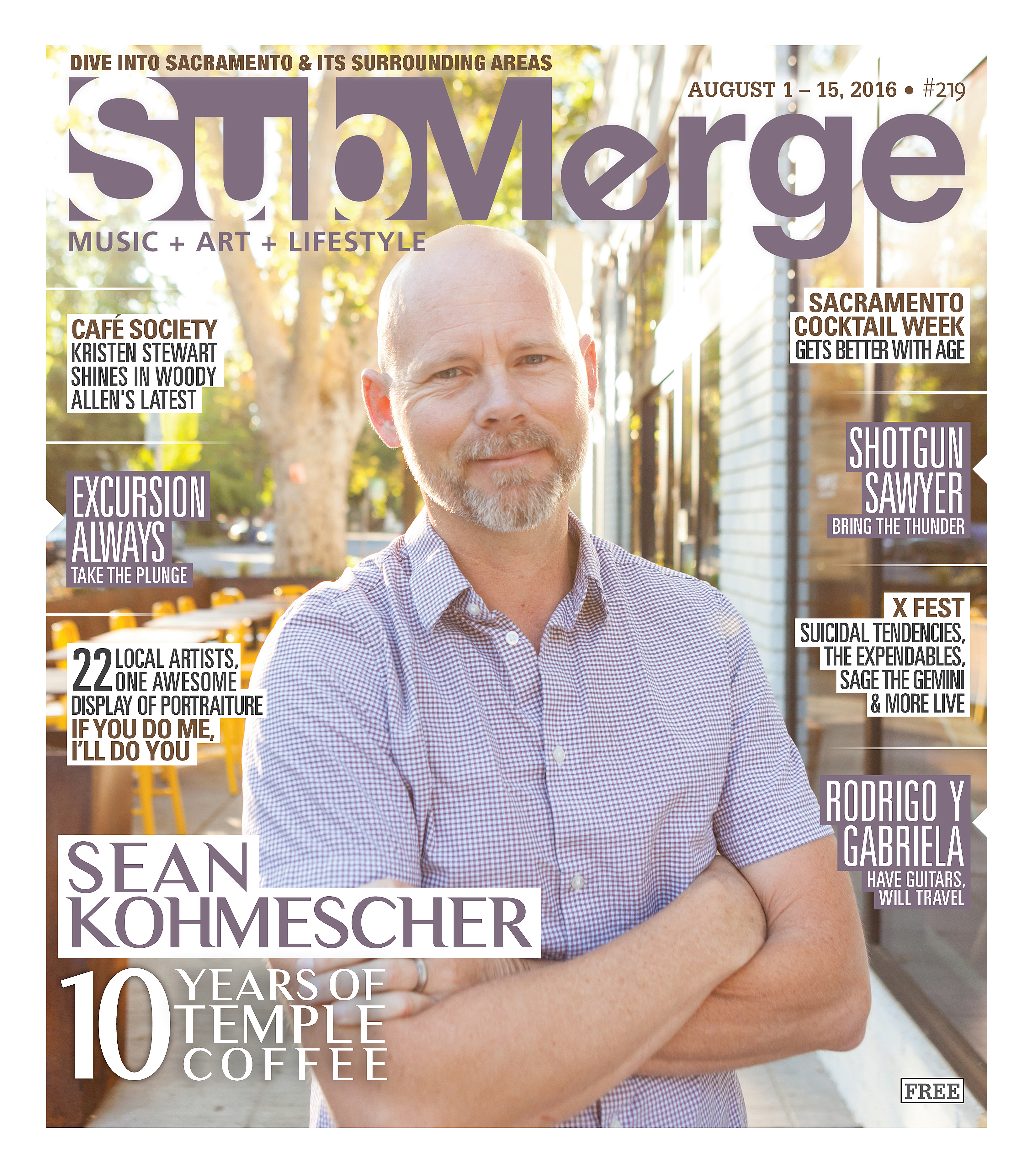