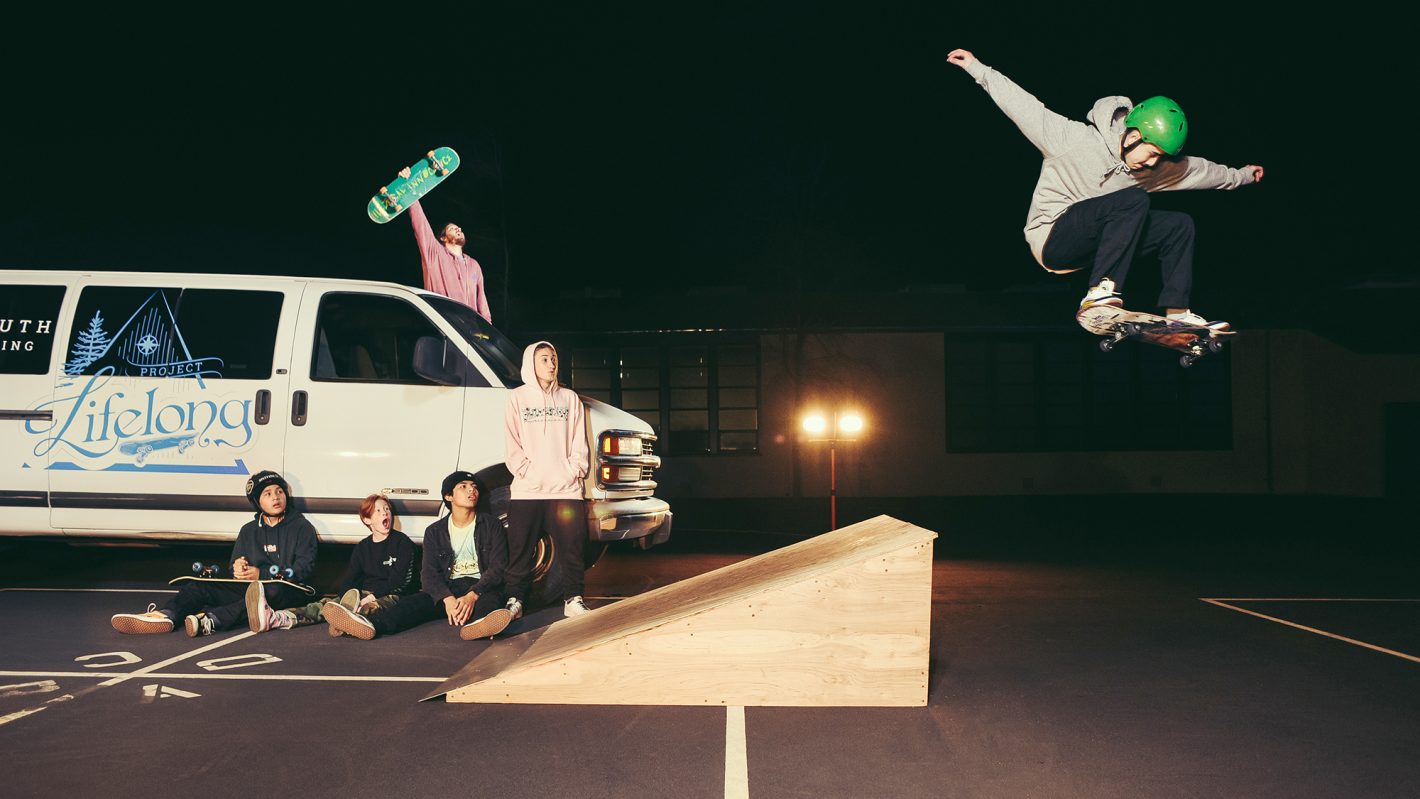 Being a kid is tough. Especially if you live in a neighborhood where not having a car means not being able to access amenities that are out there, like skateparks and places to socialize. Having an outlet can really help young people identify with something bigger than themselves. Project Lifelong attempts to address this need by making skateboarding, camping, surfing and community more accessible to children and teens. Sean LaTour, founder and director of Project Lifelong, is working on expanding the program’s unique offering, as more kids could benefit from his revolutionary idea.

The afterschool program gives kids a place to go, but moreover, it’s a place to learn and create. It also gives teens an opportunity to become mentors and teach children how to skate.

“Project Lifelong is kind of a rendition of being blessed in my childhood and getting to go on amazing road trips with friends,” explains LaTour. “We want to recreate that for kids that couldn’t otherwise afford to get out of town and see the mountains, the ocean and visit great skate parks. The vision was to see kids’ hearts get ignited about how the world is a lot bigger than just Arden-Arcade. There’s a lot out there and it’s only an hour a way. 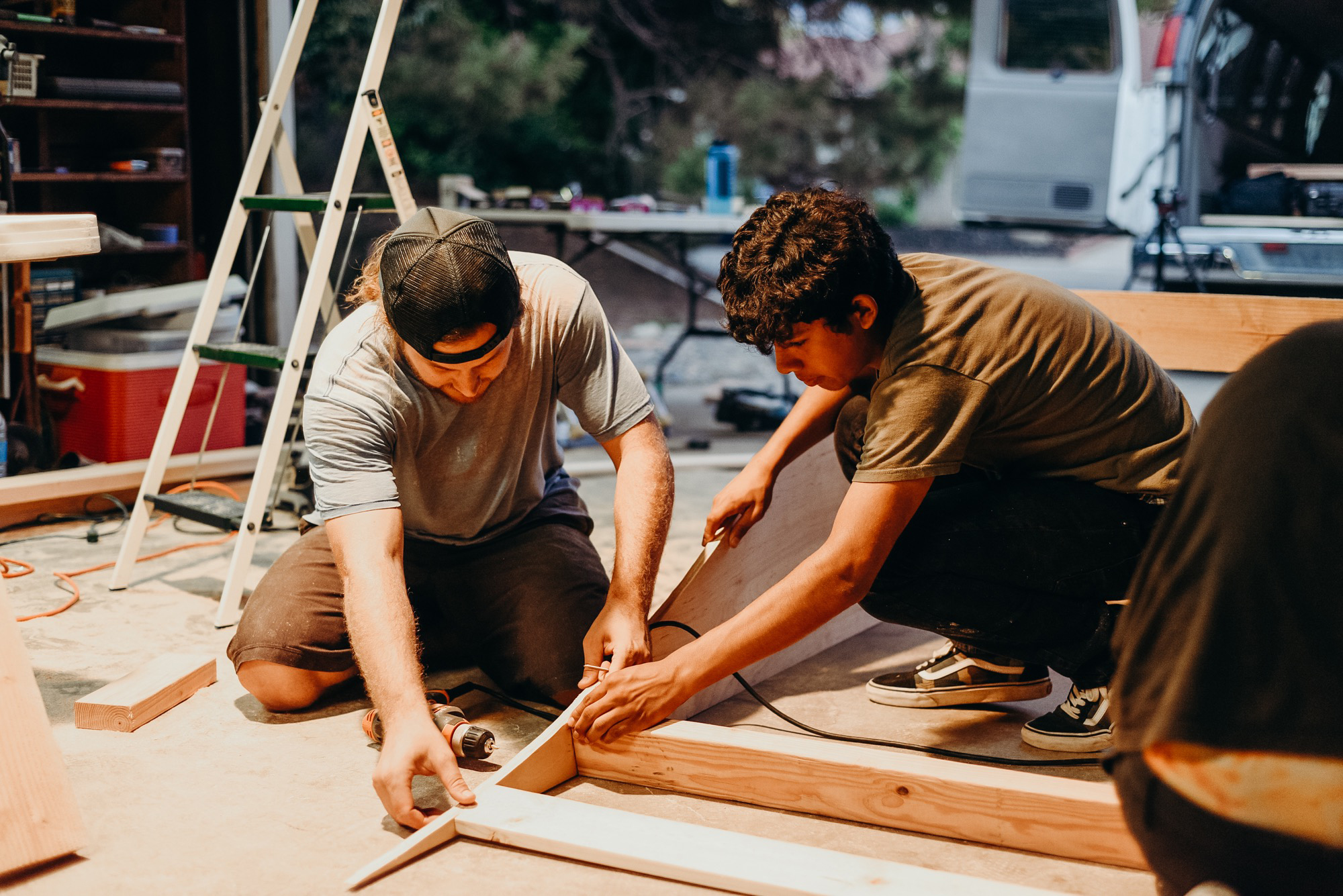 “The project actually started as a senior project while finishing up an education-focused degree,” he continues. “It was a write-up that identified an underserved group of youth with an idea to better educate and serve them through social justice. Back in junior high, we had to hide our skateboards in trash bags because they weren’t allowed on campus. It was a bummer because we’d want to skateboard after school. Hiding my skateboard was like having to hide my identity.”

There are many kids who don’t identify with traditional sports who need some structure and programming. They need adults that support and celebrate their passion.

“If you connect it to school, these kids may have incentive to stay at school so they can stay after school and skate,” says LaTour. “To watch kids connect to skateboarding and persevere through skateboarding on a daily basis is incredible. They learn that if they want to do something, they are going to have to work hard for it. To get that really good feeling, you have to go through some shitty feelings. If you fall, you get back up. They say the concrete is a blank canvas and skateboarders are the paintbrush. Kids are able to be self-expressive through skateboarding. They get to create something that doesn’t exist yet. And it gives them focus.”

The name for the project comes from LaTour’s group of best friends who he grew up with and is still close with today. Together, touting themselves the Lifelong Boys, they would push their limits. They skateboarded, hiked, camped and traveled. They got their first cars and realized, “Holy shit, there are skateparks everywhere,” in LaTour’s words. 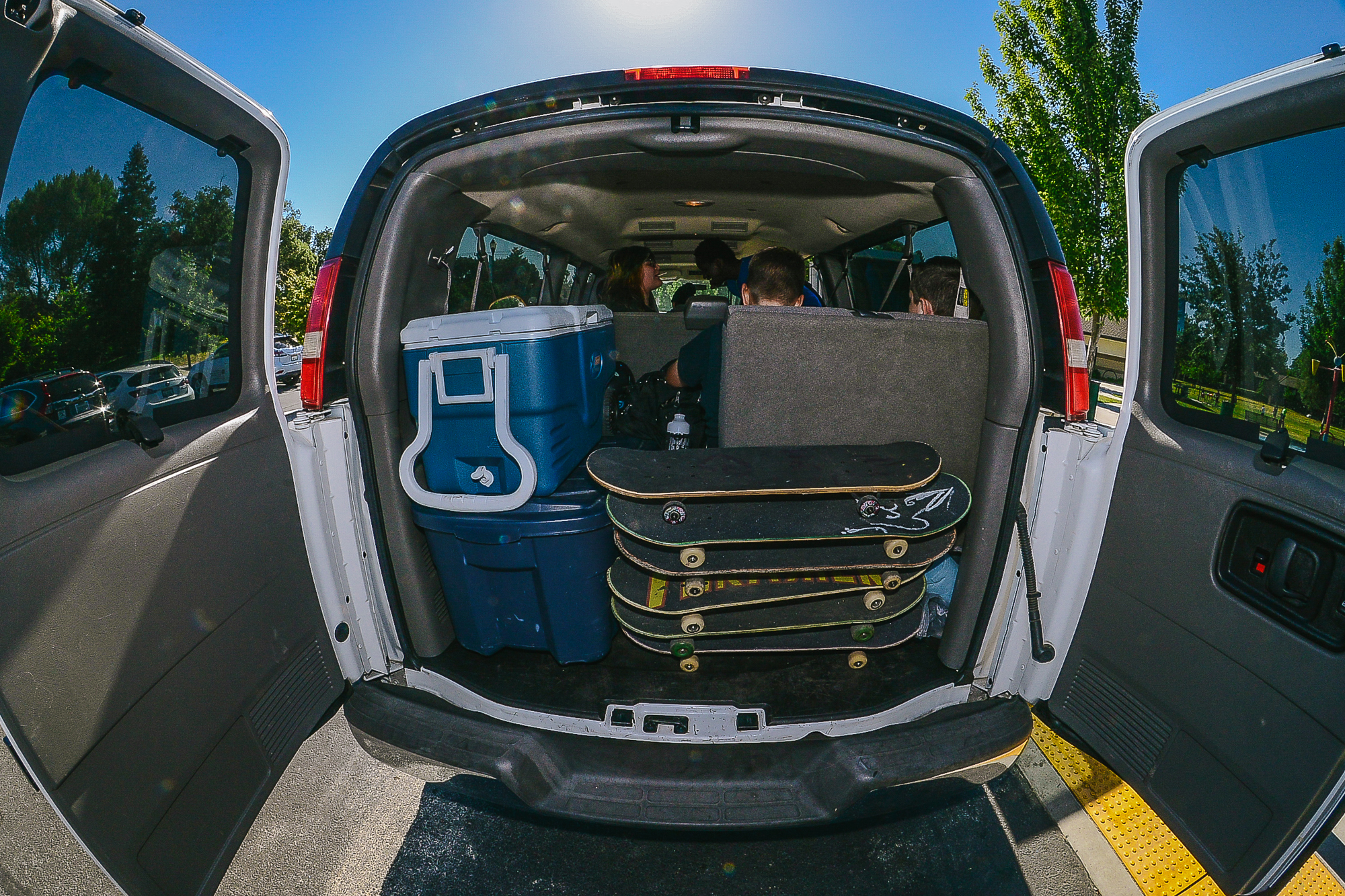 They were able to discover a big world outside of Sacramento and did their best to stay out of trouble. When his best friend’s dad was killed in a car accident, LaTour says, “It made things really real for us very quickly. You get one life. The thrill-seeking and chasing that high of pushing our bodies became a staple of our friendship. Proclaiming ourselves the Lifelong Boys meant we’re always going to take care of each other. Through thick and thin. We tell the kids, ‘You need to stick together. Life is so much better enjoying experiences with other people.’”

Project Lifelong identifies underserved, low-income neighborhoods where kids aren’t able to get to skateparks, like the west end of Arden-Arcade, to determine where to host their programming. Their recently garnered Sheckler Foundation grant is allowing them to expand with their new offering of shipping container skateparks, like the one off Fruitridge and 44th where they host youth skate nights. They’re hoping to next serve North Highlands and Del Paso Heights.

“The big goal is to be everywhere, even beyond Sacramento,” states LaTour. “From a skateboarder’s perspective, Sacramento has done a fabulous job of building places to skate. There are over 10 skateparks in our county. But if you look at a map of Sacramento, the skateparks do this giant circle around freeways. For kids that are out in Arden-Arcade or North Highlands, there are a lot of parents that are struggling financially and maybe don’t have a vehicle. So just because Sacramento has so many skateparks doesn’t mean that the kids can get there. Skateboarding should be accessible for everybody.” 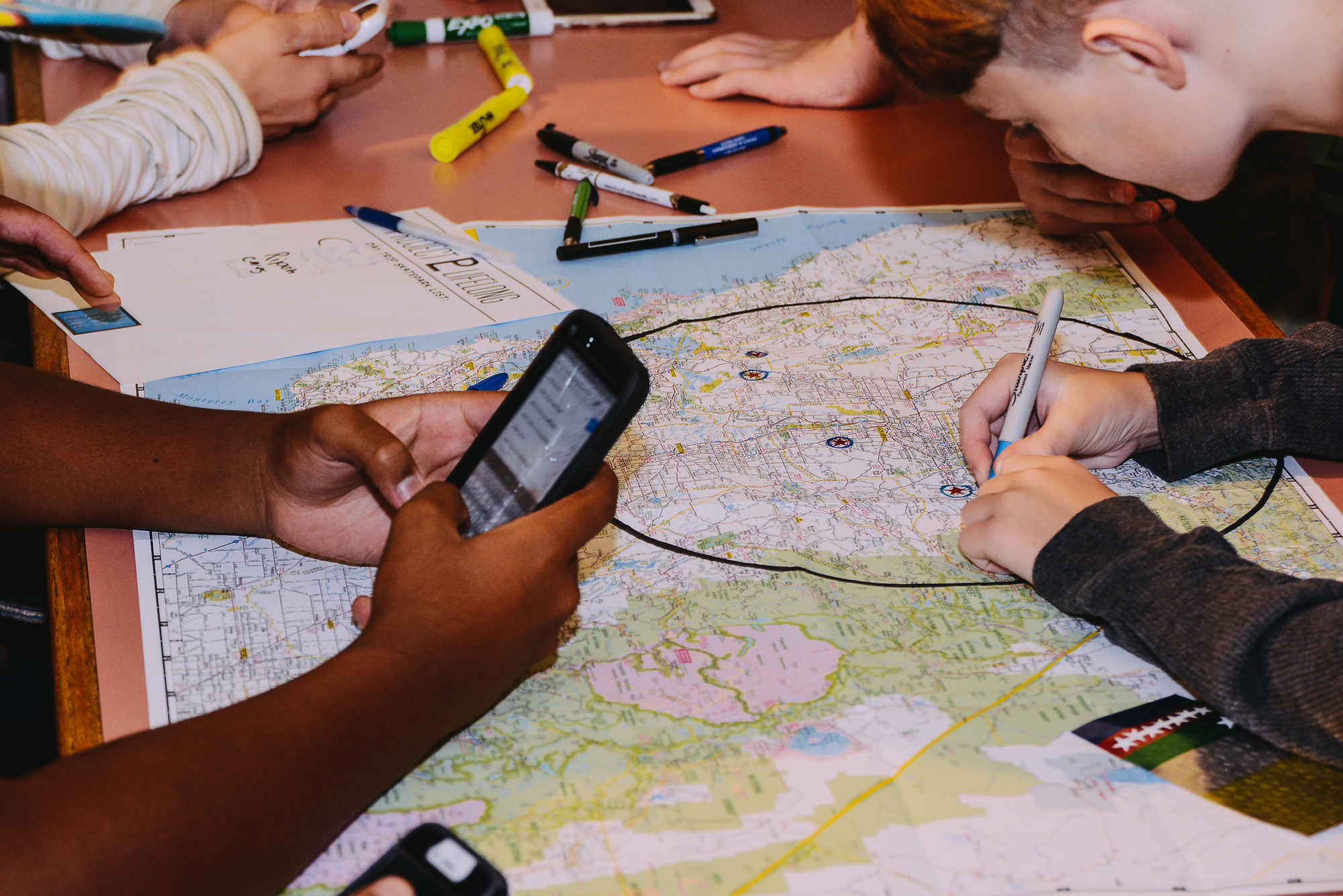 The shipping container skatepark idea is brilliant and turn-key for volunteers who can set them up anywhere with ramps inside, turn on some lights and make a space for kids to congregate. When the skate night is over, they can put them away and lock them up. Project Lifelong is about to order its third shipping container.

The program engages teen volunteers to mentor younger kids, and has evolved from summer programming to supporting the kids year-round as they get older. The high school program gives kids a higher level of ownership of the program.

“We’ve always empowered the kids that participate by telling them that the program belongs to them,” LaTour explains. “They get to choose what skatepark trips they go on and where to go on camping trips or surfing trips. That ownership piece has been huge in getting them to connect to their passion. They get to connect to something and identify with something that is theirs. They’re in charge of the afterschool program. They show up, get the kids all geared up, and do a lot of one-on-one mentoring with kids from [ages] 5–12 and teach them how to skate. They learn to give back to their community.” 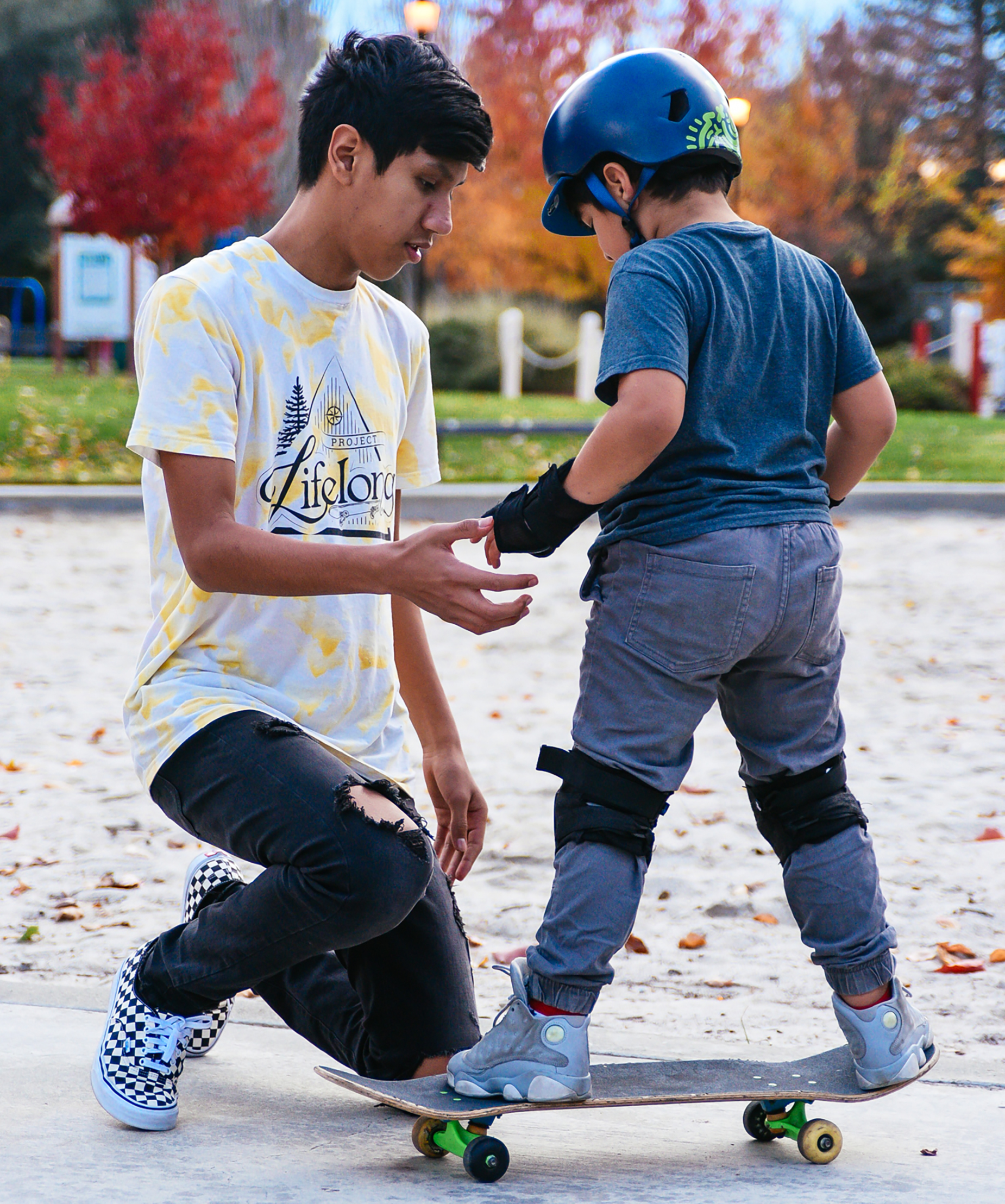 LaTour will pull out a paper map and draw a 90-mile radius around Sacramento.
The kids get to decide which skateparks, camping trips and surfing trips they’re going to go on. And they do the research for their excursions. The biggest hit are the surfing trips. “The kids are humbled by the ocean,” LaTour shares.

It’s not free to join, but pretty damn close. LaTour wants Project Lifelong to be affordable for any family. You can get skate nights, surfing and camping trips for the entire year for $5 if you qualify for the free or reduced-lunch program in the school district.

“If you offer a free program, it sometimes equals a parent won’t show up,” says LaTour. “There’s something about the psychology of paying into something that makes people feel invested.” 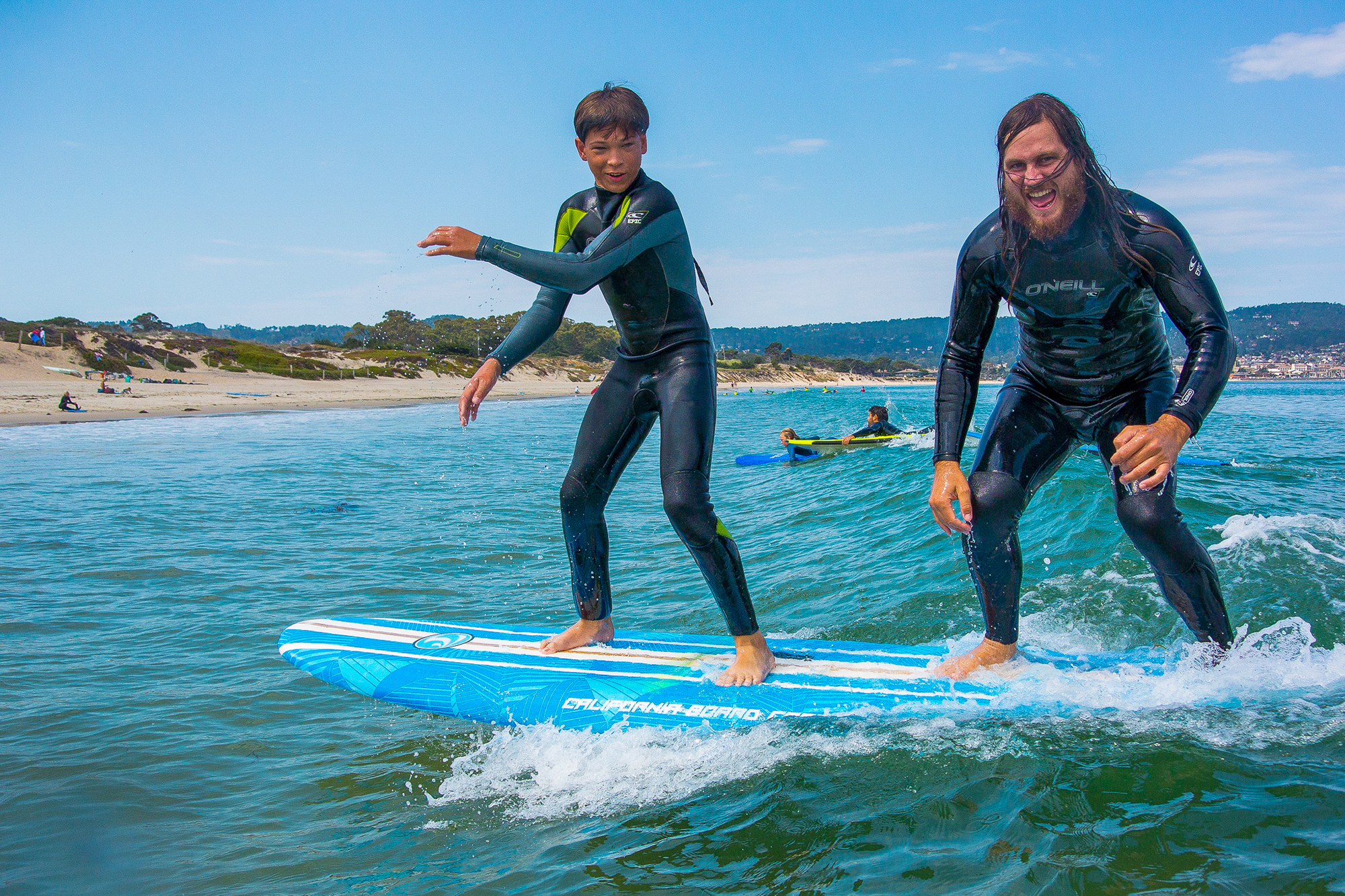 Relying on donor contributions and grants is how the program has not only perpetuated, but grown. To become a donor, go to Projectlifelong.org/donate. Annually, donors contribute about $17,000 toward perpetuating the program. And help from friends supports the program, too. PLA Skate Shop, Boulevard Skate Shop, Mission Oaks Recreation Park District, Porchlight Brewing, SACSCIP (their biggest contributor that allows them to exist), Sacramento County Coalition

for Youth and local rotary clubs are just some of the organizations that support Project Lifelong’s endeavors.

The Sheckler Foundation will be personally delivering Project Lifelong’s grant as part of a tour, and Ryan Sheckler and other pro skateboarders will host a check presentation ceremony. Follow @projectlifelong on Instagram to stay abreast of when the event will take place. You can also visit Projectlifelong.org to see the video that they submitted to earn the Sheckler Foundation grant. 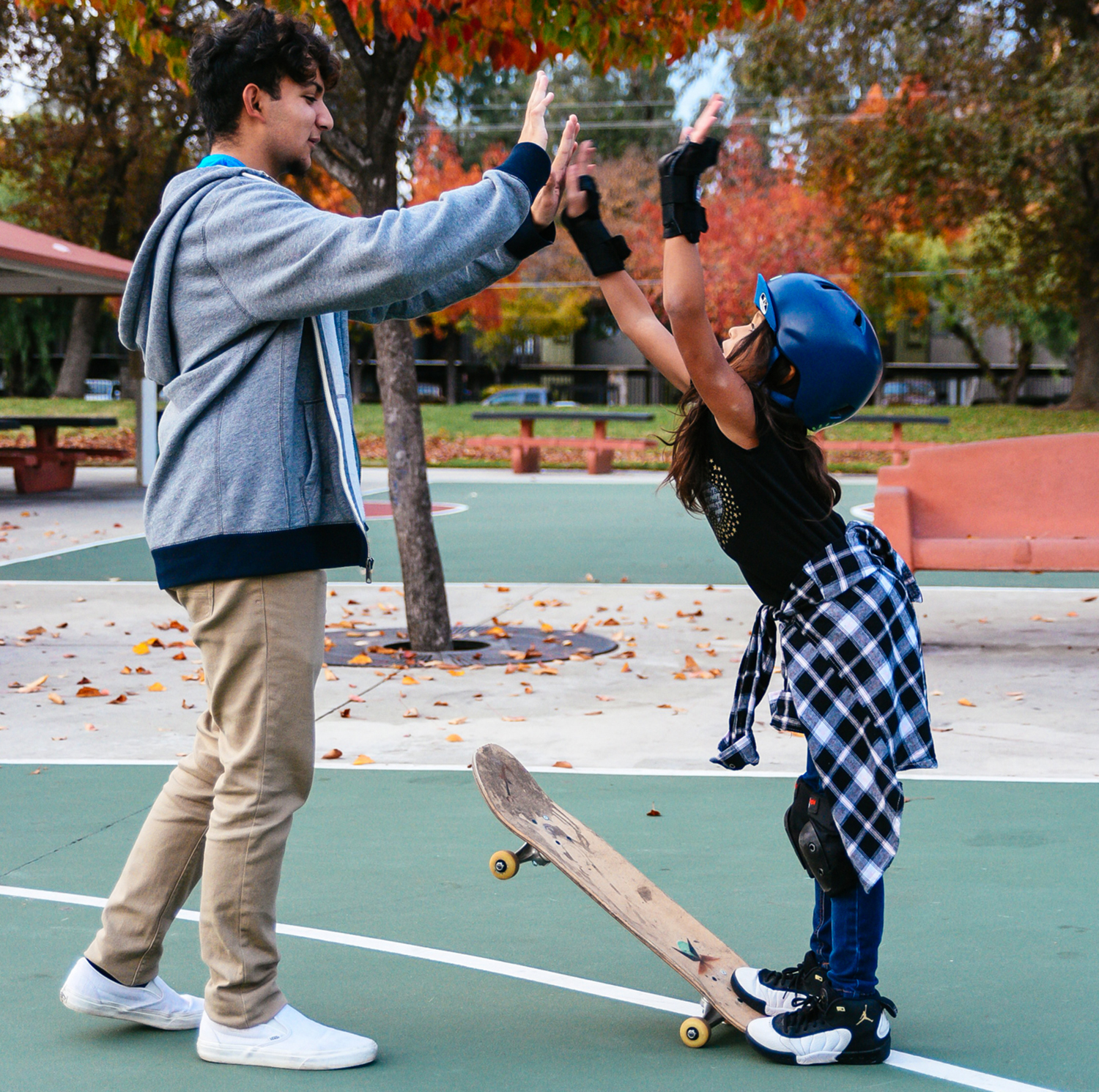 This program matters because of how it impacts children’s lives, as they may be coping with really difficult circumstances.

“One of my favorite stories is a young man who is from the west end of Arden-Arcade and has more going on in his life than I’ve ever had to deal with,” LaTour says. “We’ve had him since sixth or seventh grade and he got hooked on skateboarding. And he got hooked on getting to help run a skateboarding program that he identified with. He got caught shoplifting and it was a huge turning point. To be able to catch kids when they’re falling—that’s what Project Lifelong’s all about. Creating a support system for them. This kid will ride his bike probably 30 minutes or so to be able to come volunteer and teach other kids. This kid, going through so much, was able to put Project Lifelong down on his resume and get a job, ironically really close to where he had gotten caught shoplifting. Getting to witness a kid turn his life around is an incredible experience.”

Every once in a while, LaTour has the participants write up what the program means to them. One child wrote, “Project Lifelong gives me purpose.”
“Every kid needs to be celebrated,” says LaTour. “If a kid is celebrated and told that they can do anything, they’re going to.”

Once again, for more info on Project Lifelong, and to learn how you can donate or get involved, go to Projectlifelong.org.