The Truth Is … Local rapper 2Ugli speaks his mind, for better or worse 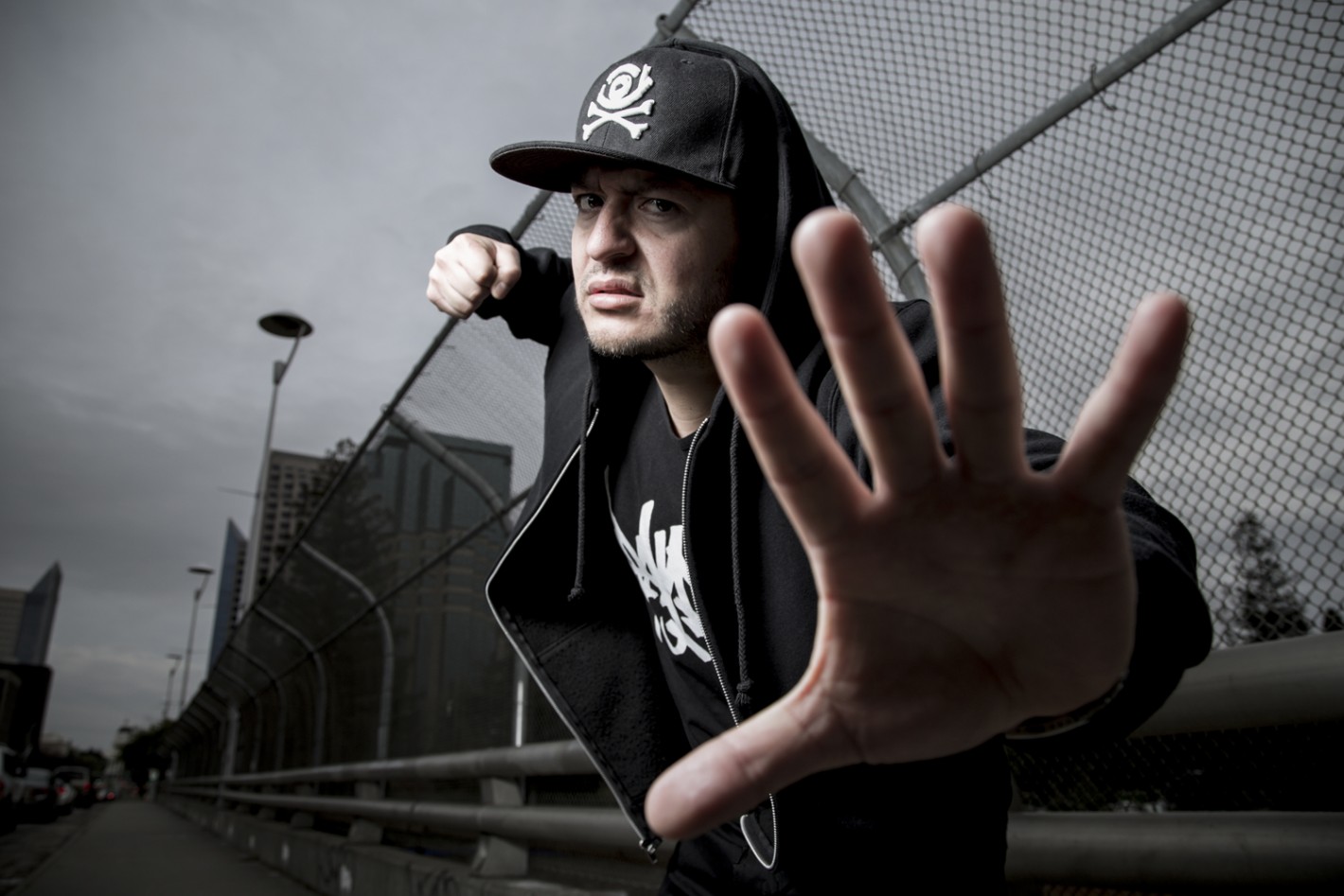 Let’s say you are in a room full of rappers.

Maybe you are being punished for asking stupid questions all the time.

So you’re in this room full of rappers and you tell everyone to quiet down for a second, that you have an announcement. And then you say in your loudest Gilbert Gottfried voice, “I love the rapper 2Ugli. He’s the best!”

What comes next might be dead silence. Or maybe an angry buzz. Or perhaps someone might even punch you in the face. Yup. It’s that real.

2Ugli is a polarizing figure. He’s put out several albums (including the immaculately produced Poor Quality I, II, and III) on Johnny 23 records (a label from which he recently cut ties), recorded the razor-sharp “The Code,” featuring Raekwon, hooked up with the crew The Society of the Invisibles and since then, become synonymous with raw boom-bap music in the spirit of Jedi Mind Tricks and Necro. There’s no doubt that he’s a talented MC, and in his discography—that spans seven solid albums—you’d be hard-pressed to find a subpar piece of production. Not bad for some bummy, loudmouthed kid from San Diego.

So … what’s the problem?

Well, to start, 2Ugli suffers from a rare medical condition: He was born without an off switch. In other words, the dude gets pretty wild with his mouth, and to people like me, it’s fucking hilarious. To others, however, it’s annoying and it hurts their feelings.

When asked if it’s actually his off-putting personality that people are reacting to, like, if he might have social anxiety or a neurodevelopmental disorder—autism, or something—2Ugli responds quickly: “No,” he says. “I have no filter.”

“It is me, but it’s not me. My lady knows this, every girl that I’ve ever been with knows this: If they’re wearing a tight skirt and their fat stomach is hanging out and they say, ‘Hey, do I look fat?’ OK, do you want to know the truth?”

I think we all know that nobody wants to know the truth.

“Then don’t ask me,” he says. “If they’re asking me, they care what I think. So if people ask me, ‘What do you think of this song?’ Ehhh, it’s just not my sound. I’m not feeling it. They turn it into a whole different thing.”

So is all his past drama—the beefs with local rappers, the diss videos, the near fights in parking lots—just a mistake? Is 2Ugli just a misunderstood nice guy?

“I’m at the age where I’m not going to fight anybody anymore,” he says. “But if you push me far enough I’m going to punch you in the face.”

So, the answer is no. 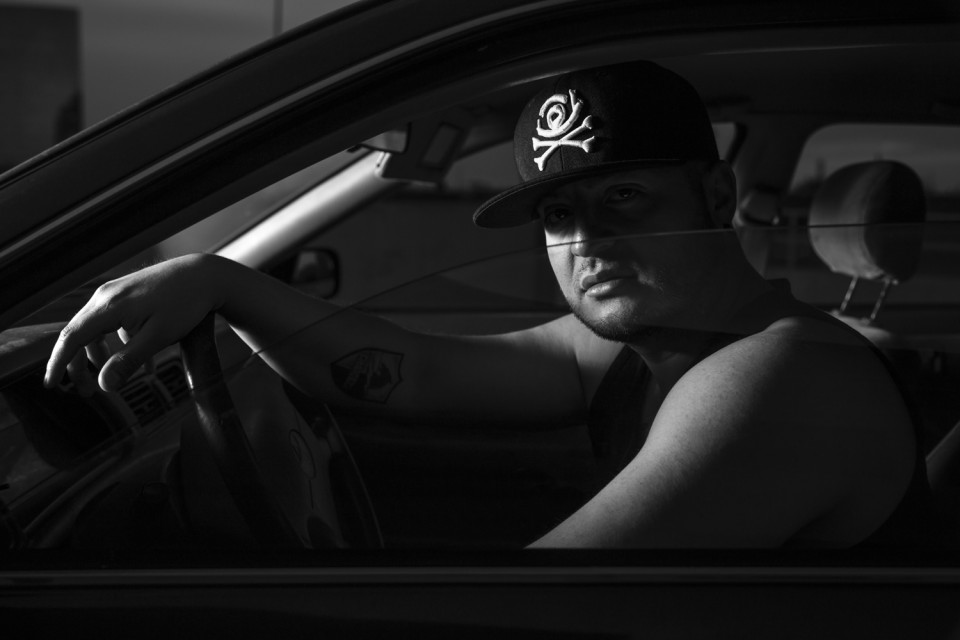 The spirit of hip-hop?

One problem that 2Ugli highlights is Sacramento’s tendency to shun legitimate critique. In our small community, criticism is often mistaken for “hate,” which, in terms of art, can keep progress at bay. “For example, I’m in the studio with Josh [Eck, from The Study] and he goes, ‘Uh, not my sound, but it’s cool.’ I don’t get offended by it. Not everyone’s going to like my shit. I want someone to be honest with me.”

2Ugli explains that it’s almost as if hip-hop has lost some of its competitive edge. The art of battle, a principle upon which the original hip-hop was founded, seems to have taken a back seat to pay-to-play shows, crispy music videos and clean production.

“Nobody has a competitive spirit anymore,” he says.

But there’s a fine line between competition and beef, and it seems that 2Ugli skirts that line on many occasions. Take, for example, the song “Fuck TPR,” which was featured on one of my personal favorite 2Ugli albums, Poor Quality. The track begins with a pared down beat backed by melancholy string arrangement. 2Ugli raps, “The People’s Revolution is more like taking peoples’ revenue/What else is new? Another rapper spits without a clue.” And it continues in that manner, taking aim at Old Ghost, the group’s founder.

But that beef was a long time ago. It’s a different era now. Things have changed. Crews have disbanded, MCs have hung up their microphones and everyone’s old as shit now. Even his longtime rivalry with Sacramento MC Mahtie Bush has simmered down. And while he occasionally trades words with other rappers (most recently with Sacramento’s Abstract Ninjaa), 2Ugli isn’t really dwelling on old shit.

“That was 10 years ago,” he says, washing his hands of the past.

Now he’s excited to drop his latest album, Leaving My Mark from a Stained Past, which he says will be his final collection of music. “It’s finishing my story, talking a lot of shit, being a goofy lyricist,” he says. “People portray me as this wannabe hardass, a devil [worshipper]. They’re always like, ‘You’re funny. Why do you rap that way?’ I don’t know. I just write lyrics. This time I’m kind of portraying my personality and my image: a goofy, retarded fuck.”

The beginning is also the end

Here’s one of my favorite hip-hop origin stories:

There was once a little boy whose mom was arrested. When the cops took her away, the little boy was left homeless to wander the streets with nothing but a head full of anger, a pad of paper and a pen.

Every day, just to keep from going insane, the little boy would scribble out his thoughts on his pad of paper.

Eventually, those thoughts turned into poems. Soon enough, the torrential brutality of life had pounded the angry little boy into something of a street poet.

One day, in high school, the boy was standing there, listening to his friend freestyle rapping and he decided to join in. He began rapping some of the poems he’d written as a kid. His friend was impressed. In fact, he was so moved by his friend’s poems that he encouraged the boy to perform his poetry. He did. The boy rapped and he couldn’t stop, his poems taking the pain away, his raps giving him some sort of higher purpose that lifted him from his murky past into a glowing, uncertain future.

“And that’s how I was born,” says the little boy, now a man—Carlos Araujo—known to the world as the uncivilized, boorish and downright rude, 2Ugli.

2Ugli will perform live at America Hustle (913 K Street, Sacramento) with Cawzlos and Ill Root on April 9, 2016 at 7 p.m. This is a free show, so no excuses. For more on 2Ugli, go to Facebook.com/2ugli 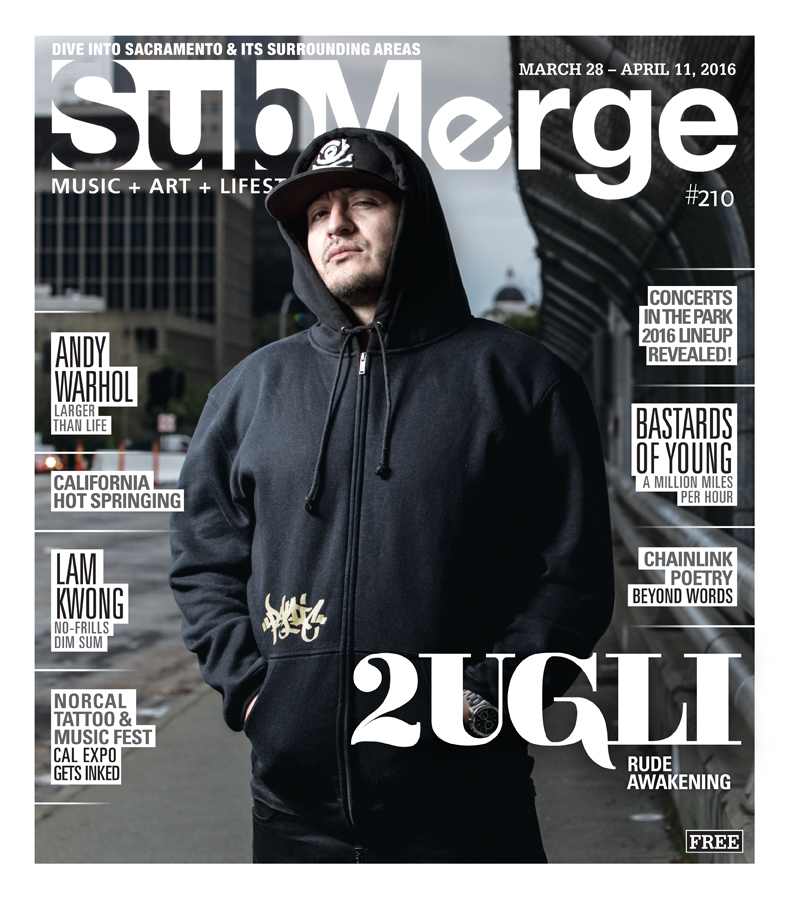