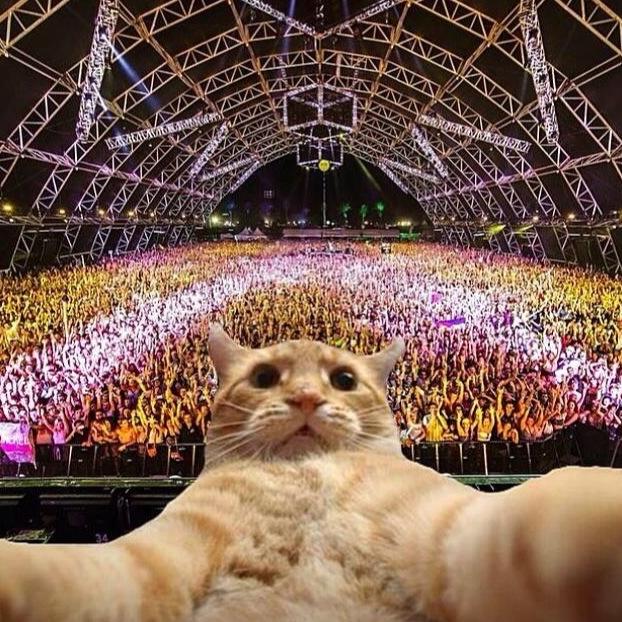 If you’re anything like us, after all that rain in and around Northern California, you’re probably ready for some awesome outdoor concert vibes right about now. The good news is that in the greater Sacramento area, we don’t have to wait until summer to get our fix. Even early in the year there are great options for springtime music festivals! We’ve gathered some details on a few events that we think you should know about, because as Submerge readers, we know you’re all about surrounding yourself with as much music and art as possible, right? Great, now let’s go have some fun.

Eighteen of the area’s youngest bands will converge at Sacramento Rehearsal Studios on Saturday, April 8 for the second ever UnderRage Music Fest. Expect everything from punk to metal to reggae and more from groups like Tens Upon Thousands, URD-OM, Heat of Damage, Exiled From Grace, Sad Vegan, Short Trip, Sunder, Side Effect and others. There will also be an art show where local students have created works on recycled drum heads, a MusicBiz Experience for local youths, vendors and food from the delicious and popular local food truck, Culinerdy Cruzer. Did we mention this event is free? I don’t think we did yet, so here we go again: UnderRage Music Fest is FREE! Music starts at noon, so come on out and hang with the future of Sac’s music scene. SRS is located at 5749 88th St., Sacramento. For more info on the nonprofit behind this important event, and to see the entire lineup, visit Dmkcreativeyouth.org or Facebook.com/underragemf. Word on the street is there’s an after-party starting at 8 p.m. at The Silver Orange (922 57th St., Sacramento) with an open jam session, pool tables, air hockey, board games, a snack bar and more. Learn all about this really cool new spot geared toward local teens at Thesilverorange.com.

If you’re looking for a less blissed-out, much heavier 420 weekend, head to South Lake Tahoe’s Hard Rock Hotel and Casino for Spring Meltdown featuring 50-plus metal and rock bands on three stages over three days, from April 20–22. Groups like Origin, Ghoul, Skinlab, Wastewalker, Alter Beast, All Hail The Yeti, Arkaik, The Kennedy Veil, WRVTH and So This Is Suffering will join awesome tribute bands, live art from Tony Koehl, karaoke, an air guitar contest, epic after-parties and much more. A three-day pass will run you $65 and single-day passes range from $15–$30, with all shows being 21-plus. Visit Hardrockcasinolaketahoe.com and click on “Entertainment” to find tickets and more info.

The third annual First Festival, presented this year by 98 Rock, is shaping up to be the best one yet. Going down May 6–7 at River Walk Park in West Sacramento, First Fest aims to showcase the region’s thriving music, art and comedy scenes, along with plenty of food options, vendors, a VIP Lounge, silent disco, the whole nine. Get heavy with the likes of Oleander, Some Fear None, the Moans and Surviving the Era. Chill out with Arden Park Roots, Be Brave Bold Robot, National Lines, Jayson Angove, Xochitl and I Am Strikes. Get those hands in the air with Hobo Johnson and the Lovemakers, DLRN, Kennedy Wrose and Sparks Across Darkness. Dance your face off with My Cousin Vinny, SpaceWalker and Caliscope, plus so many others that we don’t have the space to mention here. There will be over 30 bands total across three stages, along with stand-up comics like Jason Anderson, John Ross, Robert Berry, Edgar Granados and others thrown into the mix, for good measure. The event will run from 11:30 a.m. to 10 p.m. both days and tickets are just $35 for a weekend pass, or $20 for a single day. Check out the schedule, map and more at Firstfestivalsacramento.com.

Bit Crusher Presents has been killing it up in the foothills lately, bringing rad shows to the Placerville area at spots like Cozmic Cafe and PJ’s Roadhouse. Now they’re entering music festival territory with a killer lineup for Family Vacation, going down May 19–21 at Nugget Campground in Placerville. The festival features mostly regional rock bands with headliners Strawberry Girls from Salinas (who are really blowing up lately; we saw ‘em on Last Call with Carson Daly not long ago!). Also confirmed are Kurt Travis, ZuhG, Find Yourself, Sunsound, A Foreign Affair, Pinnacles, Rubbidy Bubbidy, Worthy Goat and tons of others. Expect vendors, a taco truck, dips in the river, live painting, beer (it’s BYOB, just FYI), camping and more. Single-day passes will be $20, weekend pass will be $50. Check out all the details about Family Vacation at Facebook.com/bitcrusherpresents.

**This write-up first appeared in issue #235 (Mar. 13 – 27, 2017) with five festivals included, not four. Unfortunately the Fyah on the Water festival has since been cancelled.**