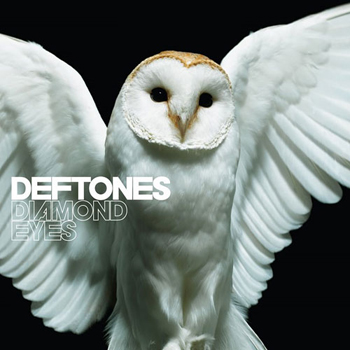 Deftones fans are awesome. Each have their own strong opinions of which album is the best; swearing by some and oftentimes discrediting others. A vast majority like to save face by announcing that they only like the “old Deftones,” and then they’ll reference one of two songs they know off Adrenaline; “Bored” or maybe “7 Words.” That’s fine, I won’t hate on you. Love your old Deftones–I love it too. Others are more new school, and I hear a lot of, “It’s all about White Pony, man.” Again, I agree with you. I couldn’t live without songs like “Korea” or “Feiticeira.” The point that I’m trying to make here is that I can’t argue with you about your favorite record, because I love them all. Although, truth be told, the last three have taken me time to get to know–but ultimately I ended up dedicating hundreds of hours listening to them. So the million dollar question is, how does the new record, Diamond Eyes, measure up to the rest?

I regret to remind you that ex-bassist Chi Cheng is still in a coma after a car accident in November 2008, and the band decided to move forward without him. I’m sure this was an enormously tough decision, but a decision they all felt was the best for them as a band. In the end, Sergio Vega, a friend of theirs, stepped in and filled the role of bass player. This is extremely relevant to how Diamond Eyes turned out. An entirely different album titled Eros was in the works and would have been the band’s first record back with longtime friend and producer Terry Date. After Cheng’s accident, Eros was shelved and they began working on Diamond Eyes, which was written and recorded in the wake of all the emotion they were feeling at that time. What we get is a really fucking heavy record.

This album is already being compared to their second release, Around the Fur, due to the hardness of the record and the small amount of time that it took to write and record. 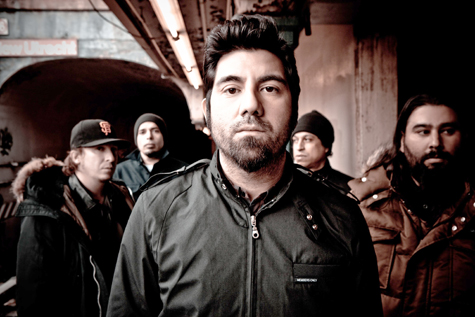 I’m going to go ahead and disagree with that. Diamond Eyes is more like a culmination of all the styles that the band has touched upon throughout the years. Take, for example, a song like “Sextape” where the band revisits that intergalactic, new frontier, blanket-star-gazing romanticism that they crafted so beautifully on Saturday Night Wrist, their previous record. With “Risk,” we hear Abe Cunningham’s drums sounding a lot like “Passenger” from White Pony. Cunningham is very reserved on this record, playing only what’s necessary and not overdoing his drum parts. If anybody shines on Diamond Eyes, it’s keyboardist Frank Delgado. Not to say that he didn’t before, but now he can’t be ignored and his talents as a true sound excavator are displayed so tastefully and importantly this time around. Especially on songs such as “CMND/CNTRL” where his croak-y synth-tones come slithering into the foreground as the song breathes to let him in. Deftones have always excelled at this subtlety; the art of opening the song up for a particular instrument to peek its head through.

After the first three songs, I was asking myself how I felt about the record so far. Before I could over-analyze, on came “You’ve Seen the Butcher.” This angry, impatient headbanger is the crux of the album and harks back to the days of Adrenaline with guitarist Stephen Carpenter’s “Bored”-like intro. The chorus almost has a classic rock feel to it with a very Zeppelin-esque melody that climbs and drops off. Moreno sings, “Don’t want to take it slow/I want to take you home.” At first it sounds typical of Moreno’s lyrics; sleazy but somehow romantic. But I read deeper. This could easily be speaking to Cheng’s progress in the hospital; slow. With other song titles like “Prince” and “This Place is Death,” it’s easy to imagine Cheng being the inspiration for a lot of the album.

One of my favorites on Diamond Eyes is actually one of the singles, “Rocket Skates.” The band rips on this song as Moreno belts one of his classic repeating choruses–“Guns/knives/razors.” I love it. My only complaint is that some of the songs sound a little too pieced together. Maybe this had to do with how quickly they put the record together, but I would have waited a while longer for them to spend some more time working on the verses. But all said and done, I foresee Diamond Eyes making its way into my top favorite records. And for the record, it’s all about Saturday Night Wrist.