The Price of Progress 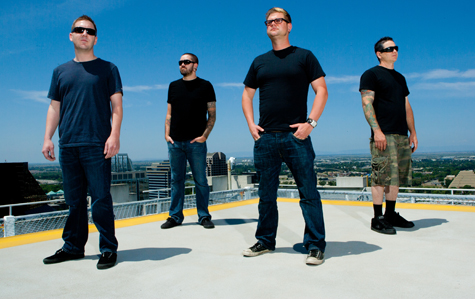 Dead bodies, delivering babies, opening for punk rock legends G.B.H.–the guys of A Single Second have not only racked up the street cred, they seem to have seen and done it all during their nine-year career as one of Sacramento’s longtime post-punk bands. Call them music junkies or workaholics, they’ll accept either label, but these four musicians have surely logged the man-hours to earn either pseudo-title. Their musical resume boasts over 1,000 shows to date, including the Maloof Money Cup in Orange County two years running, our own California State Fair just recently, and not to mention a few dozen local shows sprinkled throughout their already busy schedule.

Despite witnessing their fair share of lineup changes, the guys of A Single Second–Shawn Peter (vocals, guitar, trumpet), Aaron Holt (lead guitar, vocals), Jason “Mogley” Tilsey (bass) and Dave Girard (drums, vocals)–are as eager as ever to tour California and travel the Northwest to promote their newest album since the release of 2005’ a Smiling Politely. After many bouts with computer and hard drive issues, ultimately delaying their second self-titled full-length album’s release, they’re itching to take the show on the road.

Why has it taken A Single Second so long to release another album?
Jason Tilsey: It was supposed to be out two years ago, but we’ve lost it a bunch of times. Computer problems, hard drive problems, but we’ve finally got it together. I think it was more of a blessing that those computer problems happened because the songs sound a whole lot better now than they did two years ago. They’ve been ironed out and just keep evolving to the point where we’re comfortable where they’re at now.

Tell me about collaborating with Lydia Gavin from Aroarah on this album.
Shawn Peter: We’ve been friends with Aroarah for a long time. I’ve watched them since high school evolve into not only beautiful people, but excellent musicians. I like to collaborate with as many people as possible. Lydia was just ecstatic just to do it; she was really stoked. The song “Wednesday” is a new song we have. We haven’t even played it live yet, and she just made the difference in bringing that song together vocally.

What song(s) do you feel most connected to?
SP: “The Guide.” I’m a Downtown Guide and I see everything. I’m a bumblebee on K Street. I’ve been doing this job for 11 years. I’ve been beat up, I’ve helped people, I’ve almost delivered a baby once. Dead bodies. I write about love, like in the song “You” is about finding the perfect mate and being afraid of losing it. “Dark Room,” that song’s about getting caught doing stupid shit and people calling you out on it, and you’re either going to lie or tell the truth.

How’s the band’s chemistry now?
SP: Playing with Dave, Mogley and Aaron over the last three years, it’s been the best the band has ever been. Not to say I didn’t like the moments before, but, we’re not afraid to try anything. We write for ourselves and we write music for ourselves. And, hopefully, our audience is going to like our material. It’s really nice to write something new and try it out and see how the audience is going to react to it.

Do you feel you challenge each other?
SP: Most definitely. Aaron writes the most intricate guitar stuff where I’m like, “Whoa.” My classic phrase is, when I write a song, Aaron smartens up my songs, and when Aaron writes a song, I kind of dumb him down a bit [laughs]. I’m not going to toot his own horn, but he’s probably the best guitarist I’ve ever played with.
Aaron Holt: We’re not scared to shit on everyone else’s ideas, too. Let it be known. It might be me, a lot. I got the big mouth.

What inspires you as a songwriter?
SP: Life. I write about my personal experiences. Personally, I went through some real tiring times in the last two years and if it wasn’t for my band mates, I don’t know where I would be, honestly. I had a lot of dark moments going on in my life and music helped me pull through and the lyrics revolve around those experiences. I’m just trying to take a positive step toward everything.

Tell me about opening for G.B.H.
SP: I’m an old school punk rock fan, and it was an old school punk rock show. You had your classic, mohawk-leather-jacket-with-the-patches kids in there. Classic punk rockers. We actually had two guys literally sitting on the stage while we were playing facing the audience and they were expecting hardcore punk that night, but we got a really good reception where they clapped after our songs, kind of like, “You guys are rad, not really what we wanted to hear tonight, but you guys don’t suck. Right on.”

What does the Sacramento music scene need?
AH: More people need to go out to shows. I think in the last year or two it seems better. There are more venues opening up. We’re sitting across the street from Luigi’s right now, and there are people out on a Tuesday night. I don’t think [the scene is] as good as the days of the Cattle Club, but it’s better than it has been. There’s a lot more people that are going out, but more people could always come out for sure.

When will the band call it quits?
AH: We’ll call A Single Second quits when it’s not fun anymore. Who knows a year from now, two years from now, if someone’s not having fun? A Single Second or not, I guarantee in 20 years, I will still be playing my guitar whether I’m out playing at a club or something. I’ll have my acoustic out, trying to pick up on younger women at the coffee shop [laughs]. I don’t know. I just love to play music. It’s like therapy–well, not therapy, it’s an outlet.

Does a community of musicians exist within Sacramento?
SP: You go to any show and you really know who’s in what band. We all play with each other and collaborate with each other. Half the audience is always going to be other bands and the friends of those bands. I could rattle off for a half hour all the bands I like playing with: Kill the Precedent, First Class Citizen, Bastards of Young, the Secretions…bands who’ve been around since the ‘90s, like Will Haven’s still doing it. There’s a lot of bands and we’re all listening to and supporting each other.

Why do you continue to play music?
SP: We just want to keep doing things that challenge us. We’re not doing it for anyone but ourselves, and if people happen to like it, then that’s awesome. I play music on stage and it allows me not to be an animal in every aspect of my life. That’s my outlet to let it go. My frustration, my excitement, my everything. I give it all when I give a performance. I’m a music junkie. If there’s any drug in my life, it’s music. And I’ll never give it up. 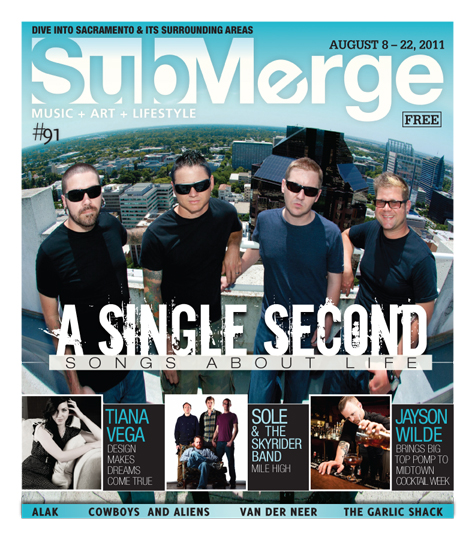 On Friday, Aug. 12, 2011 A Single Second will play the first of two official CD release shows at Concerts in the Park in Cesar Chavez Park. Get a beer garden wristband and get into the guys’ show at the Distillery later that night for free. You’ll have another chance to catch the band Tuesday, Sept. 21, 2011 at 6:30 p.m. at Ace of Spades. Tickets to this all-ages show are $15. D.R.I., Kill the Precedent and Hoods will also perform.