The Next Step • Ab-Soul’s rising popularity leads to greater responsibility, but that doesn’t mean he’s not having the time of his life 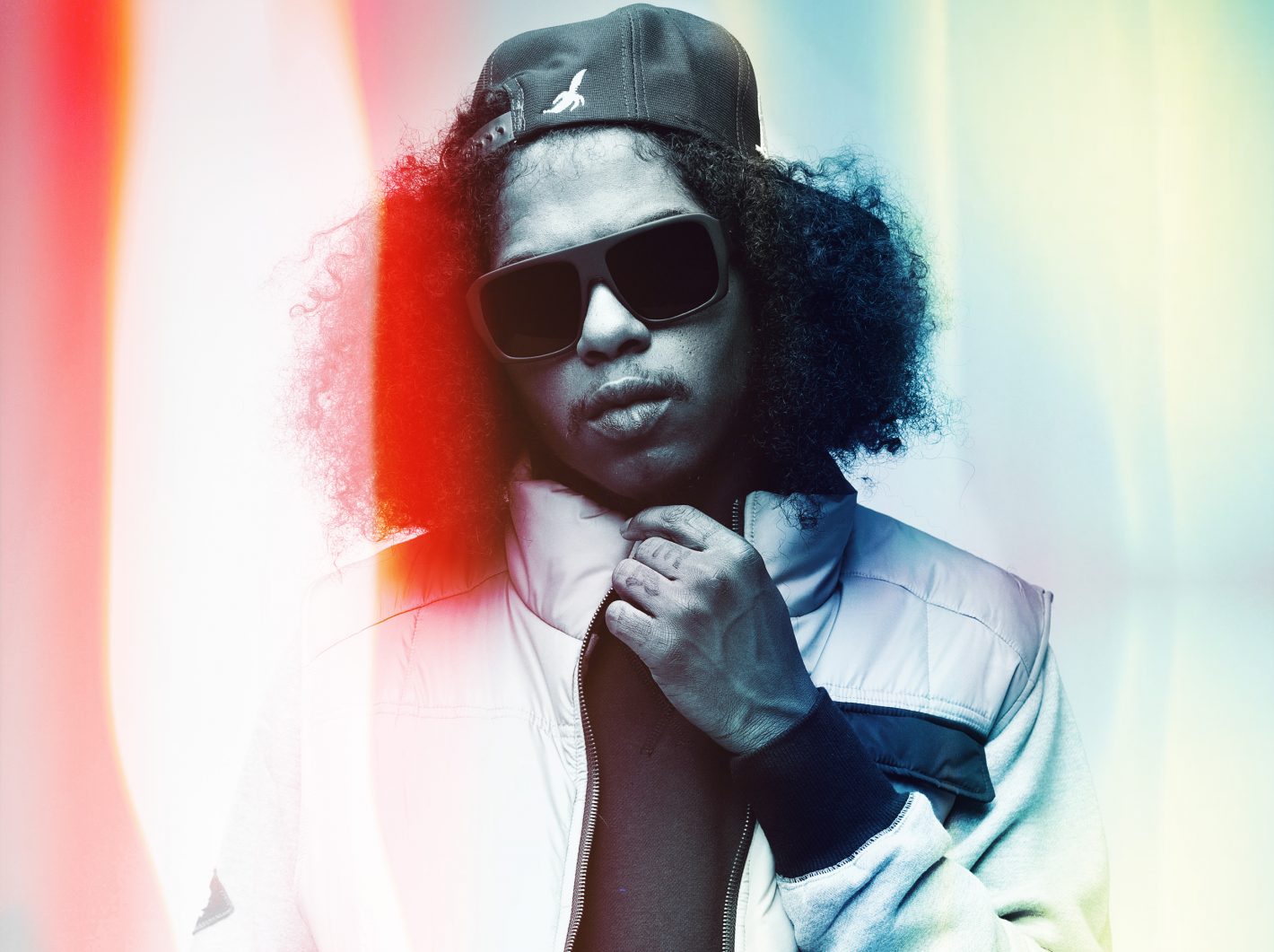 It’s not breaking news at this point, but in the hip-hop world, no one is touching T.D.E. The Los Angeles-based team of Ab-Soul, Kendrick Lamar, Schoolboy Q, Jay Rock and Isaiah Rashad is loaded with talent, and with nine albums combined over the past three years, they have yet to shoot a brick. It’s evident that they are students of the game, with a deep respect for the craft and culture. Favoring quality over quantity, and exercising patience in pursuit of perfection, they have earned the top spot with pure skill, sans gimmicks. The strength of the dynasty though is their unique but complementing personalities, and none is more bold and boundless than Ab-Soul.

From his flowing hair and dark shades, to his wordplay and concepts, it’s clear Soul is a free spirit. With his debut Longterm Mentality (2011), and more widely recognized Control System (2012), Soul established himself as the thinking man’s rapper, a mad scientist of sorts: wise beyond his years, willing to experiment with styles and substances in an effort to explore and expand. From conspiracies and religion, to drugs and love, he tackled it all with a fresh perspective, assuming the role of educating through rap. While folks were quick to label him a “conscious rapper” due to his content, doing so was only hearing one side of a man with exponential potential.

In June 2014, at 27 years young, Soul released These Days, an album he explains is a reflection of the times. No longer the unknown or overlooked MC, he stepped up and knocked out his most diverse album to date. Still sharp, still dropping science and always having fun in the process, These Days shows an MC finding his groove with no intention of slowing down or getting comfortable.

Submerge caught up with Soul on a Sunday morning as he relaxed in his tour bus bunk before he stopped in Sacramento on Oct. 19, 2014.

How do you enjoy tour life? Is it fun, work or a constant battle between the two?
It’s all of that, but this is the dream. This is what we came here for. It’s work in terms of movement, but I’m having a great time.

Talking about how you’re always writing, and how where you’re at is all part of the dream of making it, how have things changed as the stakes get higher and your craft becomes a career?
I won’t say it’s a job, but I would say it’s more of a responsibility. I have a larger audience to cater to now. There are a lot more people that want to ask me questions, like yourself, and I have a responsibility to do so, even though I’m like half passed out in my bunk on a bus right now [laughs].

You strike me as a pretty heady person. Do you ever find yourself becoming a victim to your thoughts, or does writing/recording free you from that?
I don’t like phrases like “you’re thinking too much” or stuff like that. I don’t think you can think too much. Your brain is a very powerful tool. I’m optimistic, though… As much as I may be in my head all of the time, I understand that I don’t have all of the answers. I’m not afraid to ask questions, or reason with anyone. So, even if I am in my head so much, I’m not afraid or ashamed to be incorrect or get to the bottom of something.

I really dig the album, but I know there are groups of people who were expecting a Control System 2. Can you talk about expectations, and people wanting to keep you in a box?
People love this album man! With These Days I was just trying to capture as many sounds of the times as possible. I challenged myself to create a project that everybody could relate to today. Even if you wouldn’t expect me to do a song like “Twact,” I challenged myself to try and cover as many of the sounds as possible. But yeah, I think people feel like a negative response makes people want to respond more than positive responses. These shows have been great, though, so I don’t know who is saying what. I think we’re just reading comments from folks who don’t get out of the house.

On “Ride Slow” you say, “These rhythms are visions of me living colossal. Ahead of my time, in time you’ll find that I’m a fossil.” Can you elaborate more on that?
Yeah, I mean these rhythms are literally visions of me living colossal. All art transcends art, so as a rapper, sometimes I’m a painter, a storyteller. We as rappers, we embellish a lot, make things more colorful than they may actually be by using crazy analogies and metaphors. If I’m ahead of my time, as a figure of speech as an old soul, then I could potentially be a fossil. An old monument that still holds value. Shout out to Mac Miller on the beat…real spooky beat.

Word, yeah I understand you were on a good one when you recorded that song.
Yeah, yeah hell yeah. I had the tabs on my tongue. We did it in like 20 to 30 minutes. I had my verses ready by the time he finished the beat… With that, please be responsible with the psychedelics. They are mind-altering. I’m not trying to persuade anyone to do any of that.

I get the feeling it’s not recreational for you, but more of a spiritual thing.
Definitely. I take a scientist approach with almost everything I do. It’s like an experiment. An experience. A lot of legendary people that we look up to dabbled in these things, so I’m trying find the connection between them and this.

On the cover, you’re pictured bloodied, wearing a crown of thorns, sitting in front of wooden cross. It’s a powerful image, and I’m curious what moved you in that direction to represent the album.
I feel like these days Jesus has become one of the most popular figures. I just feel like religion has been heavily referenced in music, like the gods are back. The God MCs are back, like Rakim and them. I think Jesus represents all of us, and that is another message that I’m trying to get across. Being willing to sacrifice yourself for what you feel is the greater good. Being able to sacrifice yourself to tell the truth, because you feel like it’s important to be honest. I think Jesus represents all of us, personally. If you’re willing to take that sacrifice for your greater good, for your people, then you too can be Christ-like.

And this extends past rap I imagine.
Absolutely… I do have hair of wool and feet of bronze though, so you never know [laughs].

Was there a moment over the past couple years where you felt like it was clear this is your destiny?
It has been a series of events. What has been remarkable to me, since I’m on this…you know everyone wants to attach me to this conscious or spiritual type of wave. What’s ill is that there has been MCs kicking this shit before I even started rapping. Before I knew what rap was! These same concepts that I’m speaking on have been spoken on long before I picked up a pen or really listened to rap music at all. So for me to be here, speaking on these same things without having the knowledge of all of the stuff that has been said before, it’s spiritual. This is supposed to be said. Jay-Z has been J-Hova this whole time, and I don’t think people really notice that. We’ve been God MCs from the beginning. Rakim done made hip-hop a religion. So for me to be here, describing these things in my music, and then going back and hearing these same concepts being spoke on, I feel like it’s all supposed to happen. I’m sure I haven’t said nothing that hasn’t been said twice. No idea is original; there is nothing new under the sun. But for me to be here speaking on these things and gain respect from artists who I respect, I feel like that our purpose is clear. You know, push intelligence in our movement, our religion. 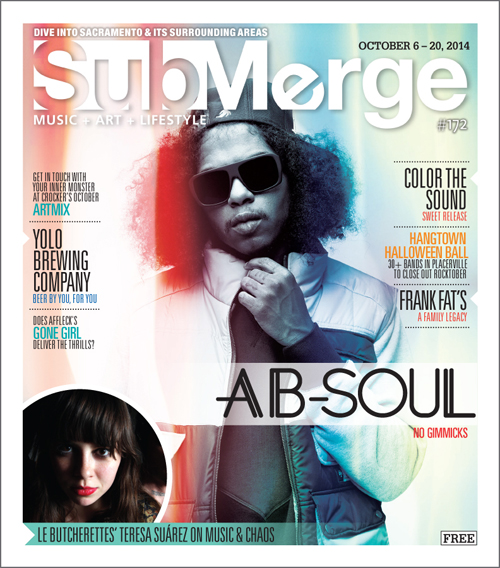