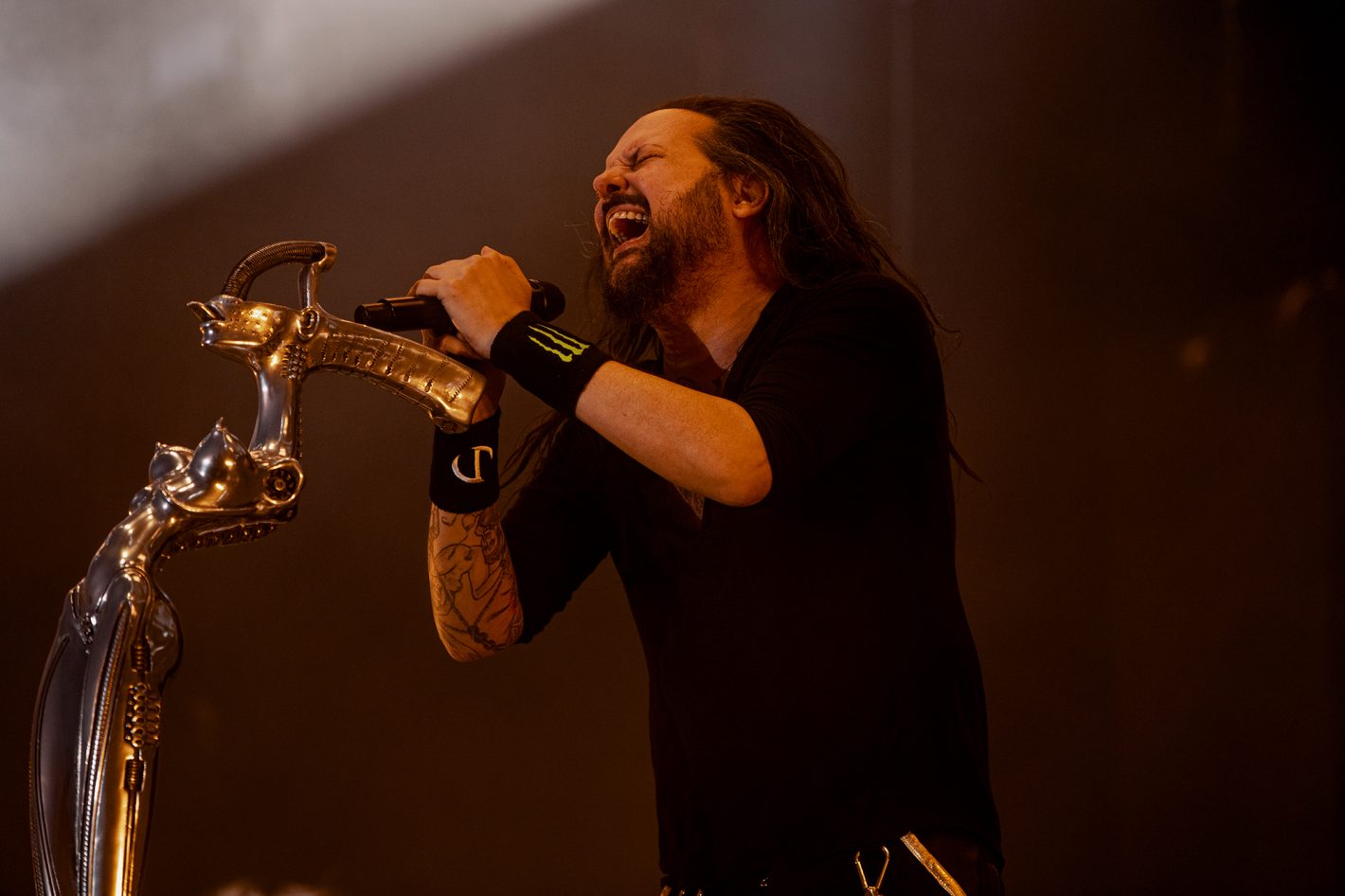 The past, present and future of heavy music all became one at another sold-out weekend of the Aftershock Festival at Discovery Park. As it has in previous years, the three-day festival brought together legacy acts with exciting younger bands ready to ascend to the next level. What was different this time around was that all three headliners, each celebrating 20-plus year anniversaries, all released new albums in the past few months.

“Look around you. This is the heavy metal family, right here in Sacramento. This music brings all of us together as one family,” Slipknot frontman Corey Taylor said on Friday night in his iconic hoarse growl, summing up the feeling of the weekend early. “It doesn’t matter the color of their skin, who they love, where they live; you have a fucking family.”

During their set earlier in the day, Lamb of God frontman Randy Blythe shouted out the ASL interpreters working their asses off to make the weekend accessible for deaf and hard-of-hearing members of the heavy metal family. 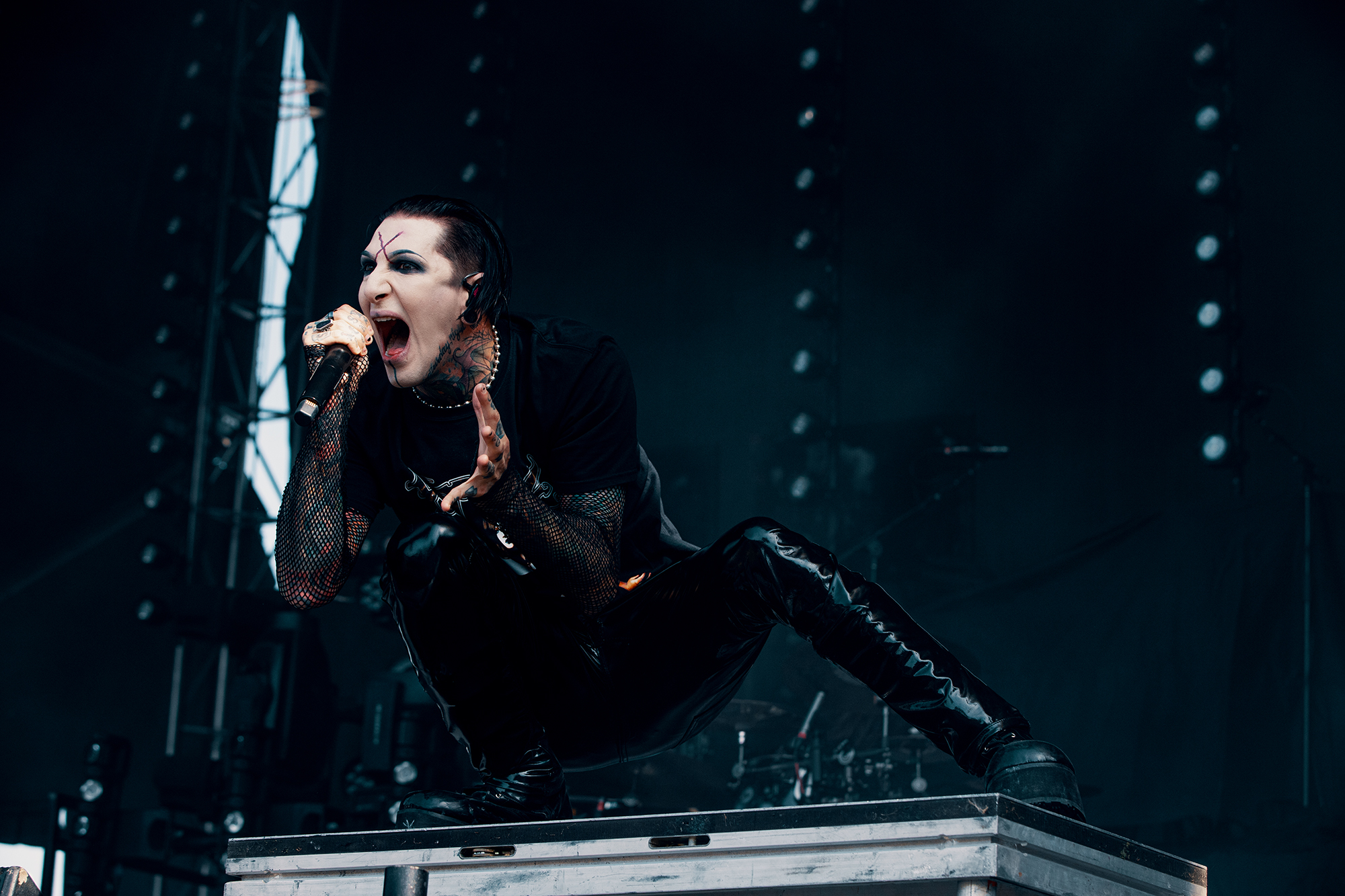 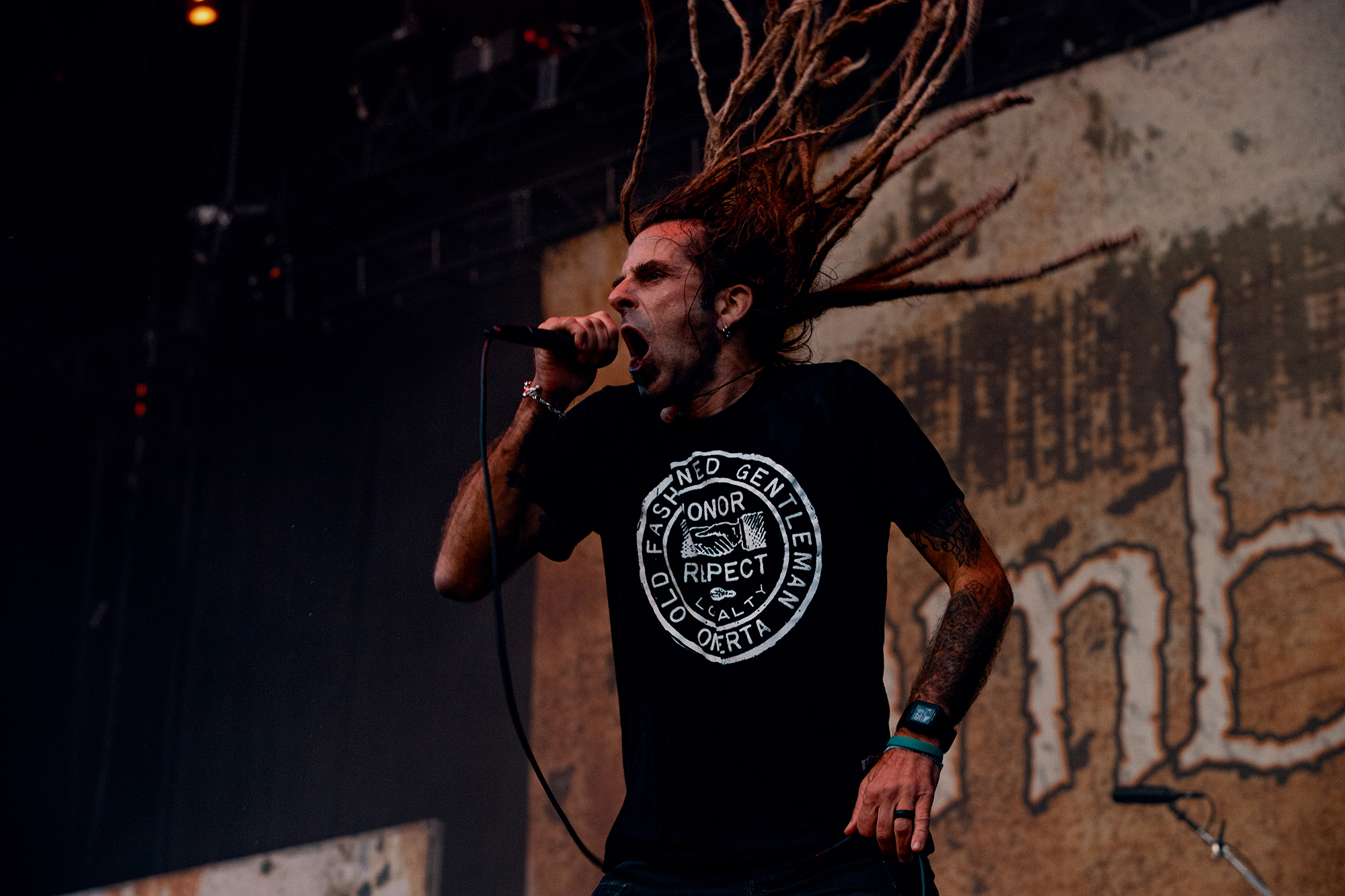 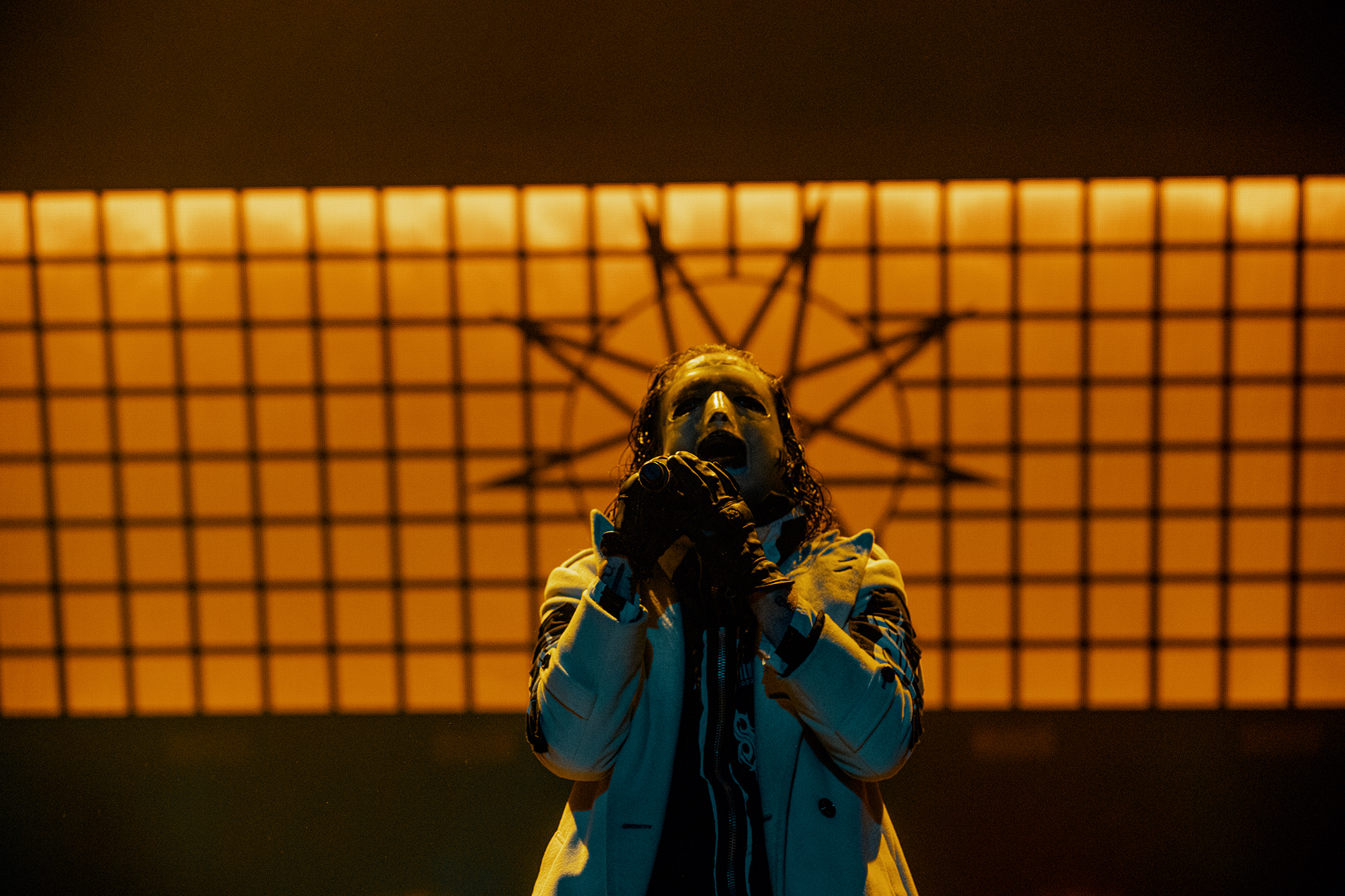 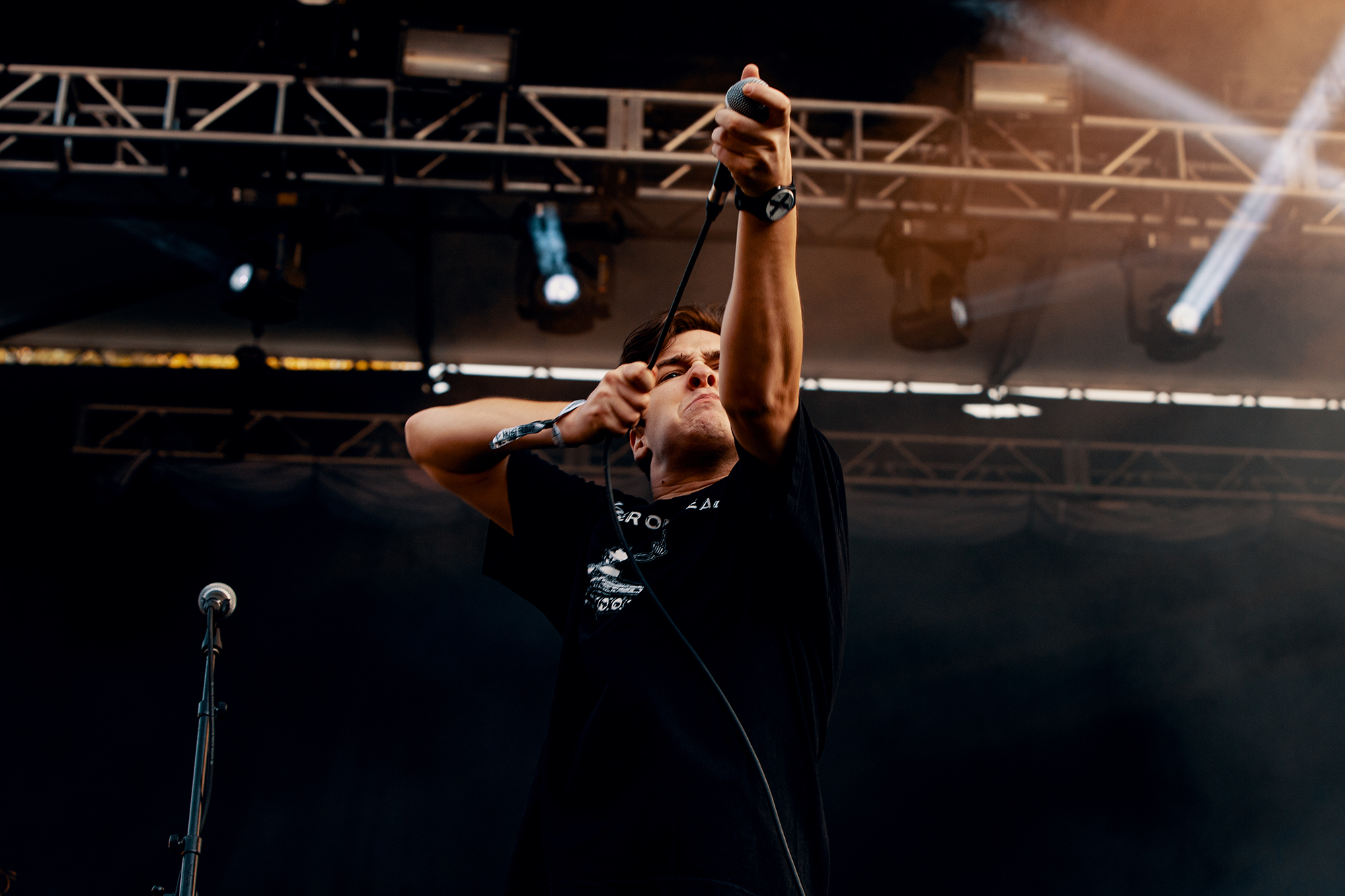 There were many “full-circle” moments throughout the weekend. Knocked Loose, an explosive young metalcore band who’s been turning heads with their latest album, A Different Shade of Blue, turned the Kolas stage into a roiling moshpit early in the day Friday. That evening, Slipknot brought the mainstage down with a theatrical headlining set spanning their decades-long career. Each of these bands have admitted in separate interviews to being inspired by the other, and so in some small way were both responsible for bringing one another to Discovery Park for the weekend.

The Aftershock bill was so jam-packed with bands that some festival goers had to make difficult choices. On the first night, Staind shared a timeslot with Sum 41, forcing many to decide whether to pledge their allegiance to nü-metal or to pop-punk. Luckily, there was never a wrong choice.

On Saturday, fans smart enough to come early caught Ho99o9—a young three-piece mixing punk, industrial and hip-hop—rolling around the stage and crawling out into the crowd. 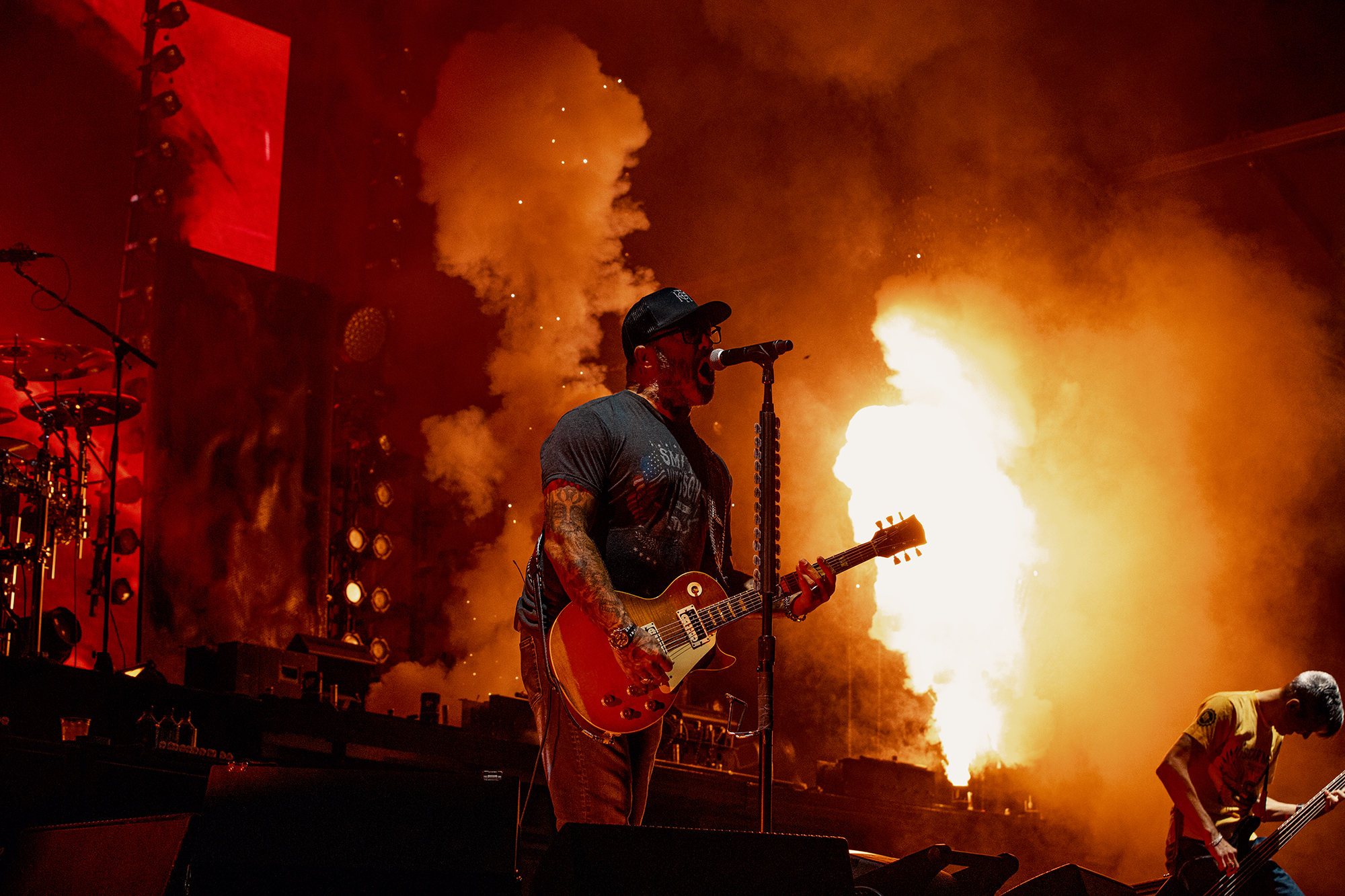 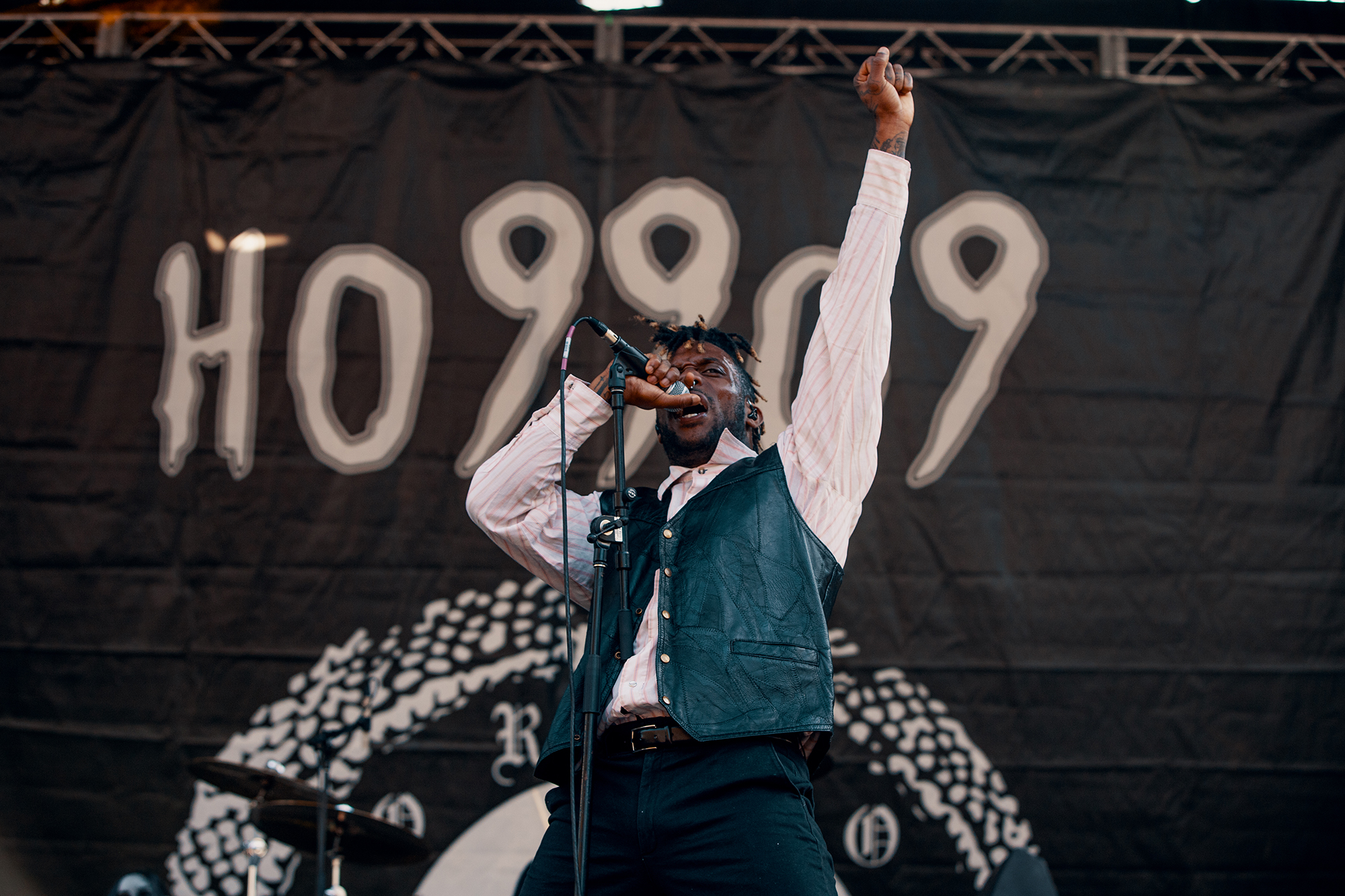 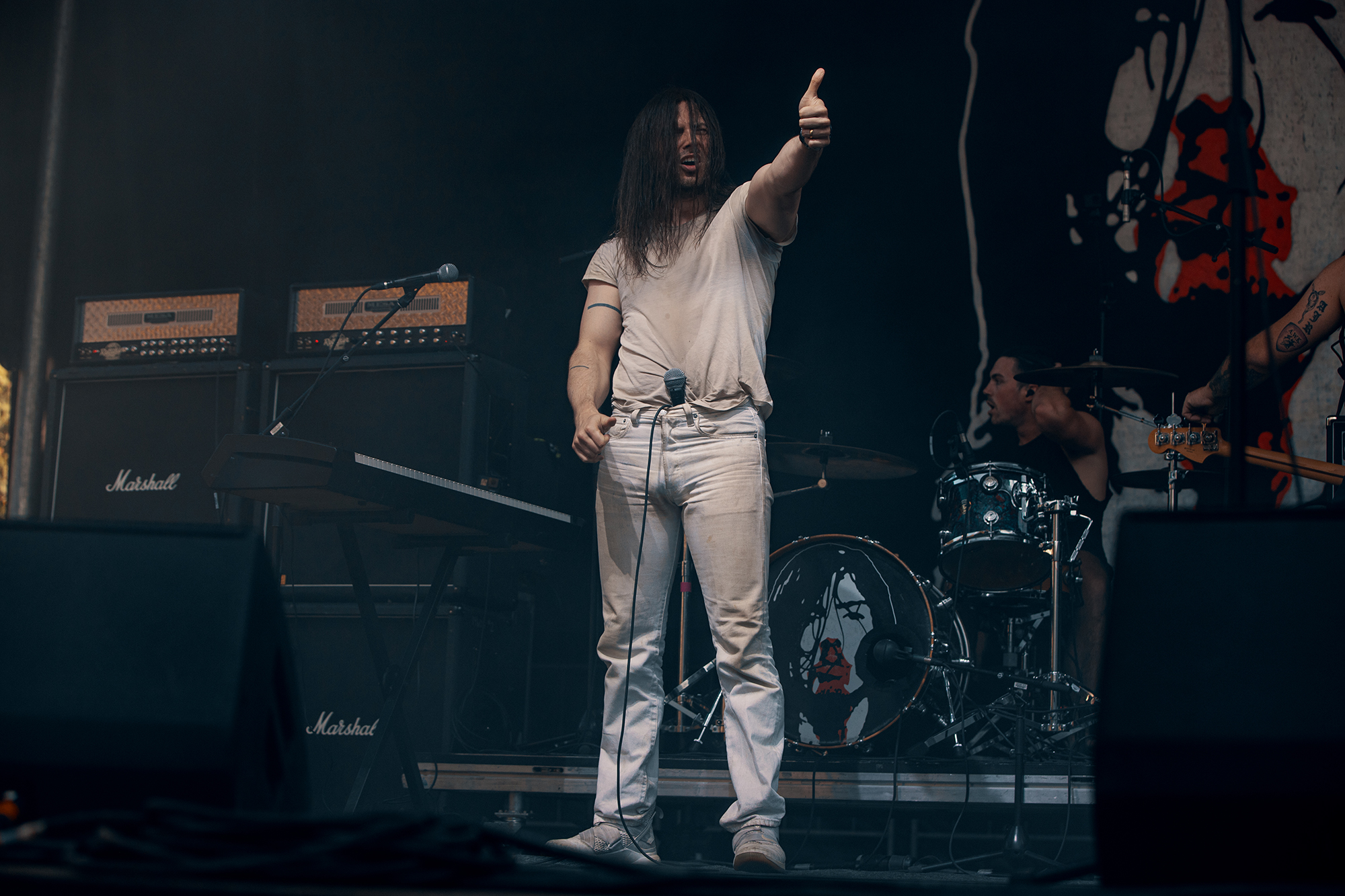 In the afternoon, rock god Andrew W.K. brought his enduring message of positivity and partying.

“Partying is a mindset,” W.K. reminded Sacramento in a voice somewhere between SoCal surfer bro and professional wrestler. “We party; we’re happy to be alive. And we party for those who aren’t.”

Ghostemane played the same stage as Marilyn Manson. It was easy to find Manson’s influence in Ghostemane’s makeup, industrial sound and throaty vocal delivery. Ghostemane takes this influence and combines it with trap, Southern hip-hop and other fresh sounds. On stage, the bass drops were so low you could feel them reverberating in your chest.

Manson, for his part, pulled off a decent show complete with multiple wardrobe and set changes. He was also slurring noticeably and pulled his ass out of his pants multiple times in a way that felt more pathetic than provocative. Fan reaction at the set was understandably mixed. 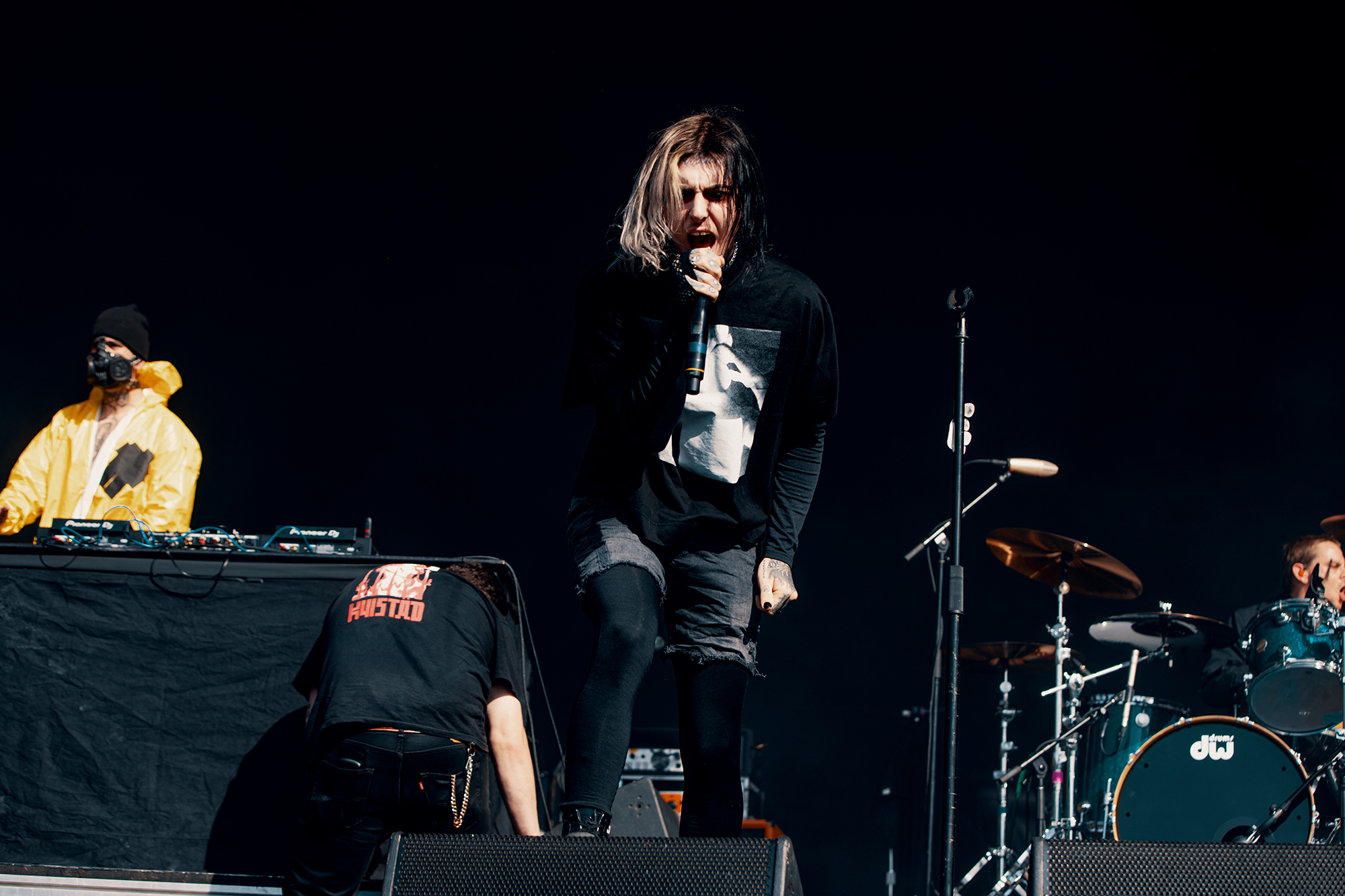 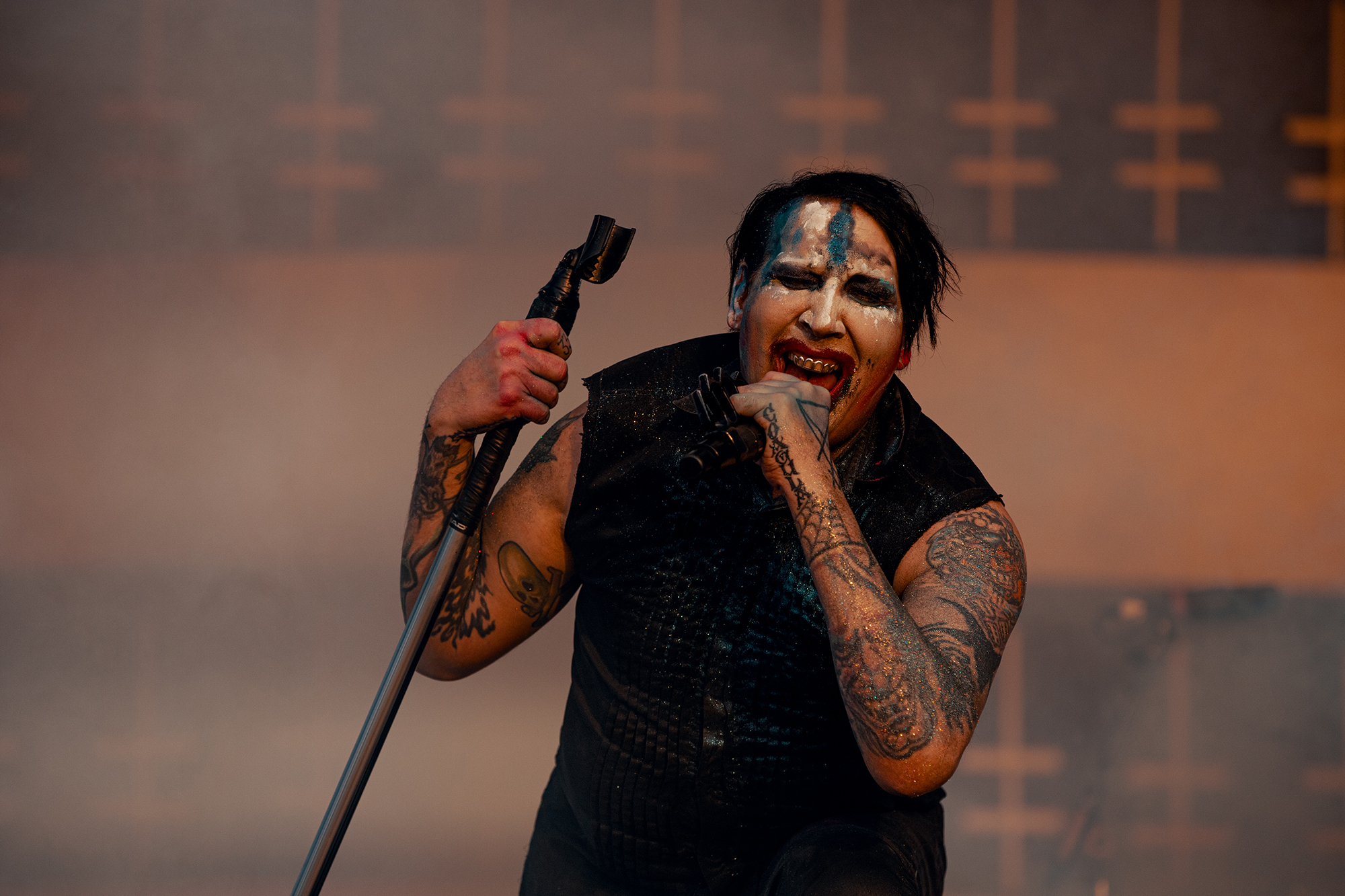 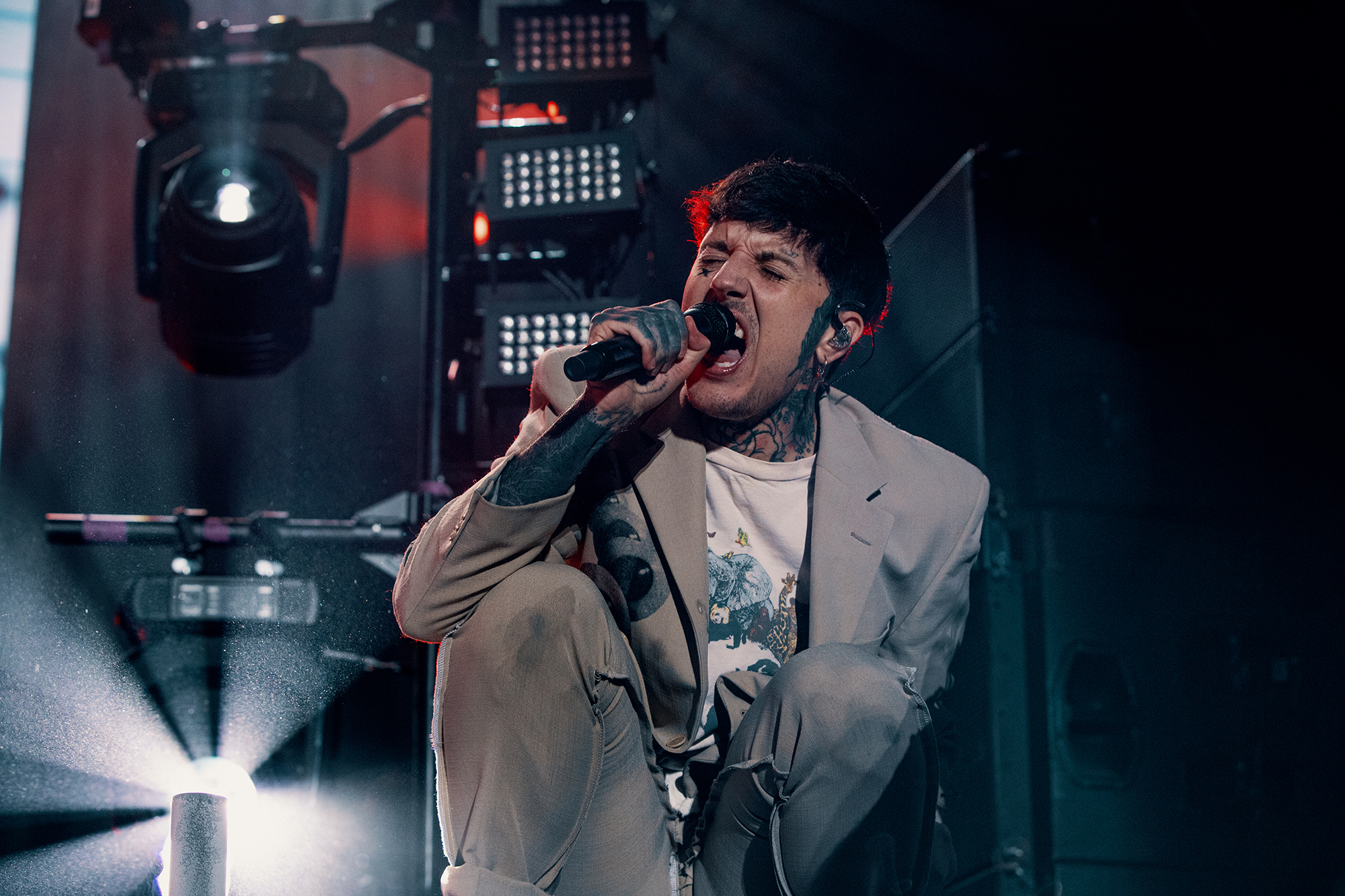 Bring Me the Horizon | Photo by Dillon Flowers

After the sun went down, Bring Me the Horizon took the main stage for a performance that truly brought home the transformation of the band. Once a plucky group of scenesters playing abrasive deathcore, the band has gradually shifted in a poppier and more anthemic direction. Complete with colorful lights and backup dancers, Bring Me the Horizon had Aftershock attendees both singing along and doing spin kicks in the pit.

Rob Zombie may be from Massachusetts, but the heavy metal renaissance man looked like a demonic version of a hippie straight out of the redwoods of Northern California when he played a rollicking, pyrotechnic-heavy set to a roaring crowd.

Blink-182 has released two albums in the past three years, but the pop-punk superstars mostly played the hits during their relatively short headlining set on Saturday night. From the opening strains of “Feeling This,” to the short and dirty “Family Reunion” (which you know you downloaded from Limewire at one point in your life), to the tongue-in-cheek “What’s My Age Again?” it was more of a nostalgia trip than the kickoff of a new chapter with the new album they released only three weeks ago, Nine. But if you’re Blink-182, what else are you really going to do? 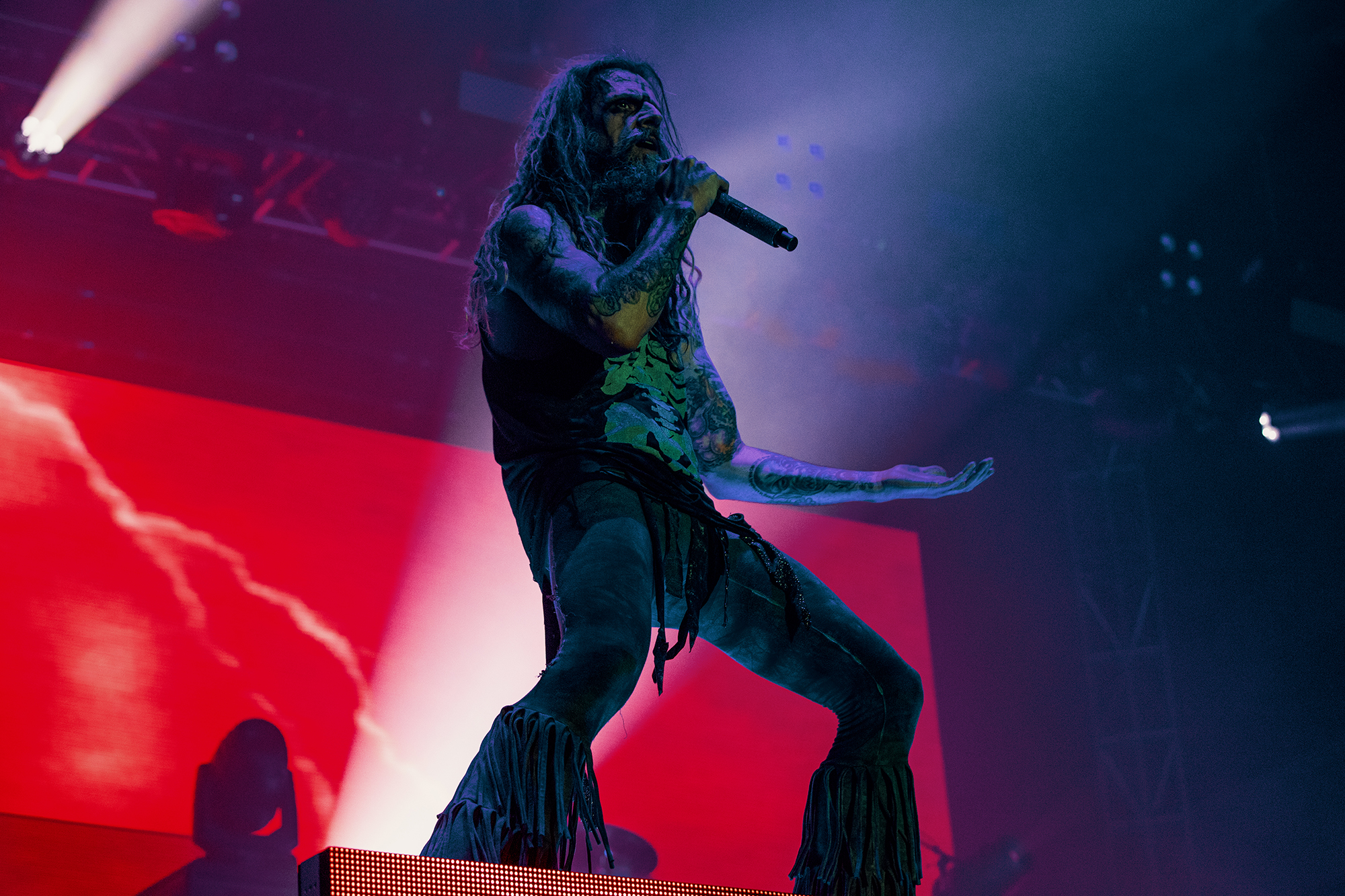 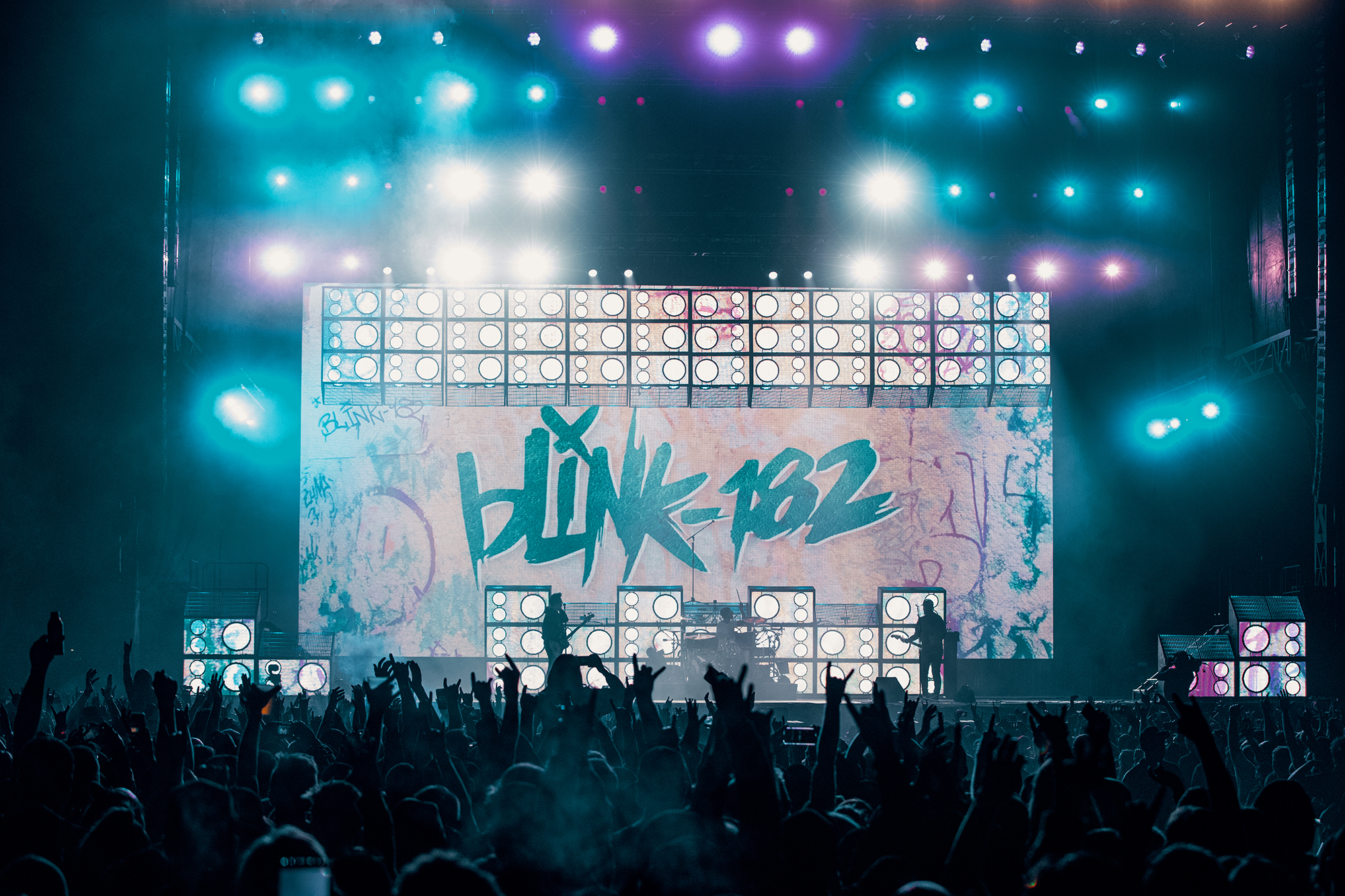 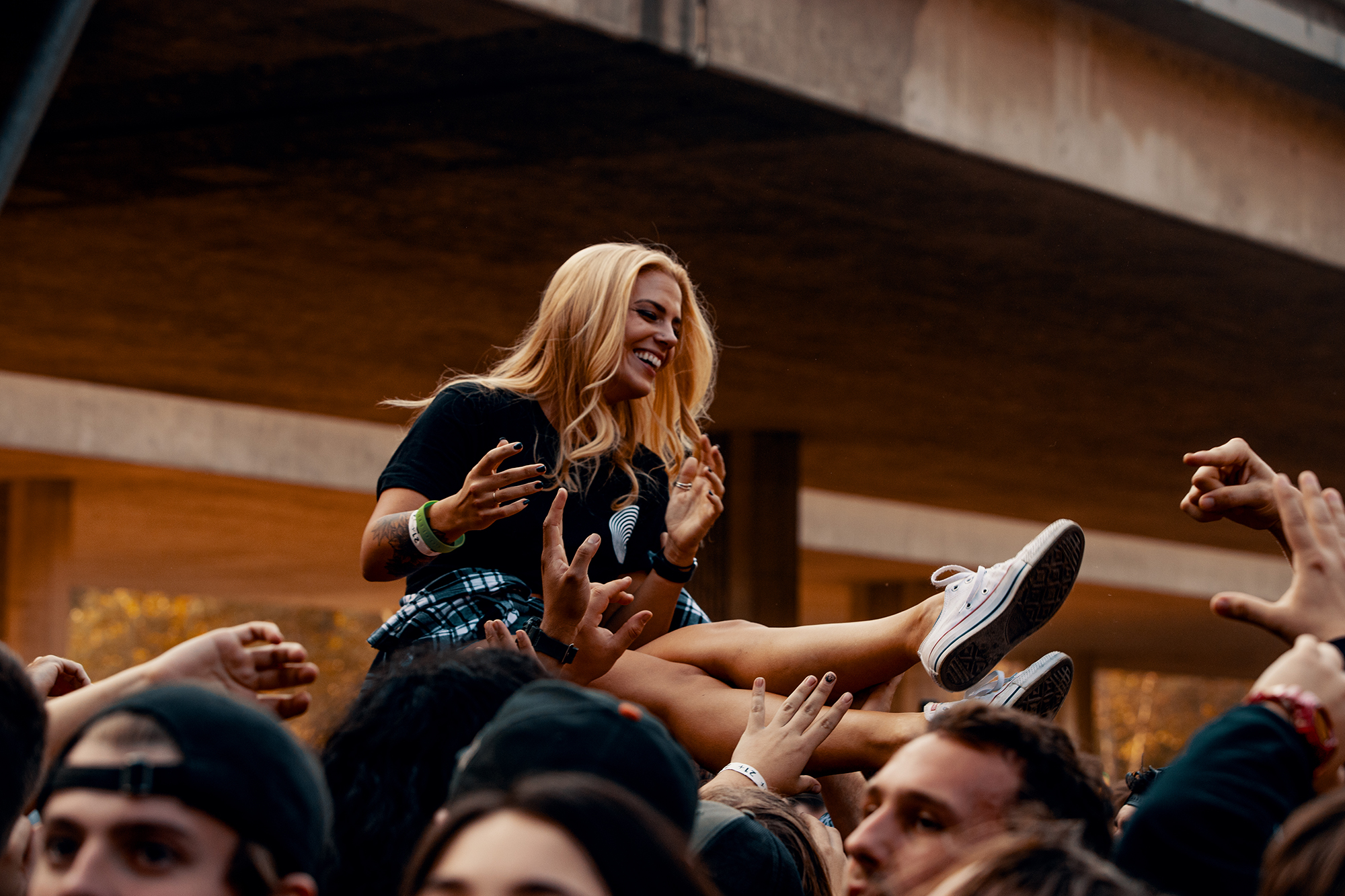 By the third day, the grounds of Discovery Park were already pounded to dust when easily the biggest crowd of the weekend flooded in.

There was plenty to come for early in the day, with Japanese pop-metal act Babymetal bringing some cheery charm to the Kolas stage early. Even without a backline or lights, Babymetal shined through their synchronized dancing and infectiously heavy tunes.

That afternoon, French metal act Gojira played a massive, pummeling set in the midday sun. Then, alt-rock mainstays Chevelle played a set chock full of favorites across their 14-year discography, before easycore pioneers A Day to Remember played what singer Jeremy McKinnon said was his “favorite California show.” 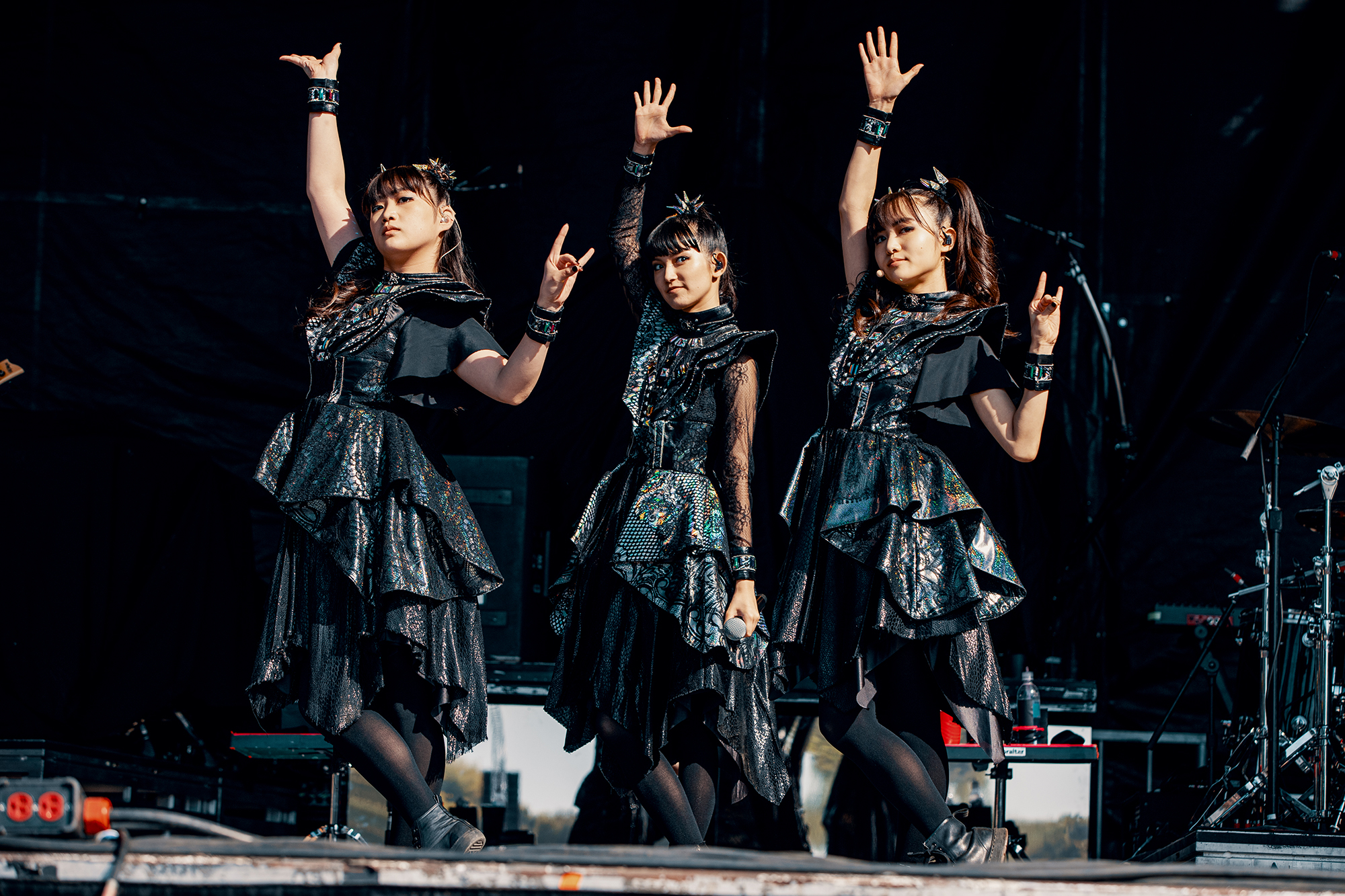 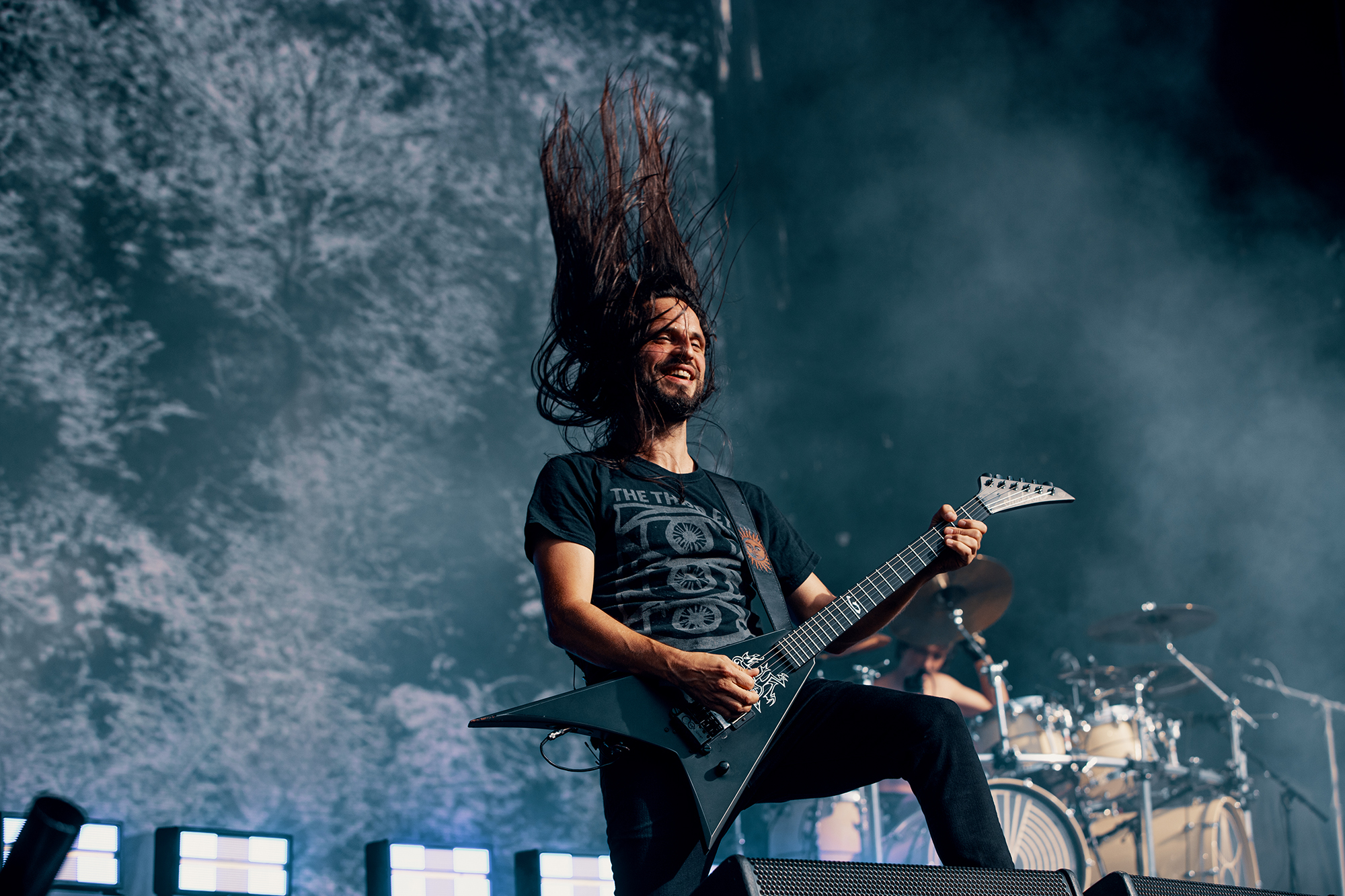 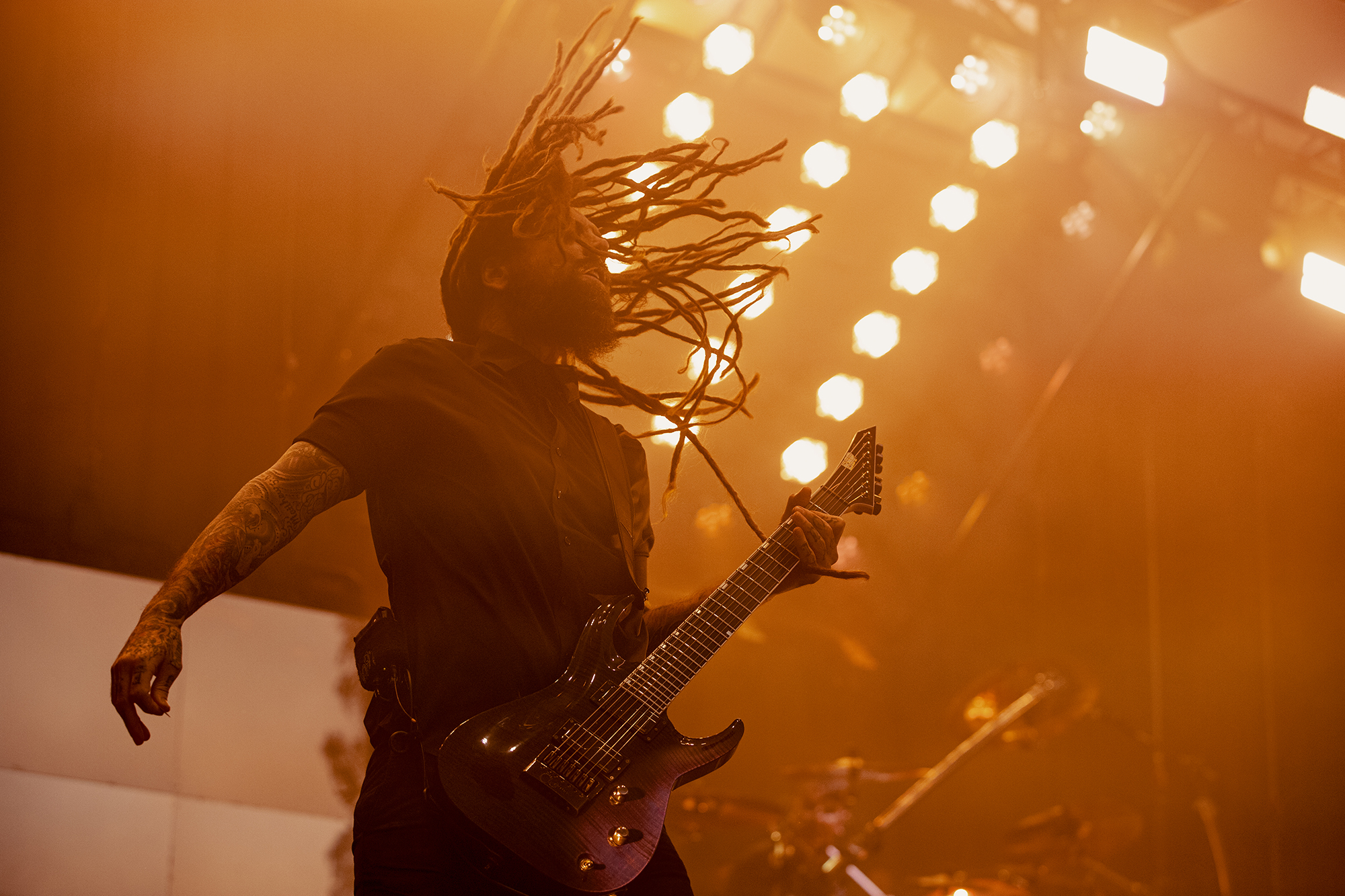 If there was a fourth day of Aftershock, Korn could have easily headlined it. The nü-metal legends played a barnburner of a set. The chunky basslines and heavy guitars rang loud and clear, and frontman Jonathan Davis gave a memorably strong vocal performance.

The festival ended with a bit of dark magic: Thousands gathered under a full moon for the trance-like prog-metal of Tool.

The band opened and closed their set with the first ever live renditions of two songs from their newest release, Fear Inoculum: the title track and “Pneuma.” In between these was a mesmerizing journey through past favorites like “The Pot,” “Parabola” and “Stinkfist” against a backdrop of visuals drawing from two of Tool’s favorite aesthetics: fractals and weird body horror.

After a weekend of hearing requests from frontmen to “open up the pit” and “show me what you’ve got,” it was refreshing to hear virtually no words out of the mouth of Maynard James Keenan other than the one-word greeting of “Sacto,” after the opening song. Instead, it was a purely musical, almost meditative experience, and yes, I include the moshing as a meditative act.

It was a long weekend with more acts than you would normally see in a year, but it was still over too soon. 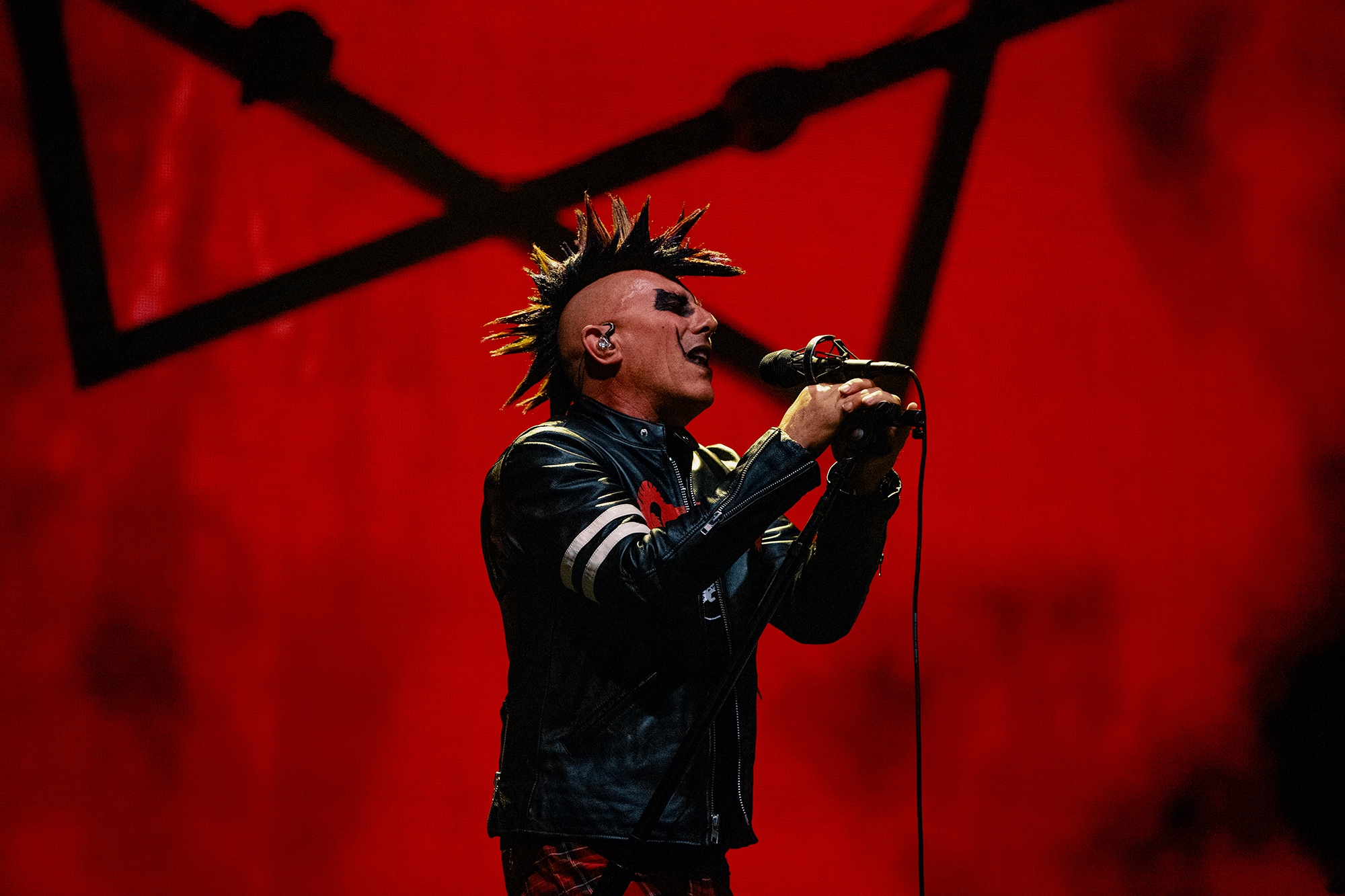 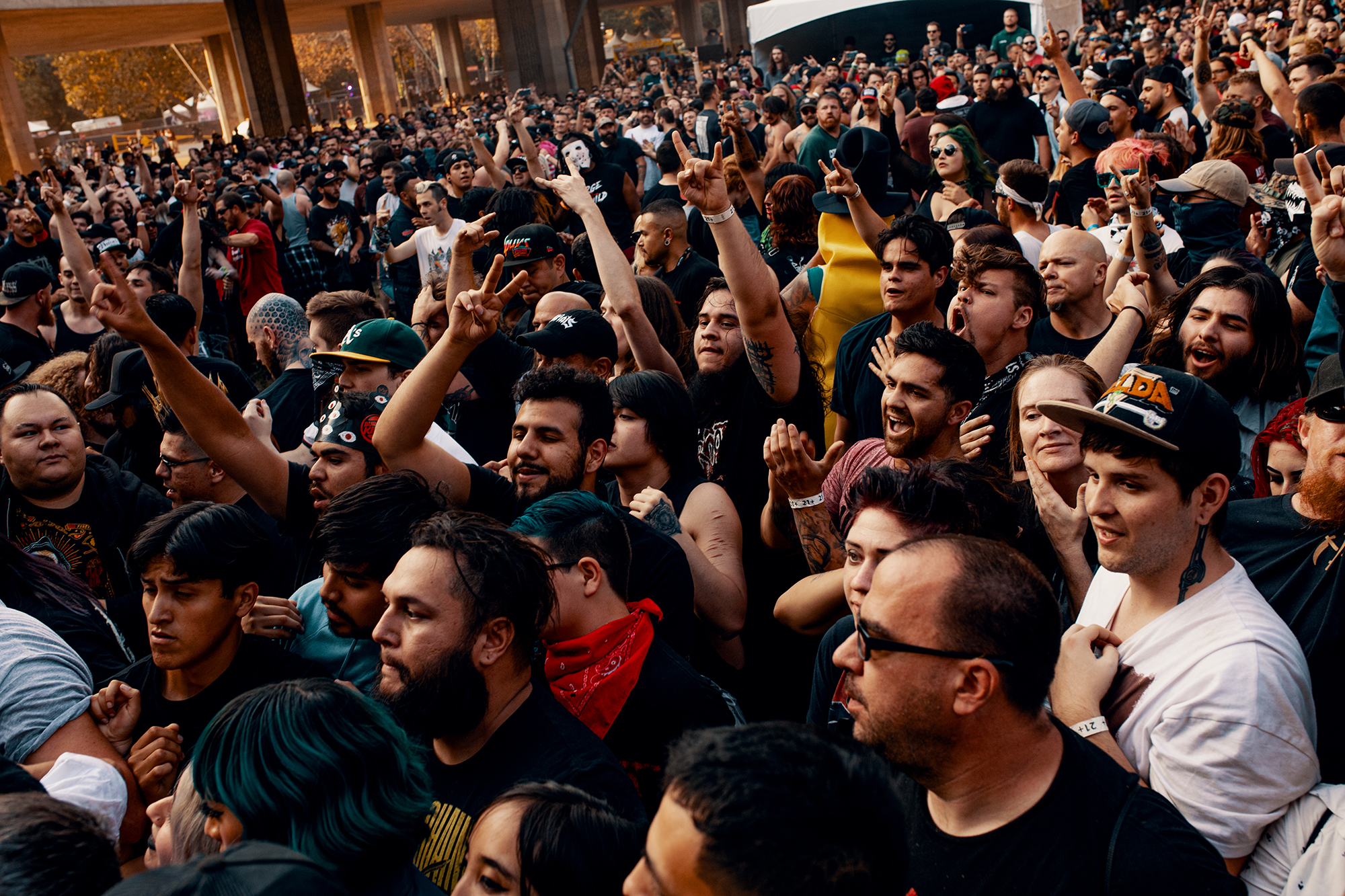