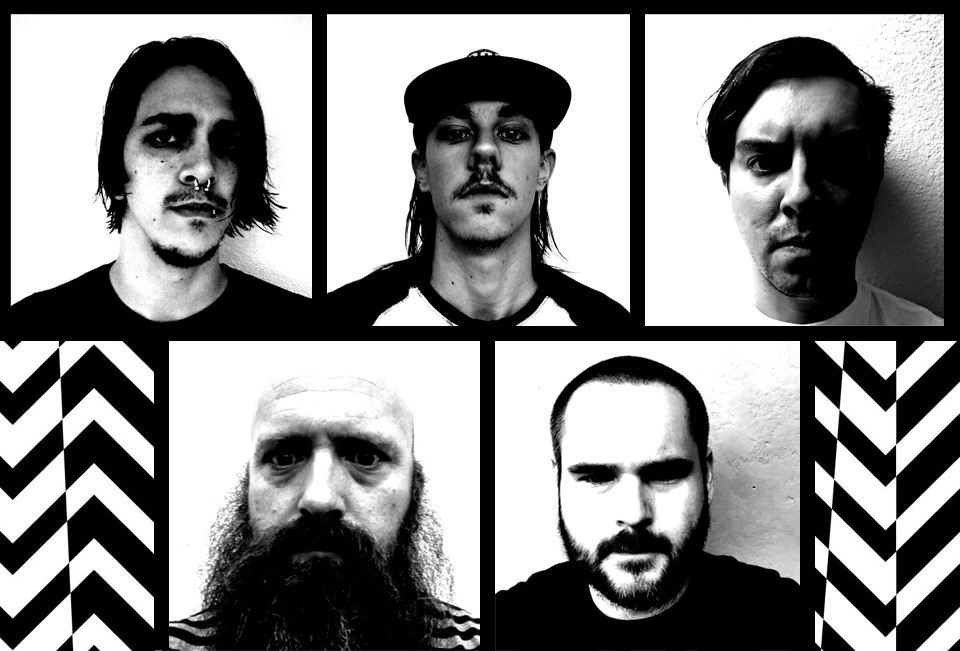 For the last handful of years, Sacramento-based Alarms have experienced a whirlwind of activity. Comprised of members Gus Snyder (guitar), Adam Smith (bass), Andy Laughlin (guitar), Jack “Joey” Hill (vocals) and Topher Snyder (drums), the band has encountered a revolving door of lineup changes and even a breakup prior to the release of their first full-length, Millipede. The latter two original members have actually left the band and then returned. Hill departed for close to two years in order to further his education and Topher stepped away for a while for personal reasons. Laughlin and Topher suggest that though Alarms are all about having fun together, they are very much committed to their endeavors. Laughlin admits that his family understands that his main focus is on playing music. He’s currently in at least four different music projects, including a long monthly commute to Los Angeles to rehearse with Apathy Cycle. Topher also plays drums for local indie experimental band NMBRSTTN.

As if being in multiple bands didn’t add enough difficulty for Alarms to exist, vocalist Jack Hill currently lives out of state and the other four members are spread throughout the Sacramento area. However, when they do get together they mean business. After roughly a yearlong hiatus in 2014, they reformed and were able to write and record enough material for an album in less than a week’s time, which they pressed themselves and released on their own label, Landlocked Collective. The band is celebrating the release of their new album, Paranoia Now, with an album release show, Dec. 17, 2016, at The Colony.

In a candid conversation with Submerge, Laughlin and Topher discussed writing and recording the band’s albums and opened up about their biggest musical influences, politics and celebrating death. 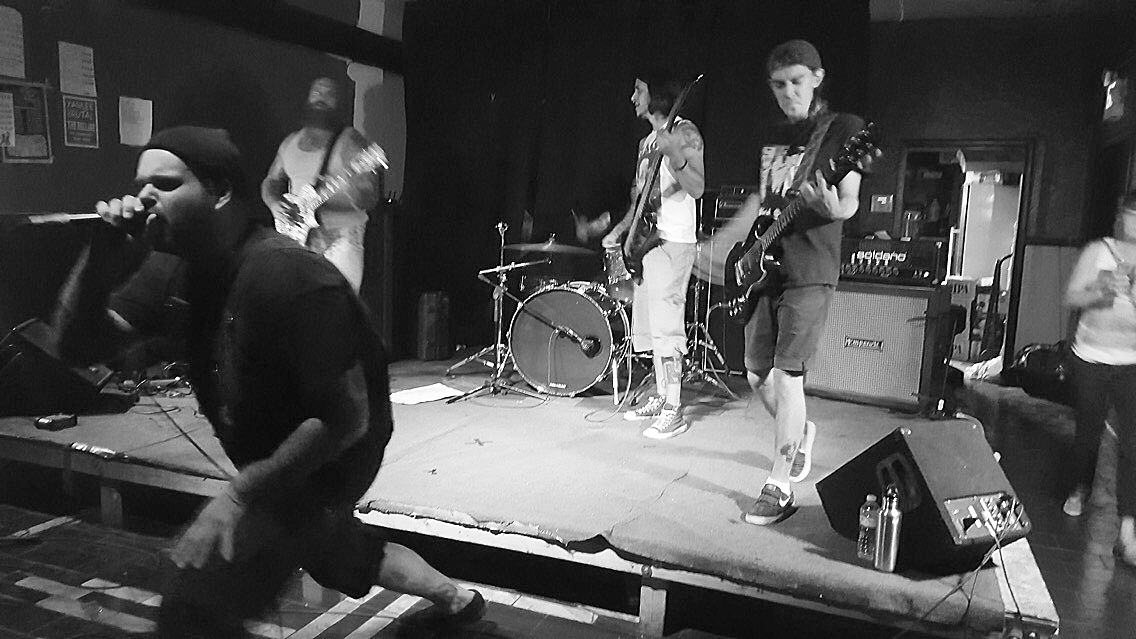 How did you get started playing music and initially become acquainted?
Andy Laughlin: My parents purchased a saxophone for me at a young age, and I wound up excelling and playing in the Army band, which no one would believe by taking a look at me. What greater act of nonconformity is there than to join the military as a punk rocker at age 17? I knew I likely wouldn’t get any sort of academic scholarship, so I joined the Army for the G.I. Bill, which paid for all of my schooling. I always knew I wanted to play guitar, though and have been playing in bands such as Actions Aside, Outgunned, Our Discontent, Landlock, Cura Cochino, and The Canker Blossom. The latter was my first band started in 1994 which was coined by [The Yah Mos, !!! and LCD Soundsystem bassist] Tyler Pope.
Topher Snyder: I used to put on shows at my parents house in Tracy. Andy’s old band, Actions Aside played there several times. I totally idolized and looked up to them. We became friends through the scene. Jack asked me if I wanted to start playing. Out of the ashes of Our Discontent and Landlock, we changed our name and formed Alarms.

It seems you’ve gone through a considerable amount of change in a relatively short span. How have you managed to stay together with a frequently rotating cast?
TS: Jack has always written all of the lyrics. We had everything tracked for the Millipede record already recorded when Jack split so then we had to re-record everything with Terra.
AL: Music is our biggest passion, so we know no other way. A few years ago Jack quit to pursue a master’s fellowship at the University of Nebraska. Before he left, he essentially handed the keys over to our friend Curtis Terra. Terra sang on our first full-length album Millipede, but wanted to take a different direction in life, so he departed. Roommates at the time, Terra must have rubbed off on Topher since he left the band as well, but later returned as did Jack on vocals. Prior to that, though, I was in a dark place. Two members quit at the same time, and I was stuck with a thousand records I pressed with my own money at a time when we should have been touring to support it.

How did you pull yourself back up?
AL: I tried to focus on other music projects during the year-and-a-half break. Jack moved back and challenged us to get back together to write and record a new EP within six days. We’ve never been about achieving typical goals of success or notoriety, but rather just view it as an opportunity for friends to get together and create hard-hitting music together to match our personalities.
TS: Andy and I decided to write everything in the studio, recording material for two separate EPs, which we didn’t widely broadcast. So people who stumble upon our Bandcamp page will see these older works recently released which few people even knew existed. Once we got back in gear in 2015, we crushed the show at Blue Lamp with Poison Idea. After that show, I realized how important being in bands is for me and wondered how I could have ever quit.

Who are some of your biggest influences?
AL: I learned saxophone and classical guitar at age 12. I started by playing Flamenco and Delta blues, which taught rapid fingering techniques. As I got a bit older, I got into punk bands like The Stooges and MC5. I wanted to know about the early caveman days of who influenced punk and heavy metal and discovered upon early surf rock acts like Dick Dale and Link Wray. To me, there’s no difference between a wild atonal guitar solo played by Kerry King or Greg Ginn, and a wicked saxophone solo of Ornette Coleman or later John Coltrane. Those in-the-moment, not-being-afraid-to-jump-off-the-cliff expressions are what have always moved me.
TS: AFI, Rancid, Murder City Devils. Out of left field, I have a deep passion and love for Bob Dylan. When I was 15, I put on shows at my parents house and was really involved in the hardcore scene in the early 2000s. Two of my all-time favorites who played at my house were Andy’s old band Actions Aside and Bay Area band All Bets Off. Hardcore Punk has influenced me more than technical music. It’s about the feeling, the message and experiences you have with your friends and the people you look up to.

You mentioned All Bets Off. I recall hearing about the tragic death of vocalist Sammy “The Mick” Winston last year. How did this affect you?
TS: I’m not a stranger to death, but it was devastating and I’ll never be the same. I wanted to be like him when I was a teenager. He and I ran his record label, Spiderghost Press Gang. We remained very close even though he had a falling out with a lot of people in the scene before moving to L.A. He died heroically, mirroring his favorite book The Outsiders. He went back inside his burning house to save his friends, which is how the book ends. His death was almost like poetic injustice. I love talking about my dead friends. Through his own experience with the death of best friend [Link 80 and Knowledge singer] Nick Traina, Sammy taught me that it’s your responsibility to make sure everybody knows how cool someone was and to preserve his or her memory and legend.

How has the Sacramento scene changed in the last several years?
TS: Chris at Starlite Lounge and Ben of Shuffle Six are crushing it by getting real quality bands coming through. Since they’re friends, they talk and work together to get local bands on bills. Café Colonial and The Colony will often have great shows. Legendary bands like Madball or The Queers have played there within the last year. Growing up in Tracy, I always felt safe and welcomed coming to shows in Sacramento.

What can fans expect from your upcoming album Paranoia Now?
AL: I read a review of Millipede where someone compared it to Wolverine Blues-era Entombed. I love that band and that record. Sometimes art imitates life’s impressions. When I tracked guitars I played through my Mesa/Boogie Mark V, but also played through a Boss HM-2 pedal into a clean amp so I can get that nasty Swedish death metal buzzsaw guitar tone.

We’ve always been an uncompromisingly intense band. We may not be the fastest or the heaviest band around, but Jack’s unique cadences with lyrical topics from animal rights to satirical conspiracy theories to anti-waste make us unique. However, I’m a firm believer in re-appropriation. The song “Millipede” is basically a rip off of The Stooges’ “I Wanna Be Your Dog.” Every riff has already been written, so we’re in essence paying homage to our heroes.

TS: No style or genre is off limits to us. Our sound is based on the way we put the pieces of the puzzle together. On Paranoia Now, we intertwine forms of surf rock and flamenco, but you might not recognize it live because we play loud and fast.

What are your thoughts on the recent political changes?
AL: I refuse to listen to, watch or even speak the next President’s name. I’m sticking to that pledge. He’s like Voldemort to me. I will not allow him to affect my life. The biggest issue I see is that this change has emboldened ignorant people across the country that want minority groups and women, who already feel marginalized to be erased. If we want to see positive change, the privileged people need to rise up and help those in need. Personally, I’ll be looking into non-profit organizations that protect women’s reproductive rights. Several women I know are terrified of losing their rights and their voice.

Pick up a copy of Alarms’ new album, Paranoia Now, at the album’s release show, Dec. 17, 2016, at The Colony, located at 3512 Stockton Blvd. in Sacramento. This all-ages show includes Rat Damage, Apathy Cycle, Cross Class and Barc, starts at 8 p.m. and will set you back $6 at the door. Check out the album beforehand via the player below. 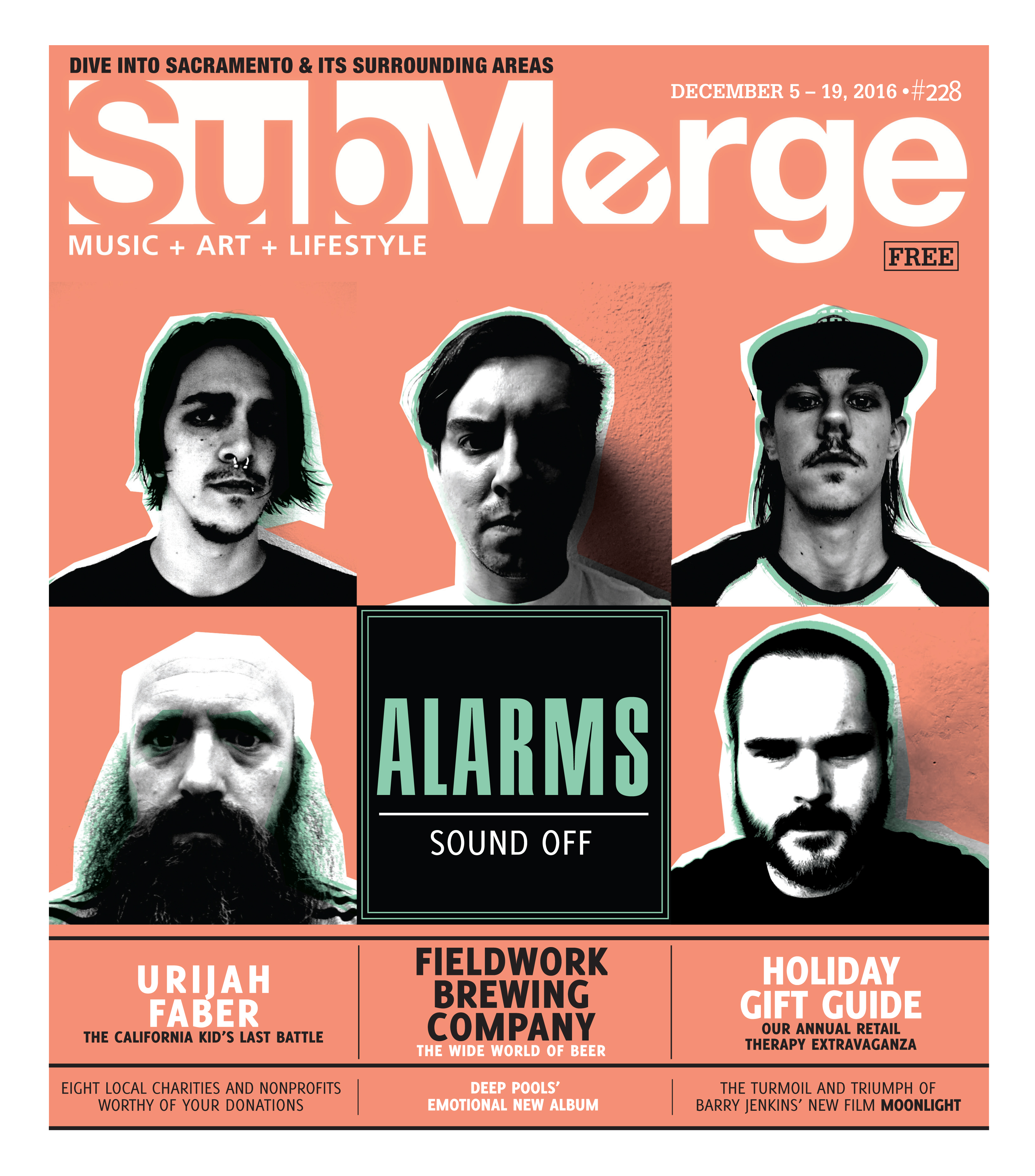