If there’s one thing that’s been very apparent throughout Alela Diane’s career, it’s that her music comes from a place of meditation. Nature, existence, spirituality, love and loss are observed, dissected and ruminated upon in striking detail. Diane’s last album, About Farewell, turned that approach on its ear to address the rollercoaster of emotions following her divorce from Tom Bevitori, who was also her ex-bandmate in Wild Divine. Exposed as she was during that time period, having stripped back down to solo performances, Diane’s strength remained her willingness to act as vessel to the muses of the songs she’s lassoed.

Now remarried and with a 2-year-old daughter, Diane was at a creative crossroads and unsure of her next step. A chance encounter at a friend’s show in late 2014 with fellow Portland-based composer/guitarist Ryan Francesconi changed all that. Having received acclaim for his arrangement assistance on Joanna Newsom’s Have One on Me, Francesconi was at a similar fork. Collaboration ensued, resulting in Cold Moon, a deeply affecting collection of fall-weather tunes inspired by new perspectives and new challenges, on both Diane and Francesconi’s part. Beginning with the appropriately buoyant autumn-centric tune “Quiet Corner,” Diane and Francesconi’s sonic partnership has yielded the most experimental effort yet from Diane’s folky oeuvre.

In short, the new album was a much different beast to tame, as Diane explained to Submerge. 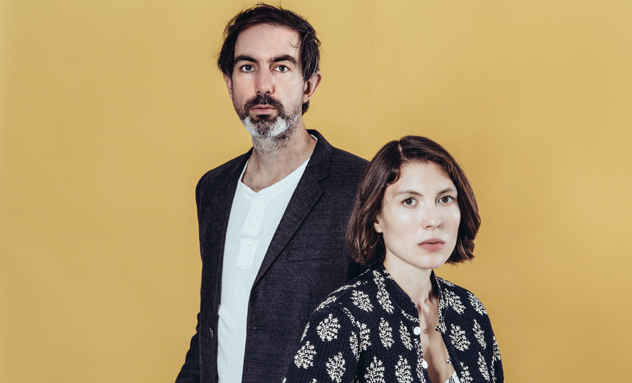 Tell me about how this collaboration came about.
I understand there was a kind of mutual inspirational rut between yourself and Ryan with regard to your next step musically. I have a 2-year-old and last year at this time she was 1. I just didn’t have the time or space to kind of make or create an entire album that was the next Alela Diane solo record. I didn’t have that record in me at the time. Yet, I had something in there, and I was open to trying different sorts of writing where I could just kind of write some words and not have the pressure of it being my next album, my next statement. I ran into Ryan at a show and we just got to talking, and he was talking about being bored making instrumental music. I didn’t think much of the conversation; I just thought it was cool to see Ryan. A couple days later he emailed me and said, “Hey, do you wanna try writing some songs together just to see what that’s like?” I said yeah, and it all happened really quickly and easily, which is exactly what I needed. I didn’t need something that was daunting and difficult. He sent me a bunch of digital files of these beautiful guitar pieces, some things he’d been kicking around. It was a really different process for me to approach his music and think about what I had to say on top of his guitar pieces, because that backdrop was very different than my own guitar playing. I felt like different words were being called to come out of me. It was a really cool way of working.

Once you were in the thick of it with the arranging, writing, etc. what were some of the things that inspired you by Ryan’s playing that you felt helped to bring out the words, the melodies, the whole vibe of the album for you?
His guitar pieces are very intricate, beautiful, kind of meditative; they’re really different than anything I can play on guitar. They didn’t feel like something I could create, so it felt really awkward at first. The very first song I wrote for the project I wrote the way I usually write, which is very much from my perspective from my life, some story about my past and it just didn’t feel right. It didn’t fit well on top of his guitar work. But that was a good awakening; this wasn’t just a platform for me to say the same old stuff. This was something else. With the changing seasons and also getting some insights in certain instances about what Ryan was thinking about when he wrote the guitar pieces, it was an opportunity to observe things from a broader angle: Life on Earth, life as a person on Earth and not necessarily life as Alela Diane specifically. Although, of course because I am me, that does come out. And also, with me having a newborn daughter and thinking about life, like where the hell did this little creature come from with this spirit she has? What does it mean to come to Earth, and what does it mean to leave? Big stuff. This is my version of, “Whoa! This is all crazy! What does it mean?”

When I listen to these guitar compositions, they sound pretty complex to pull melodies out of. Was that difficult for you?
They’re really complex. Some of them I sat with for weeks or a month and just listened and was like, “How the hell? Where is the melody?” The pieces are so rich on their own and the last thing I wanted to do was sing something stupid on top of something that was already beautiful and ruin it. I didn’t want to make the songs worse. So I just listened until I started hearing something. Then I just followed what I heard.

Do you feel like having traveled this new approach to creating an album that it’s allowing you to meditate on how you might present the kind of album you were originally unable to make in the future?
Yeah, I do. I’ve written some songs on my own since we’ve finished this project. I see them all inside myself, even though I haven’t written them yet. I think even just woodshopping things with the computer and recording rough versions, it’s something I’ve never done before on my solo work and I think that that will be a really helpful tool for writing my own songs, and editing and sorting through things and deciding what’s strong and what’s not as strong. Usually I’m pretty old fashioned. All of my records are like I wrote all these songs on only an acoustic guitar. This is what I do and this is all I’m capable of. But I’m trying to think outside of that box.

The process is just as important as the end result.
Totally, I love the process. That’s why I do this. I think writing songs and chasing after a song and having a song arrive out of nowhere is so rewarding. It’s why I keep doing this. 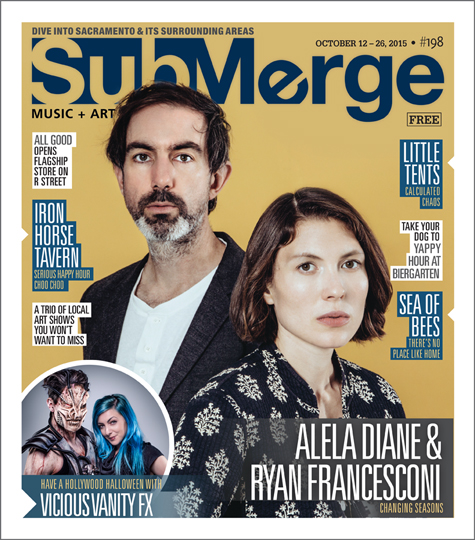