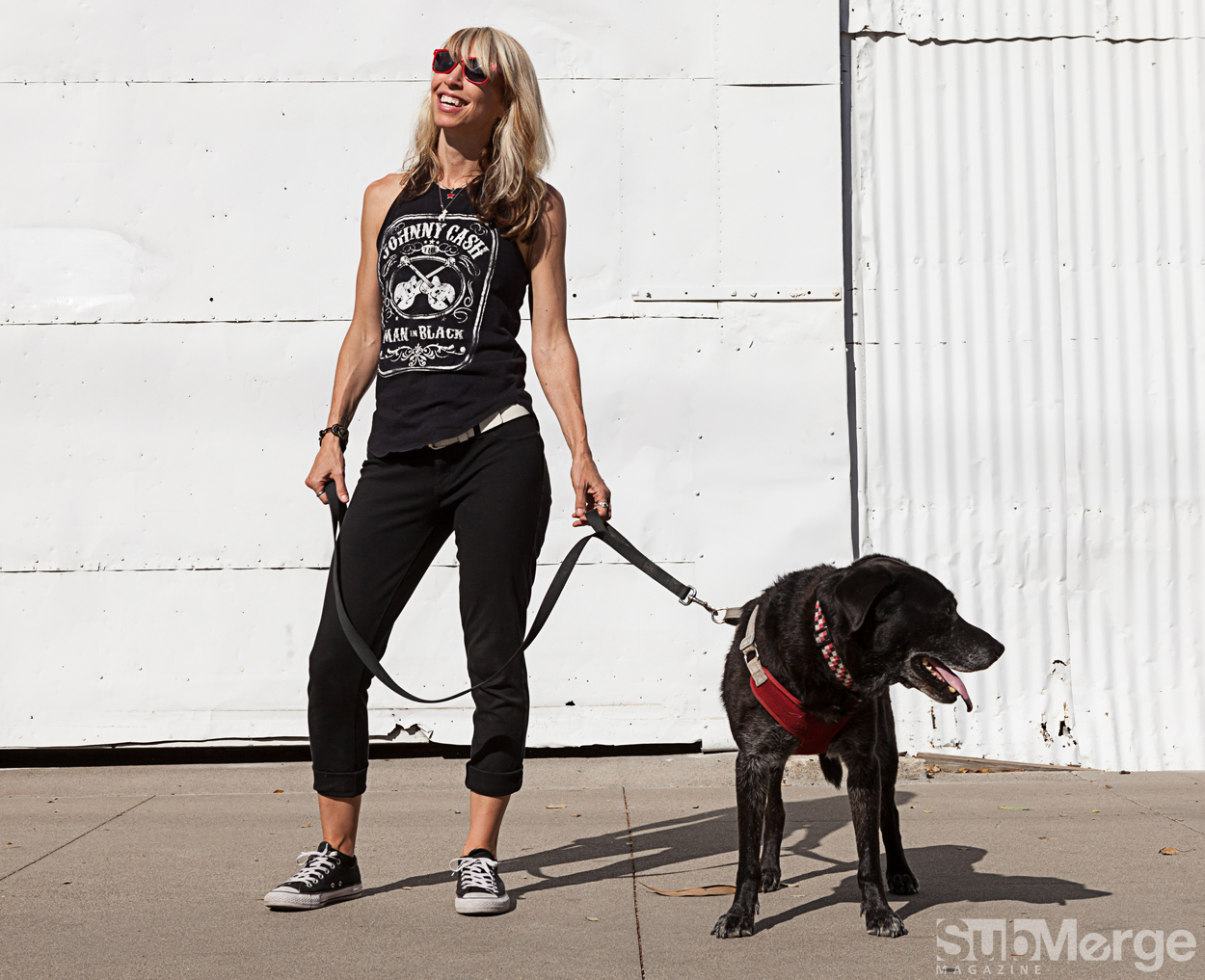 This month, Allyson Seconds will release her second solo album, a collaboration with homegrown songwriter and producer Anton Barbeau, whom she met as a teenager working at the Java City on 18th and Capitol.

Barbeau is one of many local musicians with whom Seconds forged a musical bond during her time at the popular coffee shop/venue in the mid-‘90s. In addition to Barbeau, she met her husband, Kevin Seconds of the band 7 Seconds, and local booking legend Jerry Perry, who was recently tapped to book the live music for several massive Bernie Sanders rallies in Northern California this summer, including one at UC Davis where Allyson and her husband played in front of nearly 10,000 people.

She’s an environmentalist and an animal lover who draws zero distinction between her personal life, her music and her politics. She made that clear during a recent phone call with Submerge, when the conversation dipped briefly into the election on the heels of the first debate. She is who she is, whether she’s singing, hiking trails, taking photos or running her fitness company.

Her upcoming album, titled Little World, will come out on Oct. 21, 2016. She’ll play a release show at Shine the following day, with Barbeau and Kevin Seconds joining her on the bill.

Seconds recorded the album while fighting off an illness she caught after flying home from a tour and descending into the smoke of last summer’s wildfire-ravaged hellscape.

“It looked apocalyptic outside and it felt apocalyptic in my throat,” she said of the recording sessions in Barbeau’s father’s living room.

“We embraced the edge of rawness in [Allyson’s] voice,” said Barbeau, noting that a casual listener likely wouldn’t notice a difference, but that an extra layer of authenticity could be found.

We talked about everything from the importance of those early musical years in Sacramento to the recording of Little World which is layered with rich harmonies and anchored by catchy melodies. This is a playfully experimental collection of pop songs that will simultaneously stick in your head and keep you guessing from one verse to the next. 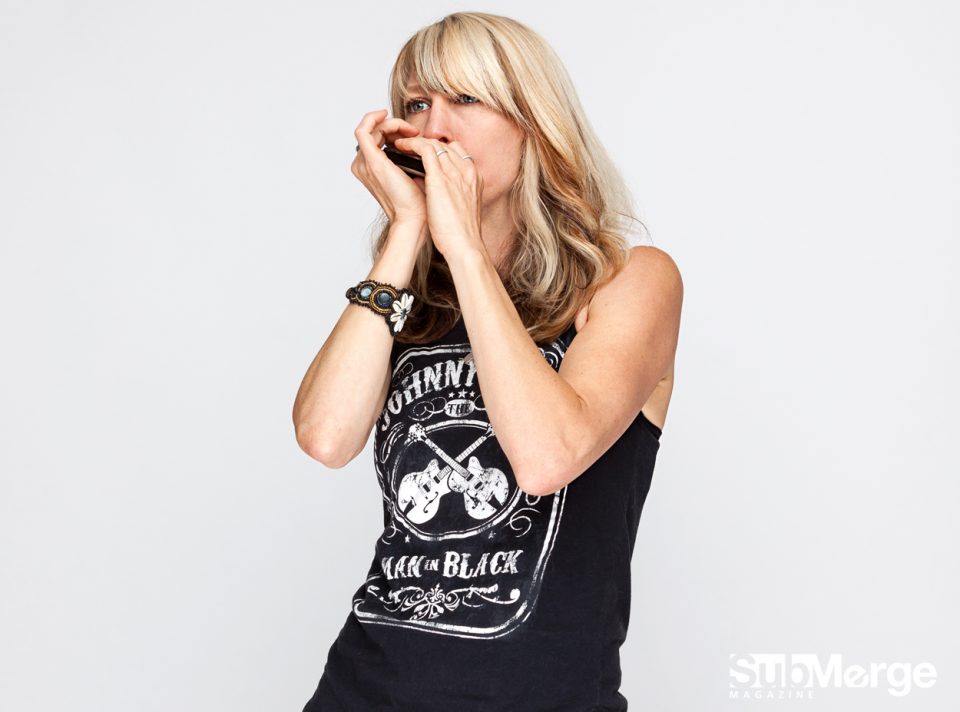 How did you and Anton begin collaborating?
I met Anton around town in the early ‘90s. I worked at Java City on 18th and Capitol when that was the only thing going on around town. There was nothing else going on except for, like, Cattle Club. There were staple folks, and Anton was definitely one of them. That’s actually where I met my husband and we started singing together. Anton’s songs always spoke to me. They just have a melodic aesthetic.

What was the recording process like?
Anton and I have a first CD that we did together in 2009 called Bag of Kittens. That came about because I was going to ask all of my favorite singer-songwriters in Sacramento to just write me a song because I had sung harmony with basically everybody. Everyone was like, “When are you going to do your own solo thing?” and I was like, “I don’t know. I suppose I should do that before I’m like 80 years old.”

It’s scary to sing alone if you’re a harmony singer, but I like to push myself. I asked Anton to write me one song and he basically wrote me like 13. So that’s how the first album came about. He comes home [to Sacramento from Europe] every year to be with his dad. We’ve recorded both albums in his dad’s living room. The second album came about from us hanging out and going, “Hey, wanna do that again?” It was so nonchalant and kind of wonderful that way.

What’s the living room studio space like?
It’s a dusty Sacramento living room and it’s got Anton’s scrappy drum kit and laptop and Wurlitzer and microphones. We just make it work. We’ve recorded so much stuff there. On this album and the last album, the trumpet was recorded by Vince DiFiore from Cake in that living room. It’s not any sort of spiffy set-up at all. It’s so Sacramento.

What’s it like harmonizing with yourself, as you often do on Little World?
I have a weird voice dysmorphia and I have no idea what I sound like, or if it sounds good at all. I’m one of those people. Anton loves when I harmonize with myself in recordings and I’m like, “Really? Are you sure that sounds good?” He’s like, “I love it! We’re doing it!” I’m like, “I’m going to trust you!”

What’s your approach to writing a harmony?
I liken it to playing piano by ear. You kind of just play along until you find the right thing and you know it’s good or you know it isn’t. You go for the things that feel good. That’s how I do harmony with almost everybody I play with. Sometimes I sing with my husband and he’ll have kind of an idea in mind. I’ll try to do that and I‘ll morph it into something else and he’ll be like, “Aww yeah, that’s better!” It just depends. It’s mostly just finding what works.

I read that you felt sick during a chunk of these recording sessions. How challenging was that?
I was on an airplane coming back from being on tour with Kevin. I came back to the wildfires last year that were just horrendous. The air was visible. Those two things took a toll. We had a timeline for recording because Anton was leaving to go back to Europe, so we wanted to get it done. The album cover is a picture I took at that time, and it’s just hazy and looks so apocalyptic.

When it came time to sing, were you able to settle in and find comfort?
No, it was hard. There were a couple of songs where we were pushing my voice a little higher and some lower. Anton has an affinity for my lower voice.

You are vocal about treatment of animals and the environment. How does that manifest itself in you as a person and as an artist?
Nothing is separate at all. It makes sense that when Anton was writing these songs [the environment and nature] would be a part of it. He does a great job of thinking of me and who I am and what’s going on in my life. He did it for the first album as well. It’s all encompassing—an extension of me completely.

How many dogs do you have?
Two dogs. Lulu made both album covers and was the cover model for the last 7 Seconds album, so we’re kind of obsessed with our animals!

How does the other dog feel about that?
What’s great about Hank (pictured above) is he cares less about the limelight. He doesn’t care. Lulu just sounds like someone who would care more about the camera and will always pose for the camera. She’s a photographer’s daughter for sure. 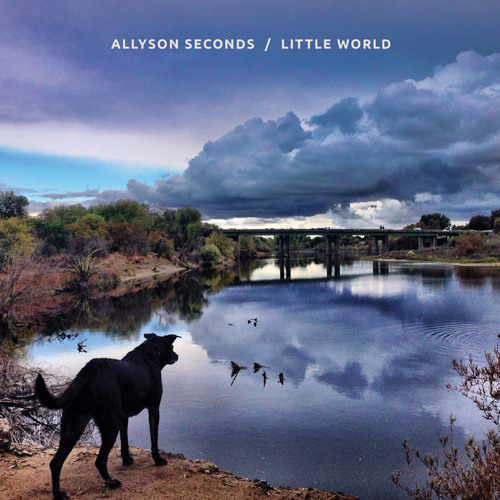 What’s the story behind the album cover?
Anton picked that photo out. I had no idea what the cover would be, but he did a mock-up and surprised me and I went, ‘Whoa, that’s perfect!’ It really encompasses it. As apocalyptic as it looks, there’s still a bit of blue sky poking through.

Where was the photo taken?
It’s my favorite spot on the American River, behind REI and Costco. I don’t go there anymore because it got too dangerous with different run-ins. I’ve just sadly had to start going somewhere else, but I’m not giving up. I’m going to head back there because I love it so much.

There has been less and less support for the homeless and a lot of programs got cut. I went there all the time because my dogs are barkers. I went there for years, daily. We’re talking 300 out of 365 days a year I’m at the river. I love it. I’m friends with several of the folks who live out there because I see them so often, but a whole other host of people have come out there and it’s quite dangerous. So that’s the state of things now.

You and Kevin played the Bernie Sanders rally at UC Davis. How did that come about?
That was so exciting. We know Jerry Perry really well and he was booking all of those rallies. I’ve known Jerry since I was 15 probably. He asked Kevin and I to do the UC Davis rally, and that’s where I went to school, so that was really exciting. That was definitely a highlight of the year. Bernie really supports a lot of environmental issues that I also support. He’s for fair and humane treatment of everyone. We kind of knew it was a rough chance [for Bernie to win], but just to be able to support him by singing at a rally felt great.

How did you feel when his candidacy ended?
The way I feel about things now is that basically, in any way possible, we cannot and should not allow Donald Trump to be our president. That says it all. Whatever we can do to eliminate that chance of happening is what we must do. That’s how I feel.

You said you met Jerry Perry back at Java City in Midtown as a teenager. What was it like being there back in the ‘90s?
I feel grateful to have grown up in Sacramento. Lots of folks from different towns do not understand that statement at all. But if you were privy to that era of Sacramento music—the early ‘90s to early 2000s was a magical time. I don’t think I’m exaggerating that, because so many folks agree. It was a real boom time for music here. I was in my early 20s getting into bands and sharing stages and seeing shows. Knowing someone like Jerry since I was 15—it’s so familial. Everyone knows everyone and we’re all working for the same thing. We love music and community. I’m absolutely grateful to have grown up in a town that has such a rich music and art life.

There were never a ton of venues in town, so you had to be active. Had to get shit happening. It’s almost like being music activists. I grew up in a time when we had to make our own flyers and staple them on posts. Sacramento is a small and tight-knit community. Everyone is just like two to three degrees from each other. 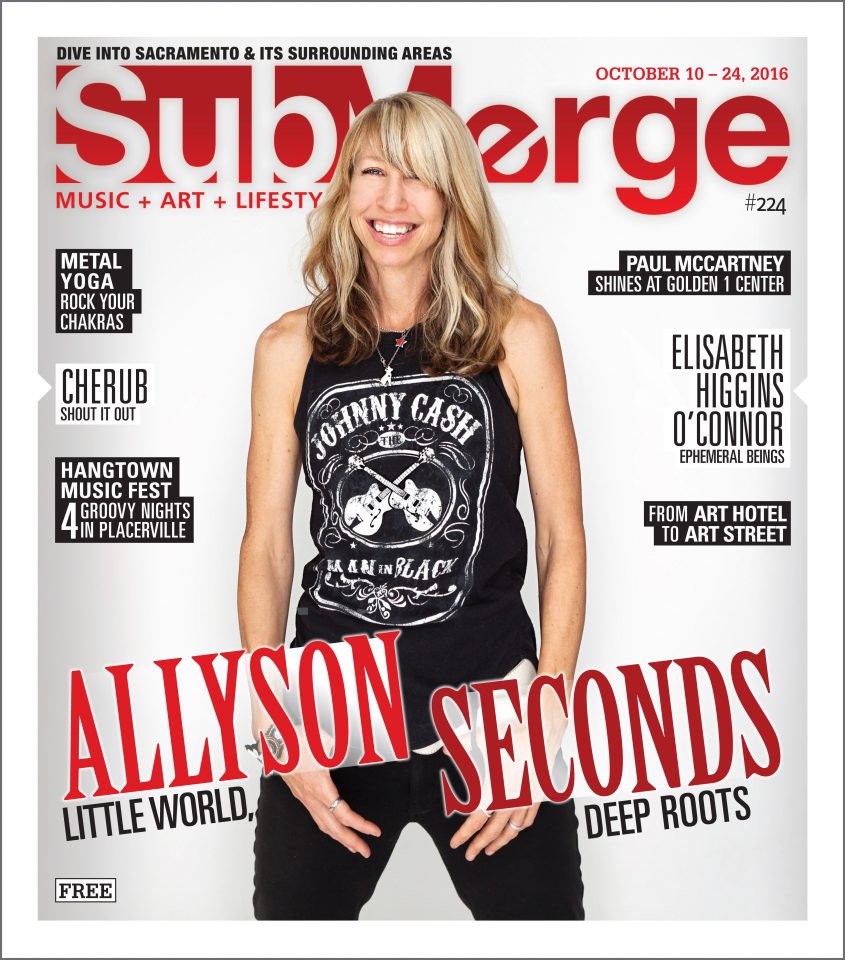 Allyson Seconds will be marking the release of Little World with a CD release show featuring special guests Anton Barbeau and Kevin Seconds, Oct. 22, 2016 at Shine, located at 1400 E St. in Sacramento. The all-ages show starts at 8 p.m with a $7 cover charge and one-drink minimum.