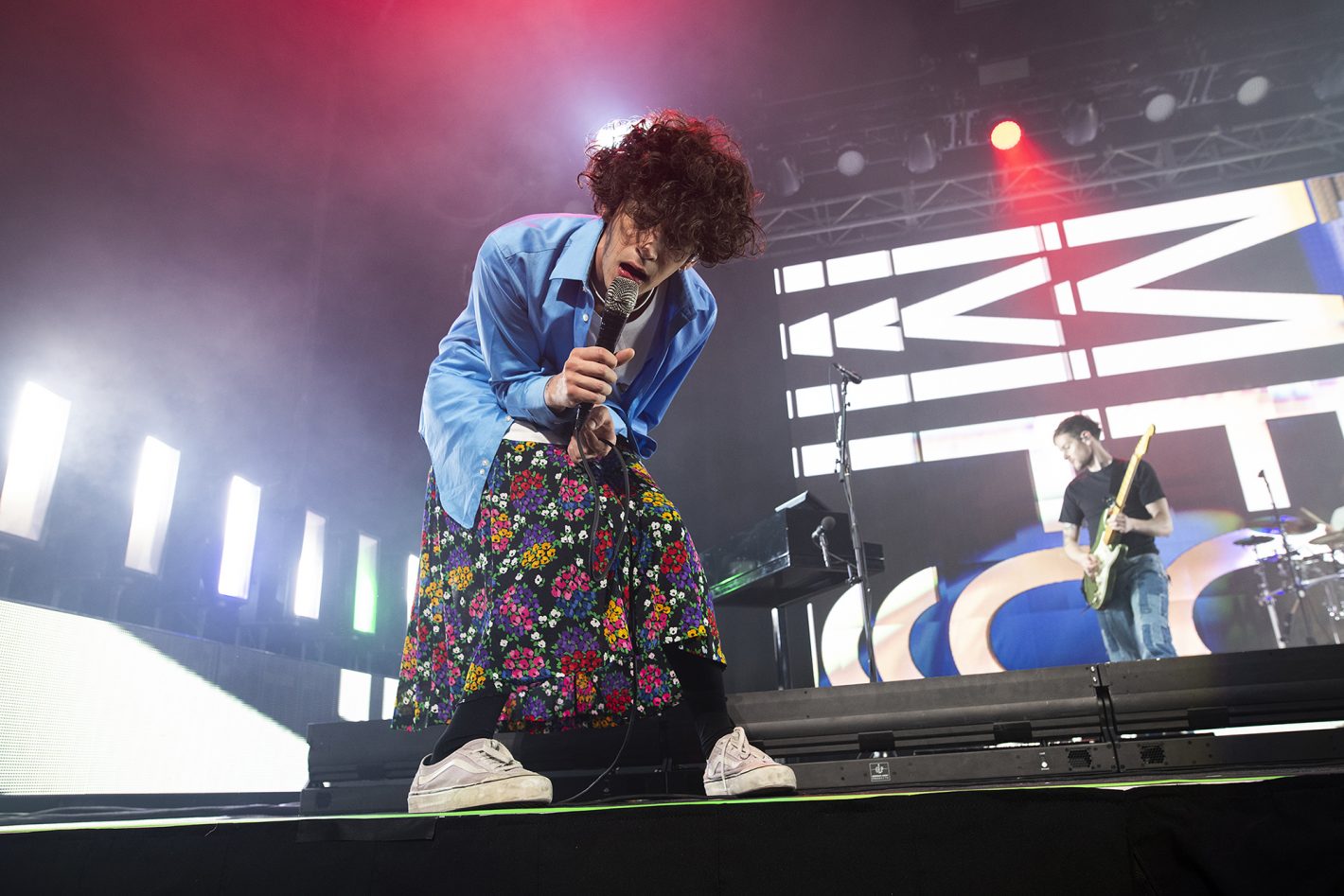 Christmas came early at the Golden 1 Center on Friday, Dec. 6. for this year’s edition of Alt 94.7’s Electric Christmas. The annual yuletide throwdown brought big names and loads of energy to Sacramento. Not even an early winter downpour could keep fans away from the show.

First up was Local Natives. The comparatively mellow crooning of the band was a lovely introduction to the night. The two and sometimes three-part harmonies were on point, especially during their hit, “When Am I Gonna Lose You,” ringing out loud and clear through the arena.

In between sets, fans were free to roam the Golden 1 Center as usual, and even treat themselves to a few additional vendors that had set up just inside the main entrance, including a massage chair or a visit with Hipster Santa. 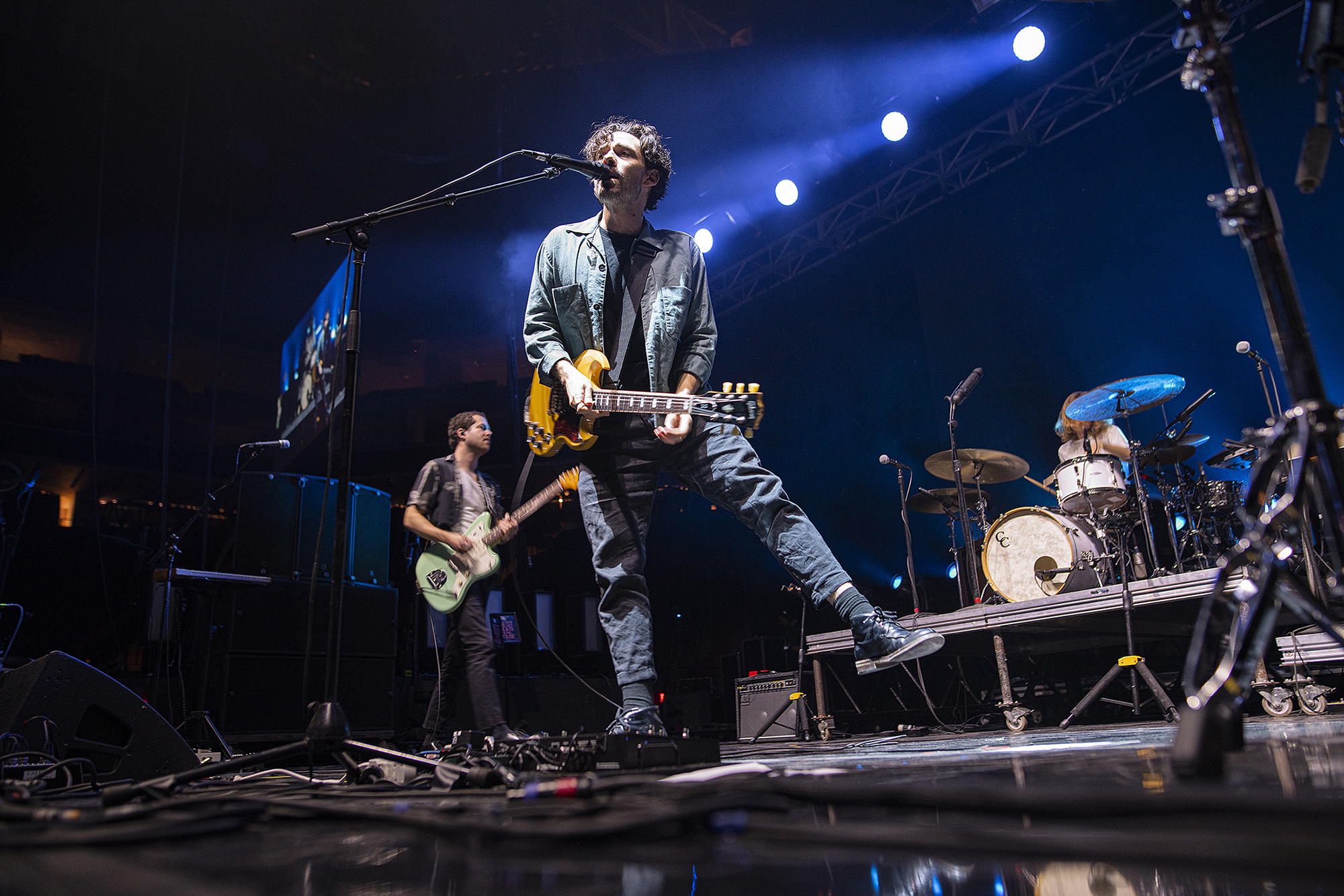 Kicking things up a notch, Catfish and the Bottlemen took the stage next. From the opening chords of “Longshot,” the band started bringing some of the people sitting in the stands to their feet. The English quartet captivated the crowd with their poppy rock anthems, from “Kathleen” to “Cocoon.” 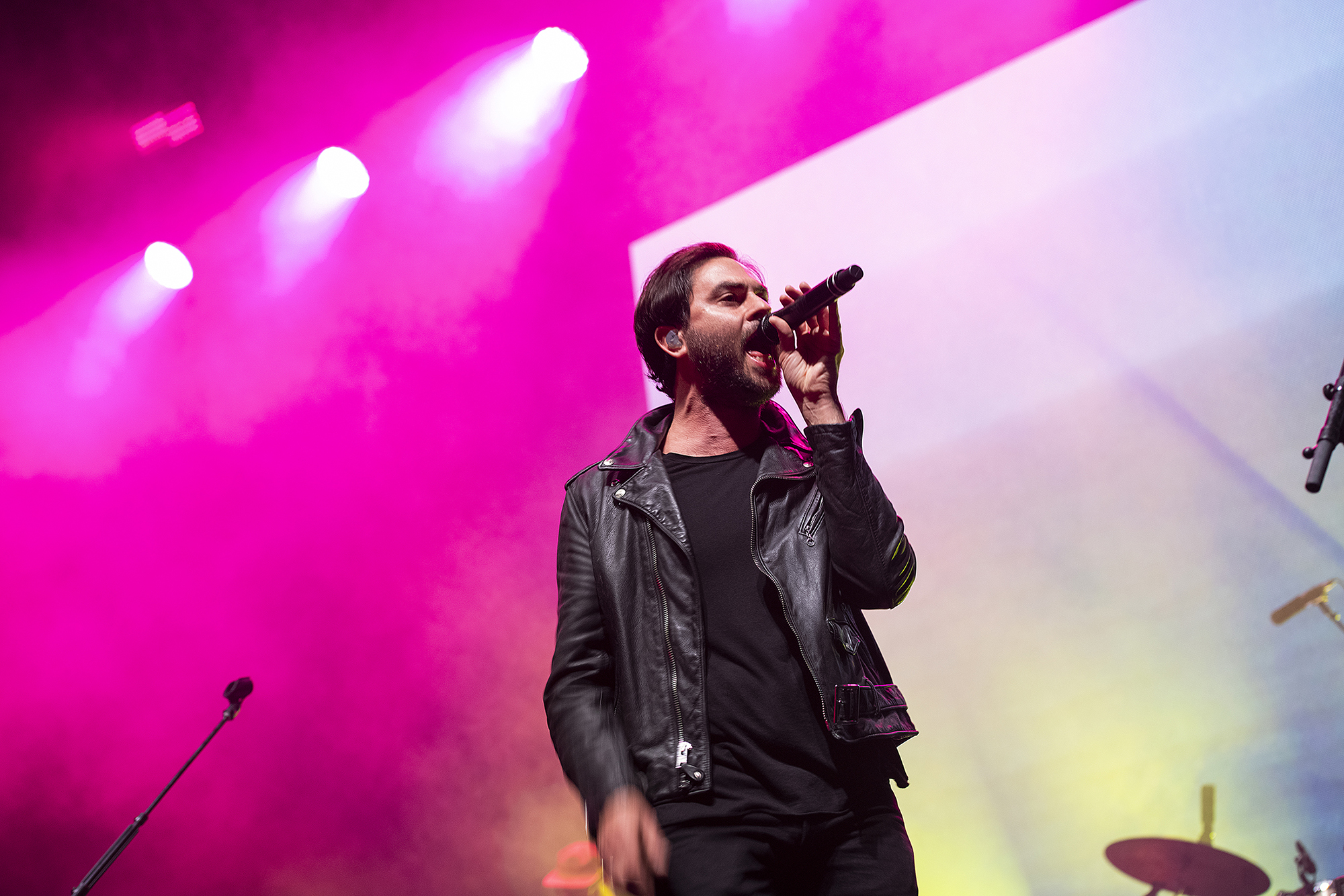 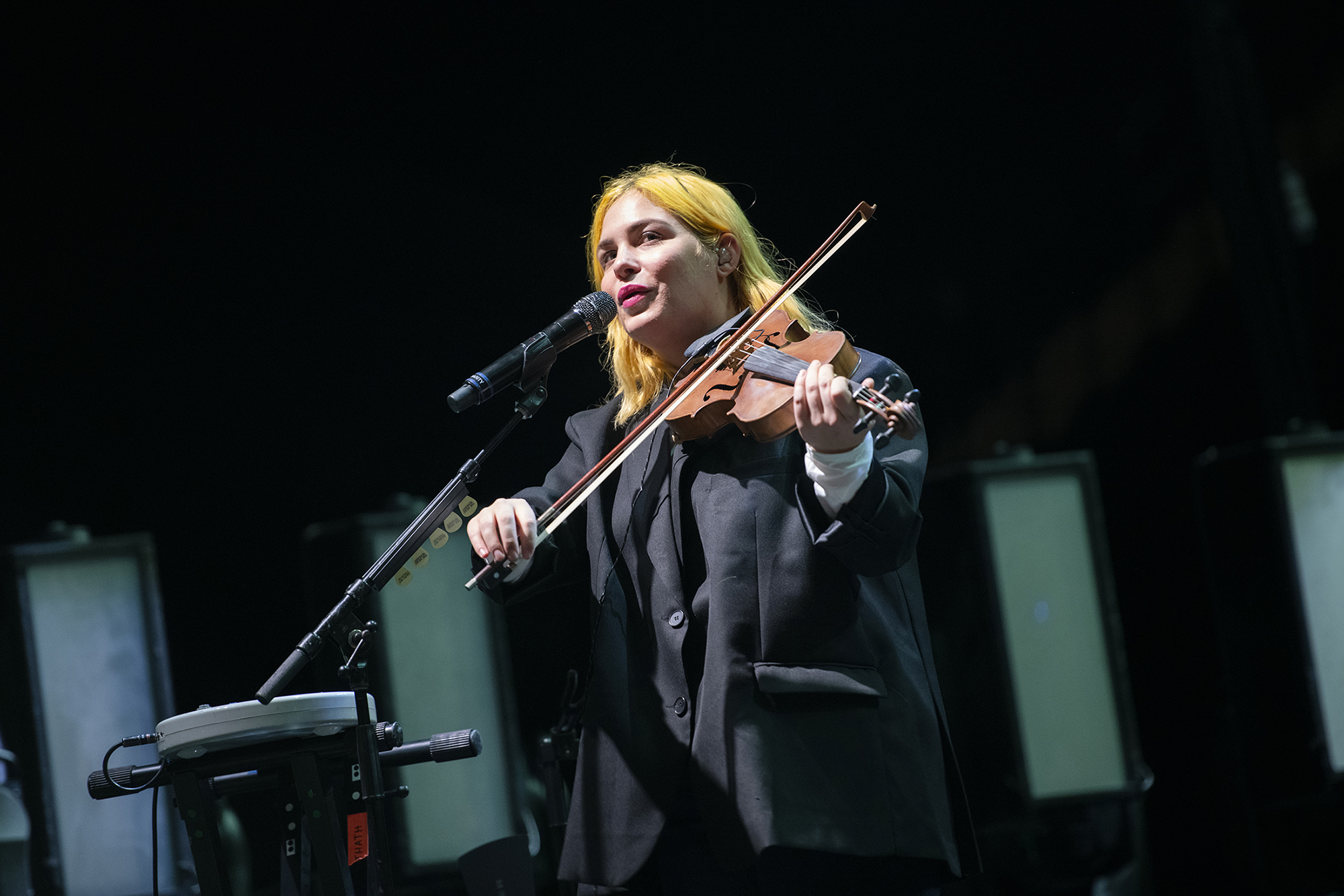 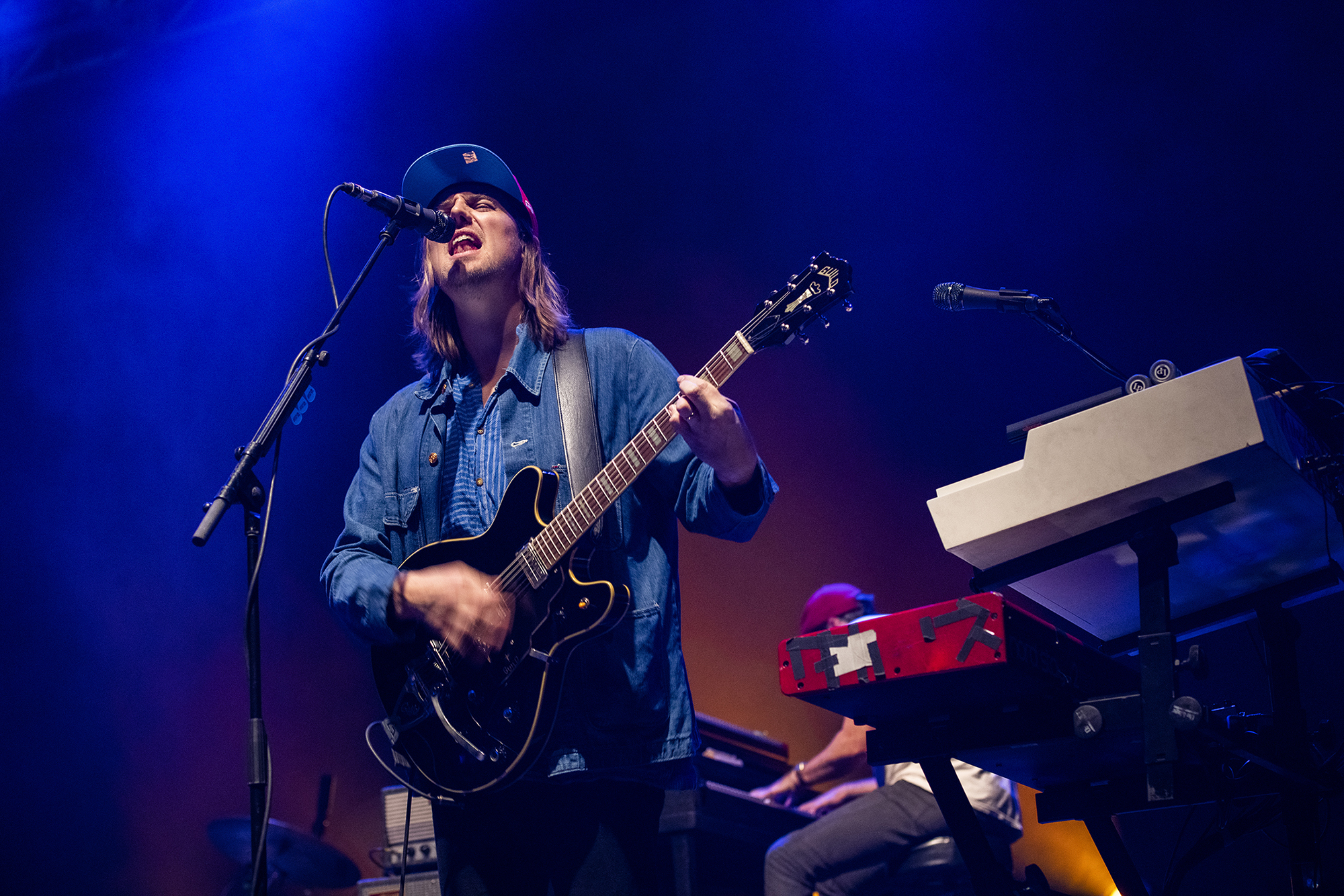 Next up was The Head and the Heart. The indie-folk stars had the Golden 1 Center singing along with favorites like “All We Ever Knew” and “Missed Connection.” Like all the bands on the bill, The Head and the Heart were in top form, and the stellar sound in the Golden 1 Center brought each of the six band members’ parts out in perfect balance. The group clearly reveled in the large and enthusiastic crowd, at one point successfully encouraging the audience to create its own light display, igniting the flashlights on their phones and filling the stadium with hundreds of small points of light. 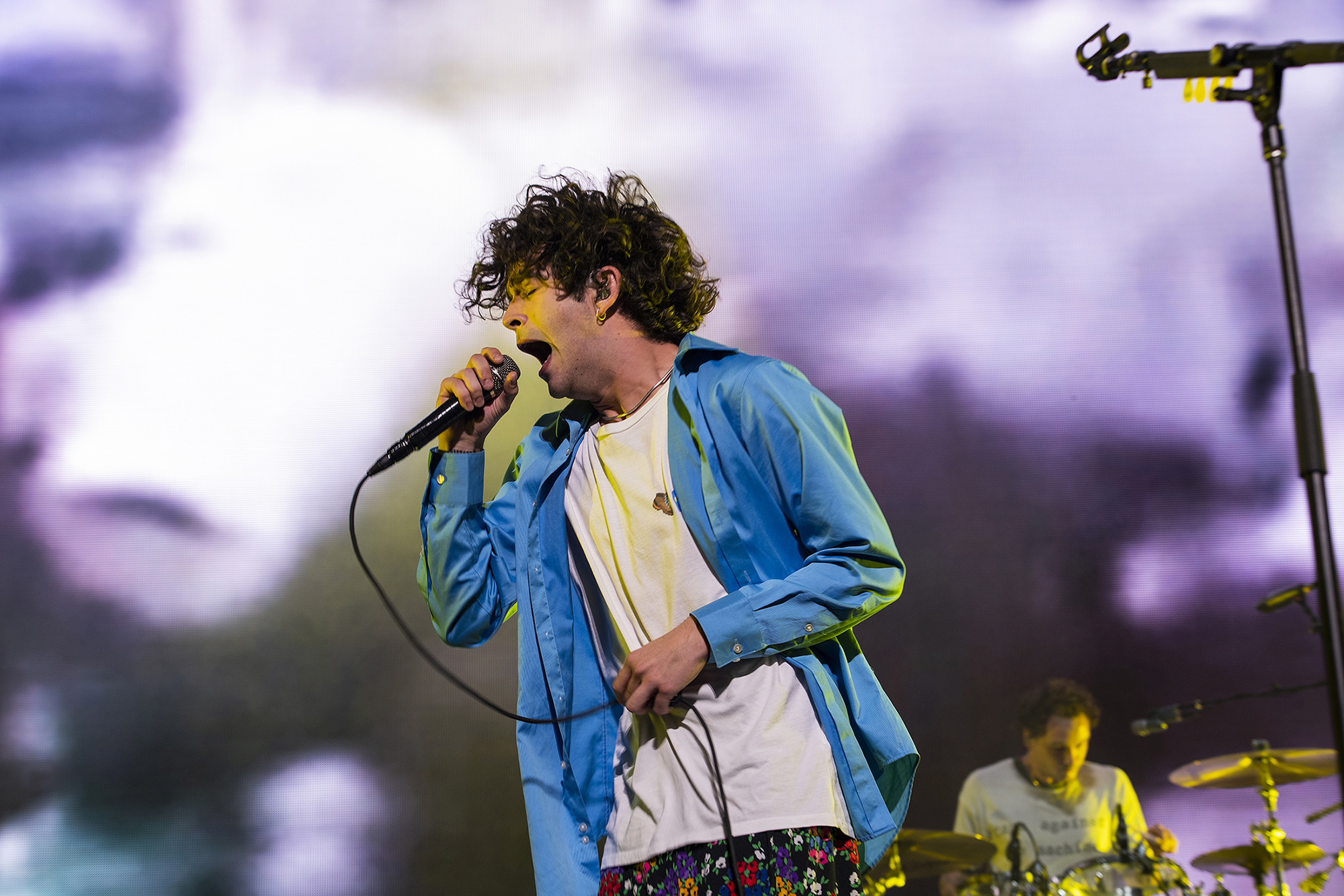 Though the night was already filled with more than enough amazing bands to keep concertgoers happy all the way until next Thanksgiving, it was The 1975 that folks really came to see. The ranks of the Golden 1 stadium seats had been steadily filling up as the time got closer to the headlining act.

The 1975 started off demanding the audience to “Wake up, wake up, wake up,” with “People,” their rip-roaring late summer single, but the crowd was already up and ready. Vocalist Matt Healy cut a stylish figure in a floral skirt, commanding the stage with great energy.

The band was supported throughout their set by a pair of talented back-up dancers. 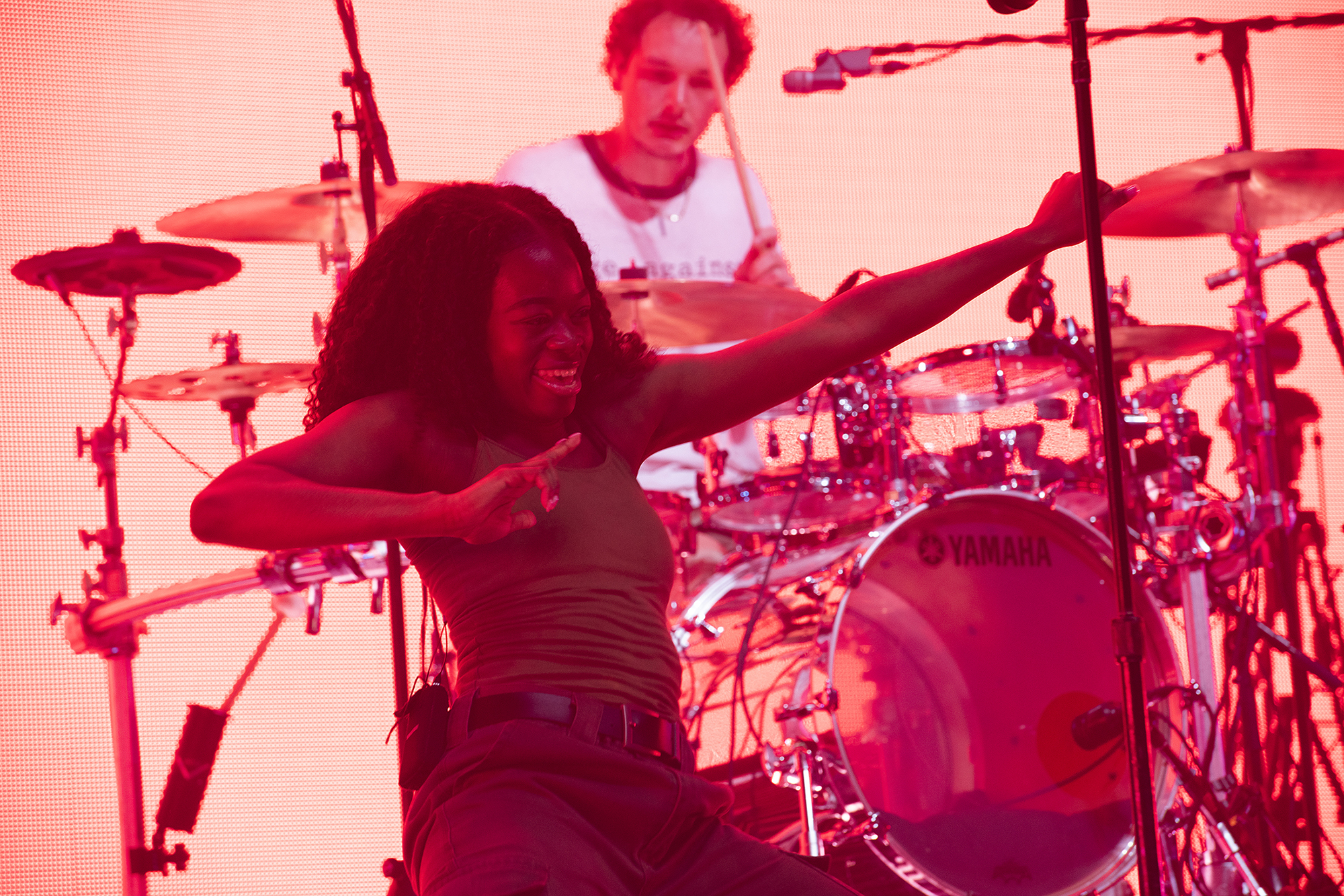 The 1975 followed up with another high-energy track, “Give Yourself a Try,” and then rested a bit with the mellower “TOOTIMETOOTIMETOOTIME,” before switching up the mood again with the gospel-infused “Sincerity Is Scary.”

A highlight of the set came toward its middle, during a powerful rendition of “I Like America and America Likes Me,” when Healy walked over to the lucky fans who had won stageside seats in a Christmas sleigh and climbed in with them, to big cheers from the crowd. After the energetic performance, a stagehand walked out with an already lit cigarette and placed it in Healy’s outstretched hand, all without missing a beat of Healy’s introduction to the next song, “Somebody Else.”

It was a strong set all around, chock full of favorites. The night ended on a high note, with the infectious and danceable hit, “The Sound.”

Fans left with smiles on their faces, already looking forward to next year’s Electric Christmas. 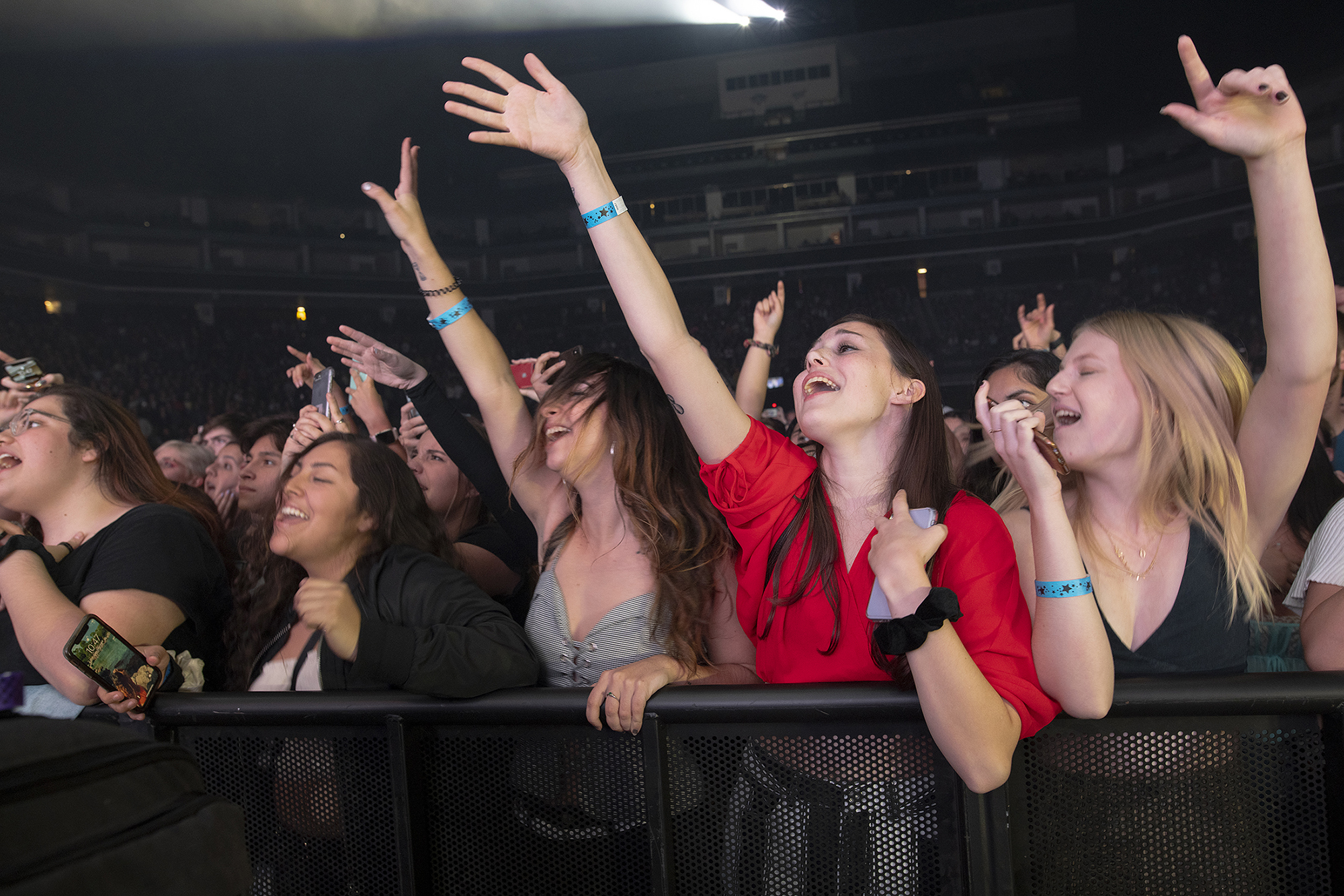