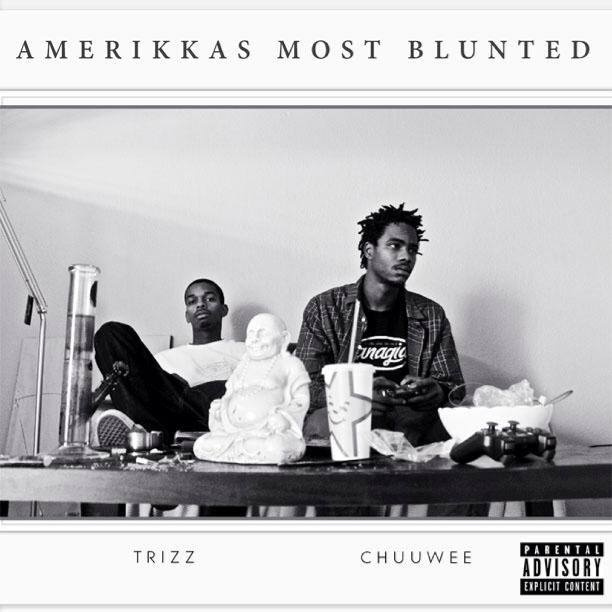 Chuuwee, one of Sacramento’s most prolific MCs, has teamed up with a couple Southern California up-and-comers (rapper Trizz and producer AC3) to drop AmeriKKas Most Blunted, a solid full-length album that is a stoner’s dream. AMB is available now through iTunes with physical copies available for order at Allchucaneat.com or Therealtrizz.com.

“Trizz is cool to work with because like me he’s just down to get work in,” Chuuwee recently told Submerge. “We came together with a few ideas and knocked ‘em out best we could, got all our resources together and things went smooth.”

Although Trizz had worked with beatmaker Ac3 many times in the past (Ac3 produced his last few projects and, fun fact, is also currently working on Brotha Lynch Hung’s upcoming album Shooters), Chuuwee had never worked with him.

“Ac3 has various types of sounds and none of them sound like he’s ‘trying to make this kind of sound,’” Chuuwee said. “He’s authentically a dope ass producer. He catered to whatever vibe we were feeling during the sessions, which is always best to have with a producer.”

AmeriKKas Most Blunted is NSFW (unless you work in a cool ass office like we do!) and as the album cover suggests, contains explicit content, but that’s one reason why we like it so damn much. It’s some straight up classic West Coast stoner rap shit. “We wanted the vibe of straight up smoked out, chilling in the whip or at home, just feeling good and enjoying music. We wanted musically a good vibe for good weed,” Chuuwee said.

As of press time Chuuwee didn’t have any upcoming shows in the Sacramento area confirmed, but mentioned he was working on a couple. He does, however, have a ridiculous amount of new music coming out in 2014. “I think I’m finally ready to give the people a studio album,” he said. “But for the most part I’m dropping Cool World, The Chuuwee Channel, The South Sac Mack, 3rd Coastin and Be Cool 2.”

UPDATE: Chuuwee will perform at Harlow’s on Friday, April 18 with fellow Sacramento MC C-Plus. Also on the bill is P3tro and DJ Cos The Kid. Doors open at 9:30 p.m.