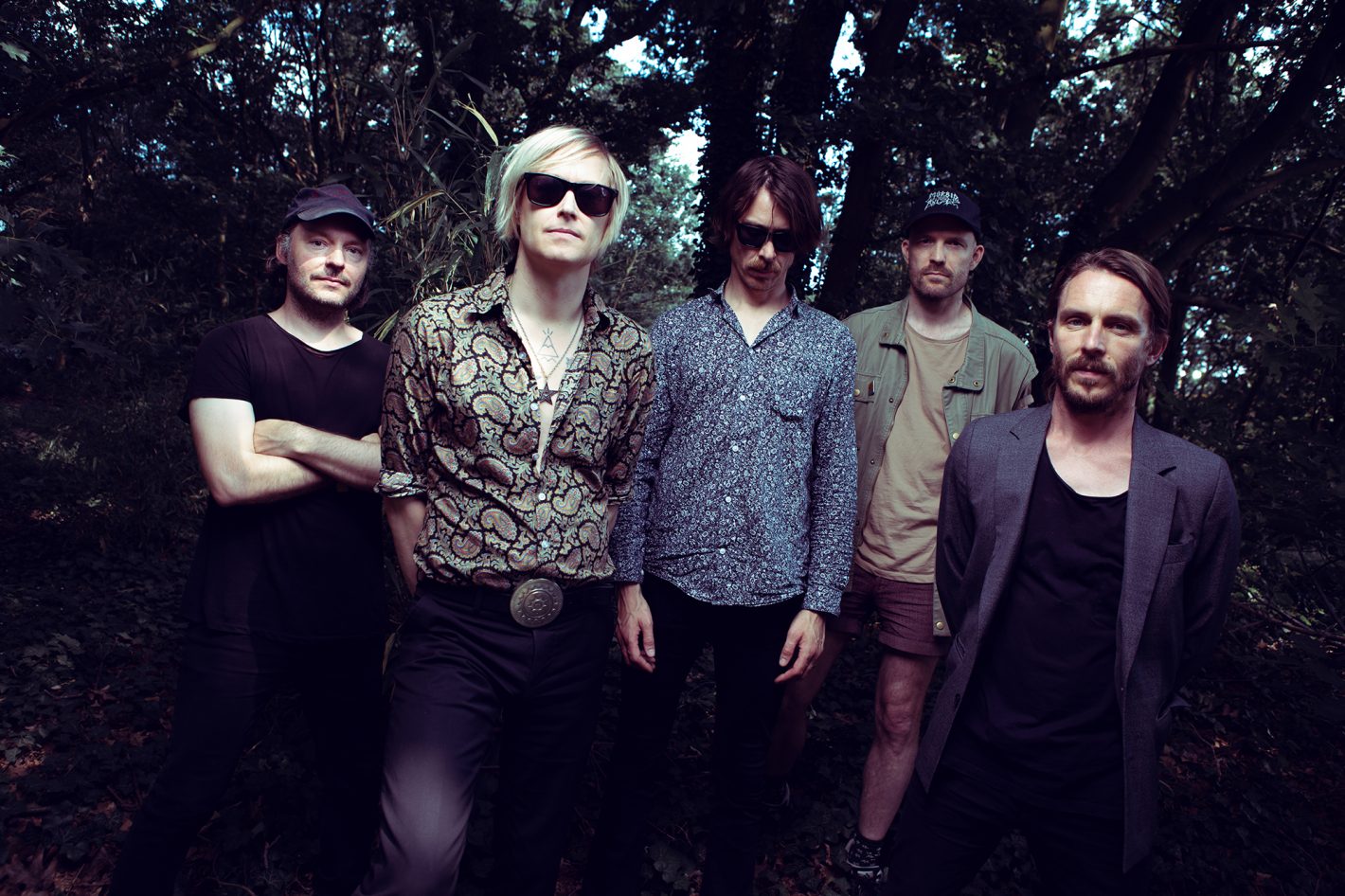 When Swedish hardcore punks Refused broke up in infamous fashion in 1998, the world was a very different place. The President of the United States was being impea … Oh, wait. There were major tensions in the Middle East, culminating with a covert bombing operation in Iraq … Yeeeeah, OK. Capitalism was running rampant then, with income inequality posing serious threats to … Ack, never mind! The more things change, it seems, the more they stay the same. And while the staunchly anti-capitalistic bent of Refused’s muses continues to flow as freely from the band as forty-somethings as it did when they were in their twenties, the world seems like it might be more readymade (read: pissed off) to actually hear a band as incendiary as the hardcore legends.

Following a surprising reunion (given that the band’s guitarist Kristofer Steen actually produced a documentary following their breakup titled, Refused Are Fucking Dead) in 2012 to perform at that cash-cow romp in the desert, Coachella, the old experimental synergies that percolated during Refused’s initial run from 1991–‘98 proved too enticing to ignore. Random riffs lead to more refined rehearsals for new music, and each band members’ continued multi-project regimen (check out AC4 or INVSN!) yielded studio time to record their follow-up to the now-legendary, self-fulfilling prophecy of The Shape of Punk to Come with the slick Freedom, a record that divided some core fans due to its more polished patina. On their new record, War Music, Refused frontman Dennis Lyxzén explained the natural necessity for the band to return to their more radical past, as heard on their mid-‘90s classics This Just Might Be the Truth or Songs to Fan the Flames of Discontent.

“It felt a lot like, oh shit, we’re going a little bit back to the roots, but we’re still trying new things,” said Lyxzén. “There’s always going to be a reaction to everything you do, and that’s what [War Music is]. We created Freedom a certain way, and we thought the next one needed to be created in a very, very different way.”

War Music, in turn, is a seething manifesto that barks against the evils of a world at war with itself in so many ways. Replete with heavy hardcore breakdowns and Lyxzén’s fuming screeches, Refused’s odd-timed riffage sounds ravenous on songs with titles like “Economy of Death,” “Violent Reaction” and “I Wanna Watch the World Burn.” It’s the type of album that gives you pause to realize how many of us have decided to take action in some way or another to rebel, in whatever form that takes, and is a more-than fitting edition to the Refused catalog.

Submerge spoke with Lyxzén prior to Refused’s current U.S. tour, and discussed getting the band back together, their new record, and how it’s harder to get Americans to pay attention. 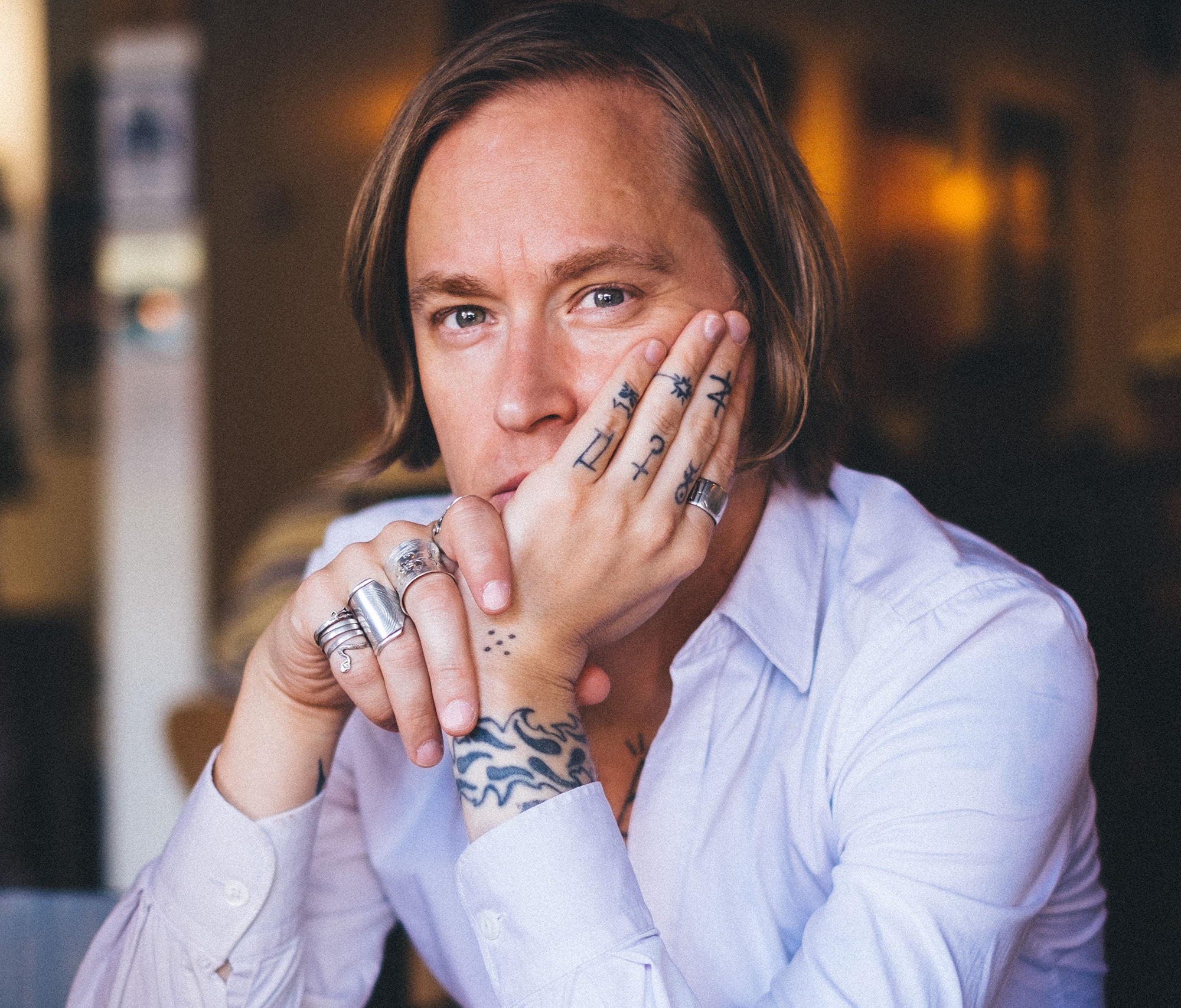 It’s been a few years into Refused having become a full-fledged band again. How have you and the rest of the band been enjoying this belated success?
It’s been really nice. It’s not as sexy to talk about things being nice and there being stability in the band, but that’s what it’s been. You’re a starving artist your whole life and then something weird happens and 14 years later you get to reap the benefits of something you did a long time ago. It’s a bit weird, but it’s been a good couple years. Since the reunion, we’ve had a lot of fun together and played some fantastic shows. It’s pretty cool how people appreciate what we do now. We don’t take that for granted, and I don’t take that for granted, for sure, because I’ve played in a lot of bands, and some bands people don’t care about. Some bands people really care about.

Refused is in a much better position now, exposure-wise, than you were during the band’s initial run. Have you approached songwriting or how you operate together any differently now than you did then, considering that during your long breakup, you’d become something of hardcore legends and had posthumously found a wider audience?
No, not really. You still have to dig into the art the way you always have. What’s important to you? How do we approach songwriting? How do we approach our band as the entity that it is. And I don’t think that changed that much. It’s kind of a lame word, but it’s just been more focused. There are bands that are really good at social media and getting that type of exposure out—we’re not one of those bands. We’re a band that has this old school idea that the music should do the work for you. The ideas that we have and the music, that’s what we’re about. In this climate, that’s a bit weird, but that’s how we approach it.

I was just listening to This Just Might Be the Truth, and I was thinking there’s a lot on the new record, War Music, that harkens back to that super aggressive, more pissed-off vibe. Do you find it’s been more difficult or easier from when you were younger to conceptualize and write and perform songs that aggressive?
When we were young, that all came very naturally, very organically. The sort of madness and frenzy of especially a record like Songs to Fan the Flames of Discontent that’s so relentless, that comes kind of naturally because that’s where your head’s at. It’s a little bit different when you create these songs when you’re older, because you have to tap into that certain energy. But early on when we wrote this record, one of the things we really talked about was that we wanted to make a record that had some of that vibe to it—that really relentless propulsion—and really hammer the point of these songs, the meaning and the message and the lyrics. I think it’s interesting because a lot of bands as they progress and grow older, the edges are a bit softer. I think we succeeded in making a record that’s a really aggressive, violent record, but it doesn’t feel like a throwback. Because it would be easy to make a record that just sounds like the ‘90s; this doesn’t sound like a ‘90s record, but it has that relentless energy, and I think that sometimes that can be a hard thing to balance. We’re not a retro band and we’re not a nostalgia band; we’re not a band who looks to the past and thinks, “I wish it could be like that.” We’re a very forward-moving band, but we were able to use some of that energy and some of that madness, and especially with the political landscape of today, it’s kind of easy to tap into that type of violence.

You tour all over the world; do you see certain regions/countries responding more to your music and message than others?
There are definitely parts of the world where the things we say are closer to how people see the world. France is a country where people are really good at revolutions [laughs]. When we talk about these things in France, people are like, “Yeah, yeah, we know.” To a certain extent, it’s the same when you go to Spain and Italy. A lot of these countries had fascist governments; a lot of these countries had a really radical class struggle, and they’re really radical thinkers. I would say that America is the country where we have to explain ourselves the most. It’s a country where we go and we talk about these things, and—I don’t wanna be that guy—but I feel that people don’t really understand what we talk about a lot of times, and there’s a lot of misunderstanding about what we represent, and a lot of misunderstanding about terminology. The interesting thing is that in the ‘90s, we were part of a very insular, isolated scene. The hardcore punk scene is a small world, and most people agree on the things we talk about. The Refused of today, we play a type of hardcore music I guess, but as a band, we are kind of in the stratosphere of just being a rock band to a lot of people. A lot of these people, if they would have seen us play in the ‘90s, would have looked at us like, “These guys are fucking nuts.” But a lot of the stuff that we’re saying today resonates because of what’s happening with capitalism in the world. We’re in a place as a band where a lot of the stuff we’re saying makes sense to a lot of people [today].

Is it a situation in the States where you go beyond playing the show and discussing issues between songs? Are you talking to people after shows to reiterate points or are people asking you more what you’re about after shows here?
Yeah, that happens. But I will also say that the social media climate of being angry, it’s mostly Americans who say, “They say they’re not capitalists, but then they sell T-shirts.” But I think a lot of that has to do with—and this is not to put people down—but I think it has to do with it’s your opinion, and you live it in an ever-changing political landscape, where political fear is something you learn in school, and if you live in America your entire life, you live under the same sort of governing or the same sort of system for the past 150 years, basically. So I think there’s a discrepancy about what people know and what they think they know about politics, and I think that is a big thing. I try to once in a while go into conversations, but going into conversations with angry people online … oof [laughs]. I mean, a lot of people are frustrated about their lives, and they’re frustrated about the world they live in. They need somewhere to put their frustration. Some days it’s Refused; another day it’s another band or a person or politician. There’s a lot of anger in people, and with social media, there’s a way for people to be angry, and to just put their fucking anger out into the world. Being the outspoken radical political band that we are, we get to take the brunt of that, which is also fine. No one would come out with a record called War Music and songs like “Economy of Death” and expect everyone to be all thumbs up. I would be a bit worried.

You want a little bit of the other side.
Yeah, you want some of the haters! Sometimes, on the best of days, that sparks a conversation. You need conversation; you need communication. In that sense, it’s good there’s some haters. And it means we’re upsetting people. Good art should always make some people uncomfortable. It should always push the boundaries of what people perceive of the world.

See Refused live in Sacramento when they play Ace of Spades (1417 R St.) on Sunday, March 8. Also performing will be Youth Code and Metz. Doors open at 7 p.m. Tickets are $27. Go to Aceofspadessac.com for more info or to purchase tickets online … and get cracking, because this is sure to sell out!