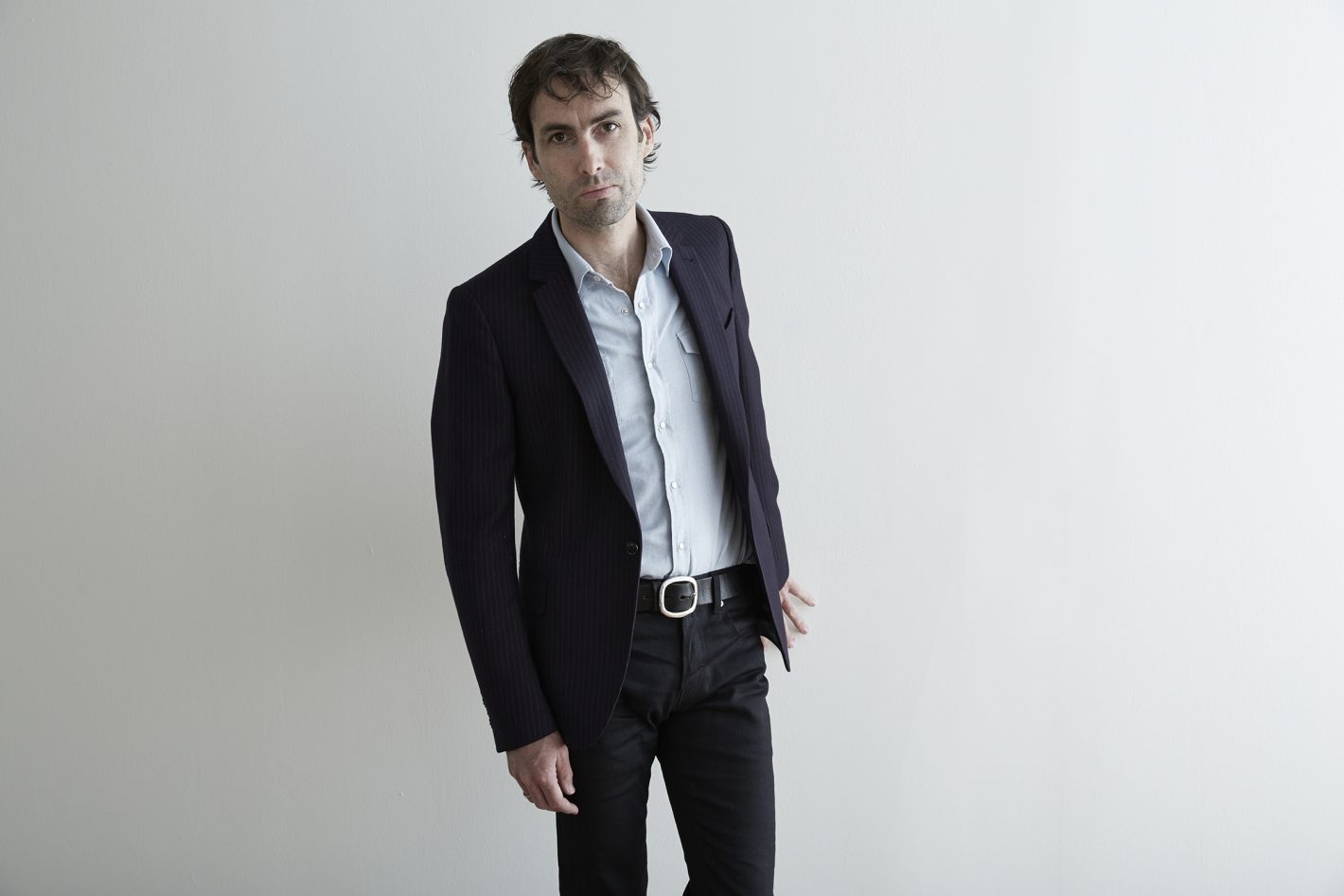 The first time I saw Andrew Bird live onstage was at the debut Wanderlust Festival up in Squaw Valley, 2009. He’d flown in for the gig from Detroit or Milwaukee, or some damned place, and the airline had lost his luggage, which of course included all of his gear aside from the trusty violin. Borrowing a loop pedal from another band, he proceeded to put on a virtuosic display of contemplative musical brilliance, bowing, plucking, lilting and whistling his way to the ultimate sonic setting amid a backdrop of cascading summertime peaks and valleys. It was at that moment I concluded that Andrew Bird was, in fact, a wizard.

And the contents of his lengthy discography will attest to as much. Be it the amalgamated beauty of Weather Systems or the poetic instrumental scores of his latest endeavor, the Echolocations series, Andrew Wegman Bird has a musicality flowing through him that few contemporary artists of any ilk can match. In 2015, Bird released Echolocations: Canyon, the first of five instrumental, improvisational, location-based recording sessions, with River, the second in the series, and City, Lake and Forest planned to follow. And where Canyon found Bird in Coyote Gulch, Utah, River, released Oct. 6 on Wegawam Music, now finds him literally wading in the quasi-trickle of the Los Angeles River. But madness to some is method to others, and in the case of Andrew Bird, it’s yet another wondrous waving of his wizardly wand. 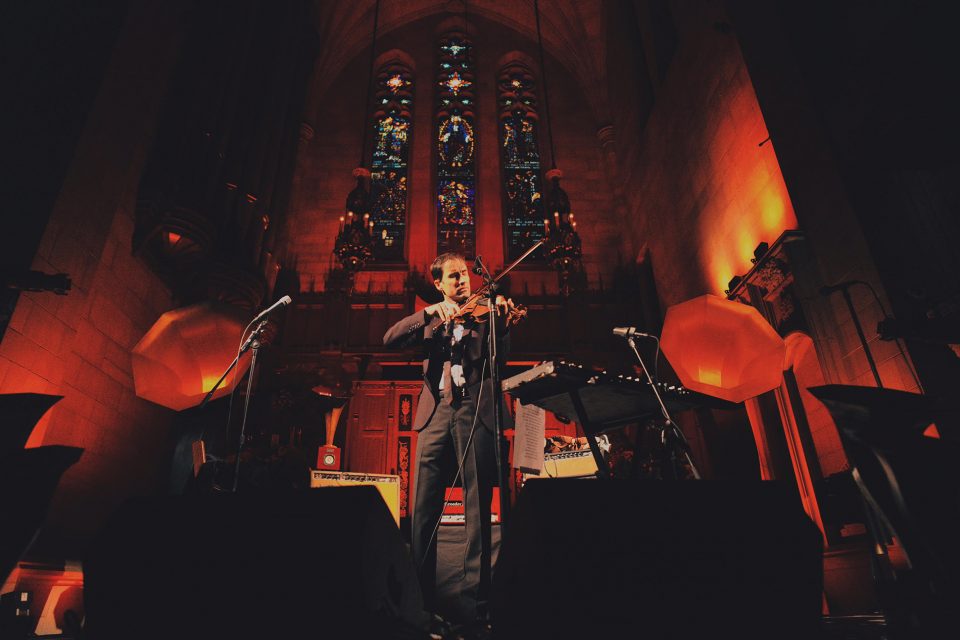 As a classically trained musician, do you have to consciously tell that part of your mind to back off when improvising? Where does it separate?
I never let that classical mindset get a foothold. I learned classical music by sheer exposure; I was not a particularly model student. I was always coming from the intuitive approach. I barely learned to read music, and once I did, I didn’t need to because my ear could learn it faster than I could sight read. I was playing in bands from 18, 19 [years old]; playing in punk bands, ska bands; playing Irish music where you have to break up the phrase and be your own drummer. So it was never such a stretch for me.

The new record is beautiful, and I’m fascinated by your choosing the L.A. River under the Hyperion Bridge of all things. It’s something I’ve always kind of thought of as environmentally gross. And now you’ve set this score to it. What was it that drew you to strike that type of juxtaposition?
It was somewhat a matter of proximity and convenience … I ride my bike down there a lot. I was noticing that the river has actually gotten a lot nicer and cleaner; there are tons of unusual birds down there, and it’s not the post-apocalyptic nightmare that it’s known to be.

So it’s not the Terminator 2 motorcycle scene.
It still has a faint smell of ammonia, but other than that the water is actually pretty clean. There’s fish and all these wetlands they put in there. But it is a very odd mix of urban and imposed natural environment. What was interesting to me was the architecture of those two bridges at slightly different angles right next to each other. They have these arches, these ellipses that are somewhat random, and the randomness of nature tends to be good for acoustics. Symmetry—two hard flat walls opposite each other—creates this unnatural, kind of springy sound. But there’s these soaring arches, and I’m standing ankle deep in the water, and even the sound of traffic becomes kind of serene.

What did you notice that was similar and/or different from Canyon, in terms of the cerebral atmosphere?
There’s all sorts of unconscious inferences going on, but I can probably piece it together acoustically. The canyon was more or less silent except for the slight rushing of water, and the walls were incredibly high and sort of leaning in, almost cathedral-like. The first thing I had [to find out] was which note gave me the most, and that was C sharp. So I kept playing that note and letting it ring, and that became the tonal center of a lot of the recordings. In the L.A. River, there’s a lot of white noise. So [I was] fighting to find what frequencies were getting around that white noise. The real challenge is to stop playing for a minute and let the notes ring out until they’re done, and that determines phrasing, in the temporal sense. But I’m not really thinking so technically; it’s only in retrospect when I’m doing an analyses of it.

Your music has the quality of lending itself to the natural world. Has that always been a part of your day-to-day experience, your observing of nature? Is it part of who you are?
You might be able to say that. Where I really made the connection between my music and nature was when I moved out to Western Illinois to fix up this barn to live and make music for a few years. It was getting out from under the urban canopy in Chicago and being able to see the horizon, and being able to see a storm come through the valley and pass over you and move on. I’d be making these loops looking out the window and seeing a tree blowing in the wind, and noticing that not only can the environment affect what I decide to play, but I can affect through music the way the environment looks to me … rare moments that kind of make time slow down. And I was interested in that. How can I change the way I perceive time through music?

Are You Serious has a pop streak to it, whereas the Echolocations series has no pop at all. Is that kind of a counterbalance for you? Does it even out your songwriting?
It’s a constant challenge, the restraint that’s required to write. Because everything’s in service of the song when you’re making records like Are You Serious. I could cut loose and play a violin solo on “Capsized,” but maybe I shouldn’t. You make these decisions, and they’re usually good decisions to let it be incredibly simple. But I find it infinitely challenging trying to write those three-and-a-half-minute songs that get everybody singing.

But you don’t want to feel repressive, [so] I invent these projects in between those pop records. Almost every time I learn something. Weather Systems was one of those. It wasn’t intended to be a commercial release, really. I find when I’m in that mode of learning and experimenting, I do some of my best work. But if I was always in that mode, I don’t know if it would be as potent. One succeeds because it’s the counterbalance to the other.

Weather Systems is still my favorite Andrew Bird record. Sonically and compositionally, this latest piece has a lot of similarities. Maybe it’s not a coincidence that your experience with nature at the time is reflecting in what you’re doing now.
I have a tremendous amount of trouble in the studio trying to capture my voice. If I’m in a small room with headphones on it’s over. I can’t do it. And maybe that’s what drove me outside. When you’re playing a festival and you can see miles away, your voice shoots up an octave and you’re trying to fill the vast negative space out there with your sound; it pulls all this primal stuff out of you. And when I started playing in the barn with these high-vaulted ceilings [and] a sense of optimism I just played differently. I sing differently. And I thought, “Let’s just take the roof off and see what happens.”

See Andrew Bird live at the Mondavi Center (in Jackson Hall) on the campus of UC Davis on Oct. 22, 2017, at 7 p.m. Tickets can be purchased through Mondaviarts.org. Special note: $1 from each ticket sold will go to benefit Everytown for Gun Safety (Everytown.org).