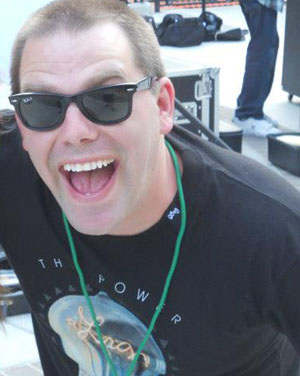 Radio personality and major supporter of local music Andy Hawk has moved his popular Local Licks Live Music Series from Wednesday nights at Powerhouse in Folsom to every other Saturday at Rounders Sports Bar and Grill in Citrus Heights (7433 Greenback Lane). The format of the show has changed a bit, too. What used to be more of a full-on rock show is now being branded as “Local Licks Acoustic Series and Sac Open Mic All-Stars.” Every show will feature a local headliner doing a stripped-down set and a fun open mic session featuring tons of great local musicians and creative themes. For instance, at the next show on Saturday, Feb. 22, 2014, Humble Wolf will be the featured performer and guests for the Foo Fighters-themed (fuck yes!) open mic will be David James from Allinaday, Mark of Defyance, Laith Kaos, Lindsey Pavao and others. The show after that, on Saturday, March 8, 2014, will feature Some Fear None as the main act with guests for the Grunge-themed open mic being local groups Race To The Bottom, Highway 12 and others. Find Rounders on Facebook to check out upcoming guest performers and themes (there are some good ones, like Jonah Matranga on April 5, 2014!) and don’t forget to tune into 98 Rock every Monday at 10 p.m. to hear Hawk’s Local Licks, an hour-long show consisting of all local music.