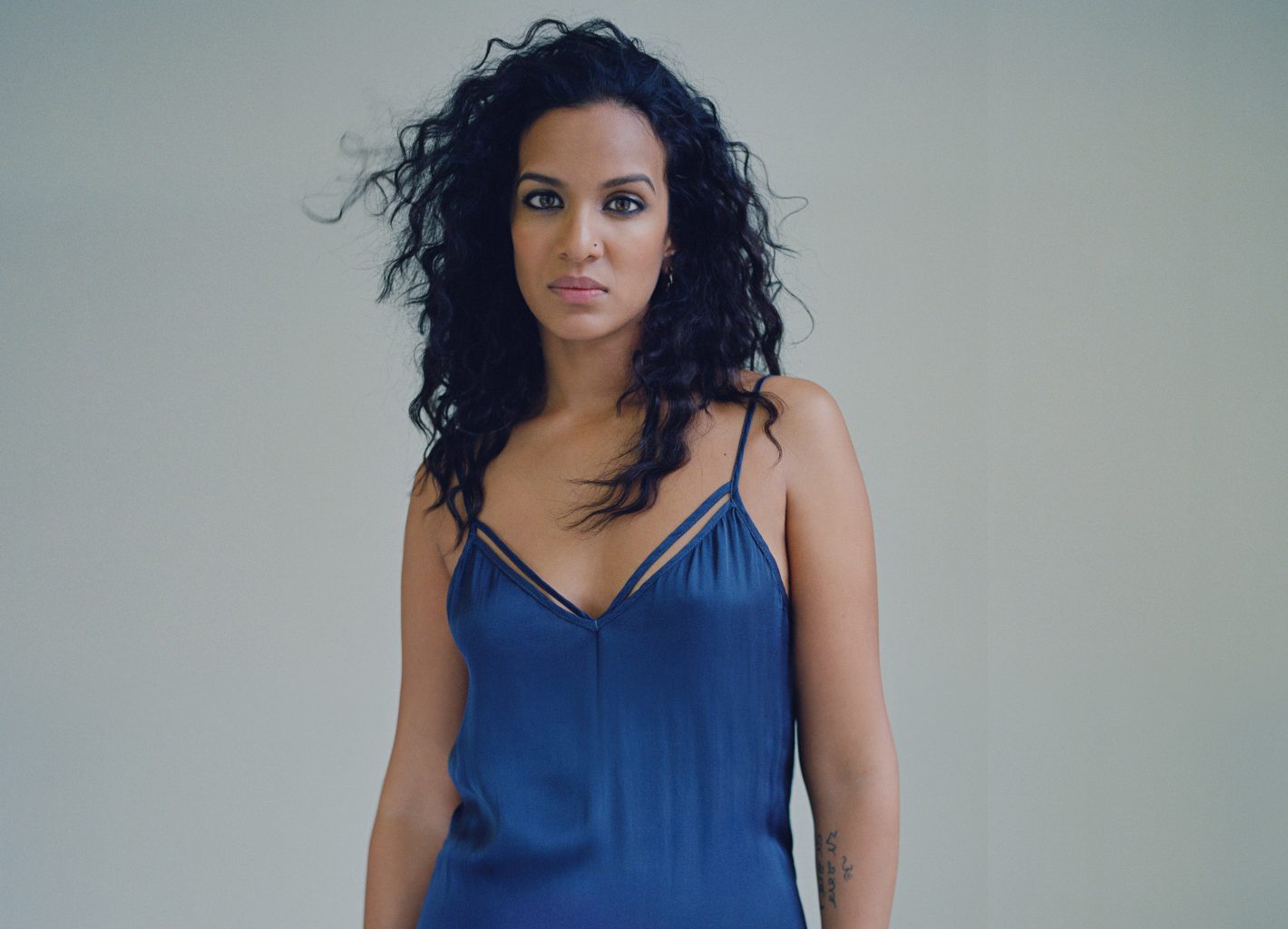 California is protesting. Daily, state and nationwide movements gather in front of the Sacramento Capitol, outside district attorneys’ offices, and on the border with Mexico to voice their support for refugee families entering from the south and from around the world who are trying to survive, and in opposition to the powers that are keeping our neighbors from doing so.

We all communicate our outrage and opportunities for resistance and assistance in ways we know how.

For global sitar phenomenon and activist Anoushka Shankar, it’s through her music.

Shankar is deeply rooted in both the Indian classical music tradition and in progressive activism thanks to her studies from age nine under her father and guru, the late Ravi Shankar, a mentor of George Harrison and collaborator with several world music icons.

Shankar made her professional debut as a classical sitarist at 13. Since launching her career more than 20 years ago, she has led cross-cultural collaborations with artists such as Sting, M.I.A., Herbie Hancock, Pepe Habichuela, Karsh Kale, Rodrigo y Gabriela and Joshua Bell, demonstrating the versatility of the sitar across musical genres.

As an international solo sitarist, she has performed on the world’s most distinguished stages such as Carnegie Hall (NYC), Barbican Centre (London), Sydney Opera House, Philharmonie (Paris) and San Francisco Opera House. Her latest U.S. tour features songs from her album Land of Gold, written in response to the refugee crisis, and will include stops at California WorldFest in Grass Valley and the Stern Grove Festival in San Francisco.

Shankar says the idea behind Land of Gold originated in the context of the humanitarian plight of refugees and coincided with the birth of her second child.

“I was deeply troubled by the intense contrast between my ability to provide for my baby, and others who desperately wanted to provide the same security for their children but were unable to do so,” Shankar says in her description of the album.

This is a protest album, in a passionate, proactive sense.

“There is a possibility of hitting people with music and compassion and hopefully getting them to think about something they can do,” she says by phone from her home in London as she describes the purpose of her latest tour.

In partnership with nonprofit organization Help Refugees, Shankar is raising funds for humanitarian relief efforts with headlining performances across the country.

Land of Gold explores the stories of survivors and refugees with 11 original compositions featuring female activists including global hip-hop star M.I.A. on “Jump In (Cross the Line)” and actress Vanessa Redgrave reading a Pavana Reddy poem on “Remain the Sea.” German singer Alev Lenz lends vocals to the title track, and the inspirational Girls for Equality children’s choir closes out the album on “Reunion.”

“Thematically, I wanted to integrate the authority of the female voice, and the drive for women to establish personal autonomy and dignity in situations where the female perspective is often, sometimes forcibly, subdued,” Shankar says of the album.

Additional guest artists on Land of Gold include jazz bassist Larry Grenadier, renowned dancer Akram Khan, cellist Caroline Dale and electronic producer Matt Robertson. Shankar tours with two of the album’s guest artists, including Hang percussionist and electronic drummer Manu Delago (Björk) and master player of the Indian reed instrument the shehnai, Sanjeev Shankar, who was a student of her late father. Tom Farmer is on double bass and keyboards.

“It is very tender, and has a lot of space in it, which is different for me because by nature I’m a bit more busy as a musician,” she says. “On the other end of the spectrum, ‘Crossing the Rubicon’ has the darkest moments on the album as it gets into what the journey for a refugee is like.”

For those who have never heard Indian classical music, or some of the instruments on stage, Shankar notes that the key is more in the story. For years, she has talked about the sitar as a great orator that guides stories with different emotions, textures and ideas. 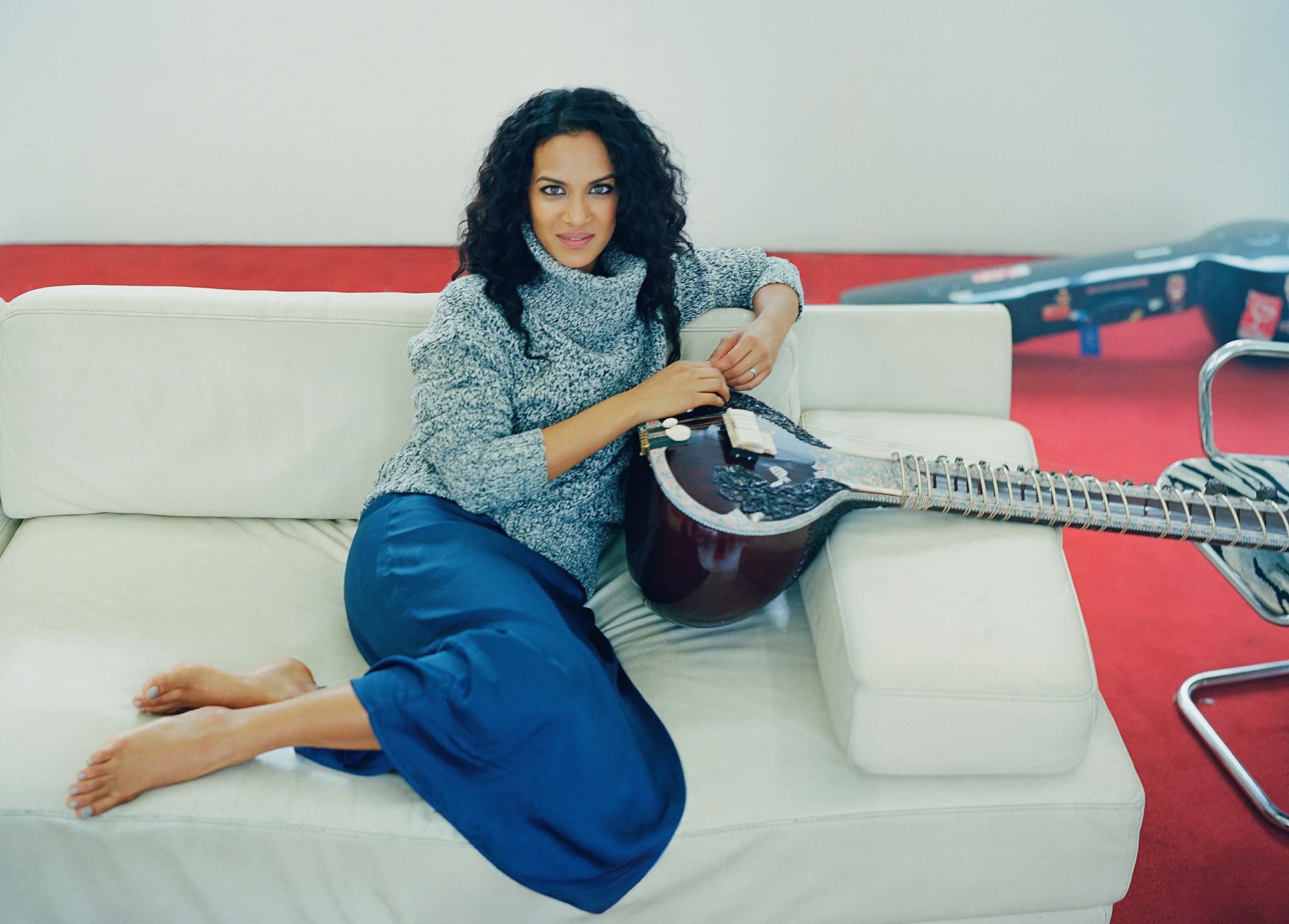 “In the context of Indian classical music—though this show is not an Indian classical music performance but it is where I come from—it appeals to people who like to listen to new music, have an open ear and want to take the time to go on a journey,” she says. “It’s definitely not pop music and it takes time to hear the story.”

Shankar goes deeper into why new sounds are also important to the greater conversation she is trying to have with her audience.

“A show like this is very emblematic of the way we need to change our way of thinking,” she says. “To be consistently viewing people as ‘other’ makes it easy to shut down our empathy, but we must remember we are all the same.”

Shankar continues, “I am not one to say how we can solve this, but we are all citizens and we all have a vote. I use my voice and my place in a concert setting, and I hope it inspires others to do more in their own land, whether that is a vote or time or money.”

Artists, celebrities and civil rights activists are often at the forefront of social justice movements and there is a resurgence of these groups to call attention to the crises we face today.

Shankar has a personal history of allowing her music to be a space where she responds to world events, but she says she also sees increased visibility of artists speaking up at the moment.

Shankar looks forward to bringing her movement and message to California, having lived in the southern part of the state for more than 18 years.

“I always feel very heartwarmed when I come back to California,” she says.

“It’s a big part of my life. It’s a piece of heaven—a place where I can take care of myself.”

Anoushka Shankar will perform at California WorldFest on Friday, July 13, and Saturday, July 14. The festival will run from July 12–15, 2018 at the Nevada County Fairgrounds in Grass Valley. For more info and a full lineup, which also includes Galactic, Trevor Hall, Samantha Fish and many others, go to Worldfest.net. Learn more about albums and upcoming shows, and purchase tickets at Anoushkashankar.com.