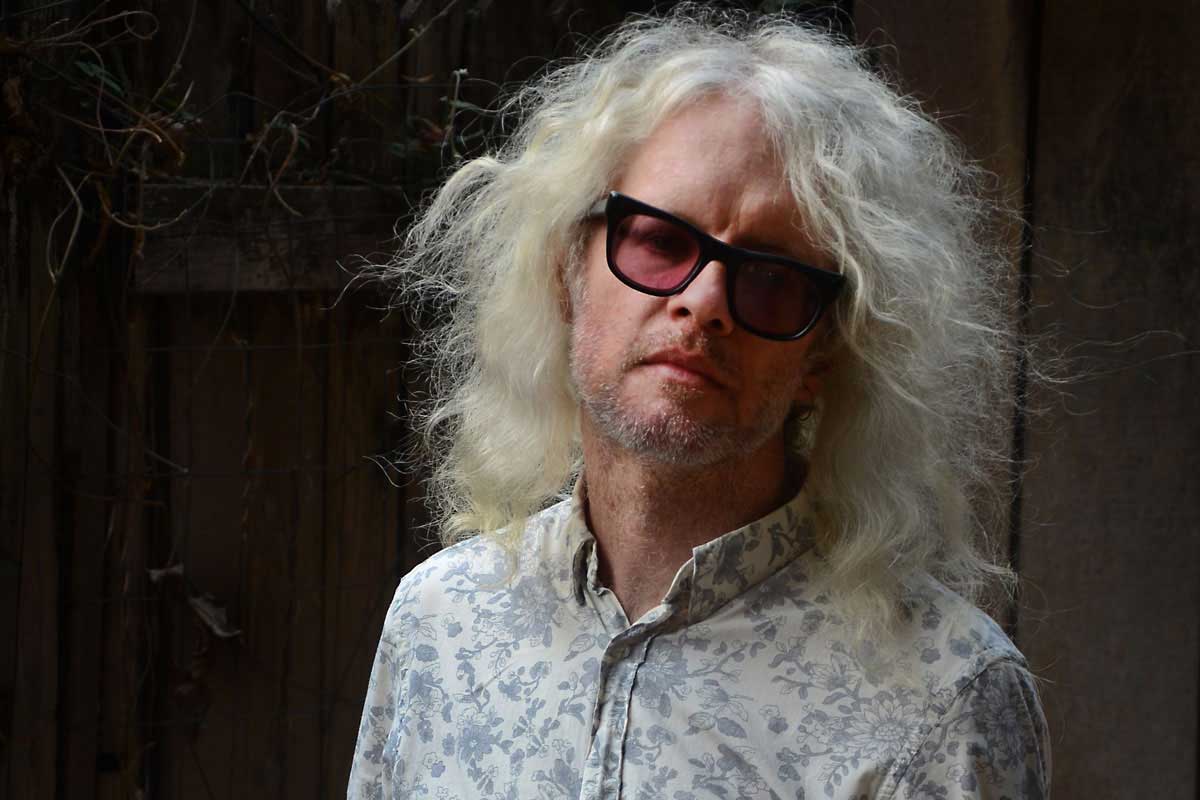 When your uncle is a professional magician and bestows upon you his magic kit after hanging up his top hat, it’s only natural that your first gig as a performer involves magic. For the quintessential Sacramento musician, Anton Barbeau, this is exactly how he first landed on the stage and caught the performance bug.

“My first performance, my first gig, was doing magic in school—I was 10 or something like that. As a magician I was probably reasonably mediocre but I loved performing, so that was my beginning as a performer was doing magic,” he chuckles.

While Barbeau didn’t take his magic act to Las Vegas, his need to create magic never abated. Instead, the artist plunged headfirst into the local musical pond and has been swimming there ever since. To say that the singer, songwriter and multi-instrumentalist’s work is prolific would be a gross understatement. Come on, the guy has put out more than 20 recordings in the last 20 years—some years putting out as many as three albums during a single trip around the sun. But his latest musical effort might just prove to the world that his work is truly magical.

Collaborating via the Internet and email, artists from across the globe contributed to the musical process of creating Magic Act without setting foot into the studio with Barbeau. The process was one in which Barbeau himself didn’t necessarily think would pan out into musical gold, but the end results even surprised him.

“Tracks were coming in from Italy and Spain and all over the world. It’s kind of exciting because it all fit together—it does work, which surprises me,” he explains. “I always like the feeling of having a band or people that you’re in the same room with and there’s the chemistry but in this case some of the chemistry seemed to happen from around the globe, electronically and it still fits.”

As a born-and-bred Sacramento artist, Barbeau’s local roots are deep—as the prodigal son of the local music scene his artistic presence still resonates. And while he calls Berlin home now, he makes a concerted effort to return to those roots, often finding himself back in his room at his father’s house toying around with new ideas on his old drum kit and other instruments laying around before heading out to reconnect with friends, family and old bandmates.

“It’s funny because I’ve been back recently, and so I’m hoping the prodigal son shtick still works. I’ve got a really good band in Sacramento and it’s really fun playing with these guys,” he says. “To be playing songs off of the new record will be good—I do feel appreciated when I’m back, in California in general, it’s nice to come home. There are people who know my catalog, there are people who know songs of mine from 10,000 years ago. There’s something gratifying in that.”

Currently, the magician-turned-musician is gearing up to make his way back home with his bag of tricks in tow to play once again for the hometown crowd with a smattering of performances throughout the area with gigs at Luna’s Café and Fox and Goose, but it’s the record release party at Shine on March 12 to celebrate Magic Act that Barbeau is really looking forward to.

“I think the songs are sort of a typical range from me, there’s a handful of the three-minute pop songs with catchy choruses but there’s also sort of a murky, psychedelic middle [section] and I feel it’s a very genuine record for me,” he explains.

The record—much like the artists who collaborated on it from all over the globe—is a collection of songs and ideas that coalesced magically. Some of the pieces of music that landed on the album started out as tracks for other records and some were just sitting on the shelf, collecting dust in Barbeau’s seemingly infinite catalogue of music.

“I’ve made a lot of records and it’s easy, it’s what I do. So with this one, it feels like the songs picked themselves, they chose to be together,” he explains. “It feels like they belong with the rest of the songs. It’s not often that I make albums where I feel like the album itself tells me what to do. When that happens there’s something magical about that which is nice considering it’s called Magic Act.”

Certainly Barbeau’s long-spanning career is proof of his incredible drive and devotion to making music. He’s been making music longer than most of the hottest local bands have been jamming. His music is a powerful mix of pop and psychedelic but it also takes cues from The Beatles and David Bowie. Sure, he’s been bestowed with considerable praise from establishments like the BBC and Spin magazine, and is pretty much beloved by everyone when he comes home to play shows. But even a celebrated artist can appreciate those special moments where the process of making music is truly transcendent.

“Most of the people on this album are people who I’ve worked with before … but a few people [aren’t], like Colin Moulding from XTC. You know, XTC are huge, huge heroes of mine,” he gushes. “To work with Colin was a really thrilling moment—and again that’s a kind of magic, to work with one’s heroes.”

For Barbeau it really is all about the work. From his sanctuary in Berlin, where he spends the majority of his time dreaming up new material, to the frenetic and inspiring energy of the streets and canals that litter the cultural and artistic center of Germany, the mercurial musician is always at work. It’s the only thing he knows how to do, he admits.

“When it really works on another level for me is when things sort of spring out of nowhere or somewhere where you can’t see,” Barbeau says. “I think with this record it feels like that happens a lot, everything feels really inspired even when tracks were sent across the globe through email everything fit. One musician is responding to another musician’s performance, even if they aren’t playing in the same room at the same time—and that’s magic.”

Celebrate the release of Anton Barbeau’s latest album Magic Act March 12, 2016 at Shine, located at 1400 E Street in Sacramento. Barbeau and his band will be joined by Corner Laughers for this all-ages show. $7 cover, 8 p.m. show. If you can’t wait that long, you can catch Barbeau Feb. 27, 2016 at the Fox and Goose (1001 R Street) with Blame the Bishop and The Bobbleheads at 9 p.m. Cover for this 21-and-over show is $5. For more info, check out AntonBarbeau.com 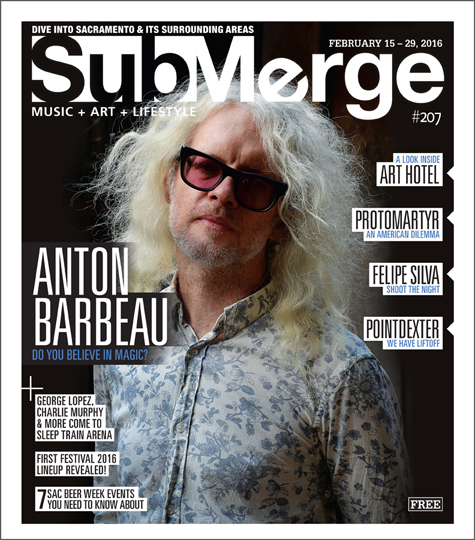