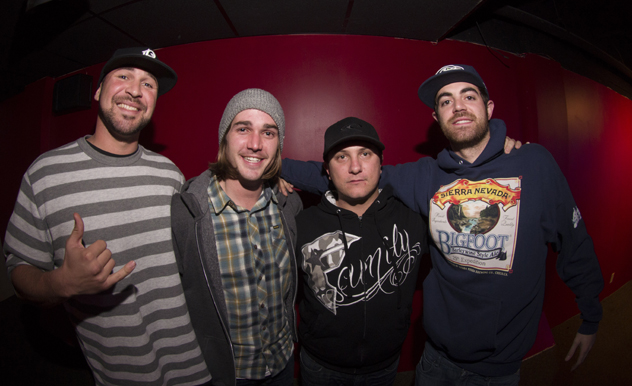 Hometown reggae/rock favorites Arden Park Roots are readying the release of their fourth full-length album titled Burning the Midnight Oil. The new album is 12 tracks total and was recorded and engineered by Joe Johnston at Pus Cavern Studios over the course of three months. Besides featuring guests Andre Fylling on keys and Josh Rosato on percussion, there’s a collaboration with Spice 1 called “The Music” and a cover of “Jolene” by Cake, a song that APR has been playing live for years. “We have been paying tribute to Cake each night with that song for like, seven years,” lead singer Tyler Campbell told Submerge. “They probably have no idea who we are.” The album will drop digitally on iTunes on Sunday, April 20 (how fitting!) with hard copies available at the band’s official Sacramento album release show on Saturday, April 26 at Assembly. Indubious, Riotmaker and Kayasun will open the show. “I believe that this, collectively, is our best work to date,” Campbell said of the new album. “Each member of the band was challenged to his full potential. This album has a super positive vibe and it is a reflection of where we are at in life as individuals and as a team.” If you head to Ardenparkroots.com/tag/write-your-wrongs you can hear a brand new track off the album. Also notable: the album art was done by legendary artist Jimbo Phillips, known for his work with brands like Santa Cruz Skateboards and bands like Slightly Stoopid, Expendables and others. APR is rock solid, easily one of the tightest bands to come out of the region, and I’m thinking it’s likely due to their intensive touring schedule which sees them across the country multiple times a year. “Let’s just say that we have one weekend off…for the rest of the year,” Campbell said. “Our poor van.”