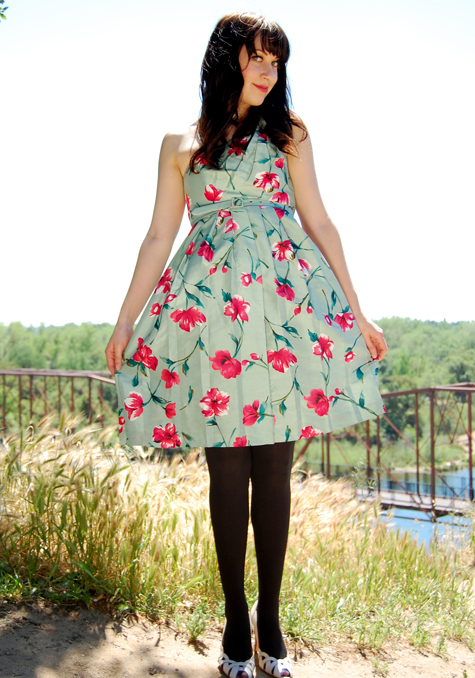 Whether crooning about a budding romance or a broken heart, Autumn Sky’s sparkling melodies resonate long after the final notes die down. Like an intimate conversation, Sky’s confessional narratives are blended with twinkling instrumentals. Her music leaves you with a warm feeling—like reading a book on a rainy day. Most of her songs sparkle with hopefulness and celebration, but there is also the occasional haunting gray lullaby.

Surprisingly, this precocious singer/songwriter is just 20 years old. “I do things early. I don’t really wait around for everyone else,” Sky explains. “I’m not going to be one of those people who sits back and regrets wasting my life on drinking and partying in college.” But, she is looking forward to turning 21 in October—most of the venues she plays are 21-and-over, which means she has to leave the building the second she finishes her set.

Music was something Sky fell into naturally. She already had the name—her first name is actually Autumn, and Sky is her middle name—and she was born into a musical family. “My family is very big and my mom is very musical and she always had us learning instruments or singing,” Sky says. “We were just constantly surrounded by it.”

Being part of a musical family meant early exposure to various instruments, such as the piano at age 6 and the violin at age 12. She had a guitar as a teenager, but admits that it just sat around in her room because she wasn’t motivated enough to learn how to play. “I wanted to go do cool things, and learn the guitar was not one of them. Until it got cool to play guitar, it just sat in my room and looked pretty, like a prop.” Then came the deciding factor: boys. “I went to summer camp and all the cute boys played guitar,” she laughs. “There was a talent show and I was like, I’d better learn a song or something.”

Being home-schooled and graduating at age 17 left Sky with lots of time to spend on herself and figuring out what she wanted to do. “I ended up getting into the scene pretty early on because I had extra time and there wasn’t anything else to do. I had my driver’s license and I had a guitar,” she says.

Like other budding musicians in the Sacramento area, Sky started out playing at local coffee shops and open mic nights and worked her way up to paying gigs. She used to play as many as five nights a week, until someone told her, “slow down, you’re going to kill yourself. You’re not even 20 yet.” Now, she’s discovered that by playing less shows per month in the Sacramento area, she gets a better turnout and a better crowd with much more energy. It also allows her more time for touring and playing in other cities.

Attend one of Sky’s shows and expect a diverse mix of instruments and sounds. Many call her eclectic, to which she modestly responds, “I think I just don’t make up my mind.”

Her shows generally include two to three instruments—usually the guitar, the ukulele and the autoharp. Also in her musical repertoire are piano, organ, tambourine, drums, flute, recorder, accordion and classical violin.

Her sets differ from night to night. “Depending on what the mood is in the set, I’ll be like, ‘well we could use something light and airy.’ So we’ll throw in a ukulele song.” This gives her a lot of control and flexibility, and also ensures that she doesn’t get tired of her sets.

Even though Sky uses a wide array of instruments and writes songs in many different styles, she still strives to create a signature sound. While she is constantly experimenting with the songs she writes at home, these may not make it into her sets. Like some of her favorite musicians—think Regina Spektor and M. Ward—her “sound” has a simple and folk-like appeal. “I really appreciate just plain old stripped-down acoustic songs,” she says. “I really love careful finger-picking and light, jingly sounds accompanying.”

An avid reader, Sky places a lot of emphasis on her lyrics, which are often narratives. “The music I tend to write always tends to be slightly upbeat and happier, hopeful or celebratory. Or at the very least, with a message of goodwill at the end of a very sad song.” Above all, she writes about love in its many forms.

Sky’s EP, Diminutive Petite, was released this past November. The title refers to a line from the Madeline theme song: “She may be teeny-tiny, diminutive petite, but that has never stopped her from being pretty neat.” Her full-length album comes out on April 24, 2009 and is called All Which Isn’t Singing. The title is from the ee cummings poem, “all which isn’t singing is mere talking.”

Someday, she thinks it would be nice to be backed by a band, but for now she is content working as a solo act. “Until you get signed it’s really not practical to go out and hire all these musicians. Unless I’m making enough money to give it back to the musicians, it’s not really worth their while.”

School is still on the back burner, and includes plans to study child development and music therapy. Her little brothers are autistic, and she wants to specialize in autism. But at the moment, music is her main focus. In her optimistic way, she says simply, “I’ve been really blessed lately.” 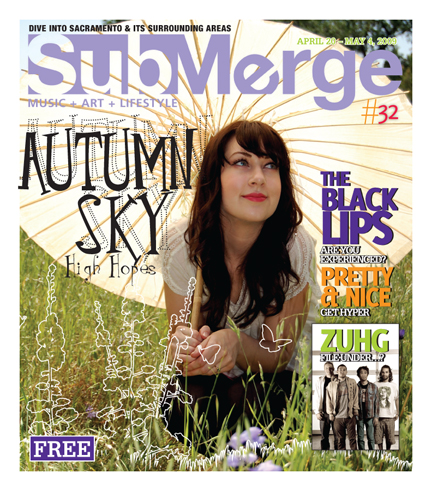