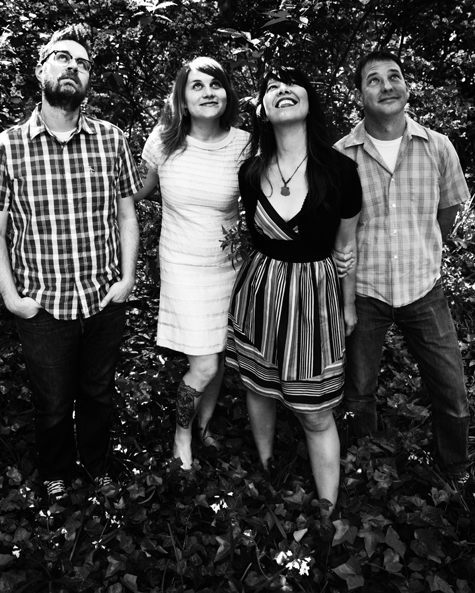 Sacramento indie-pop sensations Baby Grand recently released their fourth album entitled Arts & Leisure on local label Test Pattern Records and after 10 years as a group, it will be their last. Not to worry though, three of the members of Baby Grand (Cory Vick, Gerri White and Tim White) have gone on to form a new group and they are appropriately enough calling themselves Arts & Leisure. “We figured that calling the new band as well as the last Baby Grand record ‘Arts & Leisure’ would be a good way to bridge the two bands together,” Vick recently told Submerge via email. “While the two bands have a similar sound, Arts & Leisure (the band) is something completely new,” he said. Arts & Leisure’s Reverb Nation page (http://www.reverbnation.com/artsleisureca), where you can hear songs from the new group, has a bio that explains their sound further by stating, “While retaining a similar style, Arts & Leisure strips things down to the basics (two guitars, bass and drums), but ups the ante with two singer/songwriters, Gerri White and Becky Cale.” They combine elements of ‘60s pop, ‘70s power pop, ‘80s new wave and ‘90s shoegaze which culminates into “a Buzzcocks meets The Go-Go’s kind of thing.” Catch Arts & Leisure live on Saturday, May 5, 2012 at Bows and Arrows alongside Allen Clapp and His Orchestra and Knock Knock. Show kicks off at 8 p.m., there’s a $5 cover charge and all ages are welcome.