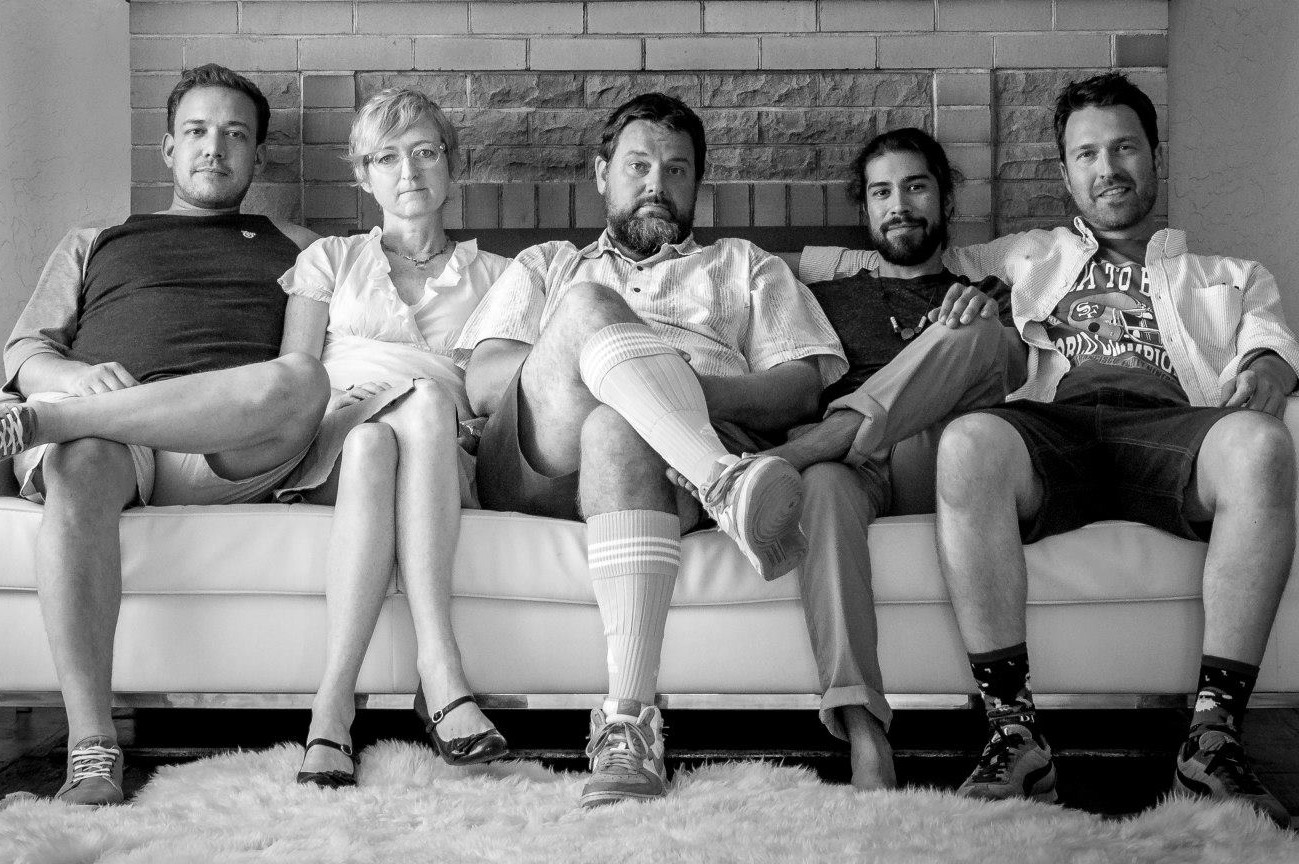 If you find yourself having deja vu while reading this article, it’s for a good reason: two years ago, the band in this article had a CD release show, in January … at the Fox and Goose. So, no, you’re not just imagining things.

The Sacramento mainstay indie folk-rock act Be Brave Bold Robot debuted their previous album Press E to Continue on Jan. 23, 2015. To commemorate their newest release, entitled But to Hate God Do Get a Hot Tub, once again they will bring their audience to the British pub for another night of ale and new tunes. When asked why the Fox and Goose is such a popular location for BBBR shows, frontman Dean Haakenson explains during a phone interview with Submerge:

“We’ve had a couple of CD release shows [at the Fox and Goose]—this is the third, I think—and one of those previous two … both of them were really well attended. But the 2013 show, I was told by the booking guy our night was the best night they had had in a couple of years. We have a particular bond, feelings for the Fox and Goose. I love that place.”

“We’ll play anywhere,” Haakenson adds. “We actually like to play if it’s a venue we haven’t played ever, or for a while, we might prefer to play that place just to check it out.”

Whenever I run across bands or projects that have made it past the decade mark (by my calculations, BBBR is coming up on their teen years at 13), I find myself fascinated with that sort of longevity, which eludes so many. It’s nearly impossible not to poke and prod a little for insight how one might last through the harrowing task that is keeping a band together long-term.

“Bands are funny little things,” says Haakenson. “I’m sure you’ve heard all the cliches: a marriage, but with five people.

“I think it’s my determination to keep on managing the band, push the issue that we have a practice, get everyone to the practice space, to book the shows, to play,” continues Haakenson. “I guess if I wasn’t doing that, I don’t know if anyone else would. Combine that with the players actually wanting to play with me, that has everything to do with it.”

The band’s newest album, the aforementioned But to Hate God Do Get a Hot Tub, follows suit with previous efforts as far as overall tone and theme. Haakenson describes his albums generally following a formula which includes a sound similar to the quality of their live performances, and lyrically following a general narrative.

“[On] all of the previous albums, we pretty much create the sound we have live, and this is no exception,” he explains. “I think some people appreciate that. We recorded with Patrick Hills, a local guy that’s getting a lot of local business, and he did a really good job. [The album] has got a nice, big studio sound.”

Hills records out of Earthtone Recording Company, on 18th and D streets in Sacramento. According to Haakenson, Hills even sings a bit on the album. “The line, ‘He had sex in the Fox and Goose bathroom,’ on the song ‘Networker’ … [We asked him], ‘since we just need to do this one part, in lieu of us coming in, can you just sing that part yourself on there?’”

“I’d go with him again,” Haakenson says of working with Hills. “He was great to work with.”

As for the direction of the album lyrically, the songwriting narrative also took a thematic direction for Haakenson. From beginning to end, But to Hate God … tells the story of the human experience, from the life of a teenager through middle age.

“From song-to-song, each song is talking about a narrative environment that goes chronologically through the life of a person,” Haakenson says. “From the beginning song, about teenage brothers doing mushrooms, the second song is about some 19-year-olds about to travel the world, the third song is about that point when you see your social circle growing,” and so on, finishing up with the final tale, “which is probably the one that is the most autobiographical … talking about a guy that’s ripped off so he sends in a complaint to a regulatory office.”

Speaking of deja vu, a few of the tracks on the new album are leftovers from BBBR’s previous release, which was entirely comprised of commission pieces extended to donors through a Kickstarter campaign.

“On this album, two of the songs, ‘Better Late’ and ‘Hiking’ were songs that I wrote to fulfill an obligation from the Kickstarter [campaign] from the last album we put out in 2015 [Press E to Continue],” says Haakenson.

“I did a Kickstarter, it got funded, and I had put a price point of $100, and I should have set it higher, because the promise was you get all this merch and a new album, but I will also write you a song. I realized, ‘Oh shit, I have to write this whole song, and I have a deadline.’ That was fun, and I think that it does help for me to have a deadline, to get some creative work done. But, also it’s a little stressful. So ‘Hiking’ and ‘Better Late’ were from these fulfillments I had to make.”

While the experience was a bit taxing, due to the deadline, Haakenson has used this method of songwriting in prior work.

“In the past I’ve written other songs for people that had said: ‘write this’ or recommended this … and I crafted a whole song around it,” he says. “There was an older song of mine that was on the first album I put out, back then I wrote this song about a grandmother who raises her grandson, and in the lyrics, it’s evident that the child is young, and the child gets older, and at the end, he’s talking to his partner, he’s asking her to go over to his grandma’s house and look after her. And one of the last lines is, ‘Shambling idle gait,’ which is the literal definition for a shuffle. That whole song came out of somebody’s [idea] to write a song about that, using that phrase.”

Having finally wrapped up the remaining obligations in regards to his Kickstarter campaign from the previous album, Haakenson is free to let inspiration come naturally.

“That’s usually how it happens,” he said. “I think when you leave it up to such random choices, and I’ll admit I don’t write as frequently as I should. I realize now it’s better to just experience life itself, and just wait for inspiration to strike.”

Help Be Brave Bold Robot make new memories at the Fox and Goose on Jan. 20 at their CD release show. Also performing will be Chili Sauce and Bellygunner. A $10 cover charge will get you in the door as well as a copy of BBBR’s new album, But to Hate God Do Get a Hot Tub. Fox and Goose is located at 1001 R St., Sacramento. For more info, go to Foxandgoose.com.