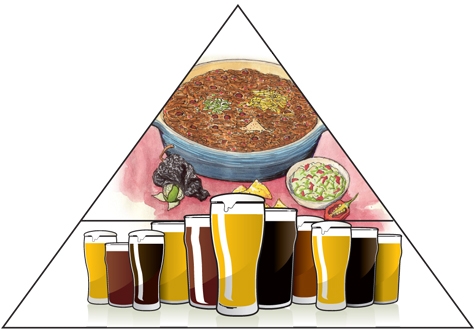 Do you know the two most important food groups on the pyramid? They’re beer and chili! At least they will be during the Beer and Chili Festival as a part of the third annual Sacramento Beer Week. The event includes live music, contests, homemade chili and beer samples from 18 different breweries. Enjoy beer from Hoppy, Ruhstaller, Auburn Alehouse, Sudwerk, Black Dragon, River City, American River, Dust Bowl, Two Rivers, Loomis Basin and Lost Coast. Don’t forget to bring a bib, extra napkins and sun block to Southside Park in Downtown Sacramento on Saturday March 3, 2012, from 12 to 4 p.m. And if beer and chili aren’t enough to get you excited, this event is raising money to help fund art education in Sacramento to the homeless and at-risk youth.