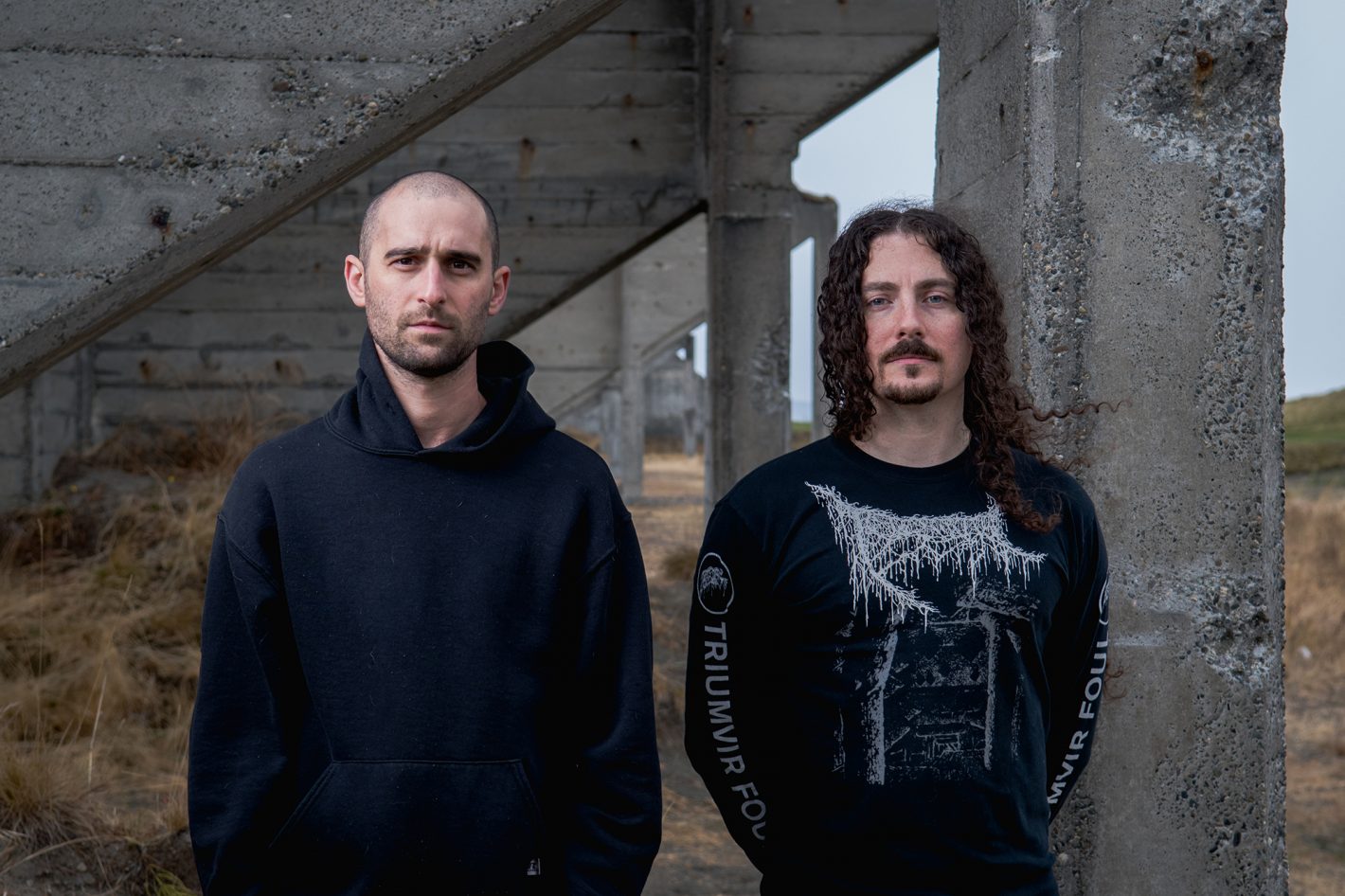 Seattle duo Bell Witch resides in a city known for its dark and gloomy months accompanied by heavy rainfall for days on end. While listening to their music, one can’t help but wonder if their surroundings play a role in their brooding, doom-y sound. But climate alone doesn’t paint the only picture for to their sound and struggle. In May 2016, original drummer/vocalist Adrian Guerra passed away. And though co-founder Dylan Desmond (bass/vocals) was stunned and shocked at the news of his friend and bandmate’s passing, he knew the legacy of Bell Witch should remain and that his work as a creator wasn’t finished.

Desmond didn’t have to look far for a new bandmate. His then roommate and good friend Jesse Shreibman served as a natural fit, not only due to close proximity and familiarity, but due to the fact that he is a stellar drummer and multi-instrumentalist was able and willing to step in. “Adrian and I started parting ways in 2015 after Four Phantoms was released,” said Desmond. “The three of us were already good friends, so Jesse was in essence already part of the family.

“I was previously in a band called Samothrace originally from Lawrence, Kansas,” Desmond continued. Most of us were approaching our mid-20s and felt like we were getting too old for the college town and wanted to get out.”

Since 2015, Bell Witch has written and recorded two full-length albums—Four Phantoms, and the brand new epic Mirror Reaper, which is a single-track masterpiece that spans nearly an hour and a half in length.

Amidst the tail end of a month-long tour, Desmond elaborated upon his abstract lyrical themes, such as ghost narratives, the structural formations of songs and his experiences of recording with the legendary Billy Anderson. 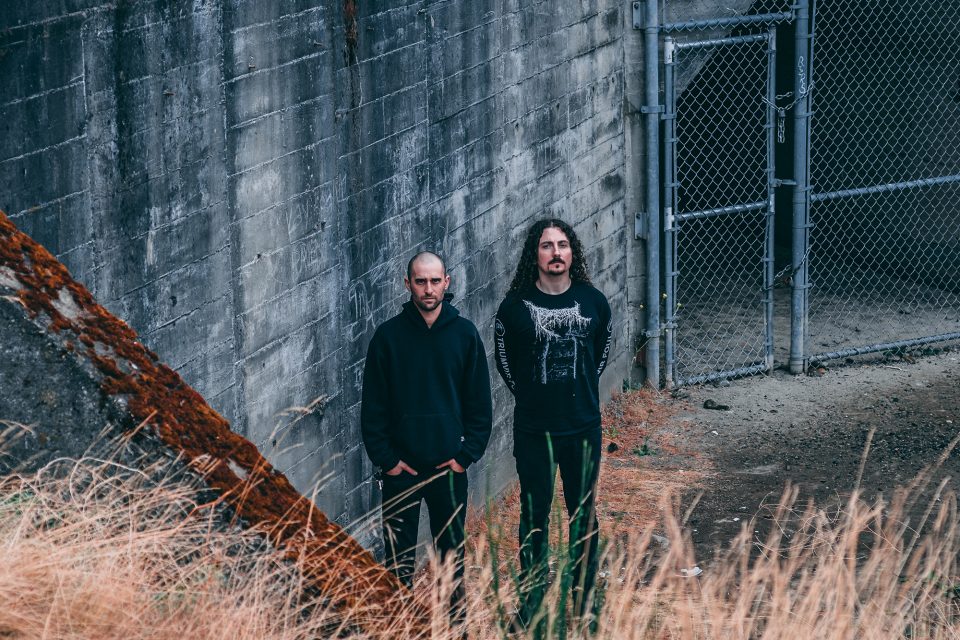 Where did Bell Witch get its start?
We had a lot of friends that had moved to Seattle over the years, so we gravitated towards there. After playing in Samothrace, Adrian [Guerra] and I were previously in a band together called Lethe. Our guitarist moved away and a friend asked us to play a one off as a two-piece in Seattle. We pulled off a couple songs at the show and had so much fun that we decided to keep playing and writing new material, which became our first demo.

What were some advantages of residing in a modern rock mecca like Seattle?
I actually do booking at a venue in Seattle called Highline, so we were essentially able to hand pick some shows we were on, which made it easier to play often with similar, like minded-bands.

How did the transition with adding Jesse [Shreibman] come to be?
During the writing and recording process of a new record, Adrian suddenly passed away. Initially, Jesse and I were taken aback and didn’t know what to do. After a healing period, we pushed ourselves harder and knew we had to do a special record honoring Adrian and ourselves at the same time.

Jesse is an incredible musician and quick learner. He incorporated his instincts well and began expanding on earlier ideas with the inclusion of playing an organ module with his left foot that transfers to a MIDI controller foot pedal, which adds another texture and fills out our sound.

The new album Mirror Reaper clocks in at a lengthy 83 minutes. How did the writing and recording process go?
The original idea was to do two separate tracks as part of one larger movement and theme. As the song progressed, we had the music mapped out to fit into seven tracks, paralleling the idea of seven points of the Hermetic Code bearing polar opposites. Once we were finalizing the song, it seemed like an injustice to divide it. There are several parts that go from full-on big distorted riffs to near silence quickly. It was suggested that those would be good areas for song breaks, but we saw it as intentional dynamic shifts for a drop in mood to occur. We proposed one single track to the record label, anticipating backlash, but instead they said, “I like weird shit.”

This was our second time working with Billy Anderson, who has incredible visions in the studio. His brain works faster than anyone I’ve ever met. Billy works magic with reverb and delay effects, and pushes the boundaries with low end by putting a contact microphone on an 8-by-10 bass cabinet. He’ll add a ton of reverb on a distorted bass track, which will make it sound more like a synthesizer droning on. It’s almost like spreading butter on toast and covering the entire area. At his house, he has a bunch of cool achievement pieces from over the years. One item is a 7-inch vinyl record from the band Tad. On the cover in Sharpie pen it says, “Billy, you are alchemy. – Tad.” That quote seems like the perfect summarization of Billy because of his creative genius. I can’t fathom not working with him again.

Can you speak to some of the themes of on Mirror Reaper?
All of the songs are written from the perspective of being stuck in a purgatory place in between life and death. The whole album is written with one voice of a ghost that isn’t dead or alive, somewhere in the gray area. We were originally starting off with the concept of having two different sides to the record, “As Above” and “So Below,” being a reflection of one another. As the lyrics came along, the “mirror reaper” phrases were being repeated, and conceptually it seemed less generic and better encompassed the lyrical content as a title. As a mirror reaper, it implies an Ouroboros—without the object in itself there’s nothing to reflect and the reaper implication makes it destroying itself all the while.

Where do your influences come from?
When Bell Witch started out, we listened to a lot of funeral doom and death-doom bands like Warship, Skepticism and diSEMBOWELMENT. Musically, we weren’t pulling from the bands that play fast music with double-kick drums, but the death metal song structures appealed to us with using a lot of half-steps as opposed to big open major chords and progressions.

How has the new material been received by show attendees on the road?
The shows have been killer, and turnouts have been solid every night—so far so good. We’re currently in Virginia and have toured through these regions over the past few years supporting our previous records. The management and promotion teams have done well spreading the word and it seems like there have been a fair amount of reviews of the new album, which helps.

What’s next for you guys after this tour?
We have nearly 30 minutes of recorded material from our last studio sessions that we’ll likely expand on for a new album. Though we’ve considered taking the next record in more of a death-metal direction rather than funeral-doom. There’s a chance we may go for an angrier, faster vibe, but we’ll just have to see where the wind takes us.

See Bell Witch live when they play Blue Lamp (1400 Alhambra Blvd., Sacramento) on Dec. 5, 2017, at 8 p.m. Also performing will be Monarch! and Chrch. Tickets are just $10 in advance, a small price to pay for so much metal, and can be purchased through Bluelampsacramento.com. This is a 21-and-over show.