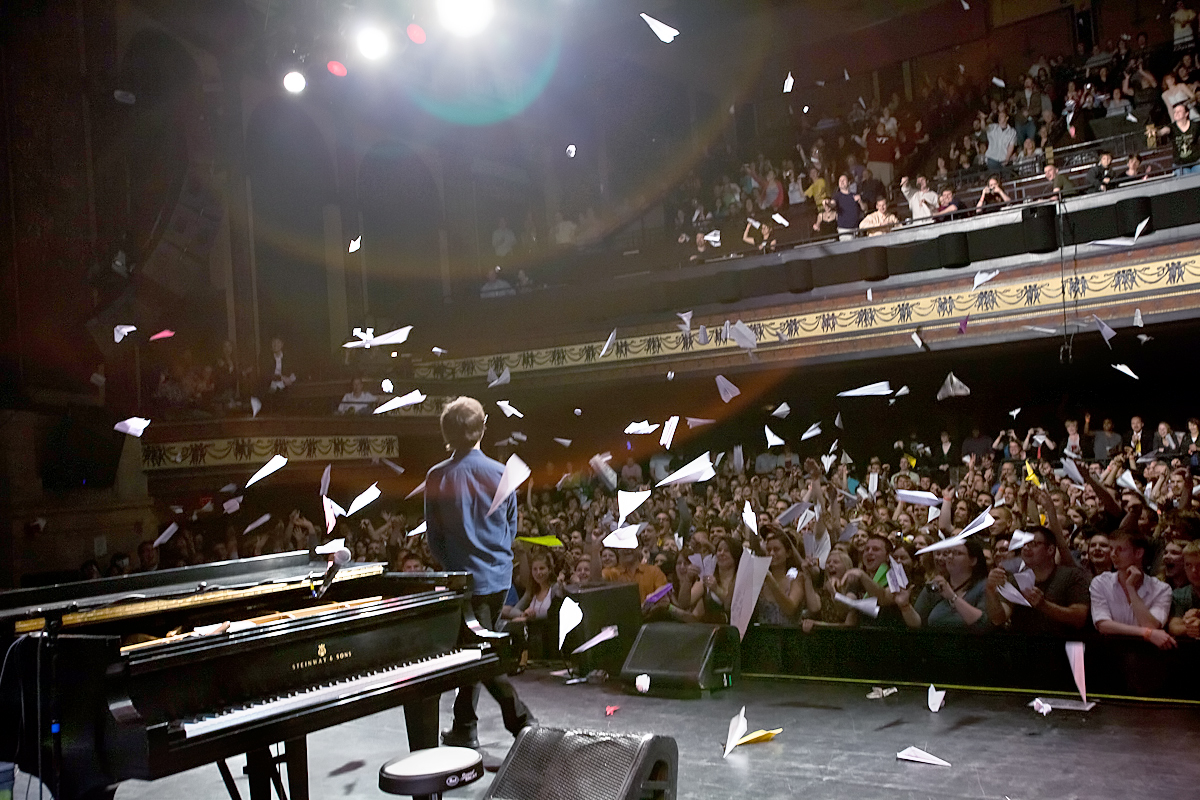 Ben Folds is a multi-platinum selling singer, composer and producer who originally found international success in the group Ben Folds Five. He has since gone on to have an impressive and influential solo career that consists of multiple studio albums, a couple live albums, music for film and TV, an a capella album and tons of collaborations with other artists. His solo shows are widely praised, highly interactive (more on that in a bit) and not to be missed. Luckily for Sacramento music fans, Folds will be bringing his Paper Airplane Request Tour to Crest Theatre (1013 K St.) on Tuesday, Sept. 26. “The first time I brought up paper airplane requests was when I tweeted before a show: ‘If you have a song you want me to play, then write it down on a piece of paper and launch it as a paper airplane after I give the countdown,’” Folds wrote in a press release of his unique idea to interact with fans. “The response was incredible, with waves of paper airplanes flying from the audience on to the stage right on cue.” You heard the man, start writing down those requests and making them into paper airplanes now. Get tickets before they’re gone at Sblentertainment.com, Crestsacramento.com, at Crest’s box office or by calling (877) 987-6487.