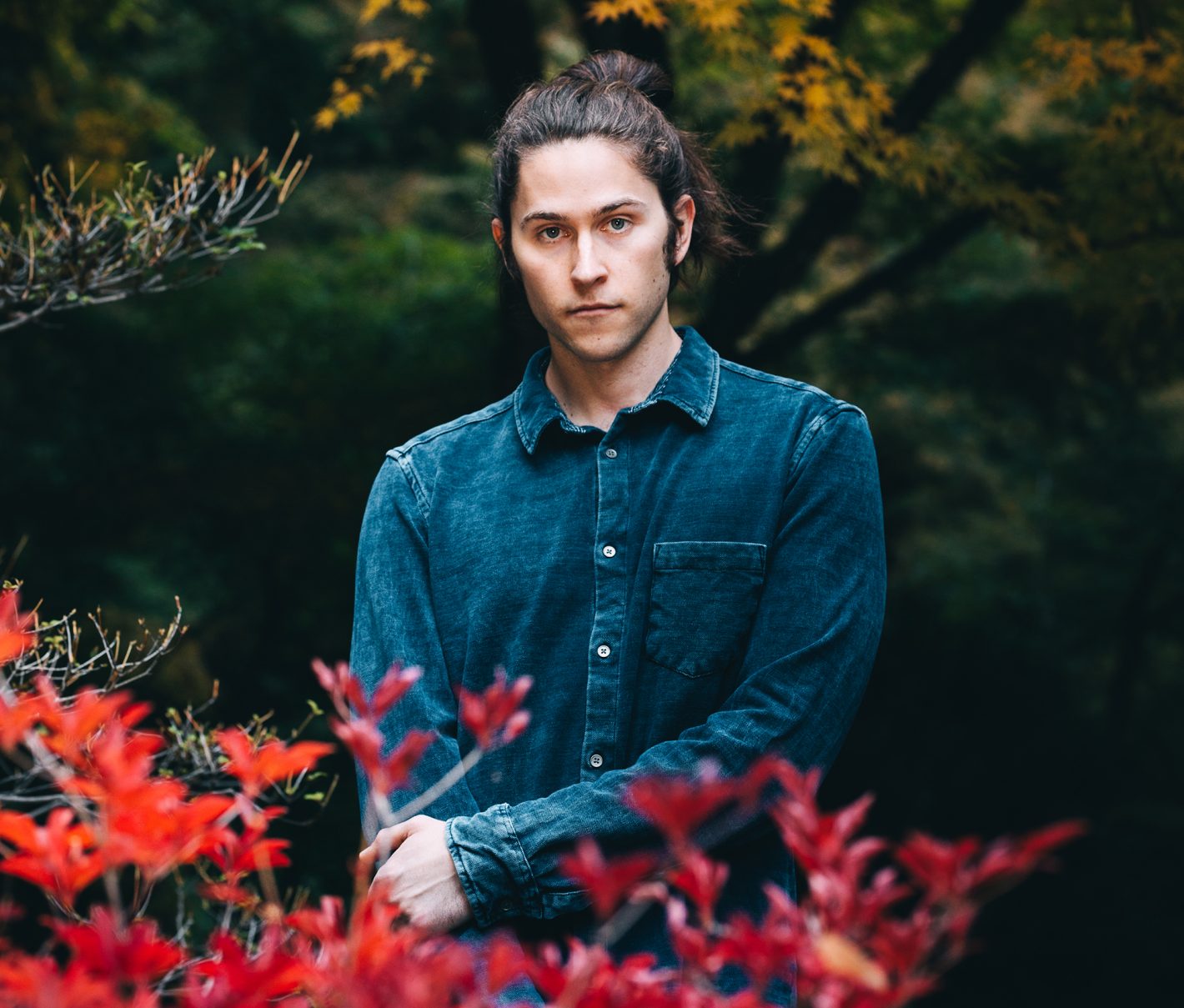 He’s entertained crowds around the world while on stage at Lollapalooza, Bonnaroo and EDC Las Vegas. He’s co-headlined shows with Louis the Child and toured with EDM giants Odesza. He’s even sold out Colorado’s legendary Red Rocks Amphitheatre. In the last few years, Jackson Stell, aka Big Wild, has increased his exposure rapidly, and so far in 2019, he’s continuing this momentum with no sign of slowing down.

Following his debut album, Superdream (released Feb. 1, 2019), Stell is gearing up for an upcoming 17-date tour across the United States in March (plus one in Vancouver, British Columbia). While he prepares his mind and energy for the slew of killer shows ahead, Submerge had the opportunity to interview the East Coast native. We covered his journey from hip-hop beatmaker into electronic genre-blender while he now adds smooth-crooning vocalist into his repertoire.

Growing up in his home state of Massachusetts, Stell was introduced to performing music through the trumpet and piano. Though he didn’t connect to classical instruments at first, when he started creating music on the computer the experience made an impact he’d never forget.

As a young teenager, “I first really got into producing when I downloaded FL Studio [software to create music digitally, formerly known as FruityLoops] in middle school. I wanted to make hip-hop beats,” he said. “When I started to put beats and sounds together on the computer, that’s when I really fell in love with making music and decided to devote my life to it.”

Fast-forward to college, Stell started to experiment with electronic sounds and was intrigued by not only incredible natural settings, but the the remarkable details surrounding our everyday lives. During his first visit to California, the West Coast made a massive imprint on his soul. Impacted by the state’s beautiful curves and waves, he based his stage name off of the significant adventure, hence his name: Big Wild. He moved to the Golden State soon after.

When he pulled the trigger and uprooted his life to the west, Stell became enamored with electronic music. He started to upload his tracks onto SoundCloud as Big Wild and eventually, through years of developing his craft, his experiments resulted in Superdream.

Superdream takes the psychedelic stylings of classic rock and funk and thrusts them into a refreshing digital angle. While the project progresses Stell’s whole sound, his personal boundaries are pushed through his voice. Before this project, Stell had never used his vocals for a major release, and through this new creative curve, he begins a new phase in his musical journey.

On his choice to use his own vocals, Stell explained, “I was in this consistent creative block, just using instrumental music and not knowing how to excel in the direction I wanted. I initially came to the conclusion that I needed to move beyond making instrumental tracks if I wanted to really express what I wanted to express.

“That’s when I really decided to sing vocals and add that to the project,” Stell continued. “It felt like a new album was a really good time to experiment with it [his vocals], making my story a little more known and sharing a little more of who I am.”

In the cover art for Superdream there sits a woman in profile. She’s alone and surrounded by sand dunes. The image may evoke loneliness in some, but the music presents a different story; perhaps the woman is in awe of the landscape, with the tracks of Superdream complementing her surroundings.

“City of Sound,” the first track off Superdream, has a nostalgic, funky tone, blending the disco sounds of the ‘70s with new wave beats of the ‘80s. This romantic, yet groovy tone will surprise avid Big Wild fans as it strays away from his usual hints of hip-hop. But listeners will hear his roots unveil in songs like “Pale Blue Dot,” where glitch-filled trap vibes make for a definite hip-hop mood.

If listeners sense a cinematic nature within Superdream, Stell has done this purposely. Regardless of the setting—whether a day at the office, sunset on a beach in Mexico, or the incredible frozen glaciers of Iceland—Big Wild’s Superdream is meant to provoke living in the moment and enjoying new perspectives. His ultimate mission with this project is to have audiences look at the world with more detail.

Along with fresh use of his vocals, Stell also embraced other new sounds that involve guitar. The tender guitar riffs used throughout his debut album not only tie the project together, but also evoke gentle moments in-between before the next blow of noise to the face.

Through guitar, listeners enter a harmonic realm within “Mopsy’s Interlude” and feel melancholic blues inside “Awaken.”

To elaborate on the addition of guitar Stell responded, “It’s interesting because this is also one of my first records where I’m featuring guitar; I’m not really a guitarist, I went into this project having never really played guitar. I knew it was something I wanted to get into and I basically just went for it. I think it was cool because it sparked a lot of ideas that I wouldn’t have come up with if I was still just behind a keyboard. It gave me inspiration for new musical ideas on Superdream.”

Among Big Wild’s best tracks on the album, “Joypunks” pushes classic musical constraints into an experimental direction. Nostalgic ‘90s house is the foreground for the track while minimal vocals push their way to the front, leaving the audience with plenty of energy. Whereas that tune warps together a pool of violin euphoria, “Heaven” takes a different direction. This piece opens with a light soprano over a climactic synth shift. Muted vocals conquer the silence and mixes hip percussion with infectious melody. Superdream takes listeners to a new environment, somewhere unexpected track-by-track and leaves you a little sad when it’s over.

For now, Stell’s main priority is his upcoming tour, but when asked on future plans, the impressive producer detailed, “I definitely have a lot of ideas for where I want to go with the next project. I do feel like I’m in this kind of productive mode and I do want to hit the studio and start creating again, while it all still feels really fresh. I want to continue doing shows throughout the year and try to record live sessions for online. I want to experiment with stripped-back versions of my music and give different perspectives in that way to people. I got a lot of things I want to achieve this year, too, now that the album is out and I’m really excited for it.”

For those confused on how to express themselves, Big Wild exemplifies an important message: Don’t be afraid to show your voice.

Don’t miss Big Wild perform live at Ace of Spades (1417 R St., Sacramento) for his Superdream Tour on Sunday, March 10, 2019, at 6:30 p.m. Also performing will be Robotaki and Mild Minds. The show will be ages 18 and over, and tickets are $20. For more information visit Aceofspadessac.com.