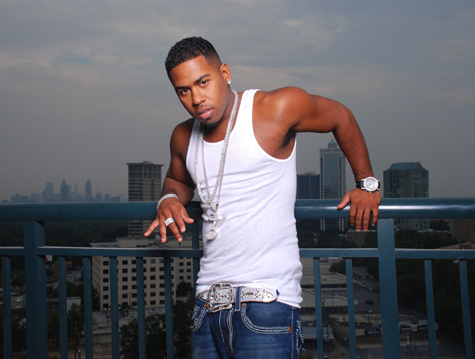 R&B artist Bobby Valentino has set out to make a name for himself as a musical mogul and has no intention to “Slow Down.” Valentino holla’ed at Submerge while touring through the American “backwoods” of South Carolina where there’s nothing to see but “cows and a lot of grass.”

Valentino has certain name recognition throughout the radio and R&B world. He’s that smooth dude who puts out those catchy hip-hop infused love songs, right? Well yeah, but the dude’s done more than just set the mood for baby makin’ or giving a shout out to your “big baby boi boo” on a Sunday night slow jam radio show.

Actually, this Atlanta-based singer started out with a group named Mista when he was a teenager in the late ’90s. The group had a hit single called “Blackberry Molasses” (featured in the T.I. movie ATL). But the success seemed to subside after that single.

“We were a one-hit wonder. That album was very big,” Valentino says.

Returning to high school meant that Valentino went from “being a superstar to being normal again.” Kids would sing lyrics from “Blackberry Molasses” when he walked down the halls of school, he says. The difficult times for the industry didn’t defer Valentino and he wanted to pursue music after high school, but his parents insisted he get the grades and graduate college.

“Being on top one day and on the bottom the next, they realized how unstable the music industry really was,” he says.

Through his college years, Valentino lived a double life. On top of the normal grueling grind of school, he didn’t give up on his musical career and would pull long days where he’d be in the studio at night and wake up early for class the next morning, he says. Although it was hard for Valentino to stay focused at Clark Atlanta University with a 20 to one female to male ratio, Valentino graduated with a mass communications degree in radio and television.

“More than anything from college, I learned how to multitask, how to be responsible and put the most important things first, and everything else, you know it’ll come later,” Bobby Valentino says.

After graduation, Valentino hit the ground running. With three demos post grad, he got signed as a solo artist by longtime connection Ludacris on his Def Jam imprint, Disturbing tha Peace Records. “When I was in the group Mista, Luda was on the radio. So there were a lot of times when he used to interview me on the radio. It’s just funny how things turn and that’s why you learn not to burn bridges,” he says. “He was interviewing me.”

Somewhere along the way, Bobby Wilson became Bobby Valentino from his affection for ladies and vice versa. The R&B love songs probably didn’t hurt either.

“I’ve always been smooth with the ladies, you know, and somebody just came up with the name and started calling me Valentino. I added it on to my real birth name, Bobby, put it together and BAM! You got Bobby Valentino,” he explains.

Under Def Jam and Disturbing tha Peace, Valentino had U.S. Billboard Hot 100 singles like debut “Slow Down,” “Anonymous” and “Tell Me.” After sophomore album Special Occasion reached it’s peak of record sales, the vocal Valentino was released from Def Jam in February 2008. He then met with his team and decided the best thing to do was step out on his own. Valentino asked to leave DTP and officially split in April 2008.

“A lot of people thought I was done. People called me stupid for leaving DTP. People said, ‘It’s over with Bobby Valentino. It’s a wrap.'”

But he wanted to get to the next level as an artist, Bobby Valentino says. “You can’t always be up under the ‘umbrella’ all of the time. You got to step out on faith. If I want to be like Luda who’s a mogul in the game, I can’t be up under Luda.” The only way to do that on his own was to start Blu Kolla Dreams.

Again feeling the inconsistency of the music industry, from February to June of this year was a “real tough time” in Valentino’s life.

“Like I say: A lot of folks, when you’re on top, folks want to hop on the bandwagon, ‘Woo, you’re the best, you’re the greatest.’ But when you’re down, folks they don’t want to talk to you, they act like they don’t even know who you are.”

Valentino used that message to stay focused and started recording his next album. He titled the album Rebirth to “reflect everything that’s happened since he was ‘dropped,’ he’s turned into a new person and he’s humbled.”

“It was tough to actually get things done even though I had a name,” Valentino says.

Valentino kept his head up, kept faith and kept working, insisting, “God works in mysterious ways.” He must have been right because he’s featured on rap royalty Lil’ Wayne’s “Mrs. Officer” joint from Tha Carter III—a song that’s been spreading like California wildfires. Fans are getting a taste of the new album that’s due to drop Jan. 27, 2009 with first release “Beep” featuring Young Joc. 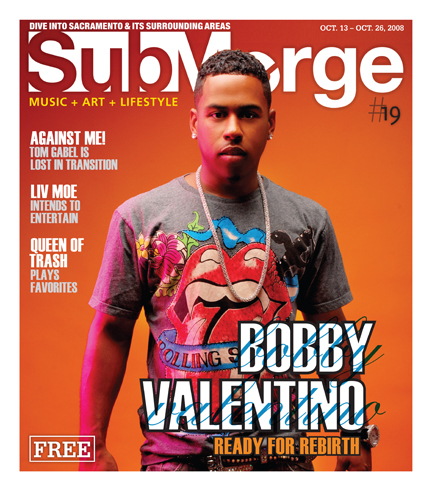