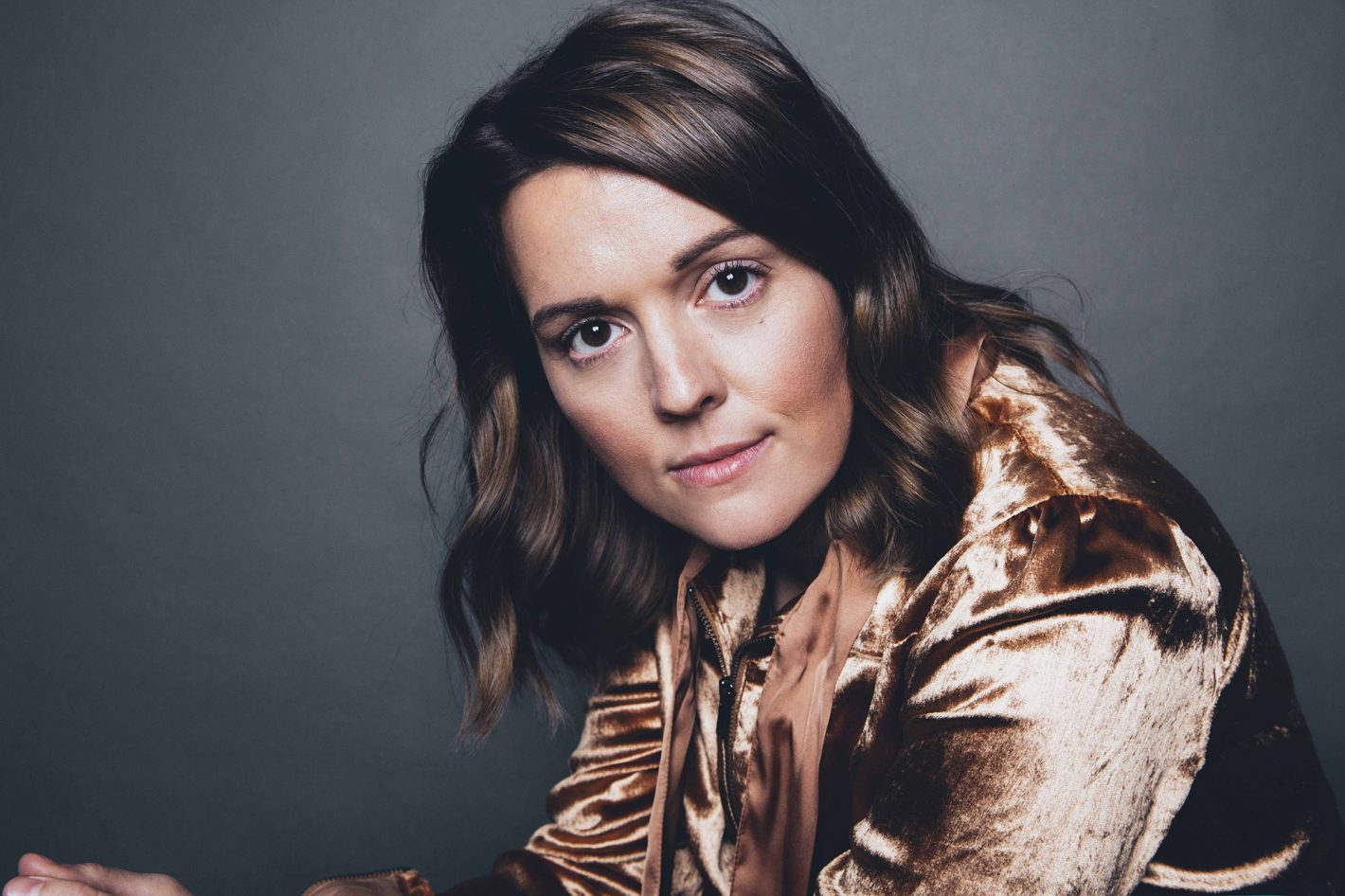 For most of us, our names are something personal, something representative of our identities. For musicians, names can mean a whole different thing. A name can suddenly become a team, or at the very least, a co-writer; Bernie Taupin and Elton John both serving as Elton John, for instance.

Such is the case for Brandi Carlile. Carlile came into Billboard-chart prominence with her breakthrough 2007 album, which currently boasts roughly 35 million plays on Spotify. The album’s title track starts as a soft, dreamy ballad before downshifting into a gritty pop-rock gear as Carlile’s voice rips and arcs over octaves with a thunderous delivery. Perhaps her name sounds more familiar from the plethora of hits stemming from her follow-up records, like the heavy-hitting The Firewatcher’s Daughter, with its charming opener “Wherever Your Heart Is.”

But here’s the thing: Brandi Carlile is not a solo artist, but in fact a three-piece band, consisting of Carlile herself, along with Tim and Phil Hanseroth, who are often referred to as “the twins.”

“We joke around about it being the family name all the time,” said Carlile.

Carlile herself grew up in a rural area outside of Seattle in a family steeped in love of country music. Her grandpa and grandma Carlile lived in an RV and followed bluegrass festivals around, while her mother’s side was fond of classic country-western. It didn’t take long for Carlile to develop her own affinity for it. Carlile eventually moved to Seattle and began playing around the city, where she met the twins. The three formed a band, but chose to stay under the name Brandi Carlile, which can at times still be tricky.

“It really isn’t [solo], it’s misleading,” said Carlile. “It causes me problems emotionally in my personal life, because it dilutes who I am. It makes the name that my parents gave me not me anymore; it makes it an organization. I have to check myself all the time with what I really want and what I really believe.”

Carlile and the twins have shared writing responsibilities since the start (“The Story” was written by Phil Hanseroth), and for Carlile’s newly announced upcoming album, By the Way, I Forgive You, the trio has homed in even further on their connection not only as collaborators, but family (Tim is married to Carlile’s sister).

“Over the years so much has changed. We’re all basically living in the same space, raising kids within each other’s families,” said Carlile. “As soon as someone brings a song to the table, we know exactly what it’s about, so we can add to what each other is saying without any guardedness. Because, I know what Tim is talking about; I was there, I saw it happen to him, and offering my perspective on it only helps, and vice versa.”

The album’s recently released first single “The Joke” debuted as a live video shot at RCA’s Studio A in Nashville, with Carlile flanked by the twins and backed by a modest string section, drums and keys, all flawlessly swelling as Carlile bellows choruses that give listeners the sort of rush of reaching a mountain peak. The polished piece starts with the line, “You’re feeling nervous, aren’t you, boy? With your quiet voice and impeccable style.” The verse serves as an offering for those unheard—particularly young boys.

“I think when we get into a frame of thinking that boys are men, are born privileged and starting out already ahead of everyone else, that can be really toxic,” said Carlile. “There are so many different kinds of boys—they can be trans, they can be gay, they can have an ethnicity that’s unacceptable to their peers in the place that they live. There are so many things that can make growing up difficult in general.”

The song extends to a greater political message, an anthem for those who need it most during our currently polarizing political climate.

“I don’t mean to be a reductionist about it, but the election really shook me to the core about how susceptible I was to complacency, how many things I didn’t realize about the country I was raised in,” Carlile said. “It just made me realize how many people feel disenfranchised, unloved, unrepresented and illegal in the place that I’m so proud of, the U.S. 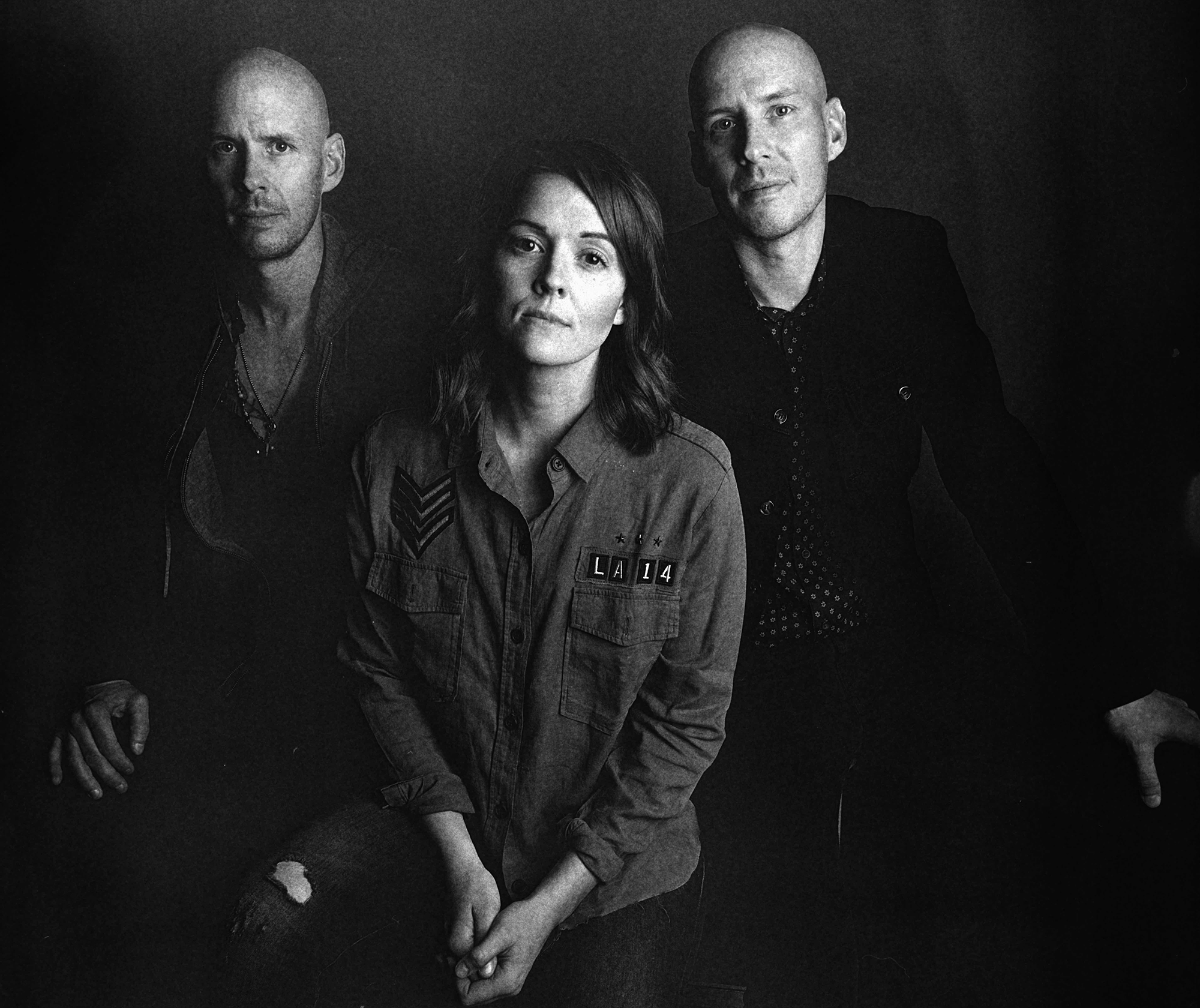 “One of the things that the election did is that it woke up a lot of people in all walks of life, and it galvanized us so everyone now has this sense of activism. I feel like ‘The Joke’ is a bit of an uplifting song for people, so we can feel powerful simply because we’re born with certain unalienable talents and rights.”

This sentiment is strong, and is made even stronger by the team surrounding By the Way, I Forgive You. The album was produced by Dave Cobb and Shooter Jennings, with string arrangements by the late Paul Buckmaster and cover art by Scott Avett of The Avett Brothers. The tone of the album is political, but also emotional. The songs for the most part explore the relationships within Carlile’s life, with her greater family and her role as a mother.

“It gives you a heightened sense of awareness of what family really is, chosen and natural,” Carlile said. “I think children are just a clearer lens. Whatever you feel, whether you feel a sudden sense of gratitude, of regret or remorse, bitterness, rejection, [having children] just heightens that awareness and really forces you to deal with it. I think that’s what this album is really about: finding a place of acceptance for the things in life that are really hard, and not complacency, but acceptance of [those things], that you can still be you and be heard, and you can find—I don’t mean to sound trite or cheesy—you can find forgiveness for yourself because that’s what makes you not have cancer, live happier.”

For Carlile, in the midst of that understanding comes even the simple things, like embracing her collaborators and all that Carlile means, while finding space for herself under her own name.

“I have to be reminded by people I love that there’s still a me that’s separate from everything else, even though we use my name to represent it,” Carlile said. “That’s a difficult thing to understand, and I’m really lucky I’m getting a handle on it when I’m young, so I don’t confuse Brandi Carlile as an organization from Brandi Carlile as a person, because I really am pretty simple.”

You’ll have two chances to see Brandi Carlile live in the Sacramento area: On Dec. 16, Brandi Carlile will play Jackson Hall at the Mondavi Center for the Arts on the campus of UC Davis. Showtime is 8 p.m., and tickets can be purchased through Mondaviarts.org. The next night (Dec. 17), check out Carlile and the twins at the Veterans Memorial Auditorium (255 S. Auburn St., Grass Valley). This show also begins at 8 p.m., and tickets are available through Thecenterforthearts.org. Singer-songwriter Savannah Conley will provide opening sets for both shows.