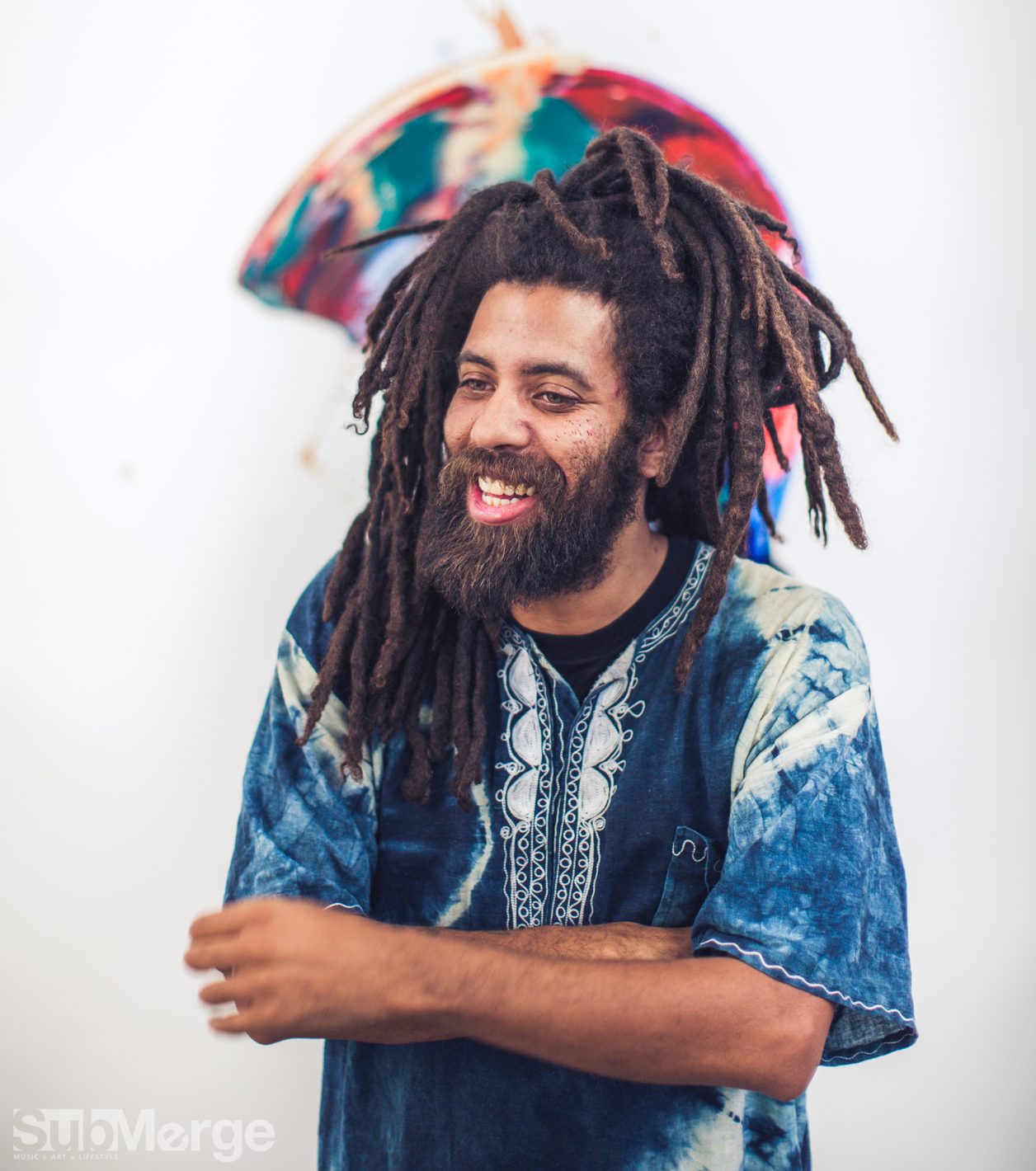 Longtime Sacramento creative Bru Lei is a talented rapper, muralist, activist and much more. Though he doesn’t limit himself to labels, Lei admits that the title of magician comes close.

“I think that people who label themselves are limiting themselves,” said Lei when Submerge sat with him at B-Side on S and 15th streets. He noted the bar’s charming “dive class” and continued, “No matter what you call yourself, whether it’s a shaman or teacher, I think magician would be what I’d call myself. Do I believe in magic? Yes I do. Do I feel the world is magical? Yes I do.”

Lei is originally from Columbus, Ohio, and is set to open for fellow Ohio rapper Blueprint at Blue Lamp on June 27. This won’t be the first time they’ve shared the stage. Sitting over an old scrapbook and photo album, Lei showed us momentos from touring with Blueprint more than a decade ago. As he pulled out old concert flyers and posters, we looked over snaps of him and Blueprint on the road. One of his shirts in the photos is emblazoned with “Ohio” on what looks like a road map; it’s easy to sense Lei’s pride in being from the Buckeye State. The last time he and Blueprint saw each other was in Ohio more than two years ago for Lei’s birthday.

Lei cites his mentors as DJ PRZM and Blueprint for their large roles in helping him develop his craft and learn the music business. As we dove deeper into his past, we started talking about his beginnings in hip-hop.

He first dabbled in rapping as a teenager, recording himself with a tape recorder and a CD player. Lei would stand between both components trying to get the timing right. He recalled a time when he took a Nas record his mom owned and rapped over the disc as it played. In the recording, Lei can be heard spittin’ rhymes over Nas’ raps while the beats are heard in the background. His first experiences with rapping over original instrumentals included trips to his uncle’s music studio, where he would play him potential beats on instruments like the piano and more. Although he doesn’t quite remember why he performed, Lei remembers his first show being in 1999.

Though choosing music full-time has always been a dream, Lei noted how difficult the industry is and how challenging the strive for success can be, especially when finding trustworthy peers to help fulfill your dreams. He was burnt out eventually on the road, and touring wasn’t making him feel as enthused as it did for him in the beginning.

“I respect all artists that are actually doing it because it goes back to that longevity and work a person puts into it,” explained Lei. “There is a lot of stuff that will break a person down or quit. Whether gangsta rap or underground or backpack rap or whatever. If someone has been doing it [striving for success as an artist in the music industry], I respect that because it’s hard. You see artists go crazy because of it.”

When Lei came out west, he followed DJ PRZM to Sacramento. Lei has seen the city change so much since he arrived in 2006. Prior to the move, he had never been to California and though he has lived all over the Golden State, now he’s back in Sacramento.

“I had responsibilities in Ohio, but at the time [I moved], I never really had been depressed in life besides a break up or something At that point I was like ‘What am I really going to do with my life?’ And then I moved out here,” explained Lei. “PRZM was a big part of the hip-hop scene in Ohio and he was like my older brother, so it just made sense for me to come out here after that.”

Lei added that after his first show in Sacramento on the Capitol Building steps in downtown, he thought “This place is interesting,” and decided to stay for a while to see where his curiosity lead. Throughout the years he’s made friends and family in Sac and has become actively involved in the art, music, and activism scene. 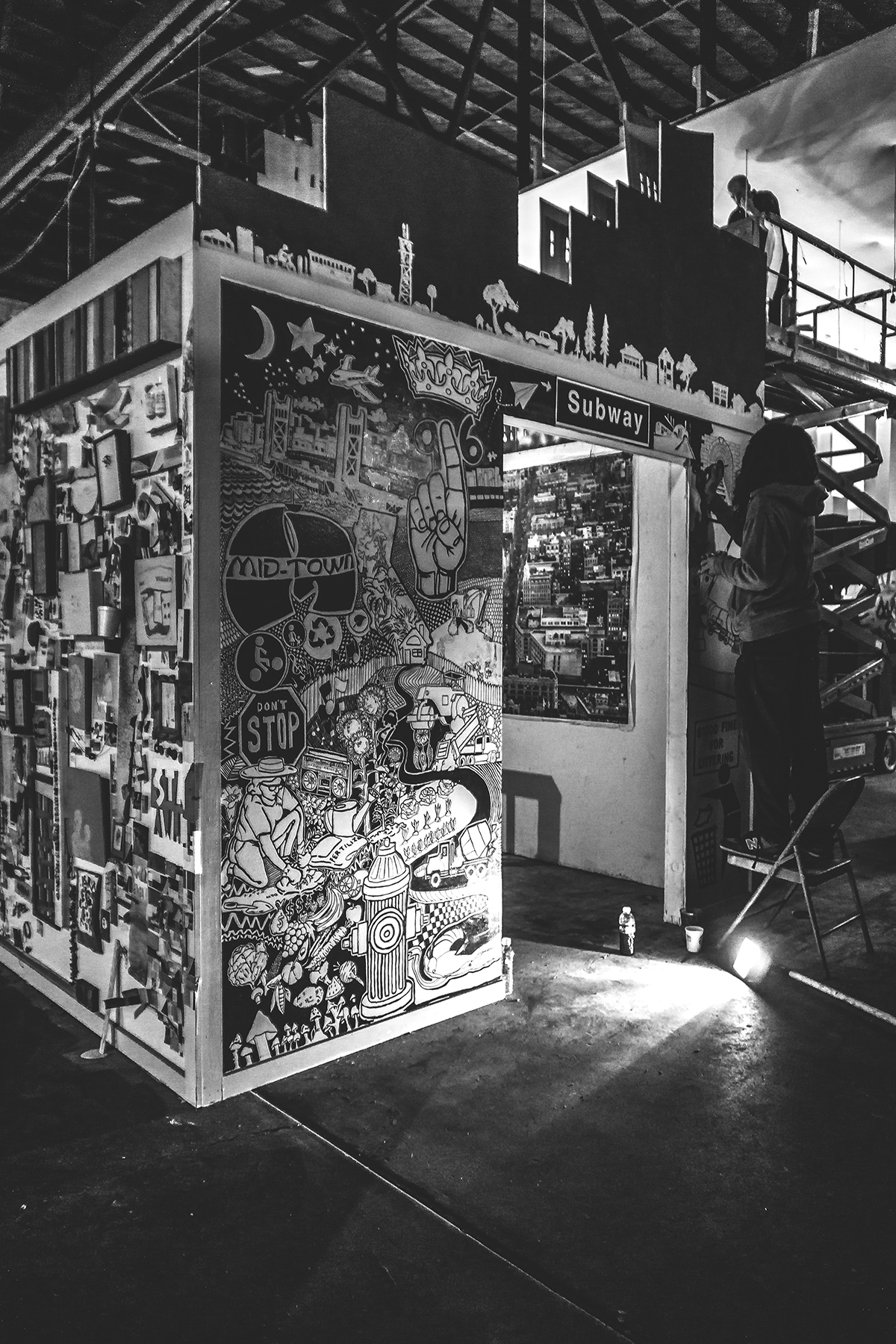 “I’ve been just doing a lot in the art community,” Lei said. “I try to stay up with the music community and the music scene and the art scene, but I’m only one man and can only do so much. I try to be selective with my energy and time so I can go out and support other artists.”

Lei contributed a piece to Art Street last year; one of the more recognizable pieces involved a black-and-white mural on the outside of an installation as a type of ode to Sacramento. It included the familiar Wu-Tang Clan logo manipulated to reflect Sac’s thriving area of creative minds in Midtown. 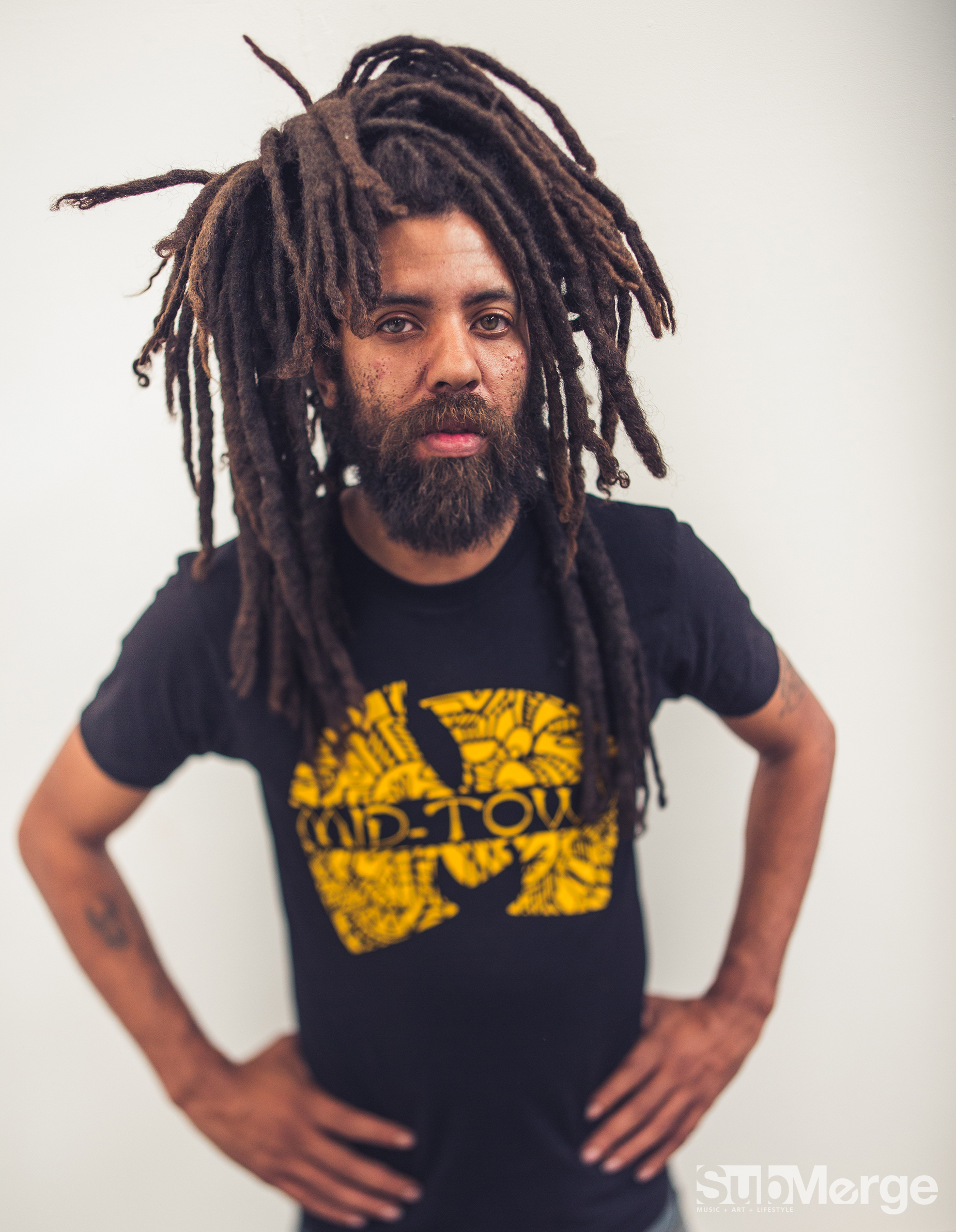 Wu-Tang Clan has had a huge influence on Lei his entire life. As he recollected multiple meetings with Wu members, he mentioned an awesome encounter with Method Man as a young teen at Disney World. He also brought up another encounter when RZA gave him shrooms.

“Wu-Tang Clan changed the hip-hop game,” remarked Lei. “To the level that they did, they just changed it more than anybody else as far as the culture and as far as

the clothes. They had Wu Wear, they had nine members, they had break-off groups, and they were in movies, yet all so down to earth.”

Sacramento now has a strong pull for Lei, too. Blue Lamp in particular brings up good memories for him.

“The last show that I did was at Blue Lamp when rapper Eyedea passed away. The first drink I ever had in the state of California was at Blue Lamp. It’s a sentimental place for me,” detailed Lei. “Blue Lamp has this gravitational pull that leads me back. It’s always special when I’m in there. I’ve seen it change owners but still play hip-hop. It stands the test of time.”

Lei has toured around the country, opened up for Del the Funky Homosapien at Concerts in the Park last year and continues to make an impact on the world through his art and creativity. His two albums released last year, Selfie and The Secret Recipe, are both reminiscent of that gritty, strong East Coast rap from the ‘90s. It reminds us of the foundation of what rap was built on.

“No matter who likes my music or who doesn’t like my music, the fact that I’m still doing it is enough for me,” explained Lei. “I’m supposed to be on songs that have been months or weeks in the making, but if I don’t have the right time and proper setting to actually work on something, I’m not really trying to force it just to say that I did it. No matter what other people think of my music, to me it matters if I liked it.”

On what’s igniting his creativity now, Lei reported that he’s been painting. He just finished a mural for a Co-Ed youth basketball league that was created in hopes of connecting communities across Sac. Now he is going where the universe guides him and looking and listening for signs.

Whatever he is doing, we will eagerly stay tuned on what the magician has up his sleeve next.