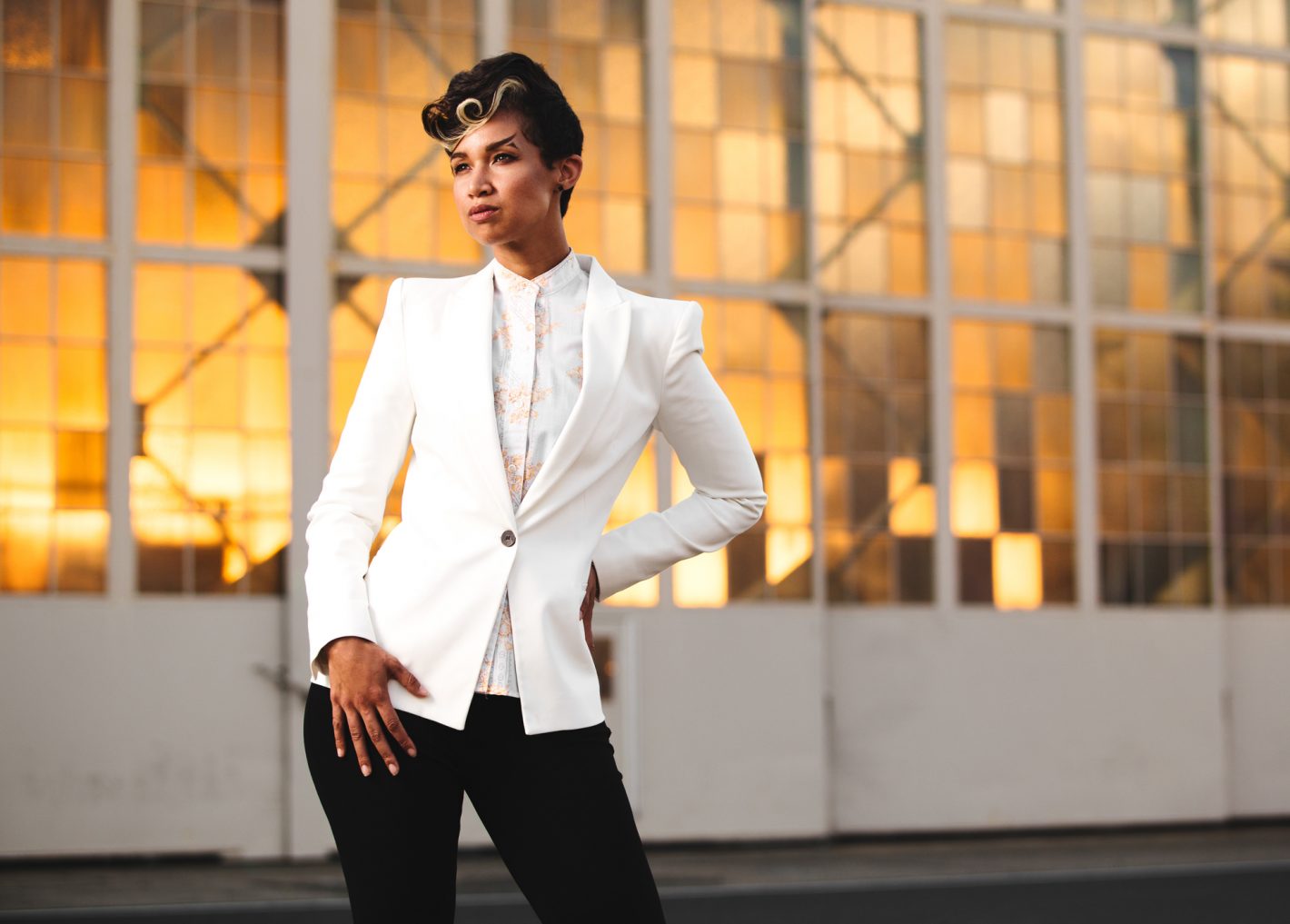 When Butterscotch plopped down in my dining room, I noticed she was wearing a Tupac shirt, which shot me back to the ‘90s, when everyone was like, “Keep it real.” Remember that? No? That’s because you’re 12-years-old. Well, let me tell you a little something about the old days: They were stupid, and when people said “keep it real,” what they actually meant was, “Look mad as fuck and wear Timberland boots,” which led to entire suburban school districts full of kids who thought they were Tupac. But here’s the thing, not even Tupac was the cartoonish version of Tupac. Tupac Amaru Shakur was a poet, an artist, a dancer, a revolutionary and a thinker. In an interview from 1988, the 17-year-old said, “Ain’t no secret, the world is in bad shape. So we have to do a lot of good things.” It’s a beautiful thing for a teenager to say.

I’m always reminded that the reason people love Tupac isn’t because he wore bandanas and spat at cameras (OK, no, I actually love that shit); people love him because of his complexity, his commitment to intellect, and even his hypocrisy. Tupac was nothing if not authentic. He truly wanted to make the world a better place, and it wasn’t until people got in his way that he tried to destroy them. He was the perfect image of a beautifully imperfect human.

That’s why I’m always excited to talk with Antoinette Clinton, known by most as Butterscotch, who seems to be in the midst of some sort of self-awakening, on the brink of becoming not just a musician, but a leader.

Over a glass of water (half full), she speaks candidly about the past several years since she was a finalist on America’s Got Talent, how she’s had to make difficult choices and her recent quest to find an authentic artistic self, a distinct path that will allow her to change the world on her own terms without having to bow to the god of mass appeal. “For 10 years, it’s been, ‘She was on America’s Got Talent!’ and I’m just like, ahhh, I’m more than that!” While she’s kidding, I imagine that kind of thing—being pigeonholed as a one-dimensional reality show character—can really be frustrating, especially since the guitar-and-piano-playing, beatboxing-and-rapping virtuoso has been working hard to gift the world with her grand artistic gestures.

“I fully feel who I am and what I’m supposed to do and my purpose. It’s to inspire and I know that a lot of people have gone through the same things as me and it’s to give motivation and purpose to others and to encourage them to keep going,” she says. “And also just to make them feel good.”

She also understands that in order to make fans happy, she has to be happy, too. “I’m trying to do more things that not only help me grow, but that are fun and that inspire me. I’ve done corporate stuff which pays really well, but it doesn’t feed the soul,” she says.

While she’s been out as a gay woman for about 10 years, Butterscotch wasn’t always super open about it. She never hid the fact that she was gay; she simply didn’t talk about it.

“It’s not easy when the majority of the world is judging you and you have to be super comfortable and confident to know that’s who you are,” she says.

She recently performed at SF Pride and will perform at DTLA Proud Festival at the end of August, and her single “Accept Who I Am” marks a sort of turn in her career where she is not simply “out,” she’s claiming her sexuality and drawing a line in the sand in the name of LGBTQ people. The second verse of the song is where shit gets heated: “It’s none of your business if I’ve slept with a woman or a man/ Frankly I don’t give a damn what you think, I’m a freak, what I do in the sheets, doesn’t concern you, I don’t/ understand, why you care so much, why do you people stare so much, why you point and glare so much,/ Like you’re the one to judge/ Living your fucked up life you can’t get enough.”

Her latest single “We Are All We Got” is equally as civic-minded, with an attention to human connection and a call to spread your narrative throughout the world, even if that narrative causes discomfort. 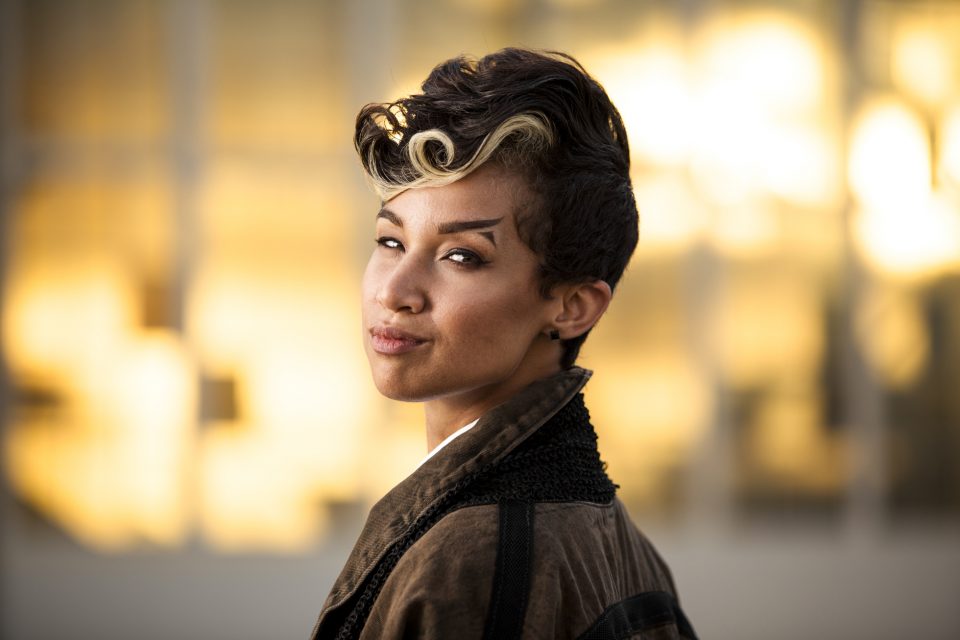 I have a feeling that no matter where she goes, Butterscotch will always be the one from America’s Got Talent, which is why she’s wary about the many offers she’s received to be on other televised talent competition shows. “I’ve been approached several times. I don’t want to be known as that,” she says.

But that doesn’t mean you’ll never see her on TV again. “If it was about music and would focus on my story, then sure,” she says. “The only thing is that people thrive on drama, so it would have to be carefully crafted. But I’m a pretty open person.” Butterscotch pauses. “Well, semi-open,” she says, laughing.

This careful weighing of opportunities (“I’m not that much into astrology, but I’m a Libra. I weigh everything,” she says) is something that’s foreign to someone like me, a garbage human born with zero self-control (I’m a Gemini). If someone offered me a reality show, I’d probably buy some bigass sunglasses, quit my job, move to Los Angeles and never speak to normal people again. But since Butterscotch has a highly functioning brain, she is able to weigh each opportunity with the help of her girlfriend, who asks a simple question: “Would you be proud of it?” It was this question that led Butterscotch to pass on the opportunity to appear on Showtime at the Apollo. If it’s just for exposure, and not contributing to the nourishment of soul, she won’t do it.

“It’s a rough industry,” Butterscotch says about showbiz. “Fortunately, I’m pretty good at networking.” This talent has led her to perform at the Hatch conference in Montana, where creative professionals (filmmakers, artists, entrepreneurs, the guy who created Siri, etc.) gathered to listen to each other talk and to trade ideas.

Her knack for networking also led to one of my favorite Butterscotch appearances, her 2016 talk at the Peace of Mind Storytellers event, where she addressed mental health issues and how art helped her overcome some serious shit. “I used to cut my arms all the time. It was a deep and dark time for me,” she said in front of the crowd. She talked about how music saved her life, but also how she had mentors that told her she should stay in the closet, that she “should get a fake boyfriend.” She fell into a deep state of depression and wondered if music was the way. “I wanted to shave my head and move to Spain,” she joked. Her willingness to spread her narrative with grace and humor and to commit her life to assisting others has helped her deal with her own demons.

“In the end, it’s just like, fuck it,” she says, “so you might as well love your life and do what’s best for you.”

It’s exciting to fathom what’s next in Butterscotch’s quest toward self-fulfillment. No doubt she’ll extend her generosity toward youth who need it the most: the depressed, the unsure, the outsiders, the outcasts, the humans who feel like they need a purpose and can’t find one. For these souls, Butterscotch offers a bit of advice: “Find your support system, whether it be a teacher, a friend, a family member, there’s always going to be someone out there who does understand and people that will help, even if it’s me,” she says. “You can reach out to me.”

Catch Butterscotch at the Girls Rock Sacramento Benefit Concert presented by the California Women’s Music Festival on Saturday, Aug. 5, at Ace of Spades, located at 1417 R. St. in Sacramento. General admission tickets for the show, which also features new wave mainstays Missing Persons and an array of local acts, are available in advance for $25 at Cwmusicfest.com or Aceofspadessac.com.