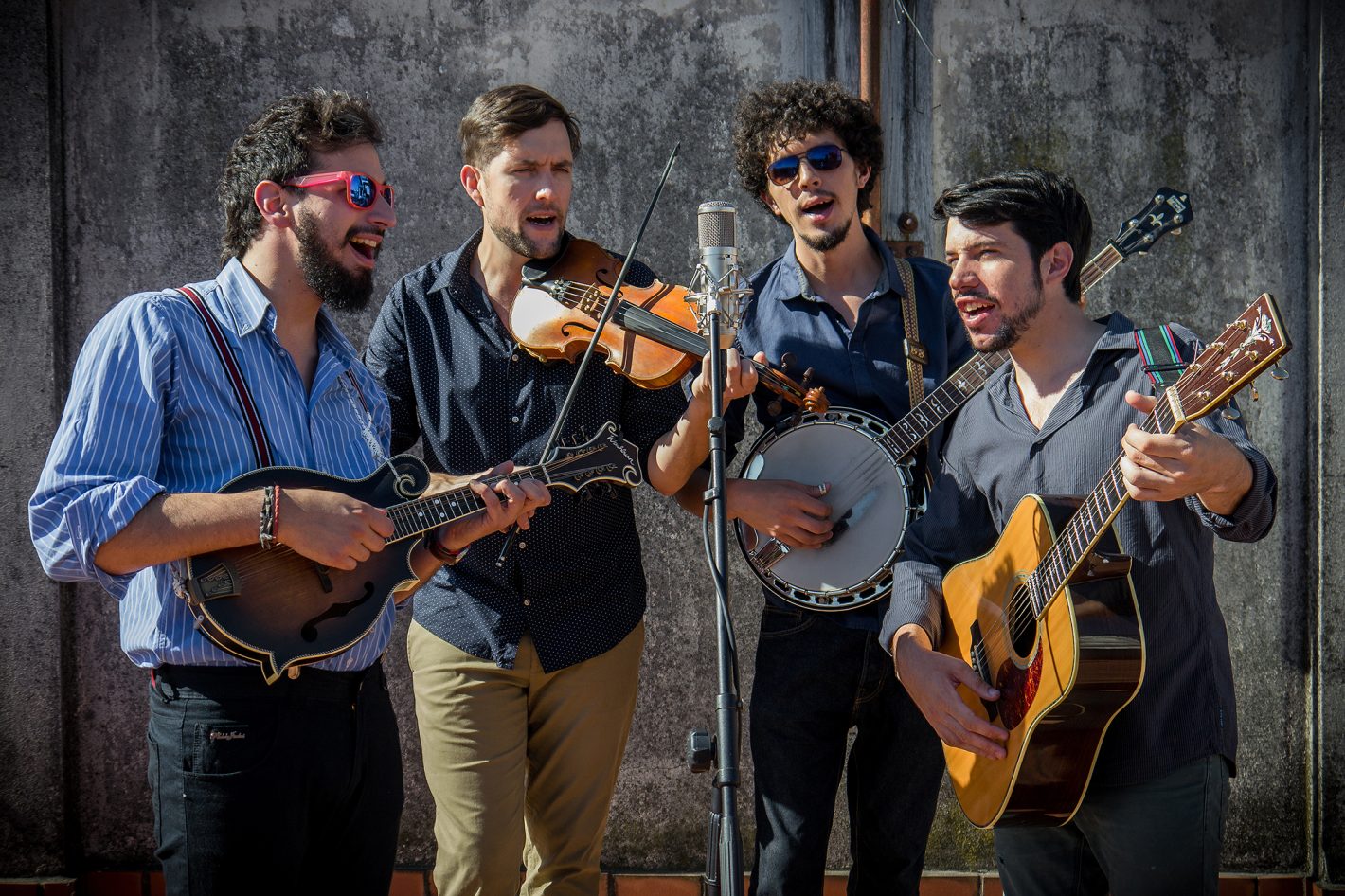 And we thought the all-cello metal band Apocalytpica was going to be the most unexpected fusion band to come through Sacramento this year. Well, Che Apalache, a Buenos Aires-based Latin-bluegrass band, just may have them beat. Joe Troop, the group’s fiddler, is originally from North Carolina but moved to Argentina in 2010. While trying to make his way in the music scene, he taught local musicians the art of old-time and bluegrass. Eventually, he and three of his best students, Franco Martino (guitar), Pau Barjau (banjo) and Martin Bobrik (mandolin) formed a bluegrass band in 2013. Over the years, Troop’s mountain music would blend with more local flavors, and thus, Che Apalache’s distinctive fusion sound was born. Despite being separated by vast distances, the traditional music of Argentina and Appalachia actually share many instruments, like guitar, violin and mandolin. Because of this, songs like “Red Rocking Chair,” which brings Argentinian strumming and harmonies to an old-time classic, seamlessly blend the genres together. You can catch Che Apalache at the Sofia Tsakopoulos Center for the Arts (2700 Capitol Ave.) on Friday, May 24. Doors at 6:30 p.m., show at 7 p.m. Tickets are $35, and can be purchased at Sblentertainment.com.