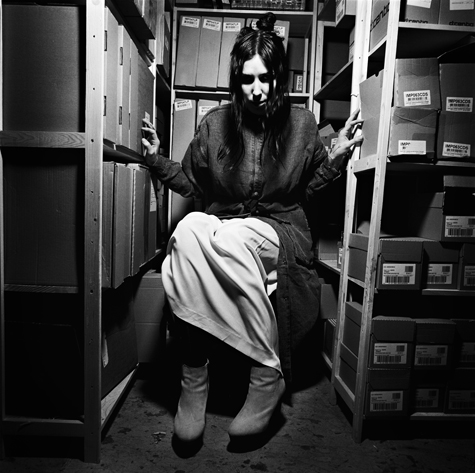 Chelsea Wolfe’s music is a study in contrasts

I remember watching Chelsea Wolfe perform many years ago at a small cafÃ© in Sacramento. The sound system was old and out of date, patrons talked too loud, blenders whirred maniacally and Wolfe had that look in her eye like she wanted to annihilate the world, one human being at a time. Her delicate face–deep set eyes and thick, pouty lips–is good for emoting, and ultimately bad at hiding emotion. Right when she began playing, the microphone cut out and then buzzed, snapped and failed again. Finally, after the sound crackled for the last time, she mumbled something under her breath that sounded a lot like, “Fuck this,” threw down her guitar and walked off the stage. Perhaps it’s the sadist in me, but I love watching that kind of shit–artists in turmoil; the very real moment between creation and insanity; the instance of the gentle poetic soul breaking clean in two. While some say a tantrum is tedious and unprofessional, I say a good mental breakdown is simply part of the show–a bonus performance. This elegantly dramatic mental collapse is something Wolfe seems to have perfected over the years, but it’s not something that she’s exactly proud of.

“It used to be really bad,” Wolfe says of her stage frustration. “I would play two or three songs and have to leave the stage. I didn’t like playing in an atmosphere where I didn’t feel welcomed, either by the sound person or venue or crowd–or myself, even–so in the past I’d just say ‘fuck it,’ and be done.”

But over the years, and perhaps even despite herself, Wolfe has been mesmerizing audiences, first capturing our attention with her 2010 release, The Grime and the Glow, a collection of catchy but distorted and unsettling tracks, like “Moses,” which reaches Black Sabbath levels of fuzz cut in half by Wolfe’s starkly clean, yet heavily reverb-y vocals. A year later, Wolfe would release Apokalypsis (again on Pendu Sound Recordings), which continues the musician’s penchant for darkness, yet pays strict attention to texture, both sonically and emotionally–the music displays a certain amount of gloom, but isn’t necessarily gloomy, and it’s Biblically referential without being obvious.

“I was religious during my formative years, so I think that sort of Biblical language permeated my way of thinking,” Wolfe explains. “Don’t read that as me having any sort of religious agenda, though. I am just fascinated by Biblical imagery, as well as Nordic and Greek mythologies. I’m into the ancient and the modern and constantly trying to reconcile them within myself and my songs.”

It’s “doom folk,” as some call it–a layered exploration of complexity caught somewhere in between PJ Harvey’s angelic call of the soothsayer and Gorgoroth’s wickedly dirty odes to Satan. In fact, Wolfe’s version of Norwegian black metal band Burzum’s “Black Spell of Destruction,” with unintelligible chanting and grating repetition, manages to sound less pop-y and a hundred times scarier than the original (if that’s at all possible). Wolfe’s fascination with the complexity of existence not only manifests in her eerie and beautiful music, but in pretty much everything she does.

“I’m inspired by a macro and micro view of the world…questioning everything from big to small. I like to explore contrasts: idealism and reality, physicality and spirituality, light and death,” she says. “Answers come in the form of epiphanies for me. Something about putting things into words and phrases, into a piece of work like a song or album, helps me to make sense of it. There was a perfect line in [Tom Robbins’ novel] Jitterbug Perfume: ‘The ultimate answers cannot be given, they can only be received.’”

As for the reception of Wolfe’s music, it’s been overwhelmingly positive, from a glowing review by The Needle Drop’s feisty music nerd Anthony Fantano to an NPR review that literally left the writer scratching his head in blissful confusion (“When the slow-burning bummer that is ApokalypsisÂ hits your misery nerve in clear focus, it hits hard,” wrote Lars Gotrich). 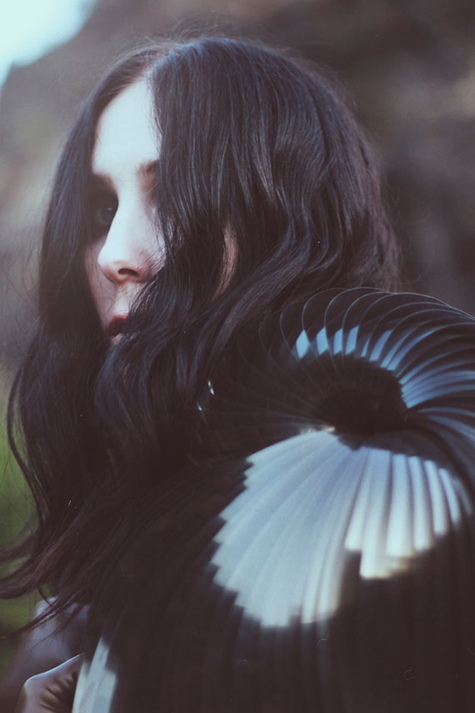 All-in-all, not bad for a Sacramento girl, right? Which then begs the next question: What’s the deal with artists living in Sacramento and then ditching it for Los Angeles? (Hear that, Trash Talk?)

“I took my time finding my voice and figuring out what the fuck I was doing with my music in Sacramento,” Wolfe says. “Sacramento is a great place to do that because there are very supportive folks there and a great community of musicians, but it was time for me to leave. I’ve always been an outcast musically anyway, so I don’t think it mattered where I lived; I just needed to be in a place where I was around people who were inclined to work and get things done in music and art.”

That said, Wolfe’s Sept. 5 return to Harlow’s in Sacramento (where she’ll play songs from both The Grime and the Glow and Apokalypsis, as well as new material, plus a few tracks from an upcoming acoustic album, Unknown Rooms: A Collection of Acoustic Songs, due Oct. 16, 2012) brings forth a bit of moody ambivalence.

“I don’t feel particularly excited or not excited for playing in my hometown, but I do look forward to seeing friends and playing music,” Wolfe says. “I only wanted to do the show if I could put together the bill, because I’ve been wanting to play with Screature for a while now and I really didn’t want to come play with bands I’ve never heard before.”

And that answer–full of truth, edge and hesitance–is precisely the angst-ridden Chelsea Wolfe that we have come to adore: the kind who uses (in her own words) “harsh, King James phrasing,” the kind who colors the world in the black paint of truth netted with a laced veil of brusque melodrama…that is the Chelsea Wolfe we’re paying to see, whether we admit it or not. But the stage antics–the nervous rage, the pissy demeanor, the throwing of the instrument in a tantrum of mental anguish–are things of the past; it’s all under control, she says.

“Over the years…I challenged myself to stick it out even if I wanted nothing more than to get off stage,” Wolfe assures. “Now I only get weirded out if there are technical problems, but I still force myself to keep going and lose myself into the music no matter what’s happening around me.”

Chelsea Wolfe will play Harlow’s on Sept. 5, 2012 with Screature and ESS. Tickets are $10 for this 21-and-over show that gets underway at 9:30 p.m. To preorder a copy of Unknown Rooms and check out a sample song, go to http://chelseawolfe.bandcamp.com/.