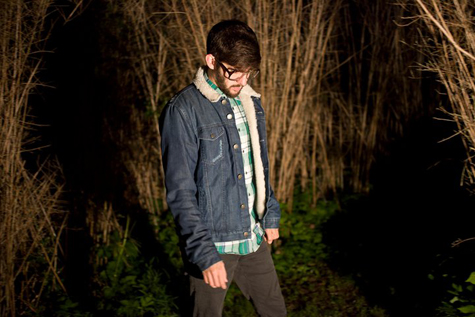 CHLLNGR, aka Steven Jess Borth II, is a rising Copenhagen-based (by way of Sacramento) electronic musician/producer with a new album out now on Green Owl Records called Haven. I was fortunate enough to hear this record early and it quickly found its way to the “allowed to play out loud and not on headphones only” play list at the Submerge office. I see the Grimey crowd digging it, as it dabbles in dub step. Hip-hop heads might get on board too, as some of the elements of the beats sound like straight old school shit. Haven has a little something for everyone: It’s smooth, subtle and easy to listen to. Absolutely perfect for late night “chill sessions,” if you know what I’m talking about. CHLLNGR masterfully combines elements of dub and R&B with what he describes as a “nocturnal aesthetic.” The nocturnal thing makes perfect sense when one watches the video for “Ask For,” which was filmed by Bjorn Stig Hansen over two summer nights in a Danish forest two hours outside of Copenhagen with one really bright light and a camera. It’s minimal, but it does not lack impact. Captivating shadow usage and slow-moving shots throughout the video make it apparent you can do a whole lot with one light and one camera when it’s pitch black. See (and hear) for yourself: