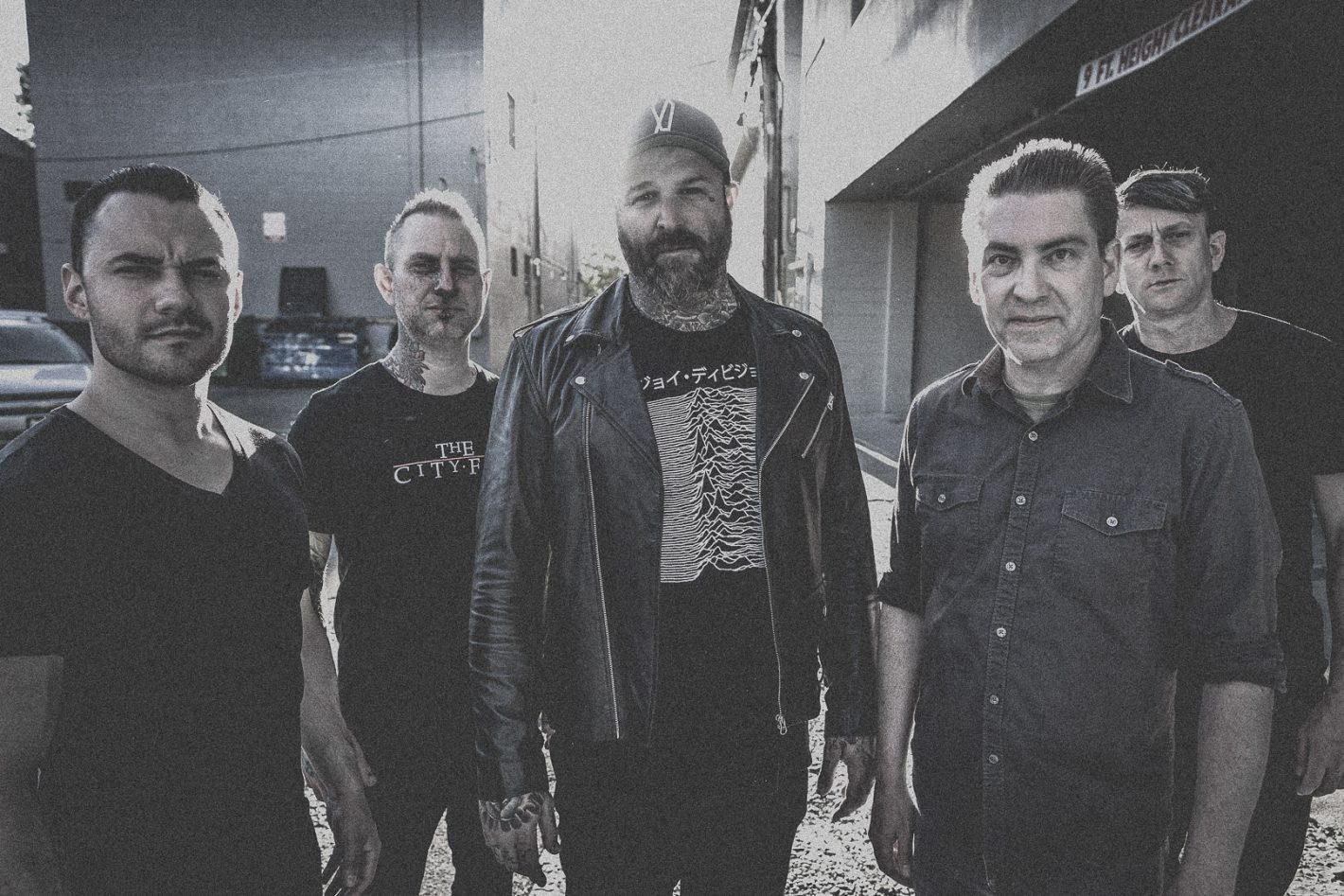 The older you get, the easier it is to forget events in your life. This applies to both the benign as well as important moments that helped shape you as a person. For Jake Desrochers—singer for local outlet Lonely Kings—it took an old friend to help remind him of who he once was.

“My friend Pat, who I’ve known since I was a child, was always sending me these funky Christmas gifts,” remembers Desrochers. “Just weird stuff, old pictures of an old skateboard we owned or something like that. He mailed me this tape that I had made of Coercion. And I hadn’t listened it for forever because I didn’t have a tape deck.”

To clarify, Coercion is the band Desrochers joined in 1996 with Good Riddance guitarist Luke Pabich, as well as two other Good Riddance members. Coercion was an ill-fated project that lasted less than two years before ending with the band parting ways with Desrochers and then disappearing in a heavy Good Riddance workload. Coercion, unlike the punk sounds of both Good Riddance and Lonely Kings, is more heavy rock than punk.

“[The band started] I believe in early 1996,” recalls Pabich. “The bass player and I conceived the band. The bass player of Coercion used to be in my other band, Good Riddance. He and I were friends, we knew how to play real well with each other. He had left Good Riddance, and he and I maintained our friendship, and we talked about wanting to start our own band with a little bit different style than what we’ve been doing playing just punk rock. So, we got together, started jammin’ out the riffs, we got our drummer, who was also the drummer of Good Riddance, he wanted to play drums with us. He said yes, and we started rehearsing at his house. Jake [Desrochers] actually rented a room in that house and heard us jamming through the walls, and just kind of popped in and asked if he could throw down some vocals, and the next thing you know we had a whole band.”

As someone who had very little prior experience, the young Desrochers found himself in contrast with his more seasoned peers, and quickly learned that the rest of his band took things very seriously when it came time to lay down tracks in the studio.

“We quickly put some songs together and then went and recorded,” Desrochers says. “I hadn’t experienced any real time recording. I had just been doing demos before there were producers or songwriting or all of that or any kind of editing. Basically we just threw some jams together and played. So when we went and recorded, I didn’t even have lyrics written down. I was trying to make them up on the spot or jot them down on napkins or coffee filters when no one was looking. I quickly learned in the studio how serious Luke and Tom [Kennedy, bass] and Sean [Sellers, drums] were at the recording process. I want to say a couple of months later we played a party, and it was this cool house party, and it kind of floored people, if I remember correctly. No one would really say much to us because people were expecting punk and we delivered what we did. There’s actually a couple of songs that we did that we’re still playing, and have made their way onto more recent stuff.”

After about a year, Desrochers was dismissed from the band. Desrochers sees the experience as having been quite devastating at the time, but says he learned a lot from the experience. Following his departure, he spent some time of self-reflection and used the lessons learned from experience and applied it to his new project, Lonely Kings, a project he had already been working on that is still active today.

“For me, I remember getting sort of ‘released’ from active duty as a singer, because I wasn’t showing up prepared,” Desrochers recalls. “I was bummed out about that. It was a really important lesson. I used to refer to it as I got ‘Mustained,’ like Metallica. He got booted and it bummed him out and motivated him to get Megadeth going and get that off the ground. So it really sparked the Mustaine inside of me to get Lonely Kings going and I learned a lot.”

While Pabich continued on to have much success with Good Riddance and had no reason for regrets, he never really let go of the feeling that things weren’t finished with Coercion. Was he tired of straight punk and wanted a new outlet? Possibly, but whatever the reason, the itch to finish what was started gnawed at Pabich until it had him reaching out to the former participants.

“There were a few conversations about this over the years,” Pabich says. “Basically when Coercion split up in 1997, things just kind of fell apart. We had kicked Jake out of the band and we were trying to find another singer. We just couldn’t find anybody nearly as good as Jake, and then the spirit died and me and Sean, the drummer at the time, were pretty busy with Good Riddance. It fell apart, and we were all upset about it because for a short period of time we had this really awesome spark of creativity. The whole band just felt really good. When it fell apart, it was hurtful. For a long time I was like, ‘Why did I let that go?’ … So, we all got older, we all got wiser, and more easygoing, and just started sending emails here and there.”

The increased communication started to pay dividends and eventually the group decided it was time to revisit this failed project of the past. The only issue that remained was that one of the founding members, drummer Sean Sellers, wasn’t interested. However, when Pabich put out feelers for a new drummer, an old friend came a-calling.

“We just put a Facebook post about it, and lo-and-behold one of my old buddies, Tony Palermo, who is the drummer of Papa Roach now—I’ve known him since the mid-’90s; he’s played in punk bands and he actually played for a little bit with Good Riddance as a fill-in drummer—he hit me up and said, ‘Hey, I’d love to do it,’ Pabich says. “He had some off time with Papa Roach, we met in the studio and basically brought the songs together on the spot in the studio over the course of four days, then we recorded our EP Exit Wounds in 2016. It was like a time capsule. It was songs we had written in the mid-’90s, and we resuscitated them, put a few new twists on them, got some good production and great drumming from Tony, and we thought that was going to be it. Like, let’s go back and capture that moment and close that door. But we found we wanted to see if we could stick it out and make a little bit more of it, so here we are.”

Now, a few years after they recorded Exit Wounds, Coercion is out with a new EP, Veritas, an album of entirely new music. Since Exit Wounds, the lineup has changed a bit: drummer Palermo wasn’t able to stay on due to his Papa Roach commitments, so drummer Anthony Garay of Ghost Parade entered, and the band added lead guitarist Jim Miner, formerly of Death by Stereo. But the band isn’t stopping with Veritas, as they are already working on new material and the possibility of touring—so long as if fits into their busy schedules.

“We’re looking now at doing a new album and new music,” says Pabich. “Looking to work a little more to try to find the right [tour] that works. I don’t know if we can go slug it out in little shithole bars for a month straight or something, but if we were to get on a leg of a decent band’s tour, we can definitely figure out a way to make it work.”

Coercion’s Veritas is out now on Bird Attack Records. The band will open for Papa Roach at Ace of Spades on Friday, Jan. 18, 2019. The show is sold out. Keep an eye on Facebook.com/Coercion96 for future dates.