Once More, With Vigor

San Francisco soul brothers Con Brio reignite the classic sounds of the ’50s and ’60s with two new singles, “Temptations Talkin’” and “California Cowboy,” set for release this fall on a yet-to-be titled EP through Burning House records. Both tracks respectively tip hats to the R&B, gospel and funk genres. Fitting, as the guys admit they’re heavily influenced by the charisma and energy of entertainers like James Brown and Jackie Wilson, with a deep admiration for funk purveyors Sly and the Family Stone and Billy Preston.

Formed in 2009, Con Brio (“with vigor” or “spirit”) quickly gained momentum in the San Francisco music scene performing at high-capacity venues like the Great American Music Hall, the Fillmore and the Regency Ballroom. A year later, the band recorded and released its debut album, From the Hip, followed by its live album titled The Bay is Burning in 2012. They continued the momentum with their first national tour that year.

Although this five-piece (which includes a two to three-piece horn section and full organ) originates from the Bay Area, Con Brio is no stranger to Sacramento, especially when it comes to multiple performances at the historic Torch Club. What’s more, new vocalist and dance machine Ziek McCarter, and organist and founding member Micah Dubreuil, are both masters of the long-distance phone interview—even if the two aren’t in the same city. Other up-and-coming bands take note: for our phone interview, McCarter was on a bus to Big Sur to perform with another band; while Dubreuil, who started at his apartment in San Francisco, found his way onto a bus heading to Los Angeles. Submerge caught up with the duo ahead of Con Brio’s scheduled performance at Torch Club’s third-annual Torch Fest, beginning May 24, 2014. 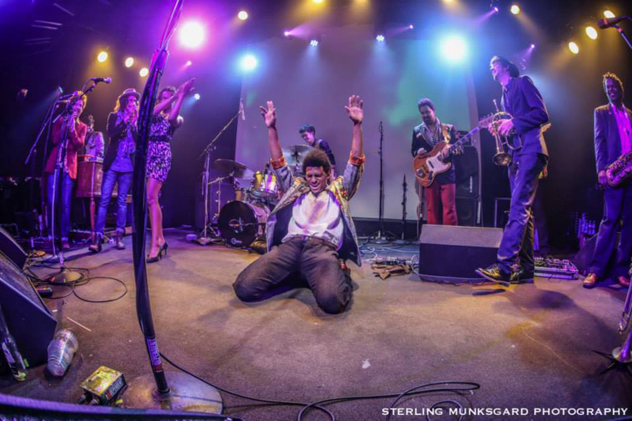 The latest music video for “Temptations Talkin’” off your new EP exudes a great deal of energy from everyone involved. Can you fill me in on some influences?
Ziek McCarter: Vocally, Stevie Wonder, Donny Hathaway [and] D’Angelo. Dance moves-wise, as an entertainer, I look up to cats like Prince, James Brown or Michael Jackson, or really anyone who is a charismatic performer, like Jackie Wilson.

Who influences you behind the organ, Micah? I hear Booker T., is that someone you’re fond of?
Micah Dubreuil: I haven’t listened to Booker as much as I should’ve. I know about “Green Onions” and so forth, but for me, it’s a lot more of the jazz guys, like Dr. Lonnie Smith. [He] is my biggest influence and hero on the organ. … Some of the younger guys as well like, Billy Preston and even some gospel players like Cory Henry, who plays in a band called Snarky Puppy.

What inspired you to play the organ?
MD: It’s just a beautiful sound, an incredible feeling. An organ is a 400-pound machine and there’s buttons and levers and it feels like you’re driving a big truck. I’ve been told I play it in a pretty heavy-handed way, I think it definitely helps push the sound and really elevates the music when the time is right.

The mixture of genres within Con Brio’s music seems to be a perfect fit for the Torch Club. How did you stumble upon that venue?
MD: We were recommended the Torch Club by our friends in a touring blues band. Since then, we’re happy to play there, always.

Which song relates to you the most off the new EP?
ZM: Oh man, that’s a hard one. That’s like asking me, do I have a favorite genre? I’ve been listening to one song all day called “Give it all,” which is a song that Micah and myself wrote. I’m really excited about it and I want it to make me cry and it’s almost there. Its story has so much emotion, especially for me. I’m making sure to push the song to the highest level and make sure that it penetrates myself first and foremost. I’m speaking in the context that I’m talking to a woman, but a lot of it is inspired by my father, who has passed. He gave me all that he had and I am what I am because [of him].

Why did you two want to join a funk or soul band?
MD: It’s so good, man. It’s the music I love. It makes me feel something inside of me whether as a listener or performer.
ZM: It’s something I always wanted to do since I was a kid, be an entertainer. It just happened to come through the vein of funk and soul, as a band. I used to play blues with my pops. So, I guess it kind of prepared me for what was to come.

What are you looking forward to over the next couple of years as a band?
MD: We’ve been lucky enough to play some great venues in San Francisco like the Independent, the Great American Music Hall or the Fillmore, but we’d like to perform at those kind of rooms around the country.
ZM: Hit all the major festivals and get on that festival circuit, like the one in Sacramento!

If you could perform alongside any one person from the past, who would it be?
ZM: It would have to be James Brown or Prince. The way they deliver in the moment and just their high energy and the momentum that they have. I feel like I operate on that same level, and so I would like to see first-hand how it’s done instead of watching videos.
MD: It’s funny, I might’ve been thinking James Brown, too. I get the most out of working with singers and drummers on stage. The singer is directing the traffic from the front with the audience and the drummer is working from the back. But, James Brown had so much energy and such an ability to capture a moment, I think it would be really incredible and amazing to have that experience. 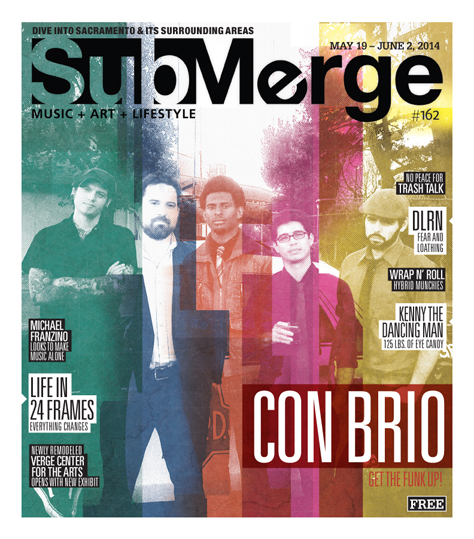